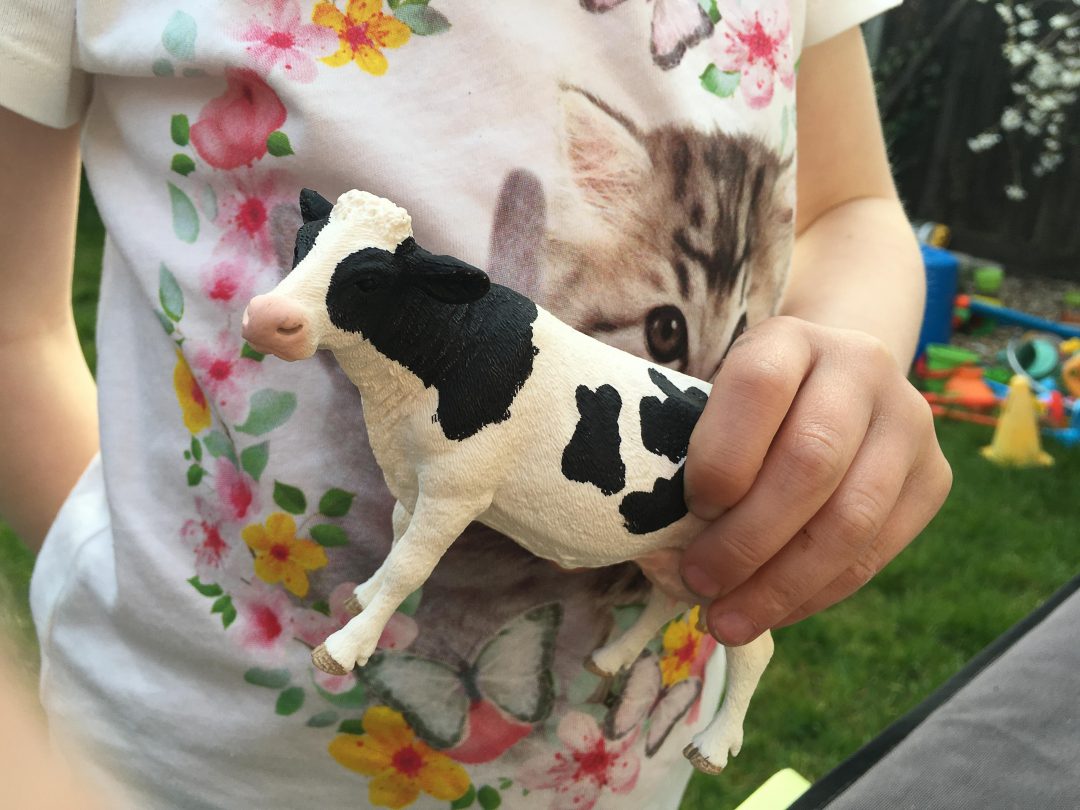 I know I keep going on about the weather but it’s been warm, and sunny, which means the children can play outside more! They love playing outside and our tuff spot is one thing which really facilitates outdoor play.

We were sent some of the new sets from the Farm Life range from Schleich to review. As soon as my children saw the packaging they were really excited as they love Schleich toys. The two sets were:

Stable cleaning kit with calf and lamb (41422)
Every morning, the farmer gets up early to tend to his animals. The Shropshire lamb and the Fleckvieh calf have just come into the world, and are still a little wobbly on their feet. They need a lot of care. Are they healthy? After the farmer has checked that they are happy and healthy, he feeds the animals and brings them a bucket of fresh water to ensure they have enough to drink. Then he takes the broom and sweeps the walkway between the stalls. My first farm animals (41424)
The farm animals are exploring their new home and sniffing their surroundings curiously. The pig jumps up with delight – its keen sense of smell has led it to some apples and carrots. It devours them, munching happily. The farmer feeds the hay to the Black-Pied cow, which is already mooing hungrily. The cute little lamb is allowed onto the pasture for the first time today. The way it prances around is hilarious to watch. The hen watches the goings on with interest from the farmyard, and occasionally pecks at grains of corn.

The children set up their own farm in the tuff spot which kept them occupied for ages. I bought some natural matting which they used as grass but it wasn’t long before they had added stones and water! Schleich toys are brilliant for small world play and I loved hearing their stories. Soon the other Schleich toys were added in and the farm became a zoo. You may recognise the lion cave from Schleich’s Wild Life range which we reviewed a few weeks ago. They had a great time and even enjoyed tidying up and putting it away. Yes, that is a giraffe having a bath in a bucket. As Schleich would say, Anywhere’s a Playground! Schleich toys are available in all good toy shops and they have a handy Store Locator on their website.

Disclosure – we received these items to review.

You may be interested in our other Schleich toy reviews: