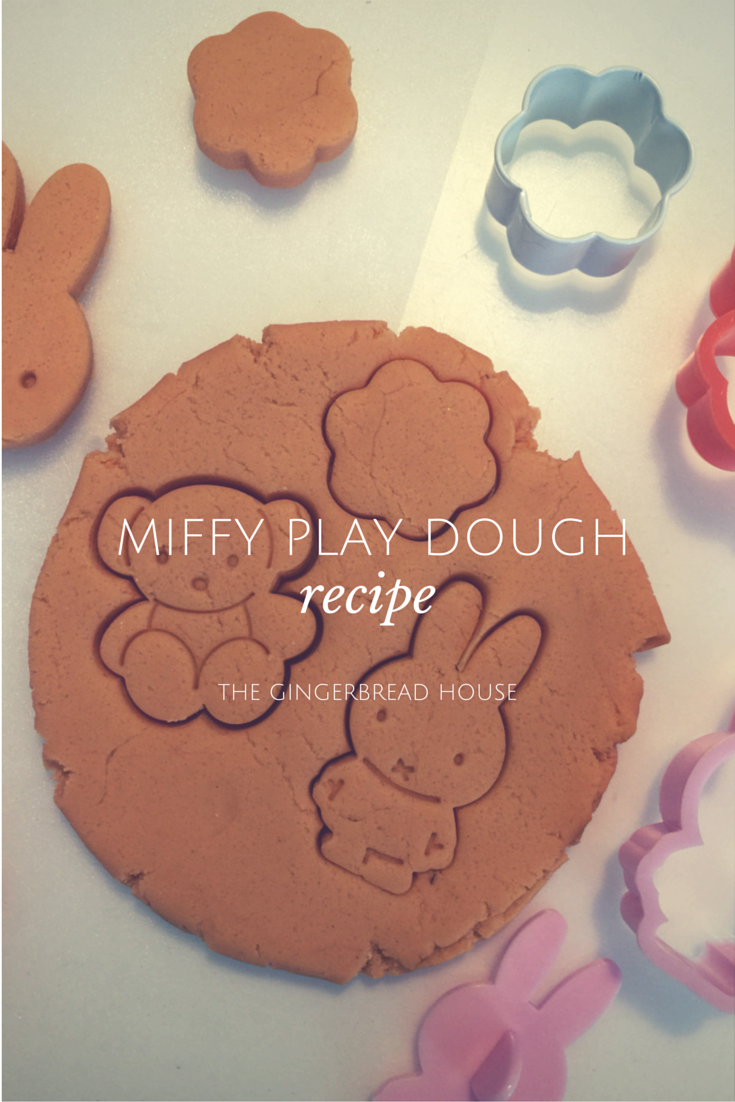 As you know I’m a Miffy Mum and we’ve been having so much fun incorporating Miffy into our every day crafting. The only thing we hadn’t tried yet was Miffy play dough so I made some. Although Miffy is white she lives in a colourful world. I think part of the appeal of Miffy is the colourful world she lives in so I made orange play dough using my usual play dough recipe. Orange for the carrots Miffy eats and because it is our favourite colour. How to make Miffy play dough:

I placed all the dry ingredients in a mixing bowl. Then I mixed up a sachet of flavoured drink mix powder Kool Aid in orange with a couple of teaspoons of warm water. When the powder had dissolved I added it to the dry ingredients and gradually added the water, mixing until I had a smooth dough. I set up an invitation to play with the Miffy play dough, a selection of cookie cutters (including Miffy, carrots and flowers), a rolling pin and plastic knife. My daughter was excited to get her hands on the homemade play dough. The Kool Aid gave it a really strong smell of oranges which was quite nice for an added sensory touch. Play dough is a great tool for developing fine motor skills so I am really keen to encourage both my children to have fun with it as often as possible. My 3 year old really enjoyed her homemade Miffy play dough. She rolled out the play dough and cut lots of pretend cookies with all the different cookie cutters. 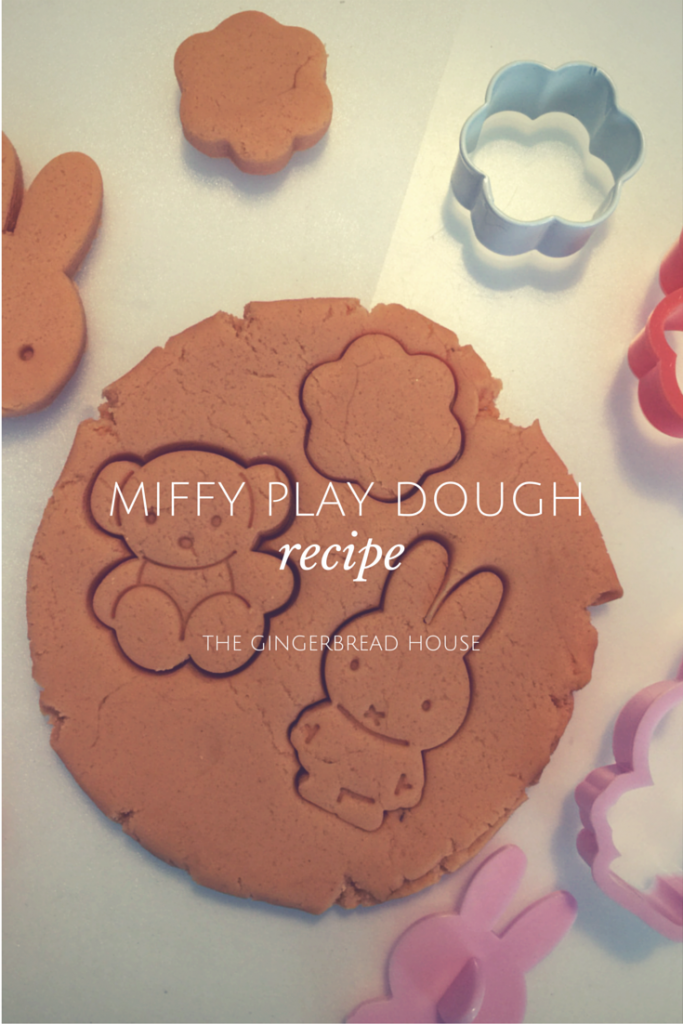