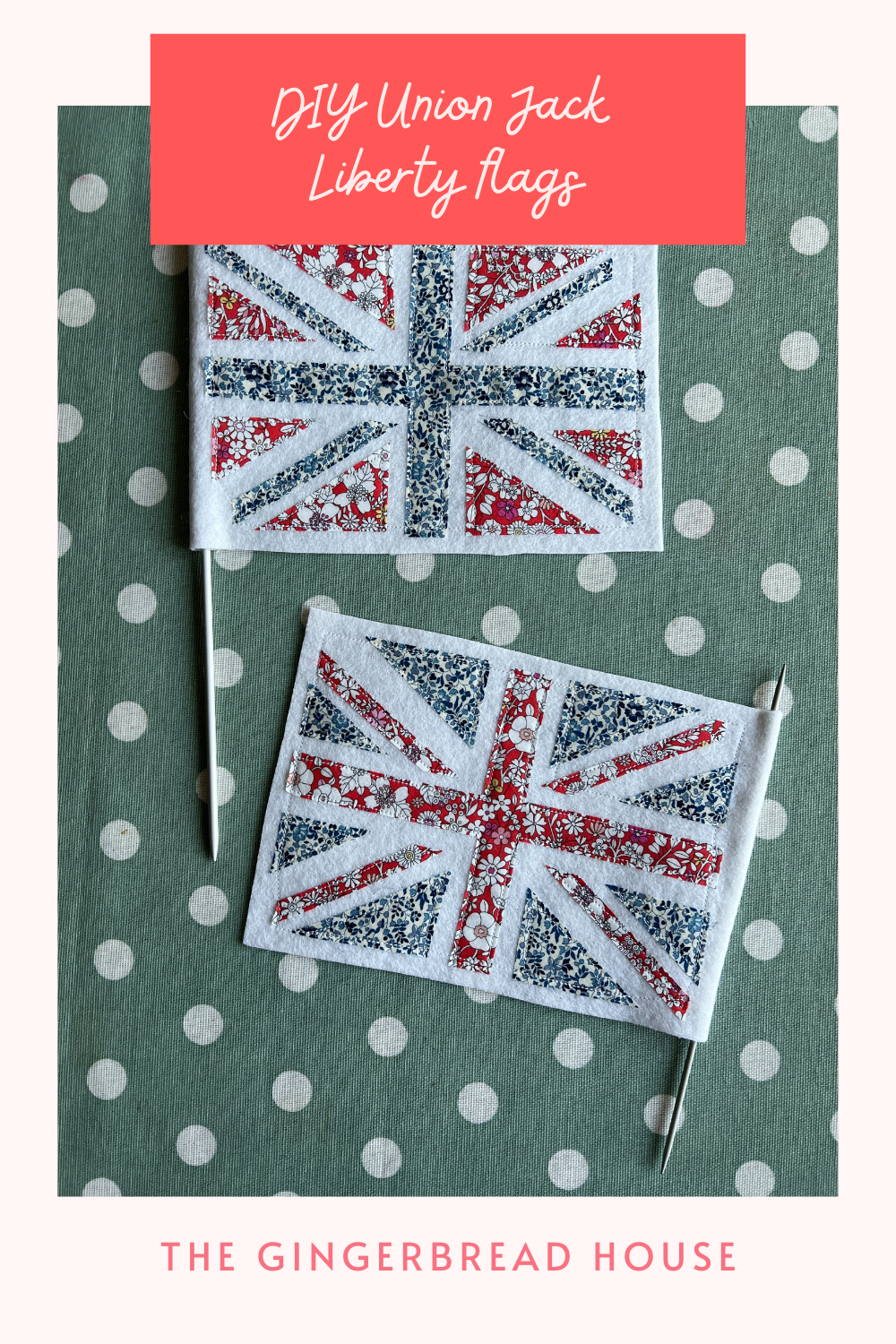 Did you know that there was a ‘right’ way to hang a Union Jack? Apparently an upside-down Union Jack is used as a sign of distress. Even worse, it can be seen as offensive to some! Last week I was playing around with some of my gorgeous Liberty London Tana Lawn to create a fun Union Jack Liberty flag. The union Jack has so much history behind it, incorporating the English and Scottish flags with the cross of Ireland’s St Patrick.

I had the idea to make my own DIY Union Jack flag from my favourite Liberty fabrics. I had a couple of red and blue fabrics, wanting to use white felt as a base for the flag. I decided on Liberty’s June’s Meadow Tana Lawn (red) and Liberty’s Katie and Millie Tana Lawn (blue) – two cute floral designs.  Thank goodness for my little book of Liberty which helps me identify everything in my stash! 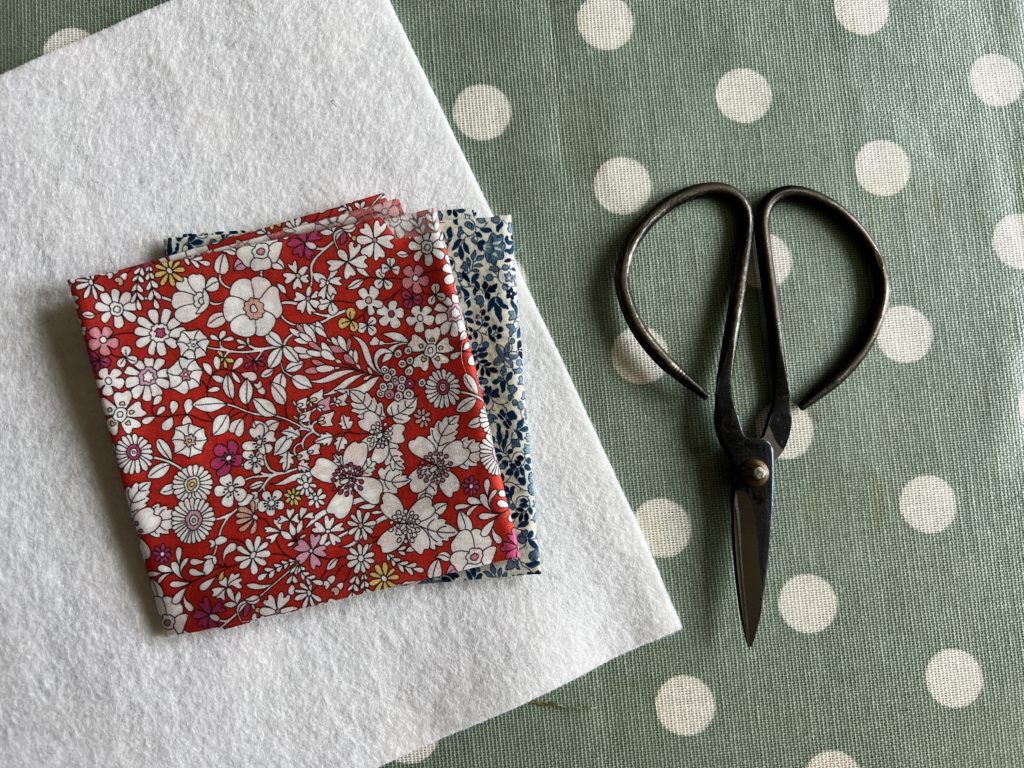 I applied a rectangle of Bondaweb to each piece of fabric, then drew a Union Jack on each one. 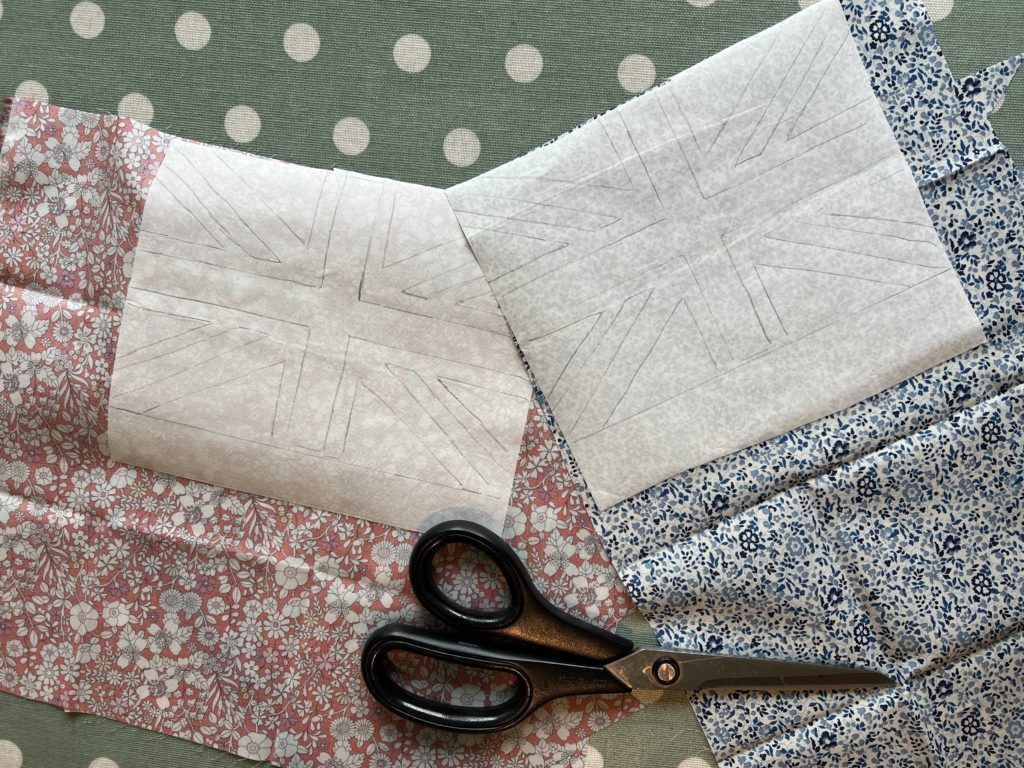 Then I carefully cut out all the pieces of the flags. 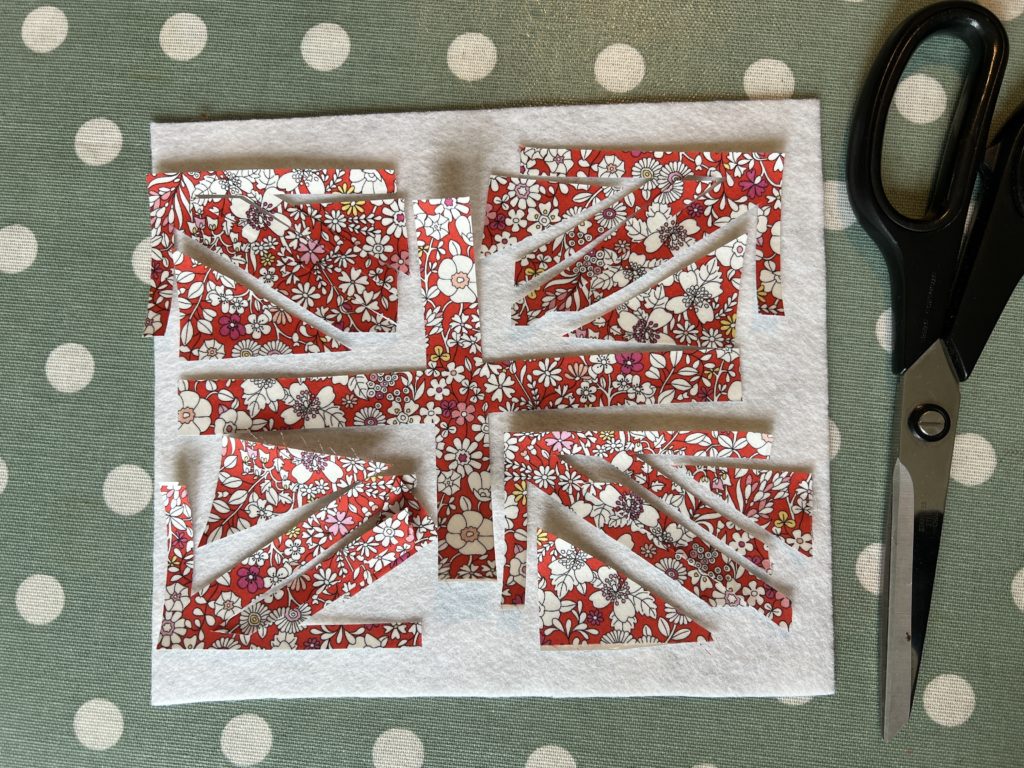 It was a little like a jigsaw puzzle, but I took away some of the pieces and swapped the remainder over so there was a real mix of the two fabrics. When I placed the flags onto the white felt you could really see my DIY Union Jack Liberty flags coming together. 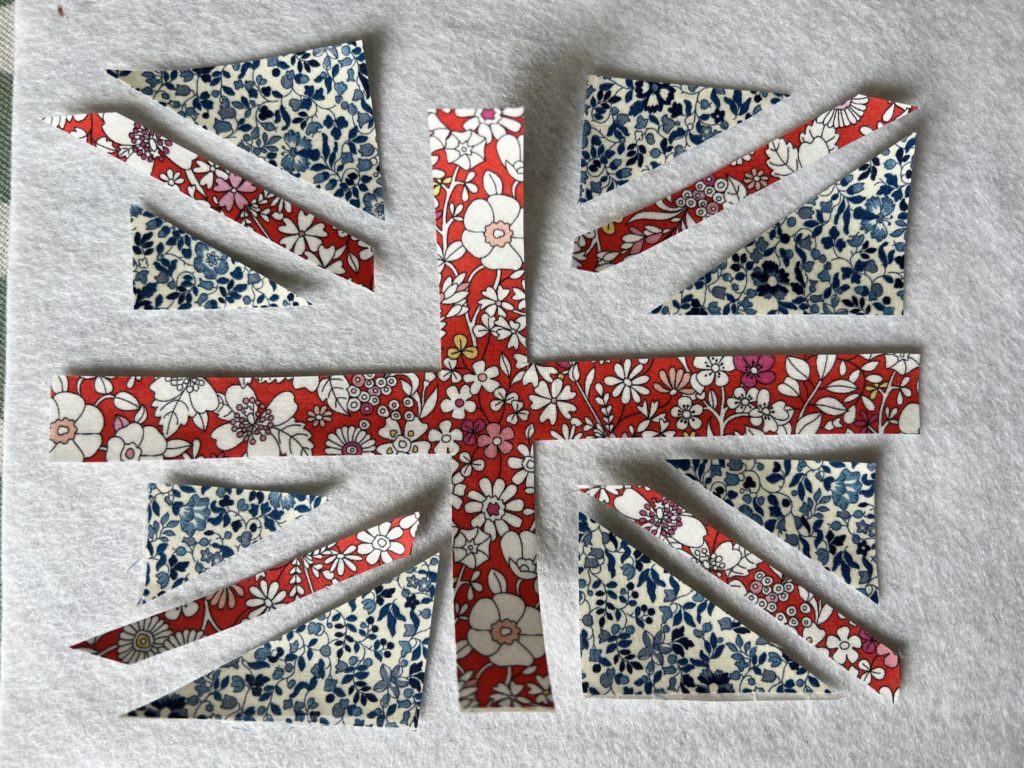 I used my little Cricut EasyPress to bond the fabric pieces to the felt, first removing the paper lining from each piece. 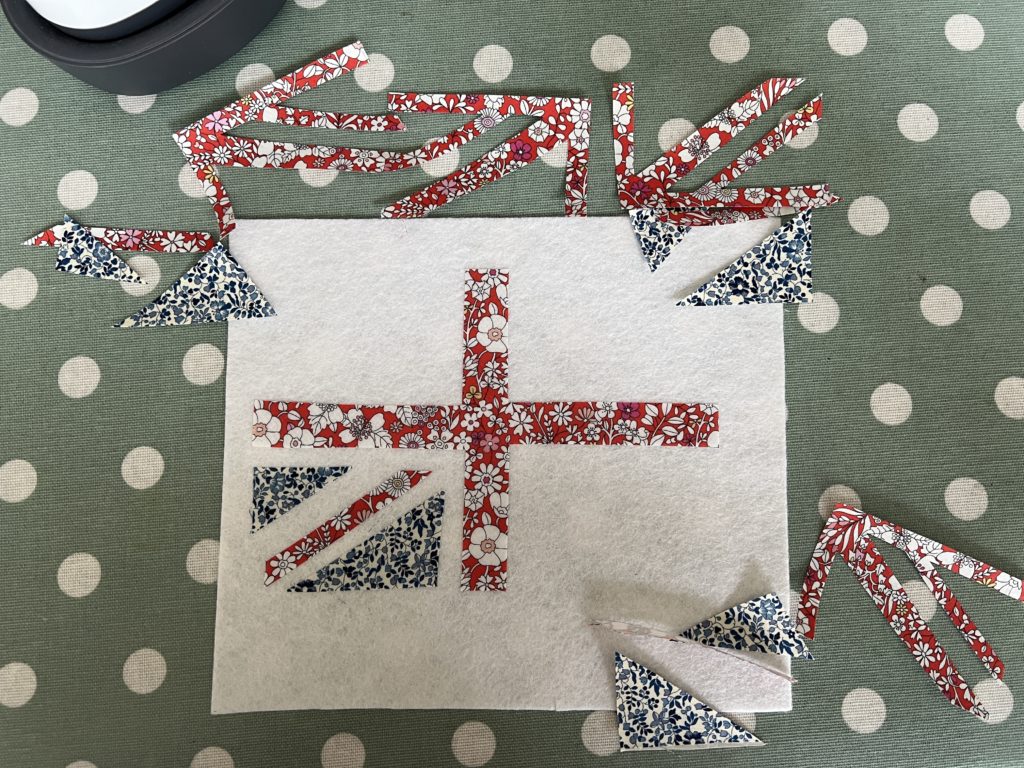 I did this for both flags until I had two gorgeous Union Jack flags made from Liberty fabric. 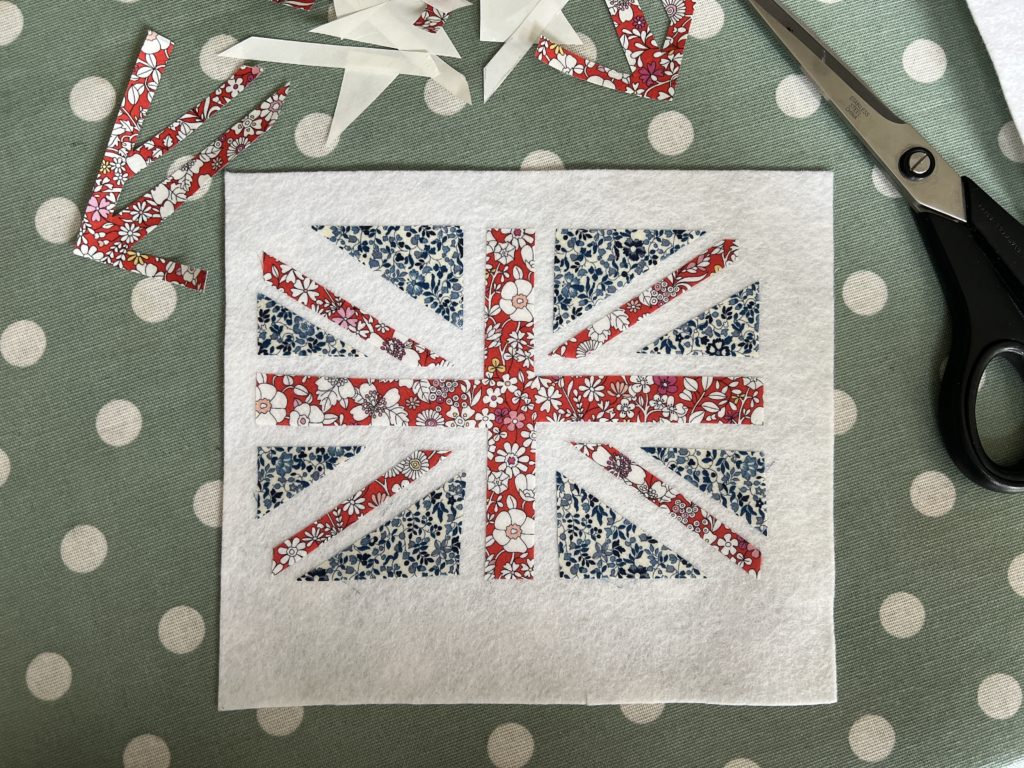 I used my sewing machine to go round each piece, sometimes more than once to make sure everything was stitched down. I then went round the whole rectangle to reinforce the shape of the flag. 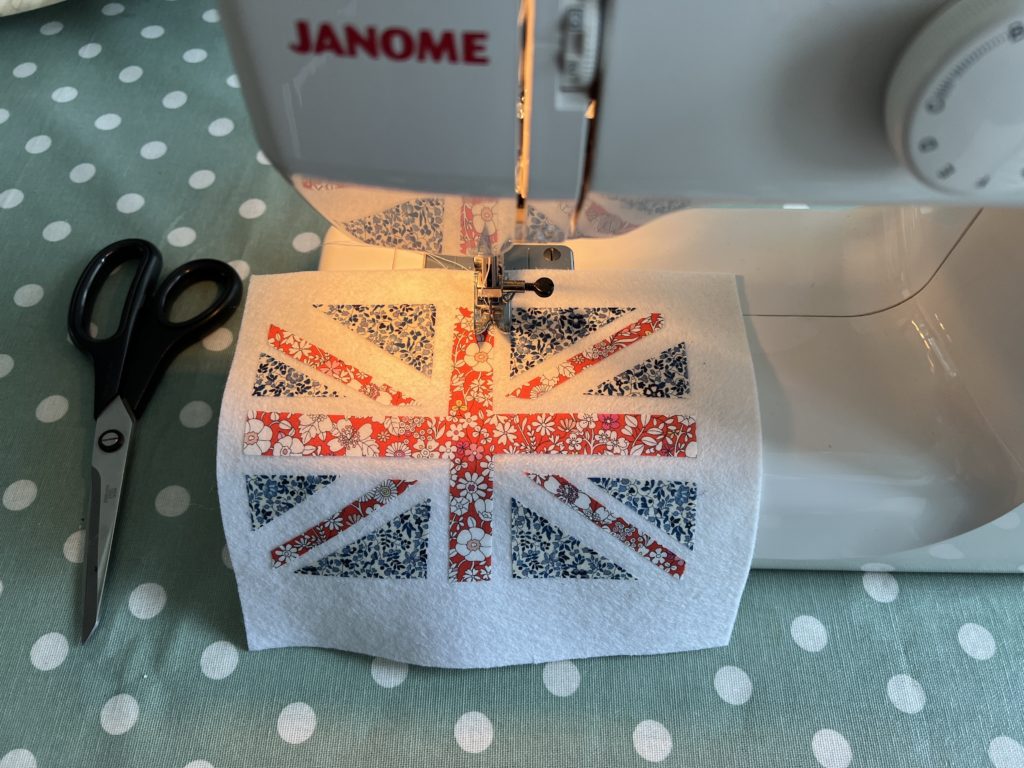 I trimmed the flag slightly around three sides. For the flag pole I used a vintage knitting needle, folding the excess fabric over it and hand stitching it with white thread. 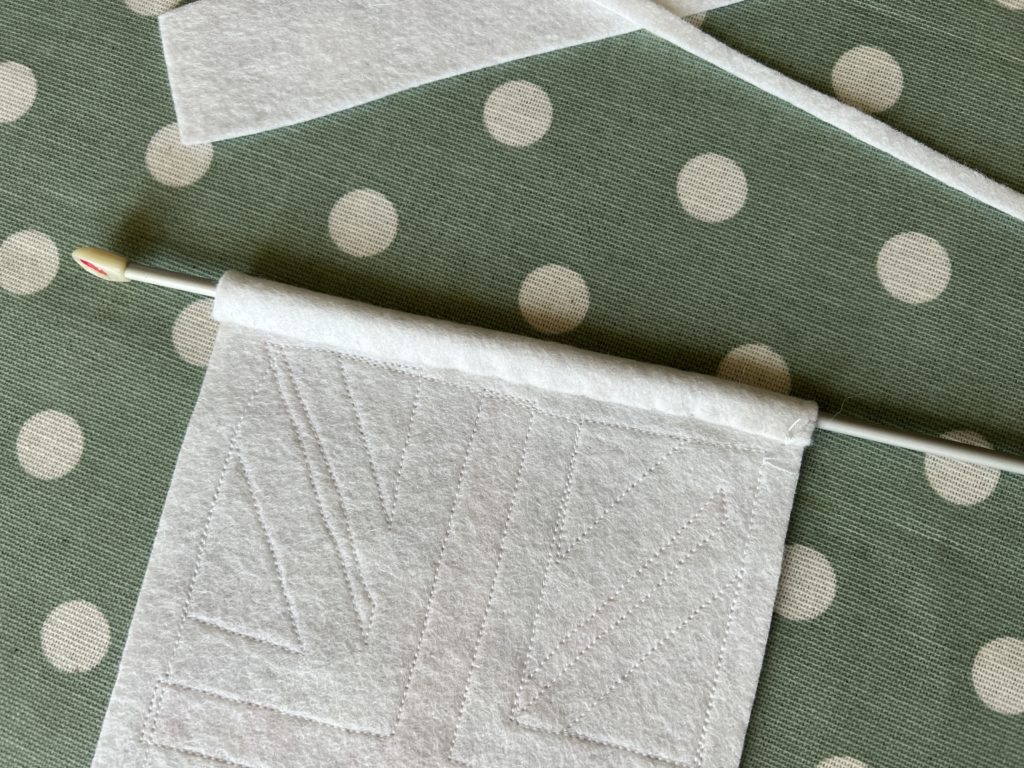 What do you think of my DIY Union Jack Liberty flags? They make a great centrepiece on our table but will also be used when we’re watching the Eurvision Song Contest and for the Platinum Jubilee street party next month! 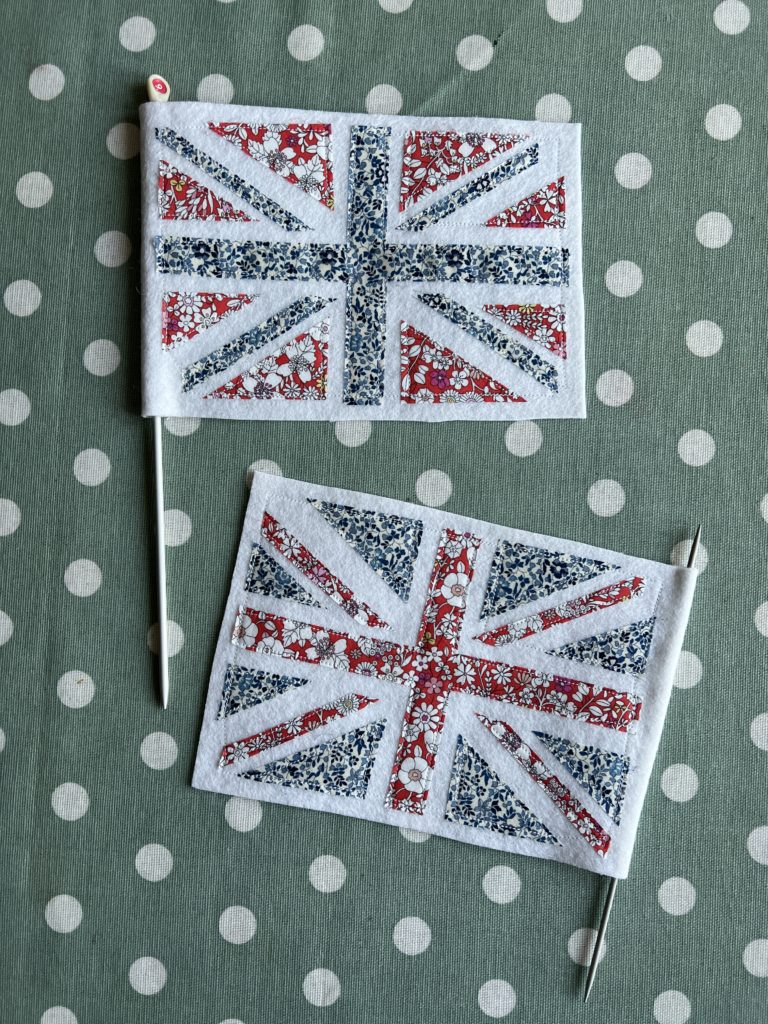 You may be interested in our other Royal crafts and activities:

Crafts for toddlers to celebrate The Queen’s Platinum Jubilee

Crafts for kids to celebrate The Queen’s Platinum Jubilee