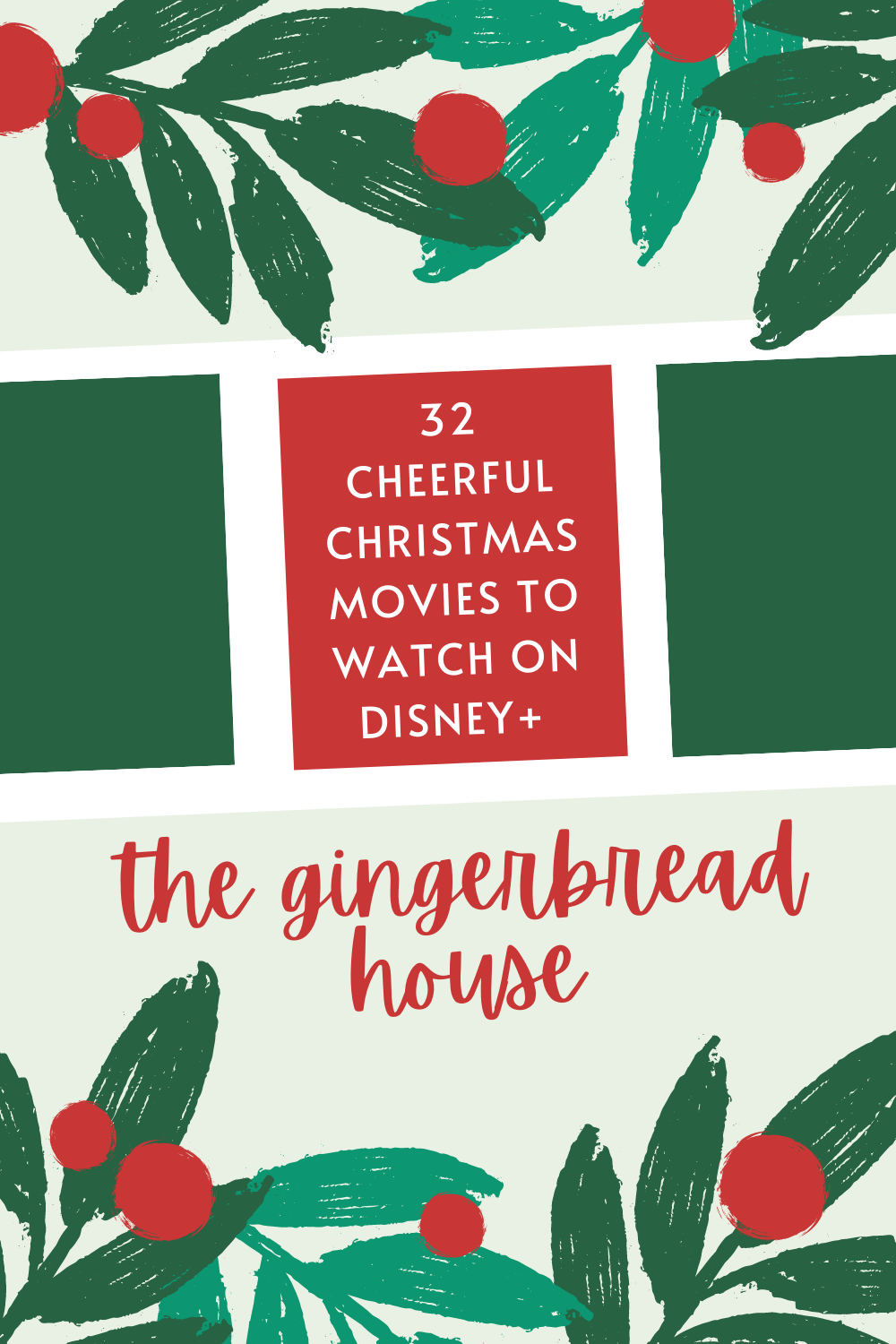 One of my favourite things to do at this time of year is to watch a Christmas film. The days are shorter and colder and thanks to this second Lockdown, we are happier to stay in and snuggle up with a film at the weekend. Earlier this year we were gifted Disney+ which the kids just love. There is so much familiar content and well as lots of new things to discover.

With so many of our usual Christmas activities cancelled this year we will be making our fun in different ways. Swap the pantomime for Disney’s A Christmas Carol. Upgrade a trip to Santa’s Grotto with Miracle on 34th Street. Trade a trip to see the Christmas lights with Loaf’s Frozen Adventure! This year Disney+ becomes the ultimate destination for Christmas entertainment, bringing families together to enjoy their best-loved stories.

Thanks to Disney+ we won’t be short of Christmas spirit at home. I’ve added tons of sweet treats to my Pinterest boards so I can bake my way through December, making sure we have tasty treats to enjoy whilst watching a festive film. The streaming schedule is packed with great new content including Pixar’s latest creation Soul, live action movies Noelle and Black Beauty, alongside a wealth of festive shows and classic family staples already available on the platform, such as Home Alone, Frozen and Disney’s A Christmas Carol, and Disney Channel content too. Take a look at these cheerful Christmas movies to watch on Disney+. 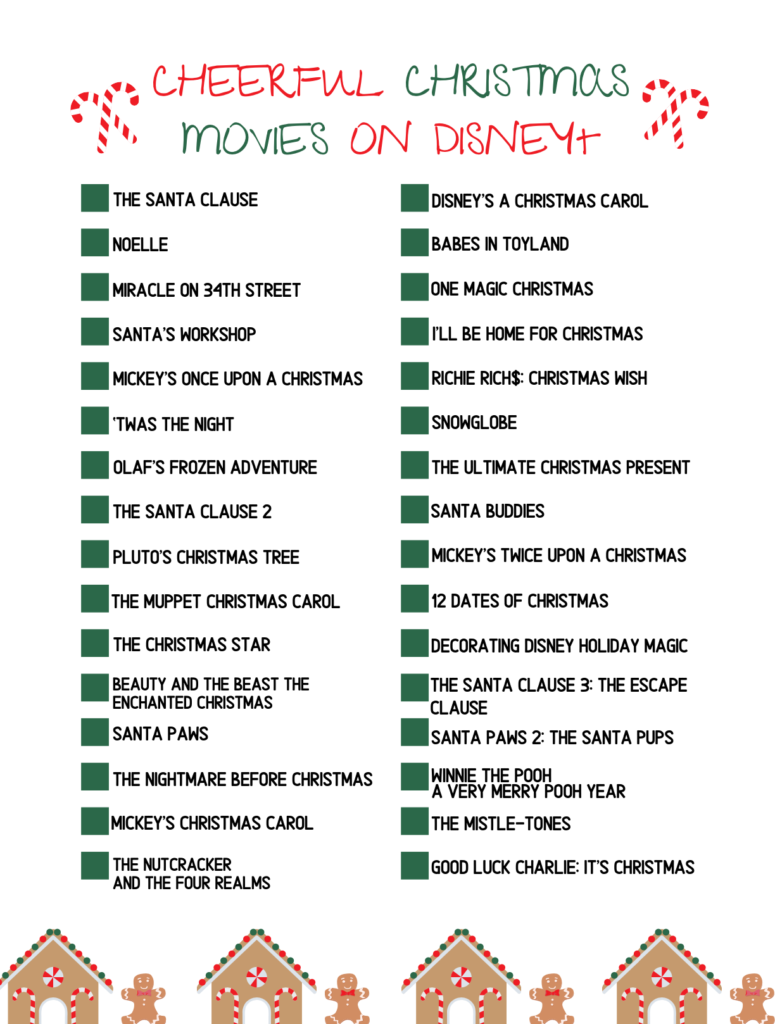 If you want to find out a little more about some of the streaming schedule, then read on:

Starring Anna Kendrick as the daughter of Santa Claus who is full of Christmas spirit and holiday fun, but wishes she could do something “important” like her brother Nick (Bill Hader), who will take over for their father this Christmas. Nick is training to be Santa, but is failing miserably. When Nick is about to crumble like a gingerbread cookie from all the pressure, Noelle suggests he take a break and get away to clear his head…but when he doesn’t return, Noelle must find her brother and bring him back in time to save Christmas.

This special reunites Rey, Finn, Poe, Chewie, Rose and the droids for a joyous feast on Life Day. Rey sets off on a new adventure with BB-8 to gain a deeper knowledge of the Force. At a mysterious Jedi Temple, she is hurled into a cross-timeline adventure through beloved moments in Star Wars cinematic history, coming into contact with Luke Skywalker, Darth Vader, Yoda, Obi-Wan and other iconic heroes and villains from all nine Skywalker saga films. But will she make it back in time for the Life Day feast and learn the true meaning of holiday spirit?

Starring Mackenzie Foy and the voice talents of Kate Winslet, this modern day reimagining of Anna Sewell’s timeless classic follows the story of Black Beauty, a wild horse born free in the American West. Rounded up and taken away from her family, Beauty is brought to Birtwick Stables where she meets a spirited teenage girl, Jo Green. Beauty and Jo forge an unbreakable bond that carries Beauty through the different chapters, challenges, and adventures of her life.

Set at Christmas time, “Godmothered” is a comedy about Eleanor, a young, inexperienced fairy godmother-in-training (Jillian Bell) who upon hearing that her chosen profession is facing extinction, decides to show the world that people still need fairy godmothers. Finding a mislaid letter from a 10-year-old girl in distress, Eleanor tracks her down and discovers that the girl, Mackenzie, is now a 40-year-old single mom (Isla Fisher) working at a news station in Boston. Having lost her husband several years earlier, Mackenzie has all but given up on the idea of “Happily Ever After,” but Eleanor is bound and determined to give Mackenzie a happiness makeover, whether she likes it or not.

Acclaimed filmmaker Niki Caro brings the epic tale of China’s legendary warrior to life in Disney’s “Mulan,” in which a fearless young woman risks everything out of love for her family and her country to become one of the greatest warriors China has ever known. When the Emperor of China issues a decree that one man per family must serve in the Imperial Army to defend the country from Northern invaders, Hua Mulan, the eldest daughter of an honored warrior, steps in to take the place of her ailing father. Masquerading as a man, Hua Jun, she is tested every step of the way and must harness her inner-strength and embrace her true potential. It is an epic journey that will transform her into an honored warrior and earn her the respect of a grateful nation…and a proud father.

This six-part docu-series captures a season in the School of American Ballet (SAB) in New York City. Featuring unprecedented access to the famous ballet institution, the series follows the lives of the students ages 8 to 18 pursuing their dreams to become ballet dancers.

Exclusively on Disney+ from Christmas Day, Pixar’s latest creation is Soul. Meet Joe Gardner (voice of Jamie Foxx) – a middle-school band teacher who gets the chance of a lifetime to play at the best jazz club in town. But one small misstep takes him from the streets of New York City to The Great Before – a fantastical place where new souls get their personalities, quirks and interests before they go to Earth.