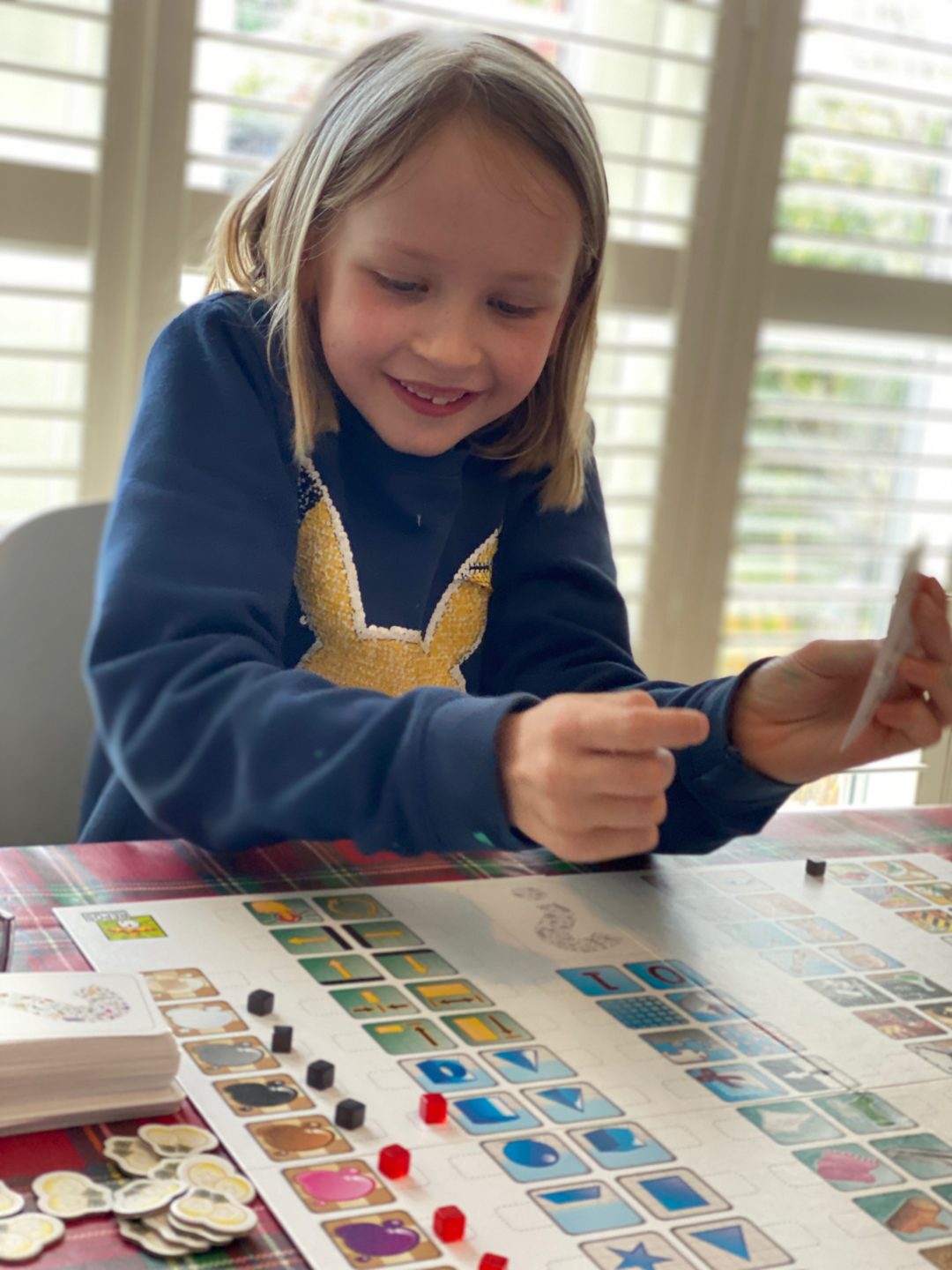 We love being part of Asmodee’s Blogger Board Game Club and were delighted to receive Concept board game to review. We were so pleased to have a new game to add to our collection and Concept has been a huge hit with the whole family.

In Concept, your goal is to guess words through the association of icons. A team of two players choose a word or phrase that the other players need to guess. Acting together, this team places pieces on the available icons on the game board. 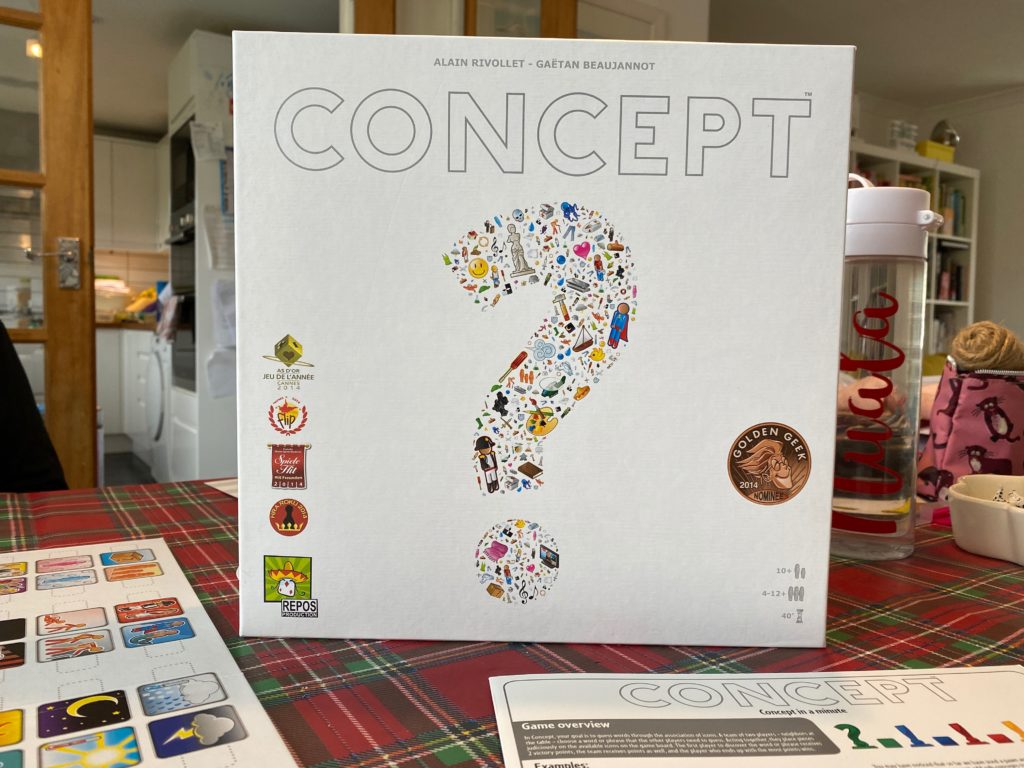 To get others to guess “milk”, for example, the team might place the question mark icon (which signifies the main concept) on the liquid icon, then cubes of this colour on the icons for “food/drink” and “white”.

For a more complicated concept, such as “Leonardo DiCaprio”, the team can use the main concept and its matching cubes to clue players into the hidden phrase being an actor or director, while then using sub-concept icons and their matching cubes to gives clues to particular movies in which DiCaprio starred, such as Titanic or Inception. 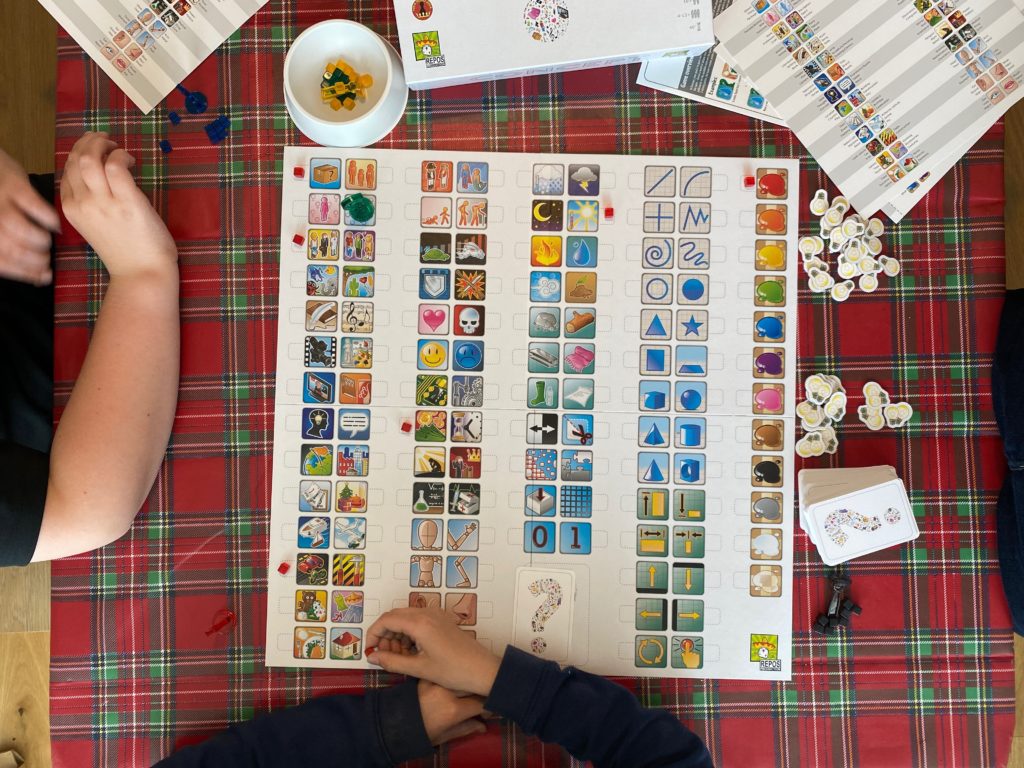 The first player to discover the word or phrase receives 2 victory points, the team receives points as well, and the player who ends up with the most points wins. 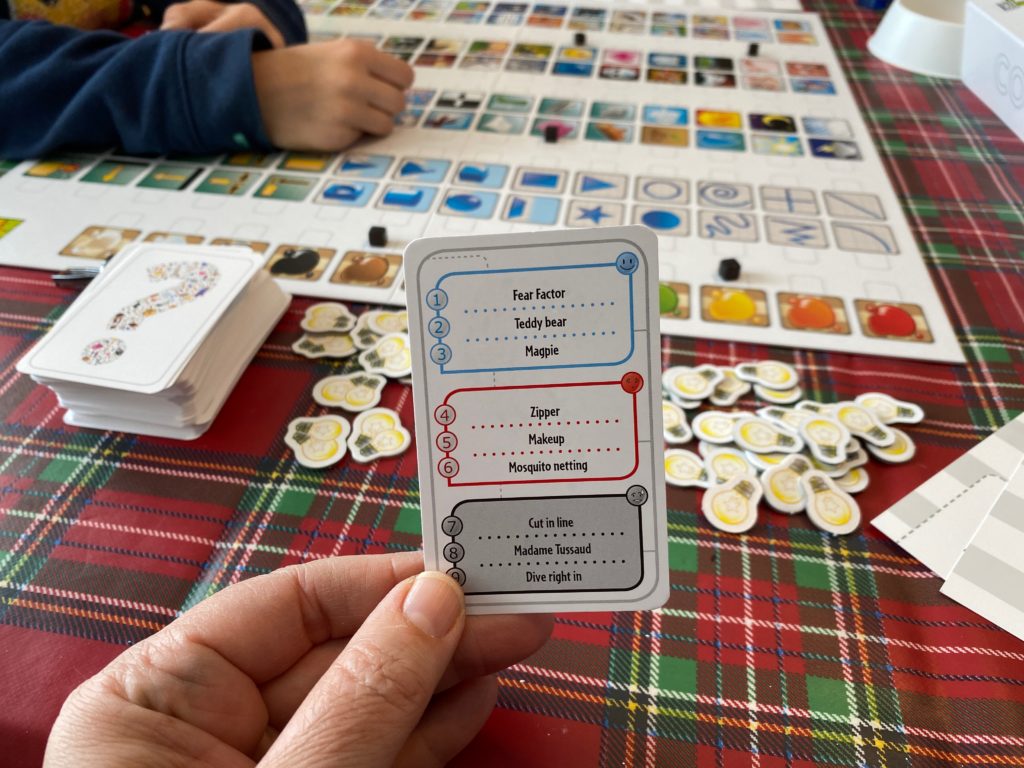 We’ve played this game a few times over the last few weeks and it is fun! It’s a real family game, but the more the merrier, so I can imagine we will enjoy it even more when we can meet up with friends again. Once you learn the different categories you can be really crafty with your clues. I especially liked that there were 3 levels of difficulty so you can easily tailor it for different ages.

What’s inside the box? 110 cards, game board, 5 series of pawns, question mark and cubes, Victory tokens, storage bowl and rules

Perfect for ages 10 and over

A game takes around 40 minutes

**We have included Amazon links to Concept. If you click on these and buy we may earn a small commission.

board games
2 Comments
By jenny