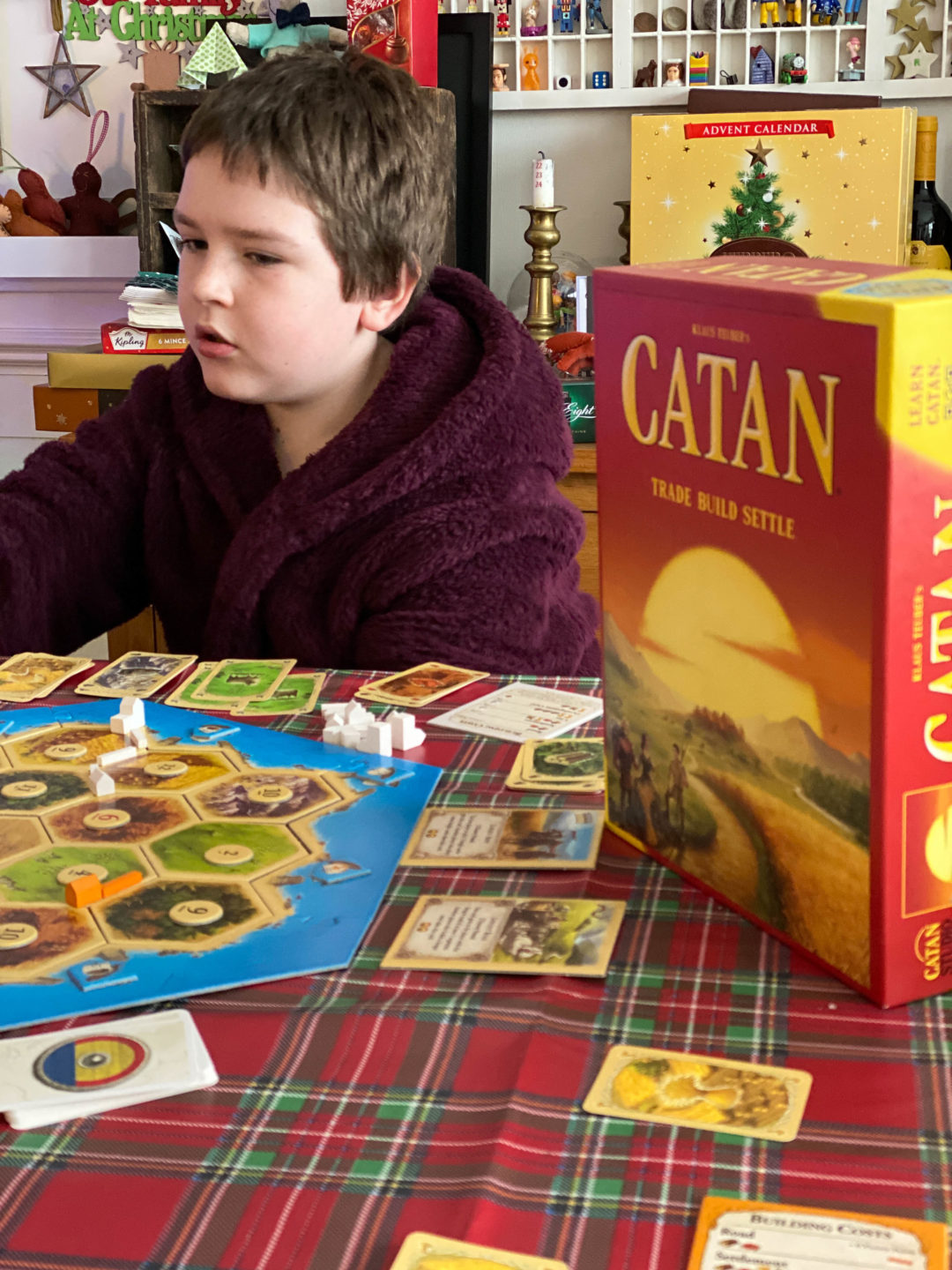 We love being part of Asmodee’s Blogger Board Game club and were delighted to receive Catan, the famous board game by Klaus Teuber to play and review. This is a game my husband has wanted to play for ages so we were excited to have some time over the Christmas holidays to learn how to play it.

Picture yourself in the era of discoveries: after a long voyage of great deprivation, your ships have finally reached the coast of an uncharted island. Its name shall be Catan! But you are not the only discoverer. Other fearless seafarers have also landed on the shores of Catan: the race to settle the island has begun!

It’s worth taking time to read the instruction booklet before you start setting out the board. It definitely took us time to get used to the layout of the game before we started. 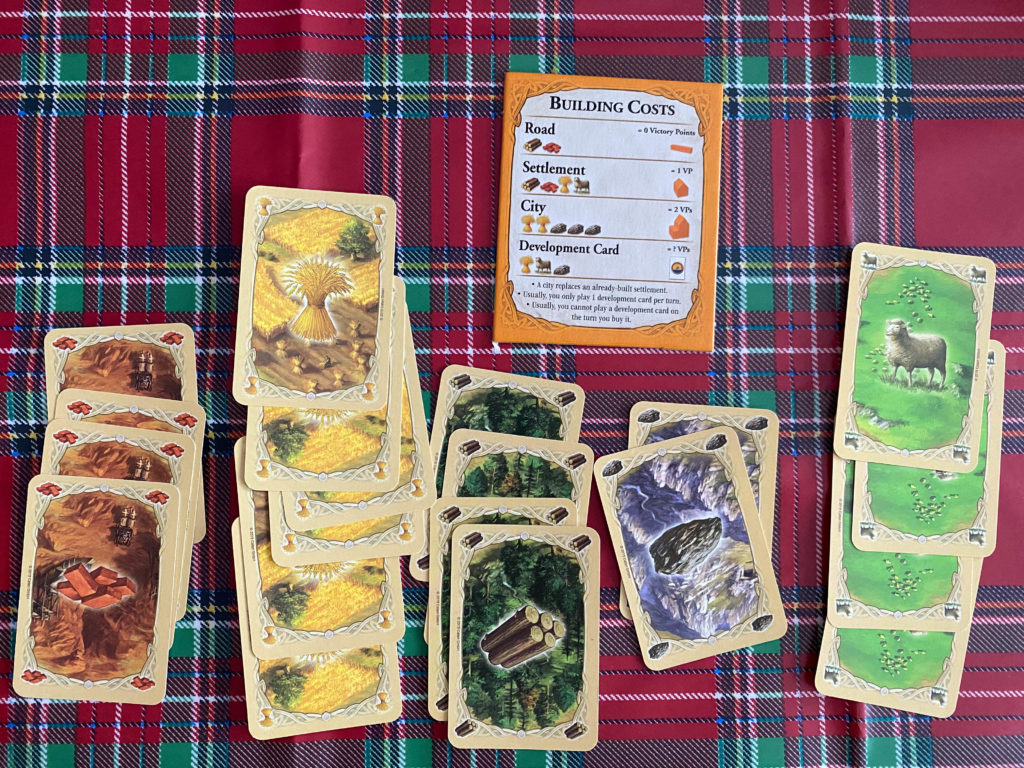 The women and men of your expedition build the first two settlements. Fortunately, the yet uninhabited land is rich in natural resources. You build roads and new settlements that eventually become cities. Will you succeed in gaining supremacy on Catan? Barter trade dominates the scene. Some resources you have in abundance, other resources are scarce. Ore for wool, brick for lumber – you trade according to what is needed for your current building projects. 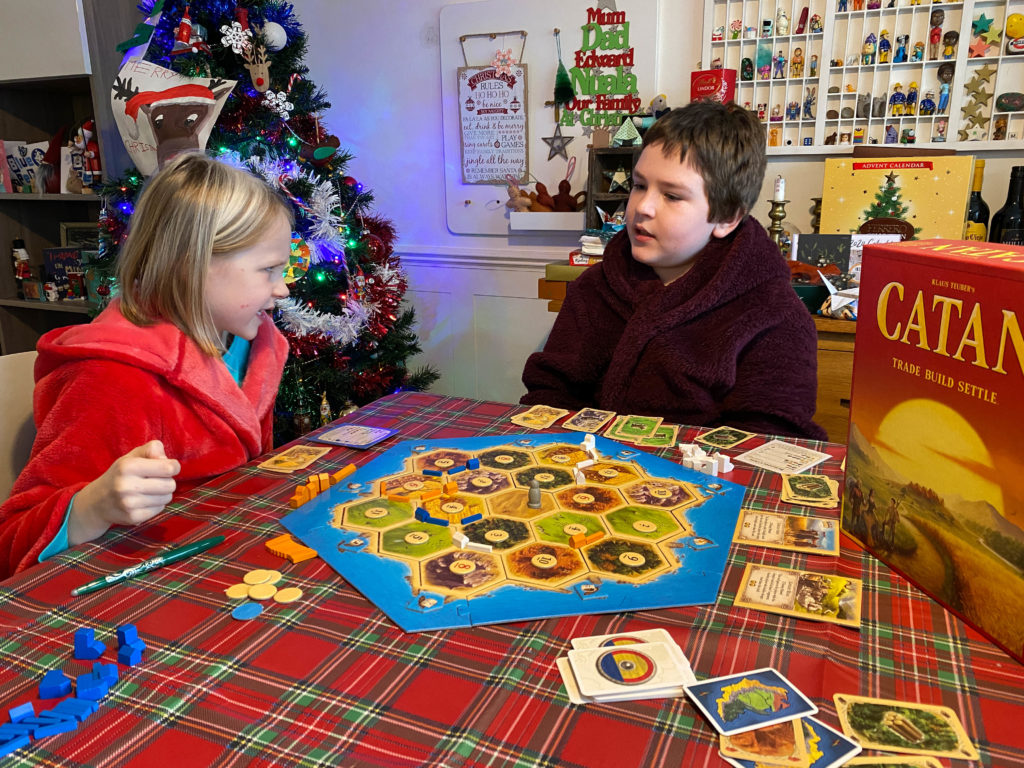 We’ve been playing Catan the base game. This can be added to with the four official base game expansion packs, as well as variants and scenarios.

What’s inside the box?

Perfect for ages 10 and over

Can be played by 3-4 players

**We have included Amazon links to Catan. If you click on these and buy we may earn a small commission.