Christmas gift guide for a 5 and 6 year old 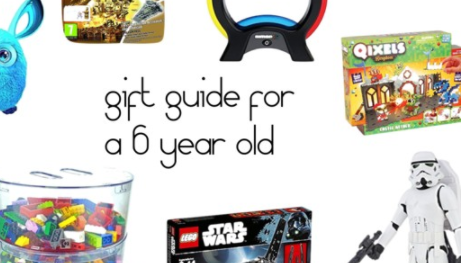 Has your Christmas present panic buying set in yet? Despite feeling quite organised last month I have bought very few presents so far this year. Luckily I have made my lists, I just need to spend some time buying and wrapping everything. My daughter had her birthday last week so I always find her a little trickier to buy for as she has received everything she asked for.

I thought it was about time I brought together some of my favourite toy reviews from the past year, with some of the toys my children will be receiving this year.

My daughter received lots of Paw Patrol toys for her birthday last month but there are still a few items she would love to get this Christmas, such as the Paw Patrol Air Patroller! I can’t wait to see her face when she opens it.

Her favourite film this year was Zootropolis so I know she will also enjoy the Aquabeads Zootropolis Set I found.

She loves going to the cinema and we are really looking forward to watching Moana. I have my eye on the Moana figurine set which looks great for small world play.

Gift guide for a 5 year old by jennymakes on Polyvore

She received several toys to review this year, from soft toys to interactive toys and creative ones. She loves interactive toys such as the Leapfrog Leapband Activity Tracker. The Snuggles My Dream Puppy and The Lion Guard Leap ‘n’ Roar Kion are fun toys too.

My 6 year old son is a massive Star Wars fan. We are so excited to go and see Rogue One later this month. He has asked for lots of Star Wars Lego Rogue One sets, such as Lego Star Wars 75156 Krennic’s Imperial Shuttle. I’m also hoping to get him the Rogue One figurine set as he enjoys playing with his Millennium Falcon and the Force Awakens figures he received last Christmas.

He has helped review some amazing toys over the last year. He loves computer games, after playing Lego Force Awakens for the last 6 months he has recently got back into Minecraft and started Lego Dimensions and Little Big Planet. Lots of school friends keep coming over for playdates so they can swap tricks! Sadly there are no computer games he wants, although he has Lego Worlds on his birthday list!

gift guide for a 6 year old by jennymakes on Polyvore

He loves interactive toys so he loves the Furby Connect and Star Wars Rogue One Interactive Imperial Stormtrooper figure – any excuse to grab my iPhone for a while.

He’s also pretty creative so has enjoyed the Qixels Kingdom Castle Attack Playset and Real construction sets. The Blokpod Lego sorter has been a big help in keeping his room tidy. The Simon Air is fun, especially when we want to play a game together and the Robots in Disguise Power Surge Optimus Prime & Mini-Con Aerobolt is still popular too.