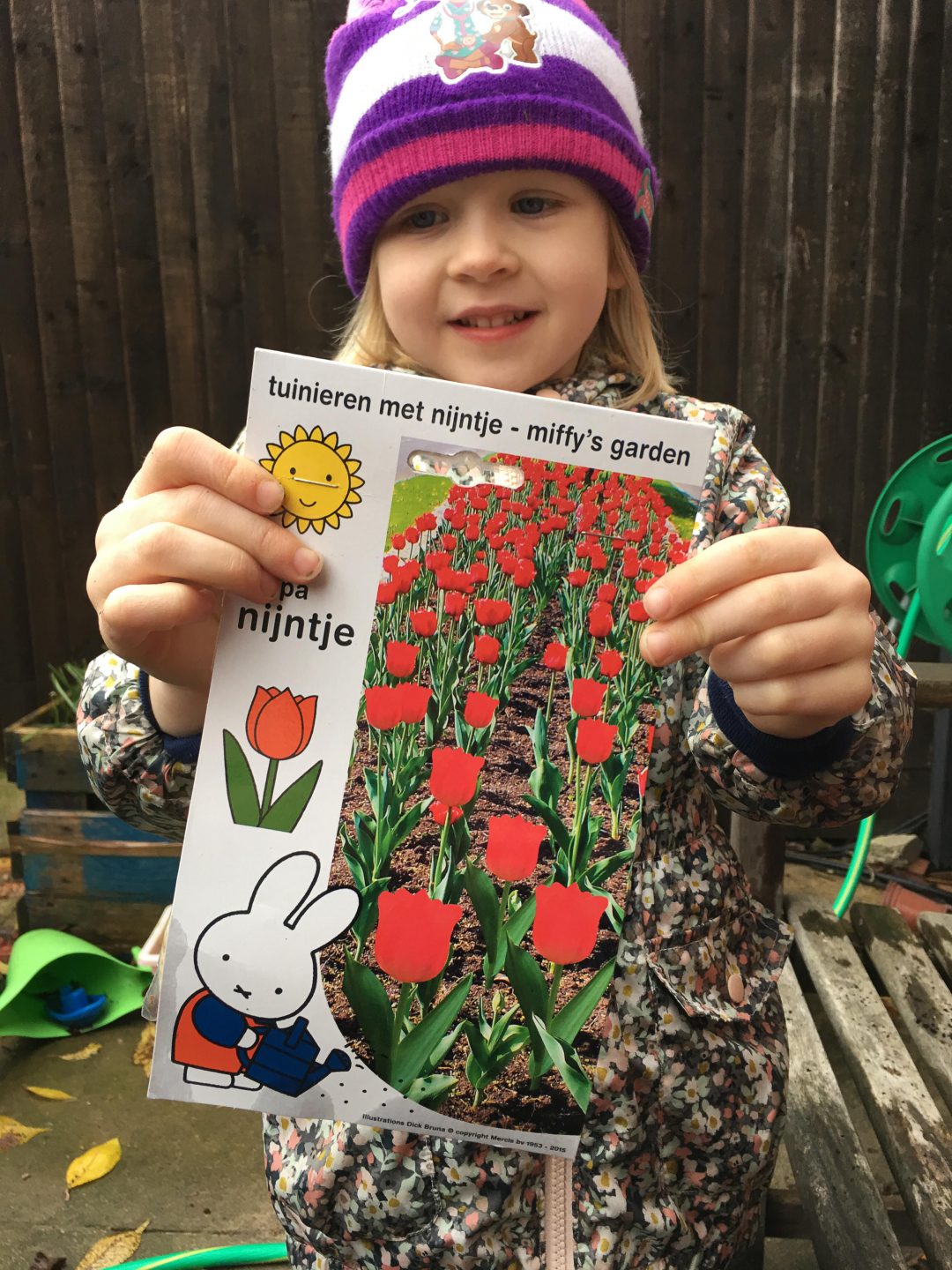 I know a lot of my posts have been about Winter and Christmas recently but it’s never too early to be thinking about Spring. We have had some lovely blue sky days but I’m already longing for warmer weather and  longer days – give me back my evenings!

Anyway, we’ve been getting the garden ready for Winter and part of that was forward thinking to Spring bulbs. Today we planted our Miffy tulip bulbs which was very exciting.

After 15 years of cross-fertilisation and patient cultivation, Dutch tulip breeders have finally produced a variety to represent the Netherlands’ most famous children’s character, Miffy. The official Miffy tulip is a deep red colour. It matches exactly the shade used by Dutch illustrator Dick Bruna.

The cultivation process started back in 2001 when the tulip-breeder Lighthart Bloembollen cross-fertilised two varieties to achieve the right shade and form required by Dick Bruna’s publishers, Mercis. Then there was a wait for the vegetative reproduction to take place! 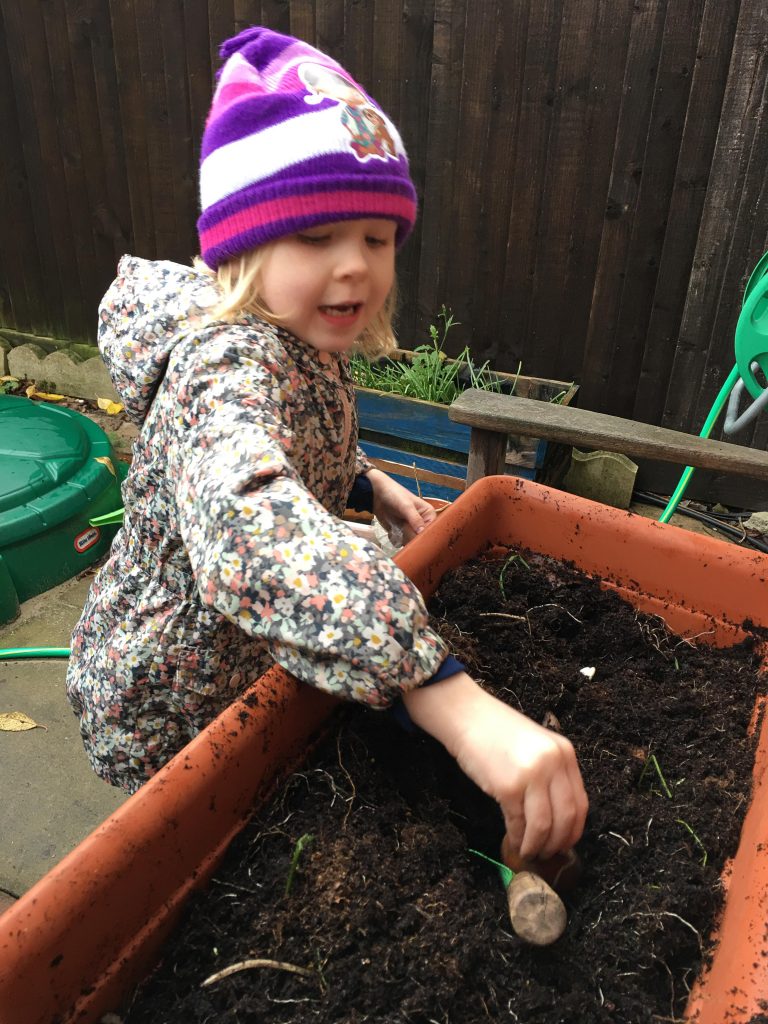 This year, there are only 2500 Miffy bulbs in existence, some of which have been planted in the world famous Kerkenhof Gardens in the Netherlands. Open from March to May you can see the Miffy tulips growing in Kerkenhof’s Walk of Fame and also in the Miffy garden located within the park.

Hopefully next year there will be some Miffy tupils in west London too – I will let you know what happens to them. They can be planted anytime between September and December and should hopefully bloom in April-May.