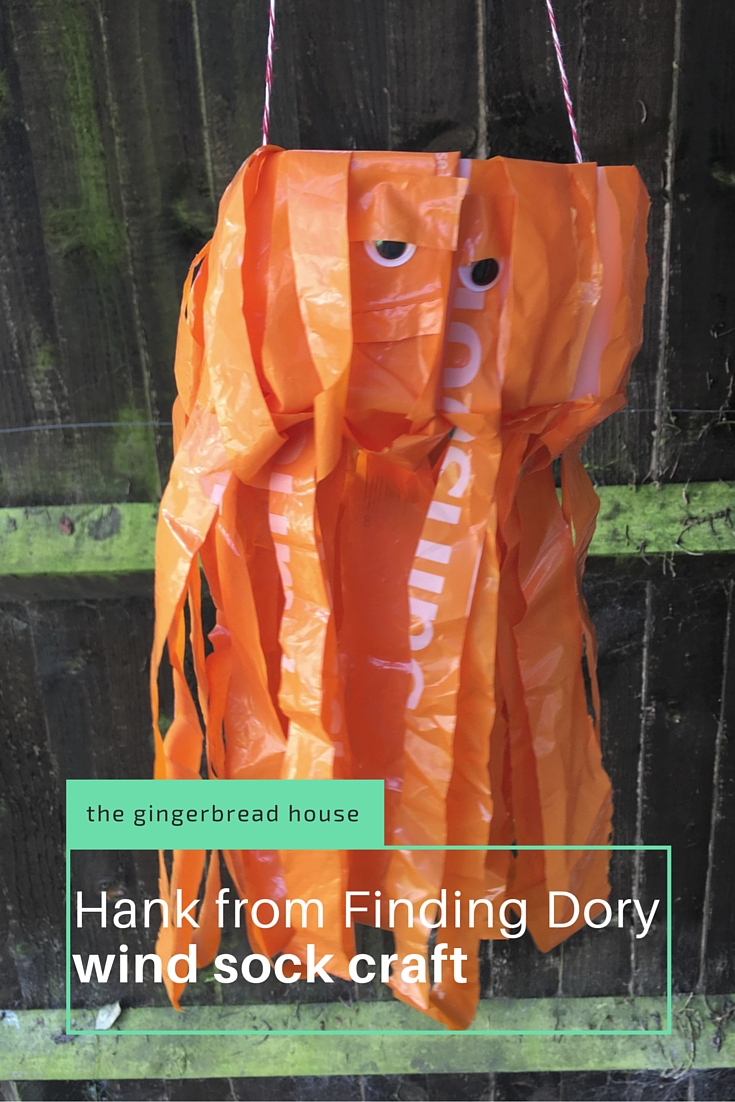 We’re so excited about the release of Finding Dory this month. It feels like we’ve been waiting for this film for a long time. We’ve been watching Finding Nemo to get in the mood and thinking of ways we can incorporate the new film in our crafting.

Everyone’s favourite forgetful blue tang is back at last for ‘Finding Dory’, which sees her go off on a new adventure to search for the family she forgot about.

Waking up one morning, she sees a picture in her head – and comes to a shocking realisation. She remembered something! It seems impossible, but it’s true, and now she wants answers about her past. Who are her parents? Where did she come from? And how did she learn to speak Whale?

We’ve seen lots of Dory crafts so thought it would be fun to look at some of the other characters. We love the sound of Hank, an ill-tempered, seven legged octopus, so made a Hank from Finding Dory inspired wind sock.

We had fun with this craft and it’s so simple to make. We used an empty milk bottle, orange plastic bags, scissors and googly eyes. I cut the top and bottom from the milk bottle, keeping the central ring. I cut my plastic bag into strips. I used a Sainsbury’s bag as it was a lovely orange colour – perfect for Hank. Then I took a loop of plastic bag and threaded it around the plastic ring. The children had a go too and soon we had covered the whole ring with our plastic loops. To give Hank some character we added googly eyes and even made him some eyelids from leftover pieces of plastic. I pierced a hole on either side of the plastic ring then threaded through some string to hang up our wind sock. It’s been pretty windy lately so it’s been fun to watch Hank’s legs waving about in the wind! Linking up our Hank from Finding Dory wind sock craft with the Summer activities for kids blog hop:

How to Build a Bee Bath from Kitchen Counter Chronicles