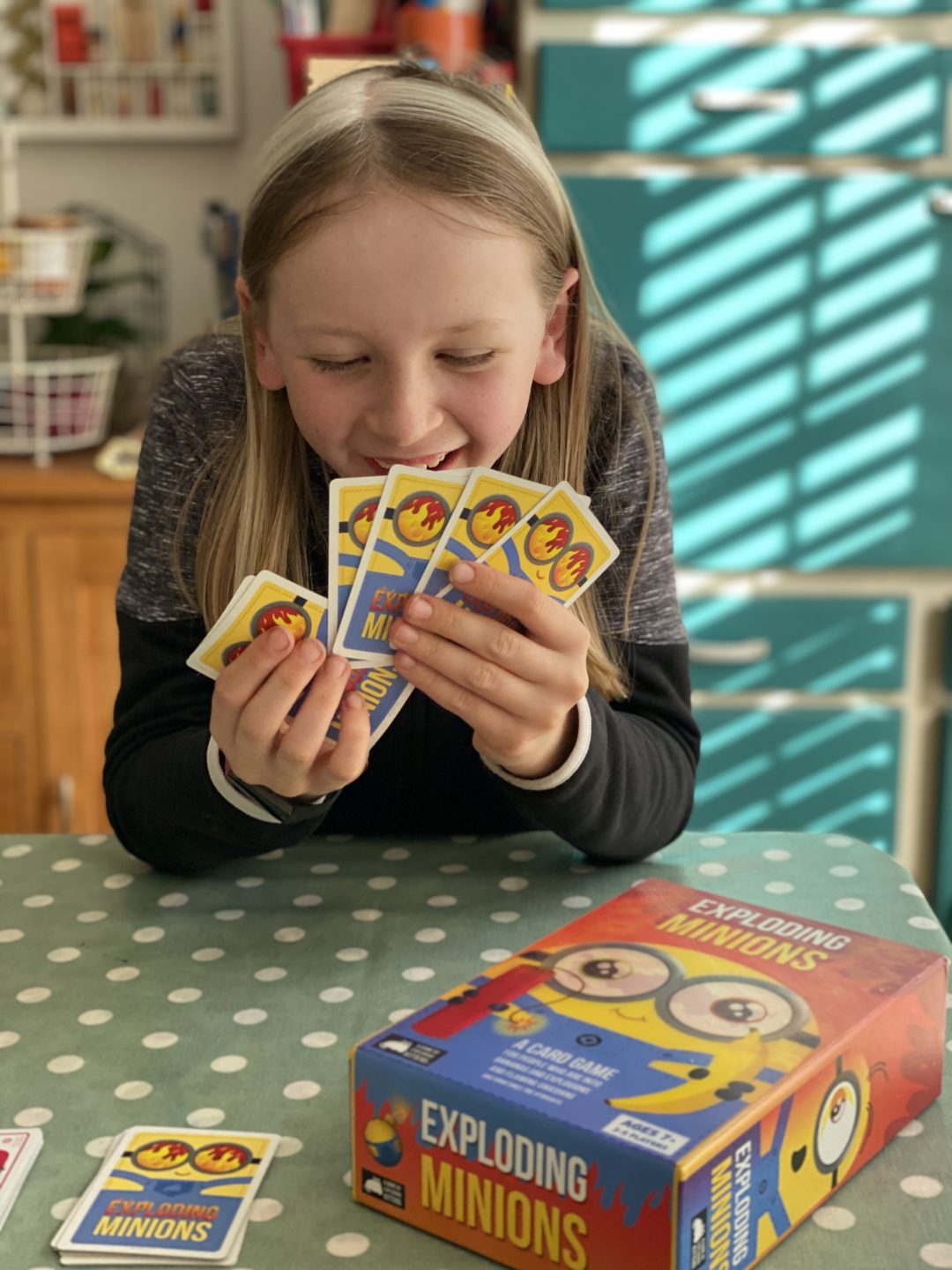 Family time is important and we love any activity we can do together. Board games have always been a firm favourite and we were delighted to receive a copy of Exploding Minions from Exploding Kittens.

I can’t believe it’s over 2 years since we reviewed the original Exploding Kittens which we still enjoy playing. The hit game sold over 10 million copies worldwide. Exploding Minions is very similar but with Minion-themed cards (which is perfect because we are huuuuuuge Minion fans!).

The Minions have invaded the Exploding Kittens Universe! Play the Minions-themed version of the award-winning card game, featuring new cards, illustrations, and banana-fueled hilarity. Featuring new Cards and Gameplay – The Minions bring a new game-changing card with them that allows players to Clone cards! 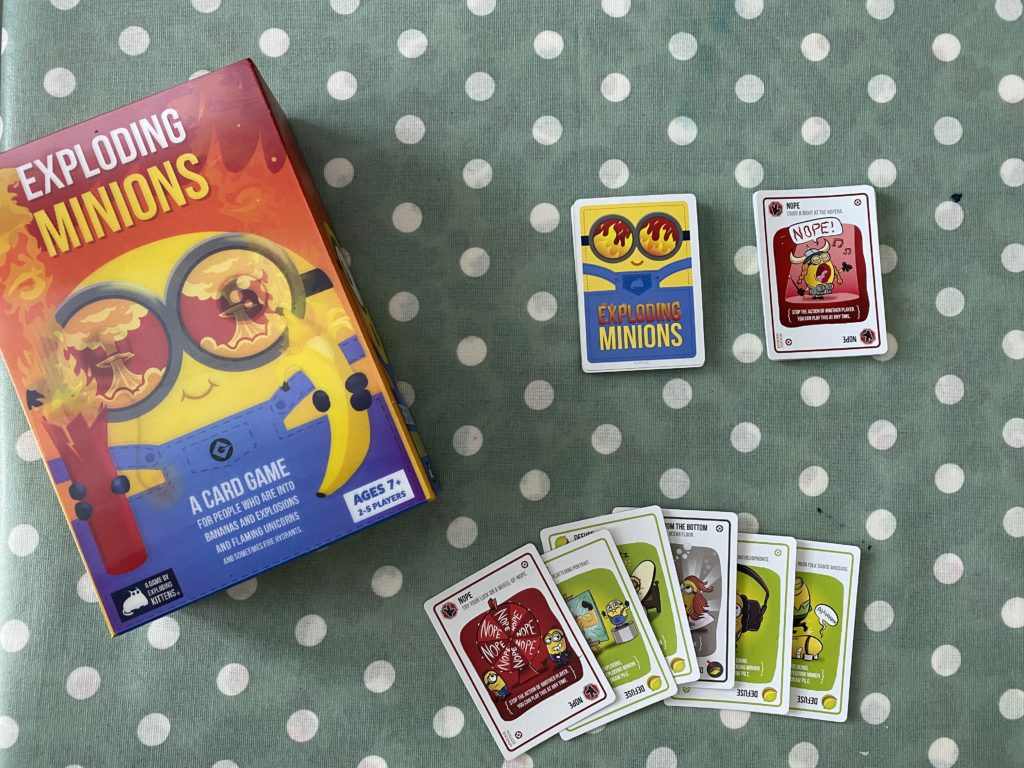 The game is easy to learn and quick to play which keeps kids and adults on their toes. If you draw an Exploding Minion, you explode and are out of the game. If you don’t explode, YOU WIN. 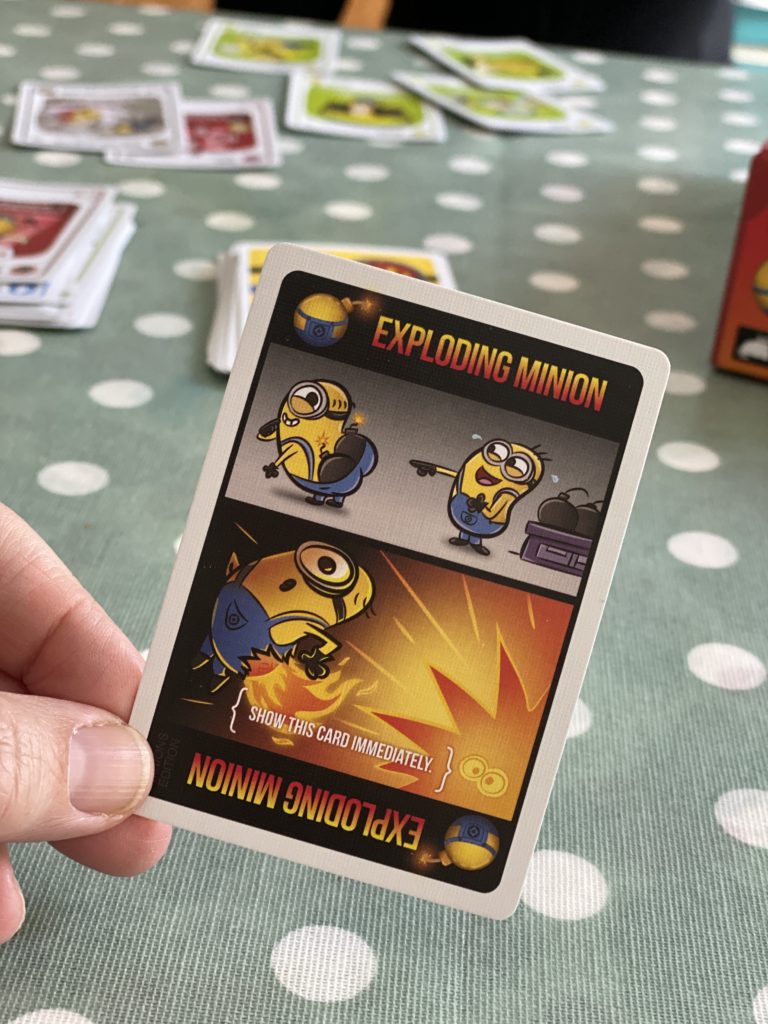 It’s a quick game because you can adapt it to the number of players. It’s fun to see who is going to end up drawing the Exploding Minion card but there are a few ways of preventing yourself from dying – such as holding a defuse card. 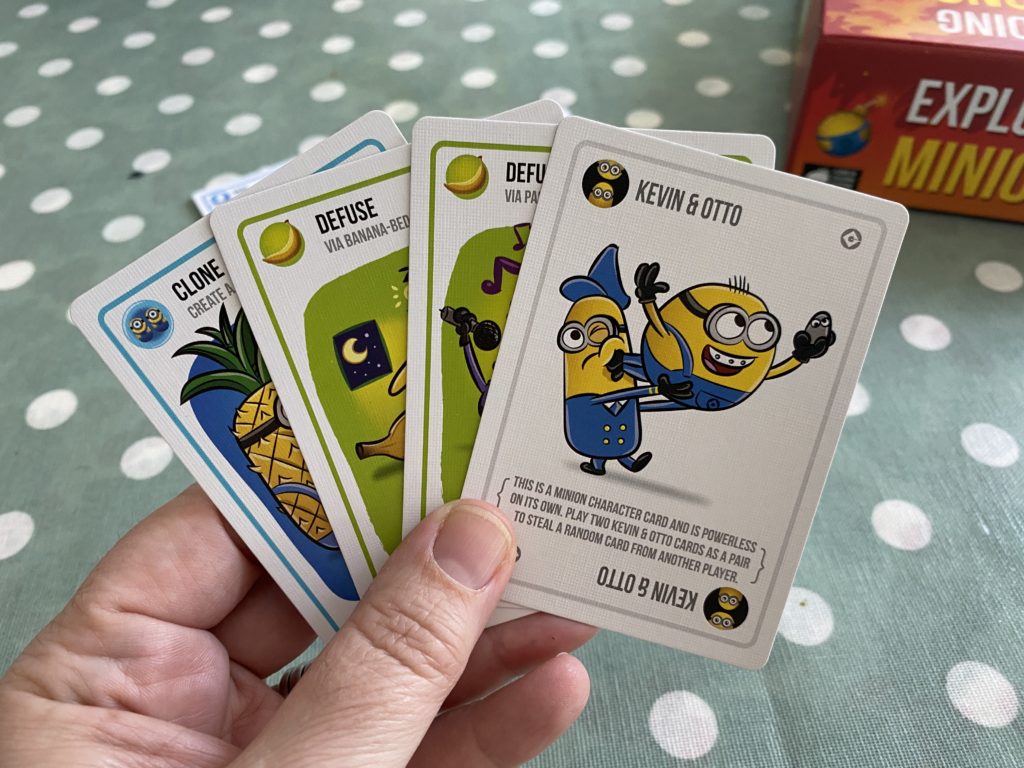 We love the Minions cards, the illustrations are really fun and made the children giggle whilst they played.

What’s inside the box: the cool lenticular box contains 72 cards

Can be played by 2-5 players

A game takes around 15 minutes