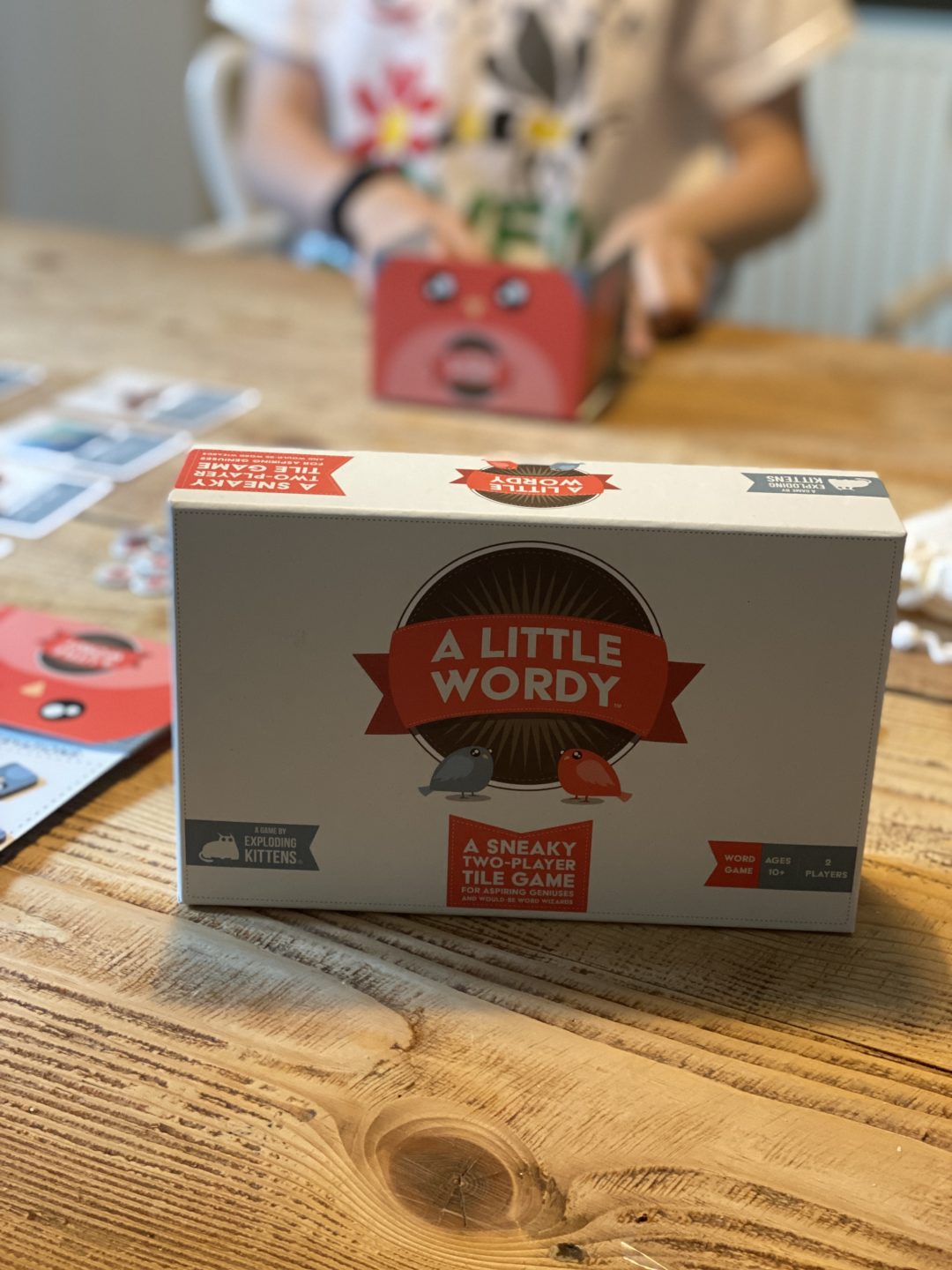 We love a new game and were delighted to be gifted the NEW A Little Wordy which was the perfect size to pack and take away with us. A Little Wordy from Exploding Kittens is a 2 player game but we doubled up so we could play as a family.

A Little Wordy is a fun word game but it’s NOT about having the strongest vocabulary, it’s about making clever choices! 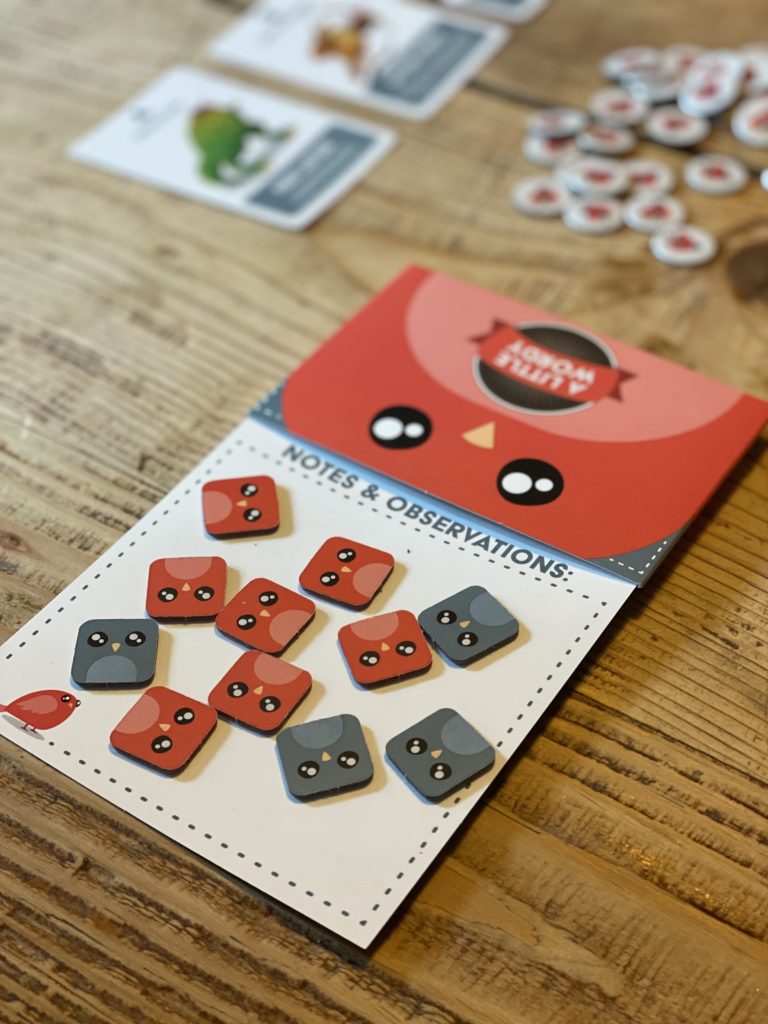 The game is simple to set up and packs away neatly in a small box, perfect for taking away on holiday or for a quick game after dinner.

First you set up your dry erase birdy shield and dry erase marker, place the berry tokens between you and your opponent and take letters from the bag of Vowels and Consonants. Then you come up with a word which your opponent must try and guess. Along the way you try to collect birdy tokens and can bargain for tips and hints! For every word guessed correctly, the player will earn Berry Tokens and the player with the most tokens wins. 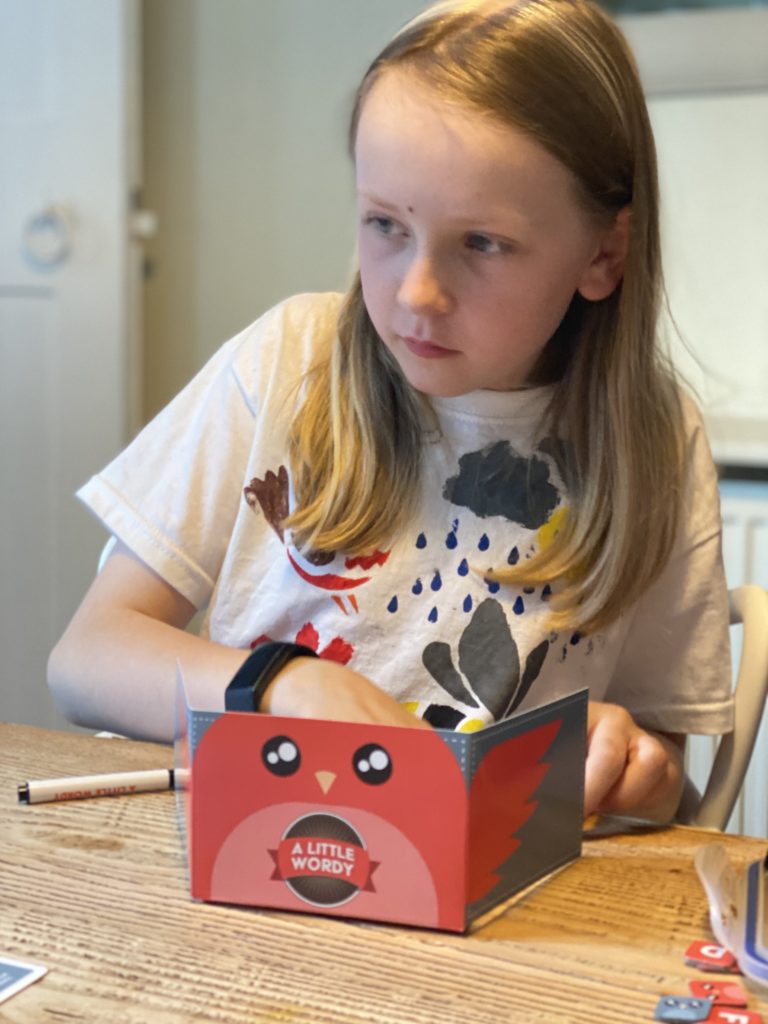 A Little Wordy is a sneaky, tile-unscrambling word game for would-be word wizards. The game is a thoughtful, strategic, highly-replayable game that’s not about having the mightiest vocabulary, but about making clever choices.

It’s a clever game because the longest, most sophisticated word won’t necessarily win. A Little Wordy levels the playing field against veteran word wizards since using smaller, more common words may be better than using longer, more difficult words because the opponent may overthink things and blaze right past it. Trying to also figure out the opponent’s secret word can be both hilarious and delightfully maddening (as my 9 year old found out!).

We have enjoyed playing the game so far. It’s great for keeping our brains ticking during the Summer slump and like the fact it can be played by 2 people or 2 teams. It’s a fast-paced game and a lot of fun.

Can be played by 2 players

A game takes around 2-20 minutes