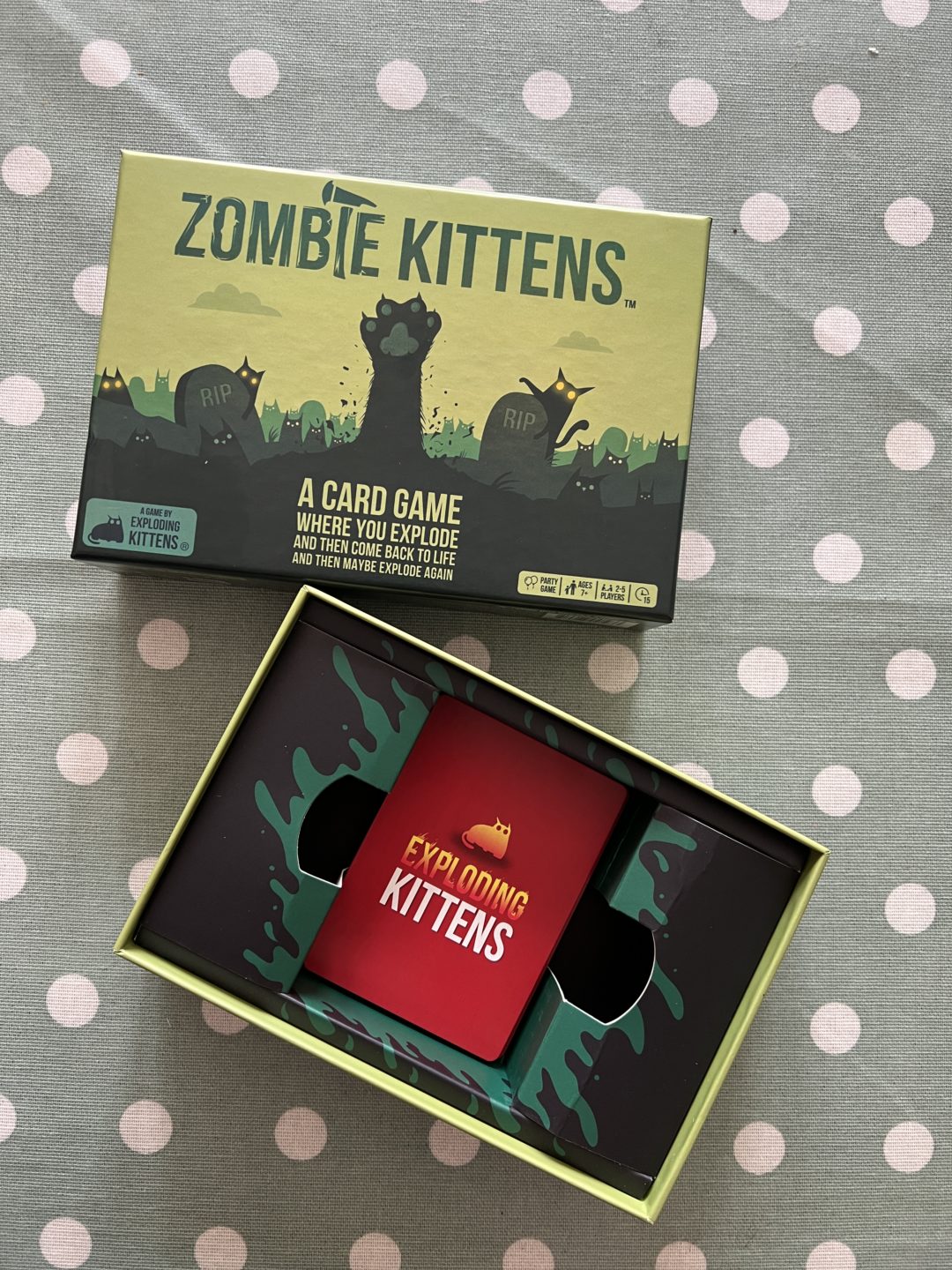 I can’t believe it’s three years ago since we were introduced to the game Exploding Kittens. It’s been a firm favourite with our family, and always gets packed away when we go away for a weekend. Last year we were lucky to try Exploding Minions too!

Exploding Kittens – The premise is simple – you are dealt a number of cards. You take it in turns to place and draw cards until you pick an Exploding Kitten card. Then you explode, and when you explode you die. Unless you use a Defuse card which will stop the kitten from exploding.

Exploding Minions – Exploding Minions is very similar but with Minion-themed cards (which is perfect because we are huuuuuuge Minion fans!). The Minions bring a new game-changing card with them that allows players to Clone cards! As in Exploding Kittens there is also a Defuse card which you can use to stop the kitten from exploding.

The newest expansion to the original Exploding Kittens game, Zombie Kittens is a card game where players explode, and then come back to life, and then maybe explode again.

For the first time in any Exploding Kittens game, players who explode can be resurrected and return back to the game thanks to the new Zombie Kitten card. Just because you die doesn’t mean you are out of the game. 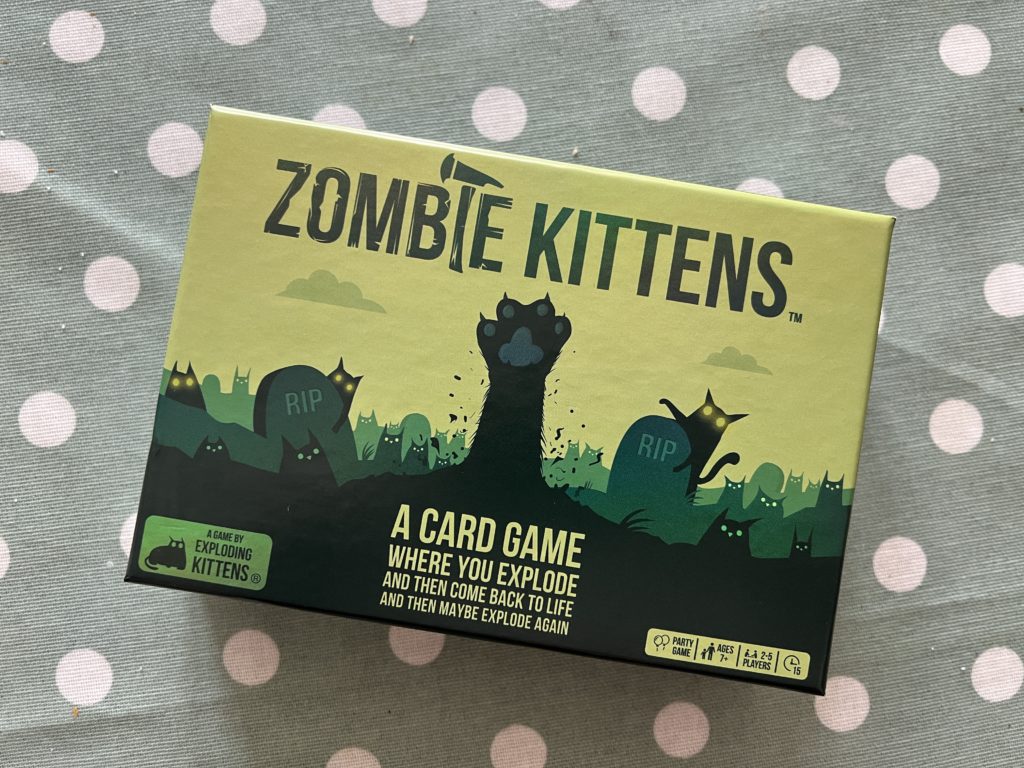 Great for adults and kids ages 7 and up, Zombie Kittens features new cards and fun new art work from Matthew Inman, Creator of The Oatmeal. The game takes 2-5 minutes to learn and 15 minutes to play. Groups of 2 to 5 players can play together but when combined with the original Exploding Kittens deck, groups of up to nine people can play the game! 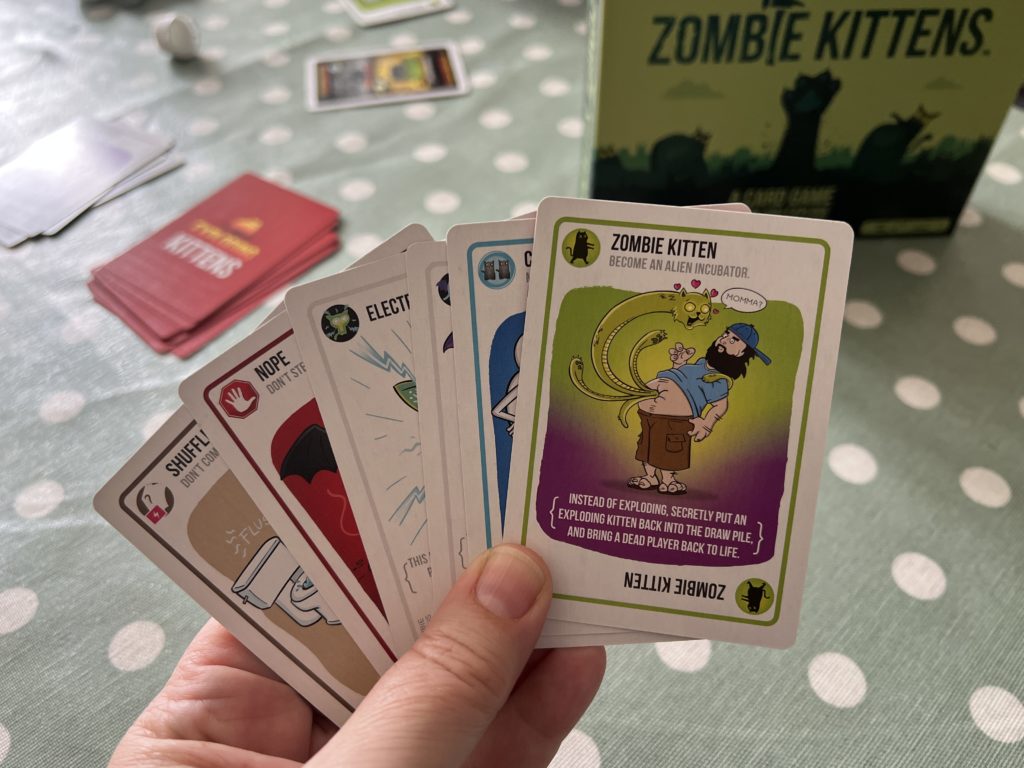 It makes for a fun card game with the possibility of exploding at any moment! the fun twist with Zombie Kitten is that you can play any Zombie Kitten cards instead of exploding. If there are any dead players you can bring them back into the game.

We are a family of four but we like the fact you can play it on its own or combine the deck with the Original Exploding Kittens game for larger groups.

What’s inside the box: 61 cards and instructions

Can be played by 2-5 players

A game takes around 15 minutes