Christmas crafts Elf on the Shelf 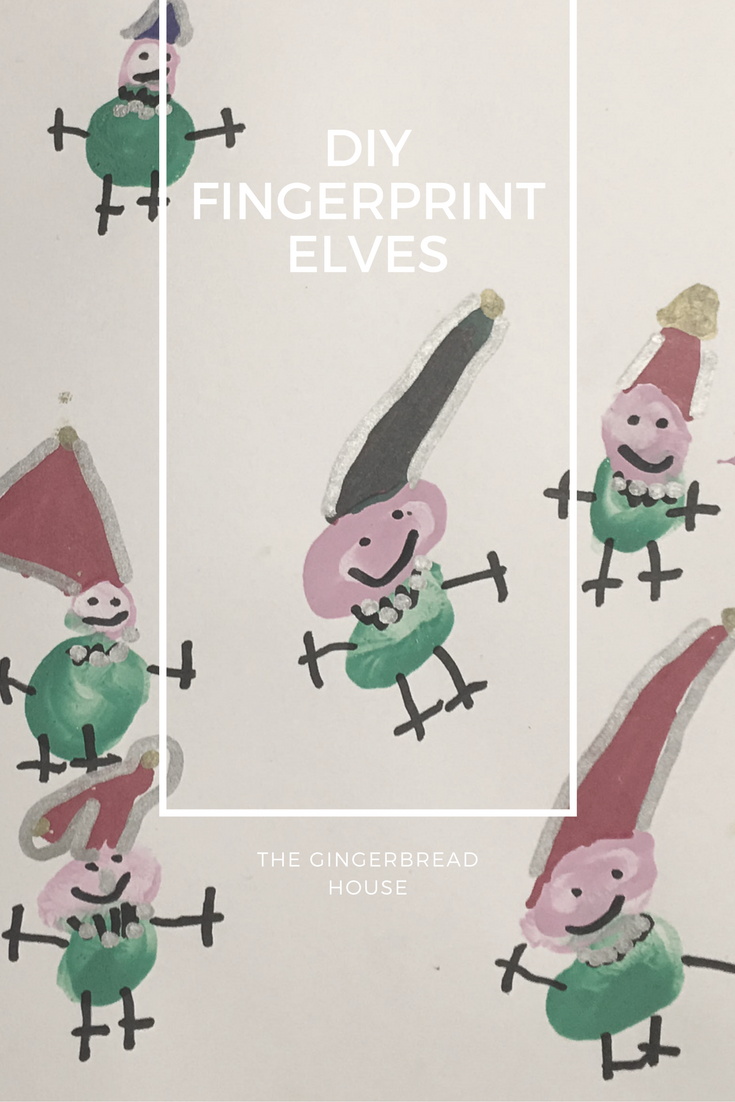 I’m getting really excited about our Elf coming to stay on the 1st December. I wanted to drop a few hints to my children about his imminent arrival so came up with an Elf on the Shelf craft for them. This is another of those easy after school crafts which is perfect for some downtime around the table.

It’s been a while since we had fun with paint and our fingers so the children had a few attempts. They experimented with dipping their fingers in the paint but this was too splodgy so they eventually opted for brushing it on. 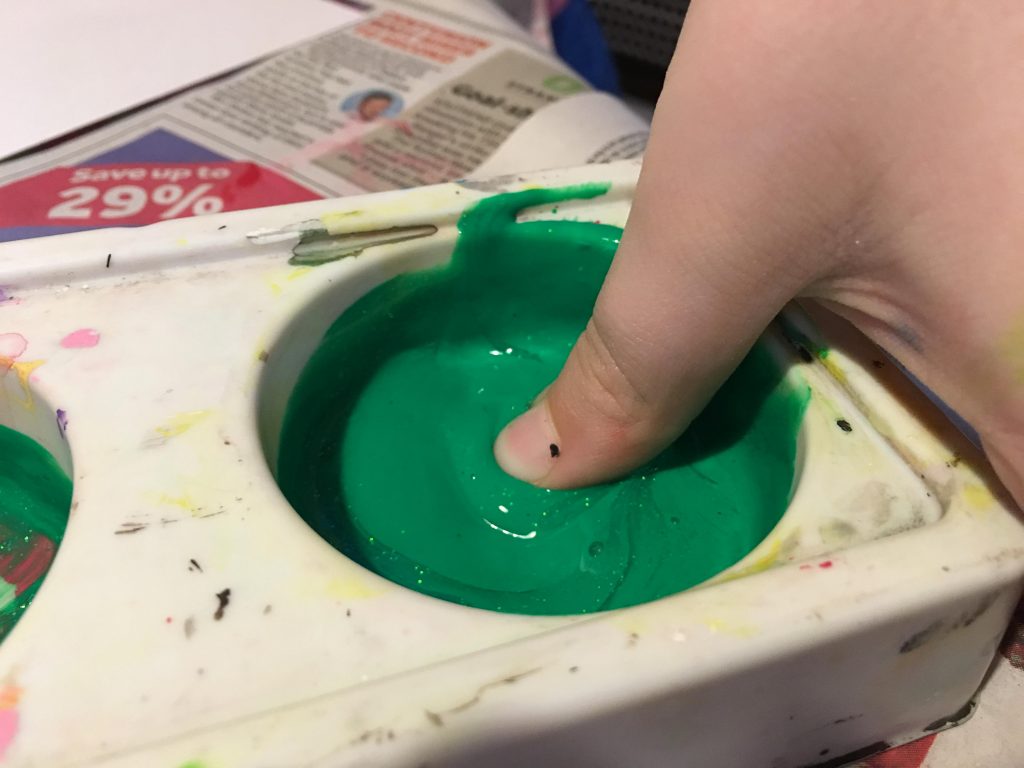 With paint-y fingers and thumbs they started adding elf bodies to the sheet of paper. They used different fingers for different sized bodies. 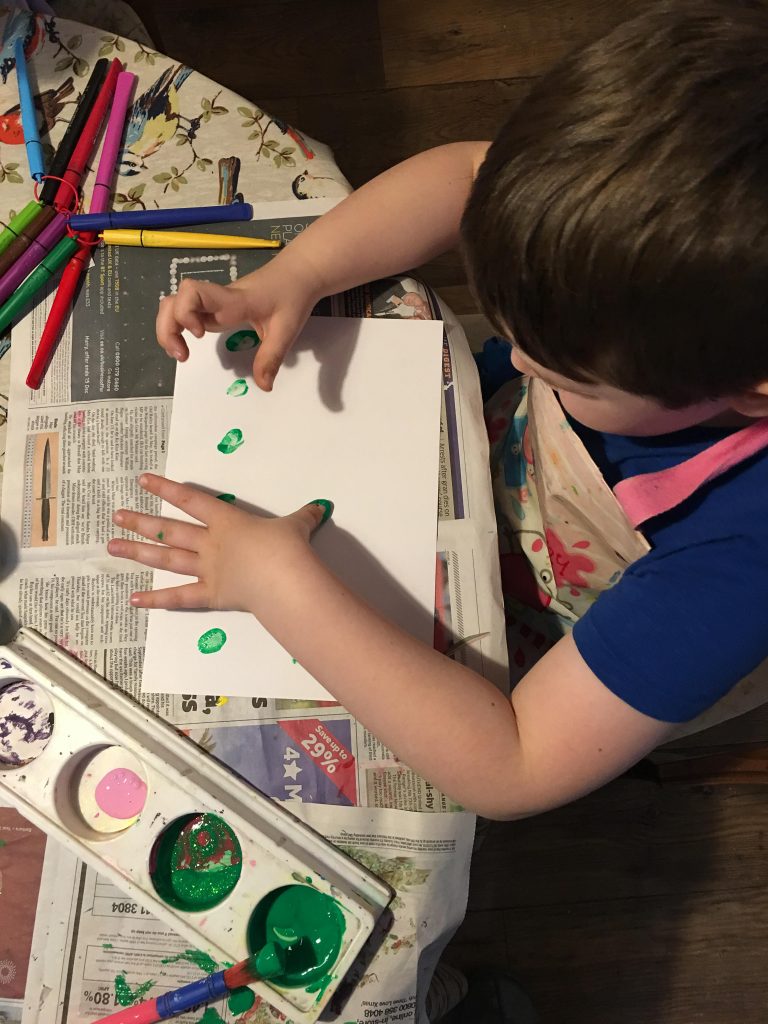 When they had finished the elf bodies we left the paint to dry for an hour before adding the elf heads with pink paint. 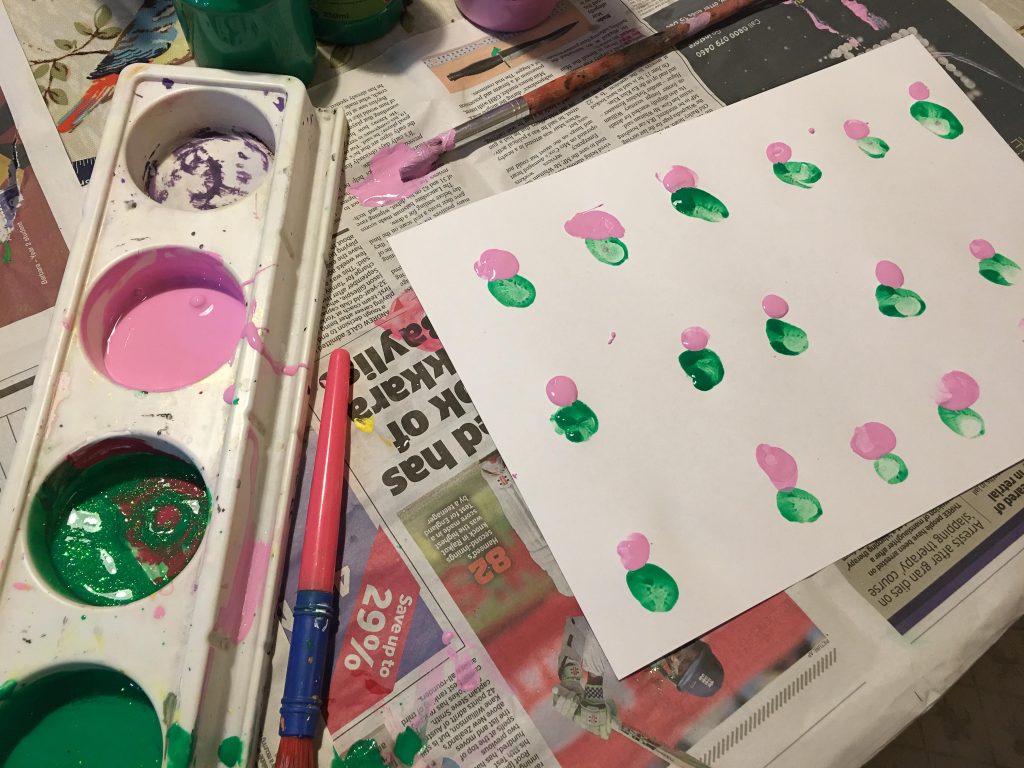 We left this to make sure the paint was completely dry, then started adding in the details – hats, arms and legs, and of course faces. 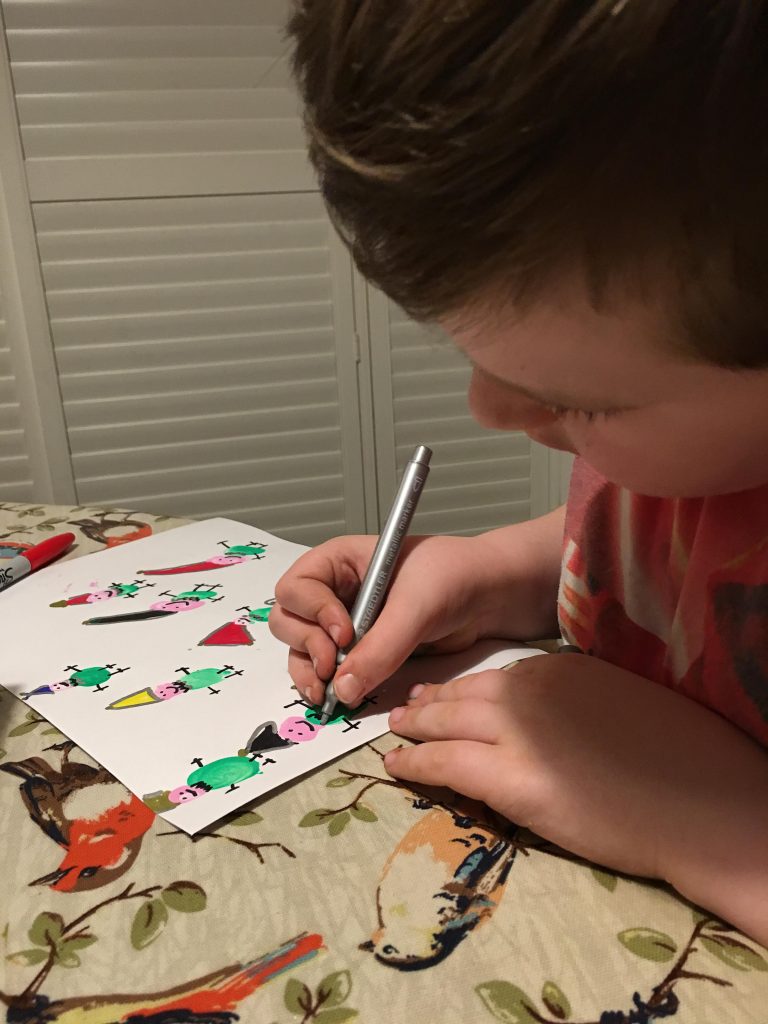 The children had some fun and we have ended up with two great pictures – a fingerprint Santa’s Workshop full of busy elves making Lego sets and a family portrait – elf style (which might just be our Christmas card this year!). 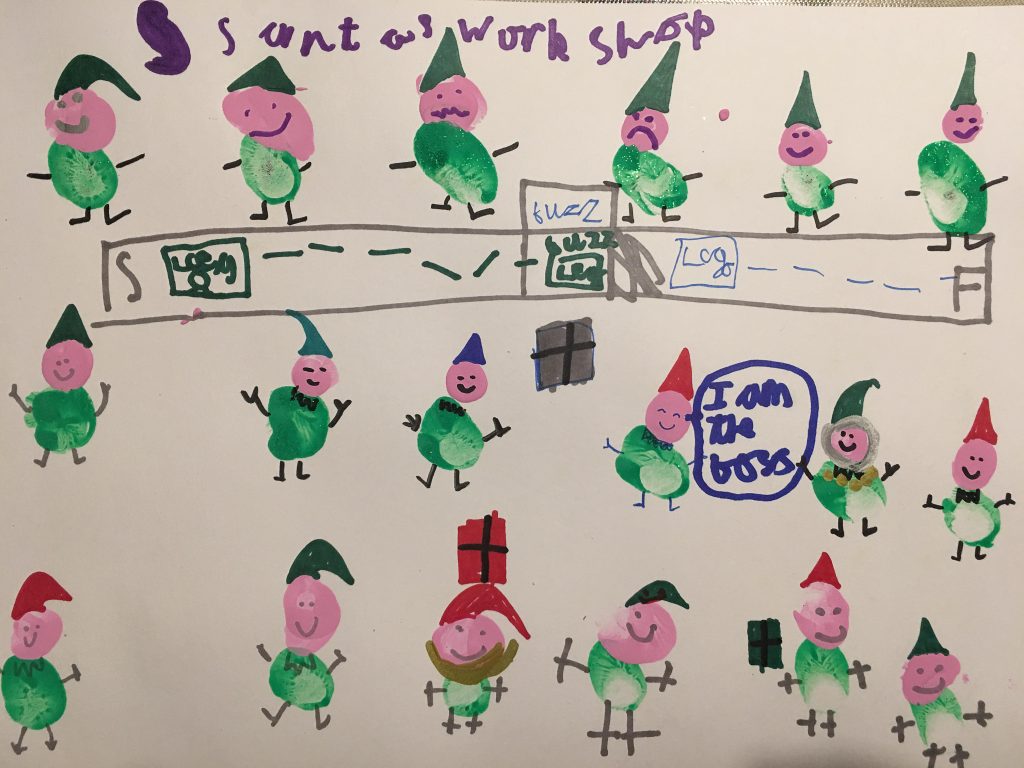