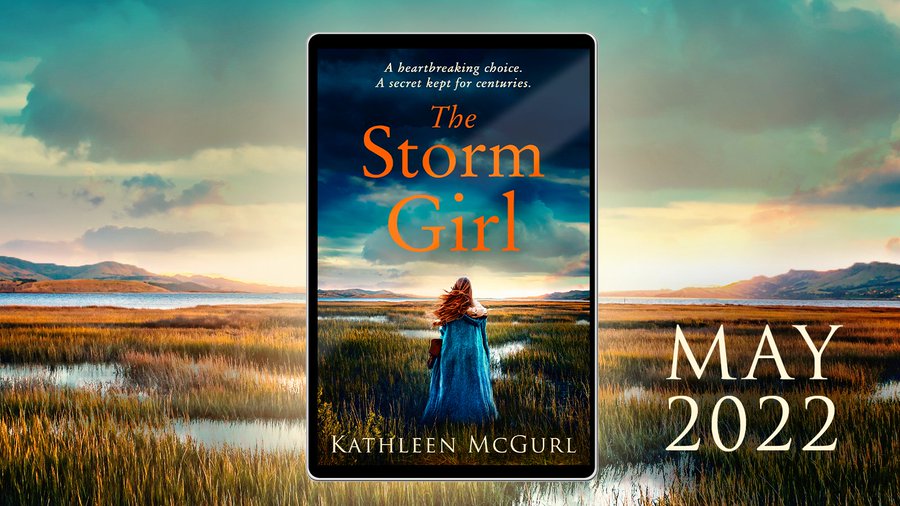 Over the last few days I couldn’t put down The Storm Girl by Kathleen McGurl. I love historical fiction and the blurb sounded like something I would enjoy.

A heartbreaking choice. A secret kept for centuries.

1784. When Esther Harris’s father hurts his back, she takes over his role helping smugglers hide contraband in the secret cellar in their pub. But when the free traders’ ships are trapped in the harbour, a battle between the smugglers and the revenue officers leads to murder and betrayal – and Esther is forced to choose between the love of her life and protecting her family…

Present day. Fresh from her divorce, Millie Galton moves into a former inn overlooking the harbour in Mudeford and plans to create her dream home. When a chance discovery behind an old fireplace reveals the house’s secret history as a haven for smugglers and the devastating story of its former residents, could the mystery of a disappearance from centuries ago finally be solved?

Despite knowing little about smuggling in the eighteenth century I enjoyed the story, especially the way it moved back and forth with the twin timelines. I liked the main characters and wanted to find out more about them. I didn’t realise that much of the smugglers stories in the book are based on fact. Smuggling was rife around Christchurch in the eighteenth century and real names and events are included. I found myself looking at a map of the area which really helped understand the story.

The author Kathleen McGurl lives in Bournemouth, UK, with her husband. She has two sons who have both now left home. She always wanted to write, and for many years was waiting until she had the time. Eventually she came to the bitter realisation that no one would pay her for a year off work to write a book, so she sat down and started to write one anyway. Since then she has published several novels with HQ and self-published another. She has also sold dozens of short stories to women’s magazines, and written three How To books for writers. After a long career in the IT industry she became a full time writer in 2019. When she’s not writing, she’s often out running, slowly.

The Storm Girl by Kathleen McGurl is published by HQ Digital, available on Kindle from 11th May 2022 and in paperback from 7th July 2022.

Thanks to NetGalley for an advance review copy.