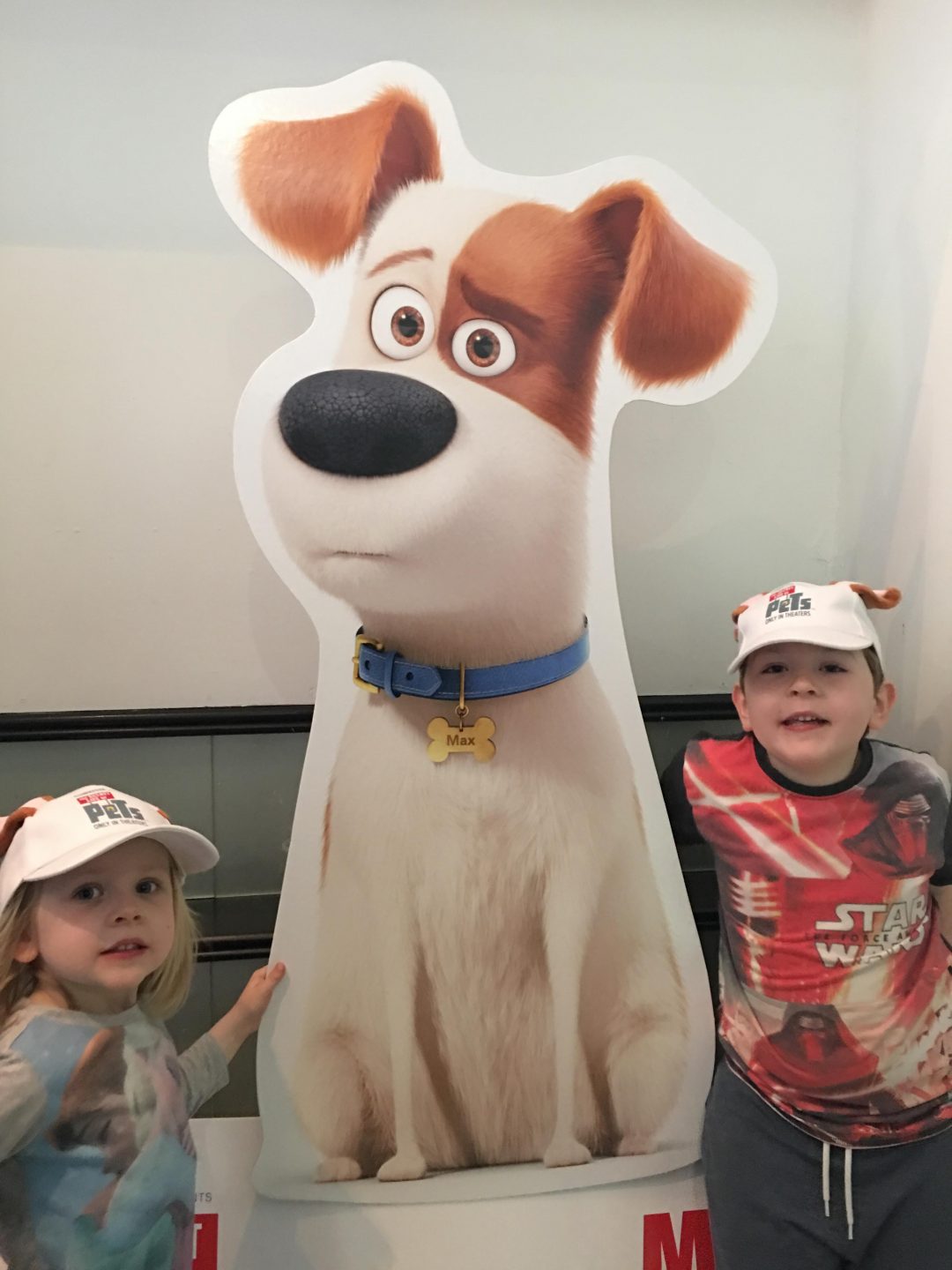 At the weekend we were fortunate to be invited by Petplan and Universal Pictures to attend a film screening of The Secret Life of Pets. The film is a comedy all about the lives our pets lead after we leave for work or school each day and is released on Friday 24th June.

Before the screening there were lots of activities in the foyer including from animal petting, making your own animal ears, and a photo booth. Unfortunately the queues were really long so we opted for the shortest queue – getting your own (human) dog tags. This kept my children occupied and they love their personalised dog tags! Then it was time for the screening. We were treated to The Secret Life of Pets branded treats on our seats and there was some special entertainment before the screening started. The film is brilliant with lots of characters to love and loathe! About The Secret Life of Pets

Max is a spoiled terrier who enjoys a comfortable life in a New York building until his owner, Katie, adopts Duke, a giant and unruly canine. During their walk outside, they encounter a group of ferocious alley cats and wind up in a truck that’s bound for the pound. Luckily, a rebellious rabbit named Snowball swoops in to save the doggy duo from its captors. In exchange, Snowball demands that Max and Duke join his gang of abandoned pets on a mission against the humans who’ve done them wrong. Meanwhile Gidget, a white Pomeranian that has a crush on Max, realises that he is missing. She recruits a hawk called Tiberius and together they and their friends go looking for Max and Duke.

I can’t giveaway the ending but let’s just say it’s as happy as you would expect and Max and Duke make it back to their home again. The film is from the studio that brought us Despicable Me and Minions and it is definitely on a par with those two films (although those loveable yellow Minions will always have a very special place in our hearts). I love going to the cinema with my children and they giggled throughout. I can’t wait to go and see it again with them soon.

Disclosure – this post has been possible thanks to Petplan and Universal Pictures, but all thoughts are my own. The Secret Life of Pets © 2016 Universal Studios. All Rights Reserved.