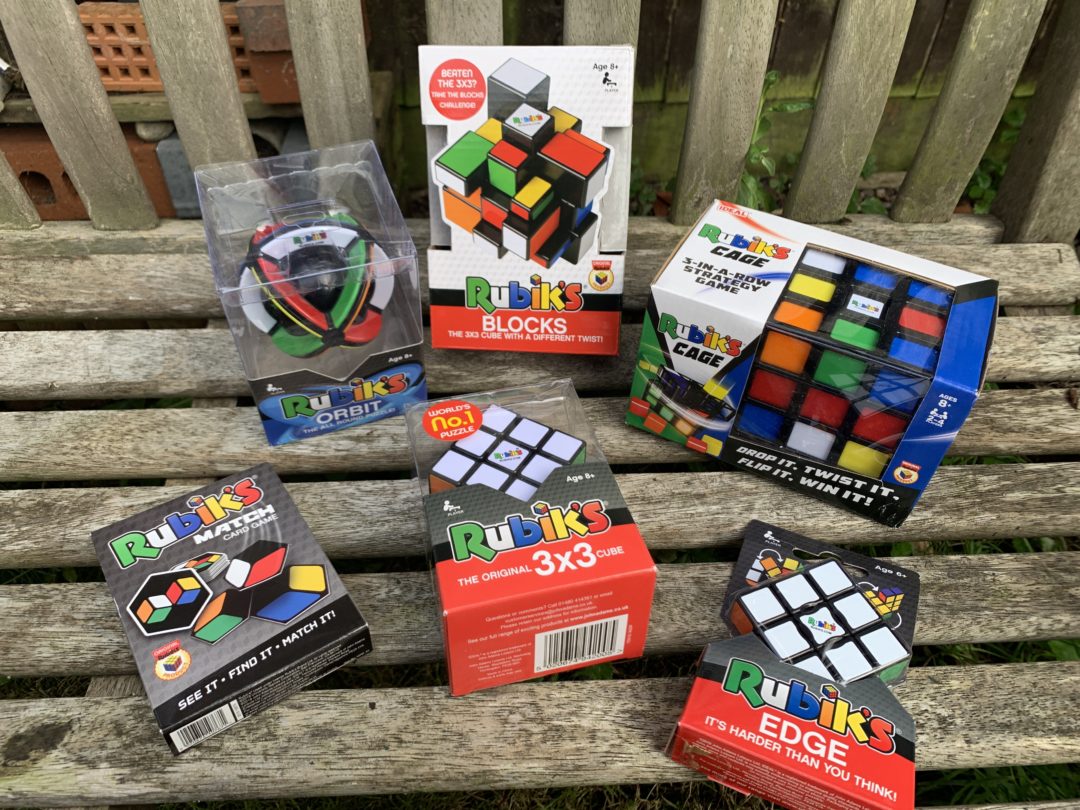 This summer Rubik’s launched a Summer Scrambles campaign with lots of fun new products. We were kindly gifted a bundle of them including Rubik’s Cage, Rubik’s Edge, Rubik’s Orbit, Rubik’s Block, Rubik’s Match and Rubik’s 3×3. We’ve always had the classic Rubik’s cube which my husband learned how to solve (with a bit of help from the website!) so I was keen to show him the new products.

We’ve had a busy Summer holidays with plenty of trips at home and in Europe, so I always pack a few toys to keep them busy. I know my children love to relax with some screen time but they love the challenge of a new toy or game too. I was delighted to pack the Rubik’s toys on our recent camping trip and they went down a treat with all the adults and children. Let me tell you more about them.

Everyone knows the classic 3×3. It’s been around for ever and it’s a classic family toy. It’s great for developing problem solving skills and every house should have one! 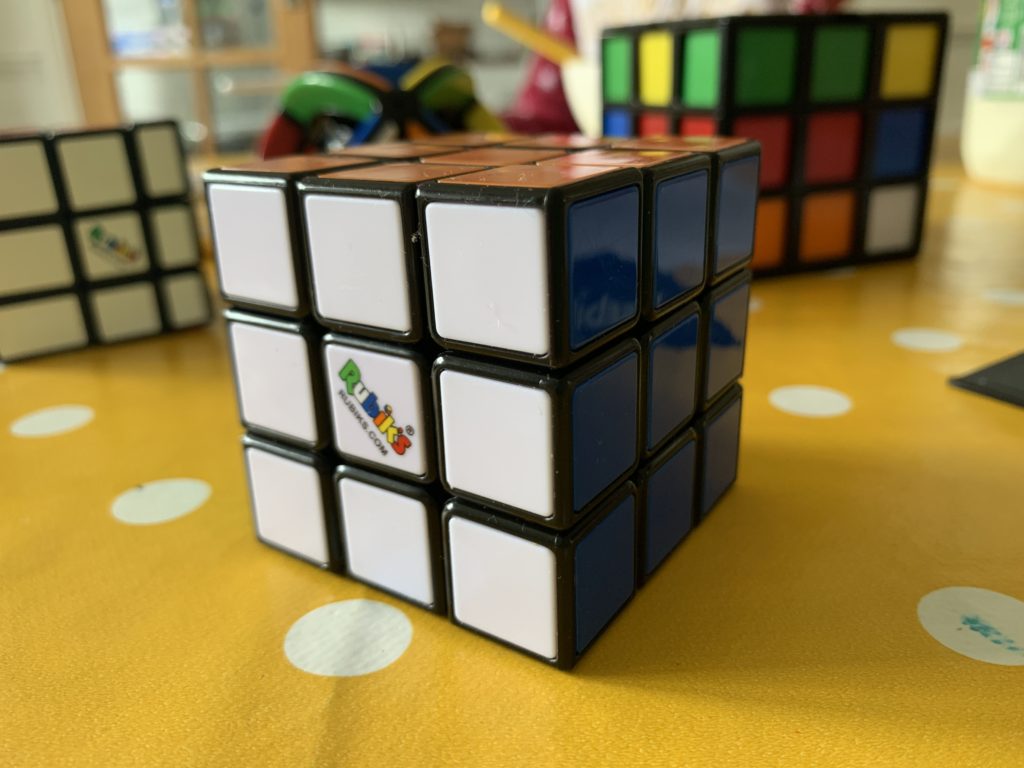 Rubik’s Blocks is like the classic 3×3 Cube you know and love, but with a different twist! Turn and rotate this crazy cube in the same way as the 3×3 but create amazing mind-blowing shapes as the cubies are three different sizes! If you can play the classic Cube then this is really fun.

Rubik’s Cage is a brain-bending, mind-twisting strategy game, where the aim is to get 3 cubies in a row to win! It may sound easy to get 3 in a row, but Rubik’s Cage is not as simple as it may seem as you can twist the layers and flip it upside down – so the cubies move around! The cubies are big and colourful and this has been a big hit with my children. 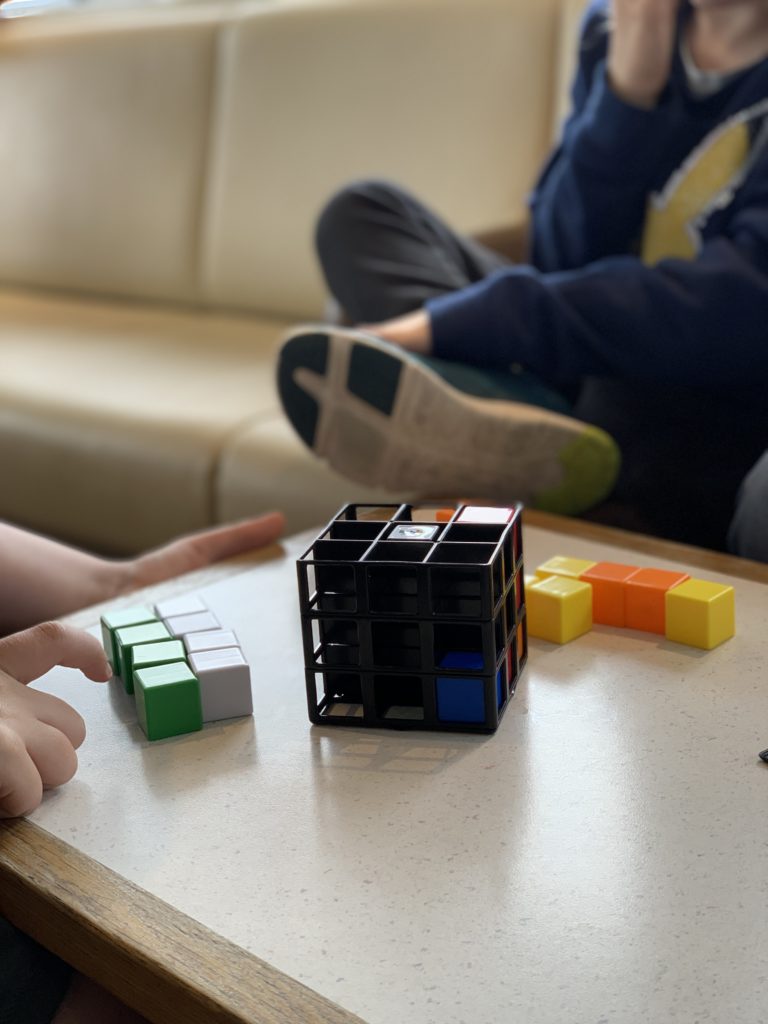 What is the Rubik’s Edge? It’s one layer of a standard 3x3x3 Rubik’s Cube and it’s trickier than it looks. Mix it up and try to get the colours realigned so that each side has only one colour. The slim profile makes it a great “go anywhere” puzzle. Fiddle with it and try to form cool shapes! Both my children are able to solve this one, it’s a great toy to start them off on their Rubik’s journey. It’s also pocket size which means it lives in my handbag and comes everywhere with us. 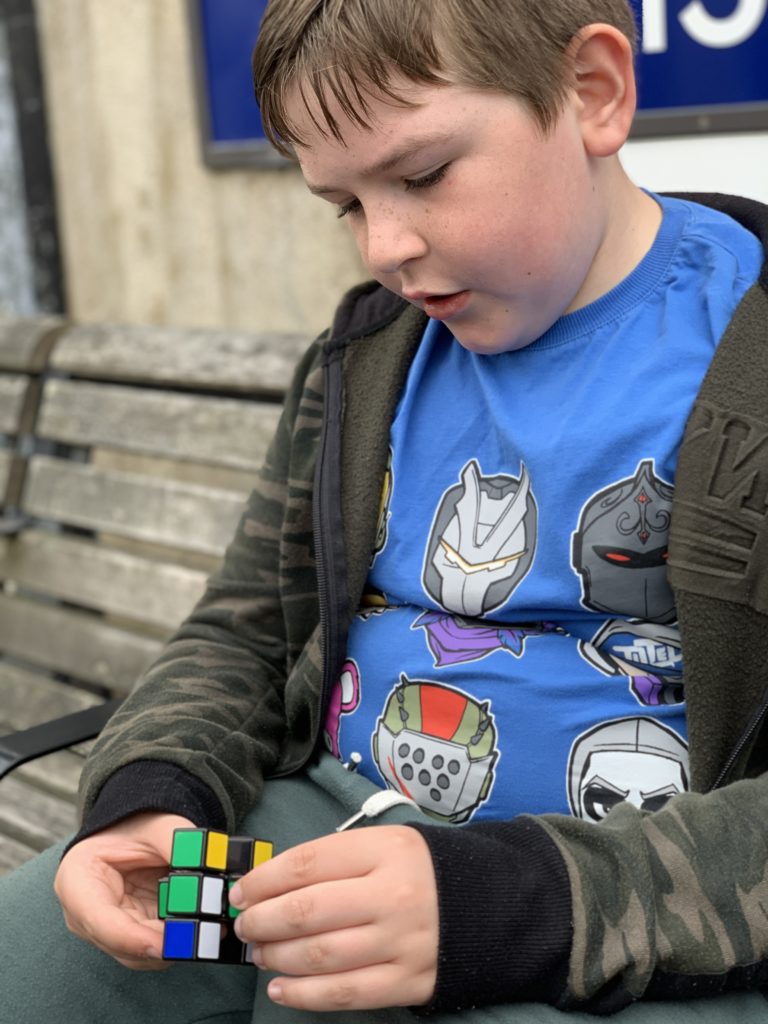 Can you take on the challenge of Rubik’s Orbit? Solve all 6 sides of the 3 rotating rings to match the Rubik’s colour all the way round. It may look different, but the challenge is just as big! This is a twist on the 2×2 to keep you puzzled for hours. I have to admit this isn’t our favourite product, it’s just too different from all the other ones we’ve tried. 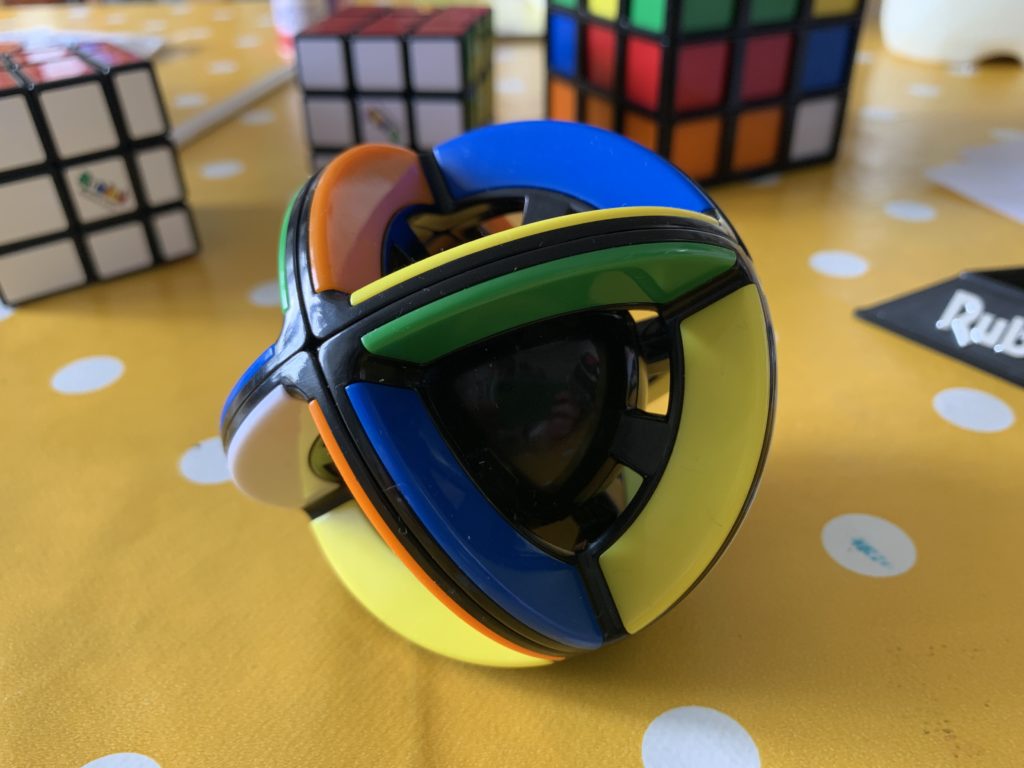 Rubik’s Match is the ultimate quick-thinking, fast-action card game for brain teaser fans. Players race to build the pattern shown on the Challenge cards using their own set of Cubie Cards. The first player to complete the pattern wins the round! This is also quite a lot of fun. We played it on the ferry and it’s nice and quick. The cards overlap so it took the children a while to get it but then we had loads of fun. 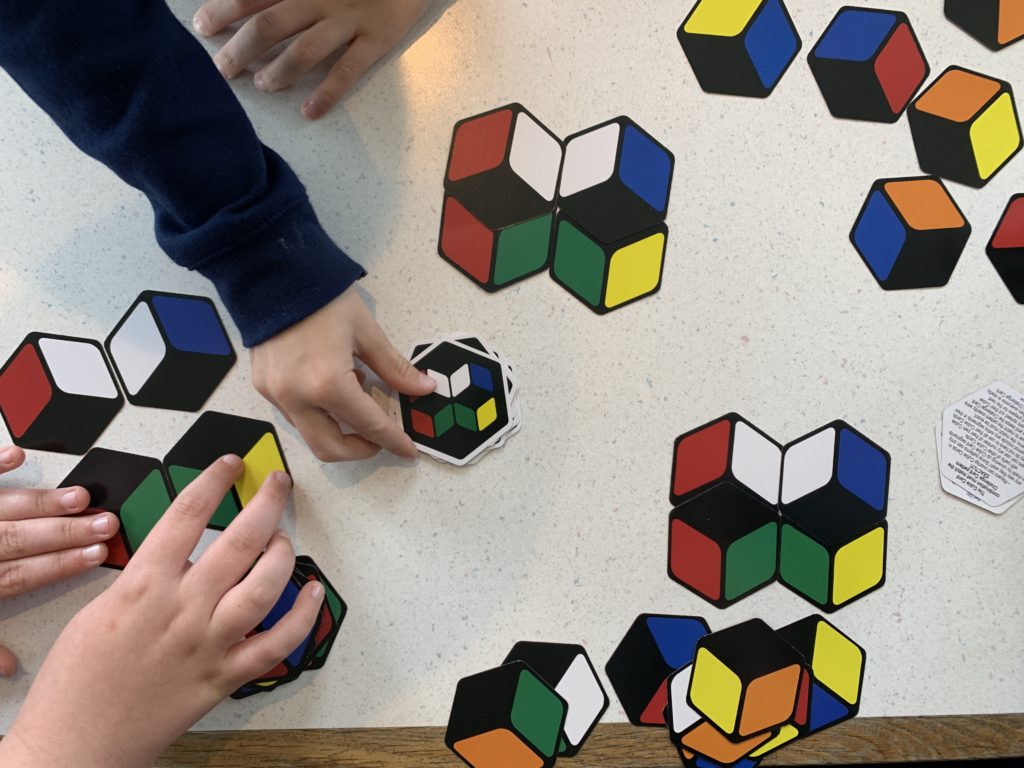 What do you think of the new products? They are really fun and challenging and great for encouraging kids to use their brain during the holidays. They are all suitable for children aged 8 and over. Look out for your chance to win a Rubik’s Cage and Rubik’s Edge later this week.