Subway, lead sponsor of the NFL London Games and the NFL Flag School Programme, are encouraging kids to try sport 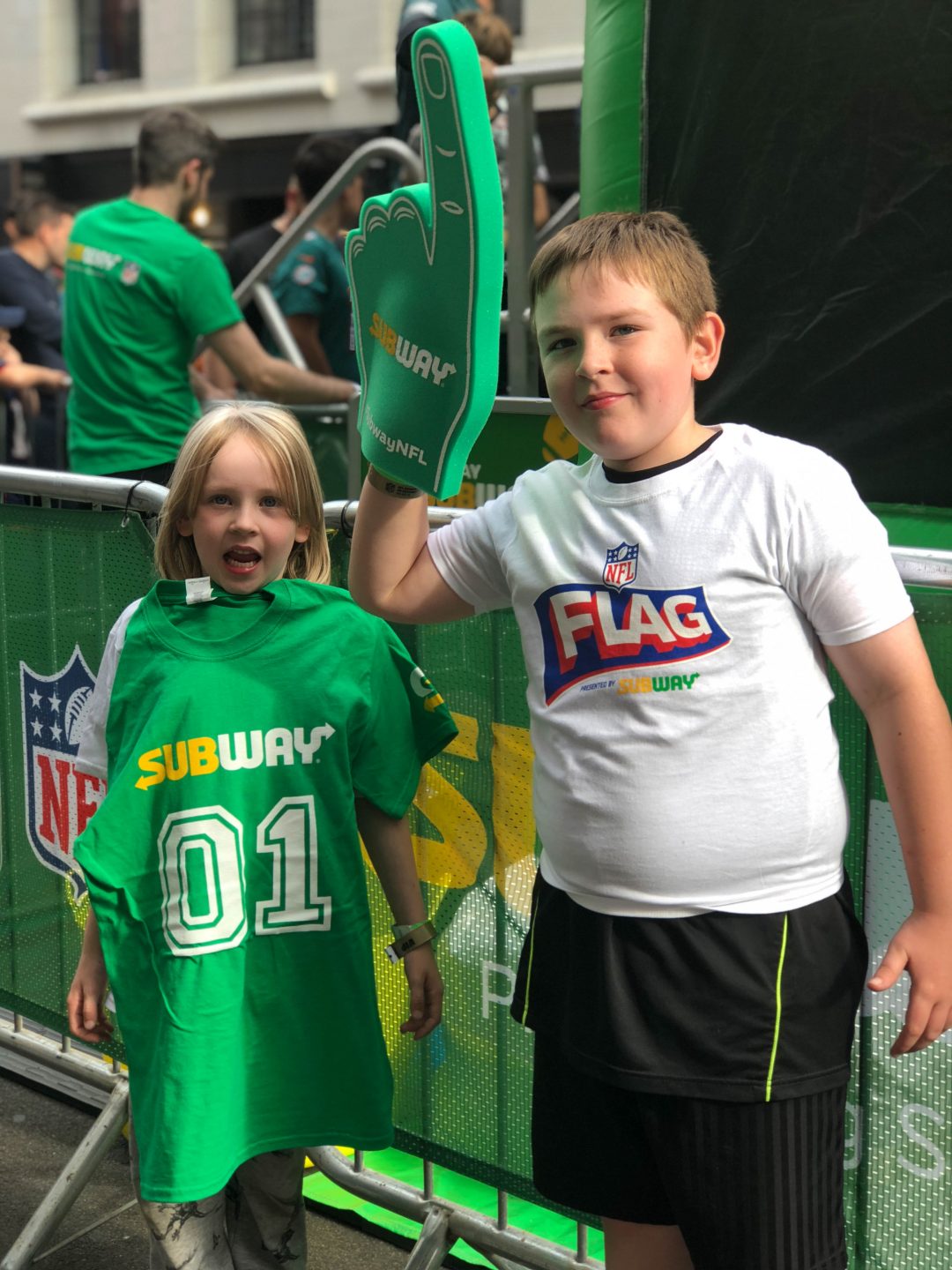 A few weeks ago, we attended a really fun free event at Piccadilly in the West End. Much of the street was closed for the NFL Kickoff which took over Piccadilly for the launch of the season. NFL is the biggest sport in the United States with more than 160 million people watching the Super Bowl each year. Did you know that the NFL is now among the fastest-growing sports in the UK and Ireland? More than 23 million people tuned in throughout 2016/17 to watch the games and 40,000 people now play the sport in England alone. 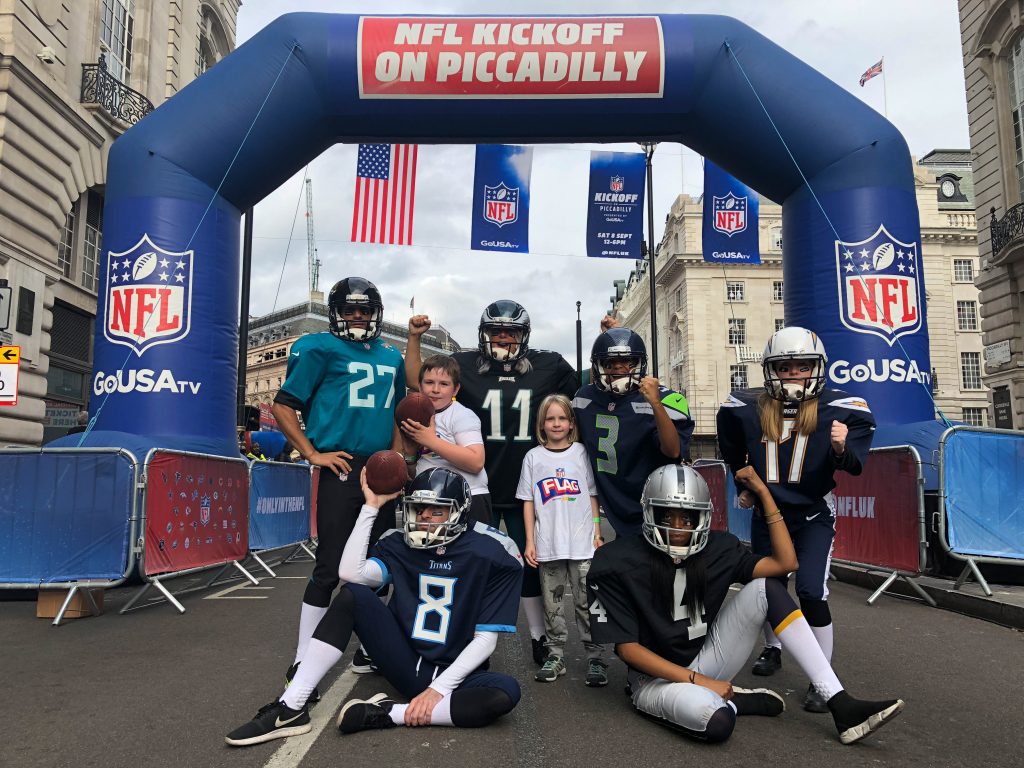 Subway® is proud to sponsor the NFL London Games and also presents NFL Flag, the school version of the sport. They invited us to take part in the activities at NFL Kickoff at Piccadilly with them. My children joined in with some fun team games on the NFL Flag mini-pitch.

Subway® and NFL are bringing the sport directly into schools across the UK and Ireland via NFL Flag. This is the non-contact sport of American football for kids, where tackles are made by pulling off a flag which is worn by all players. Over 10,000 kids in the UK have already taken part in NFL Flag. 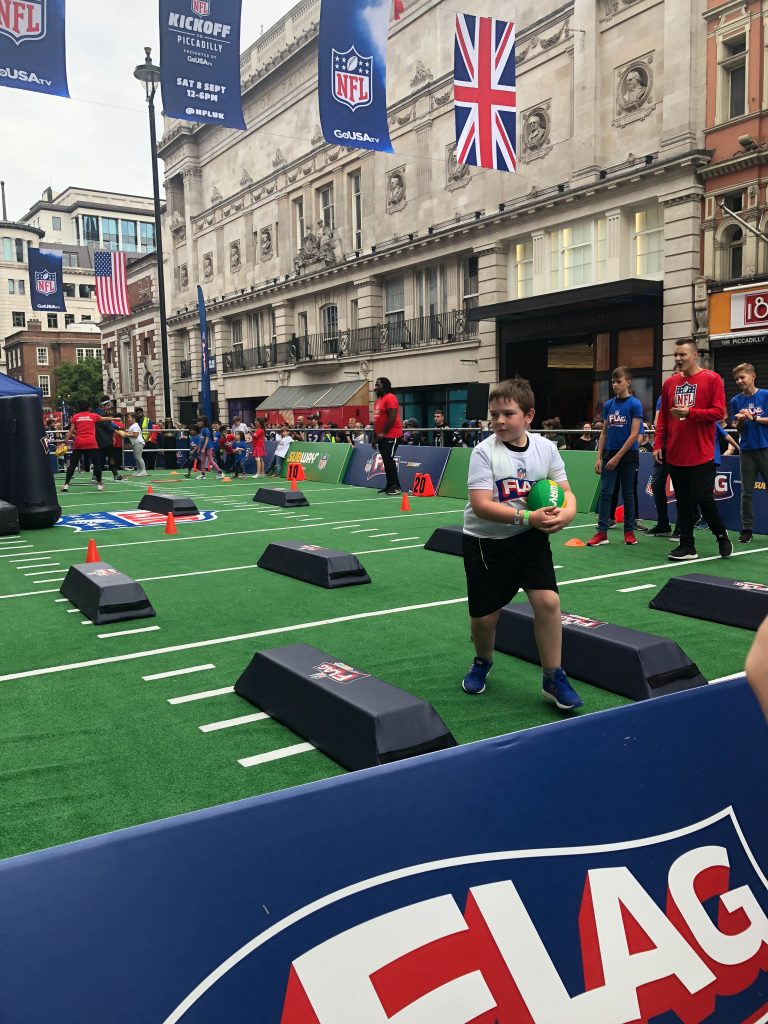 There was also an awesome Subway® ball pit where you could hunt for the special balls and win prizes. My 8 year old was chuffed to win a foam finger which he was more than happy with. We also watched NFL UK Live with NFL legends, Matt Forte and Paul Posluszny; and saw the Jacksonville Jaguars Cheerleaders perform as well as the NFL mascot, Swoop from the Eagles.

I know that not everyone heard about the NFL Kickoff event but there’s no need for anyone to miss out. In line with the sponsorship, Subway® is offering exclusive NFL activities in every Kids Pak. We love a tasty Subway® and couldn’t wait to try the new NFL Kids’ Pak™ at our local Subway®. Did you know that they include 2 of your 5 a day if choosing the BEAR Pure Fruit Yoyo and Robinson Fruit Shoot My-5? 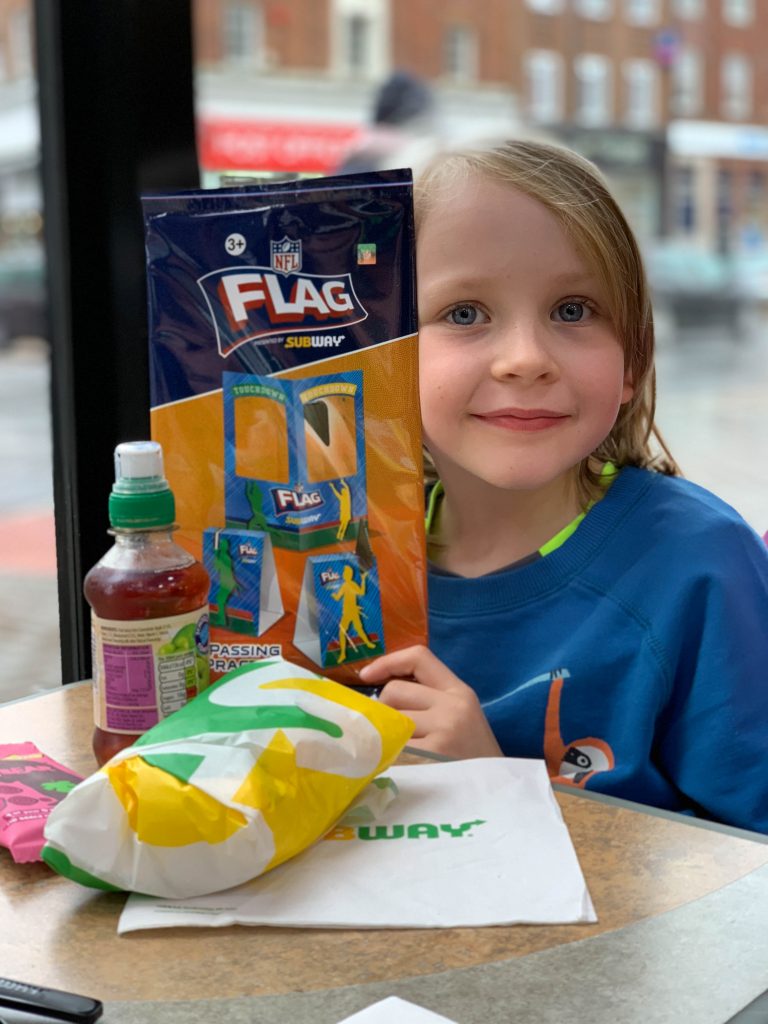 Each Kids’ Pak™ also includes one of 4 games to collect: Flag Football Pairs; Passing Practise; Quarterback Run; and Game Day Board Game. Not only are these games fun, but they are also educational, helping kids learn valuable lessons in sportsmanship, teamwork, discipline and commitment.

With half term looming why not treat you and your family to the new NFL Kids’ Pak™? They are only available until 30th October so go and try it now! You can find your nearest Subway® here.