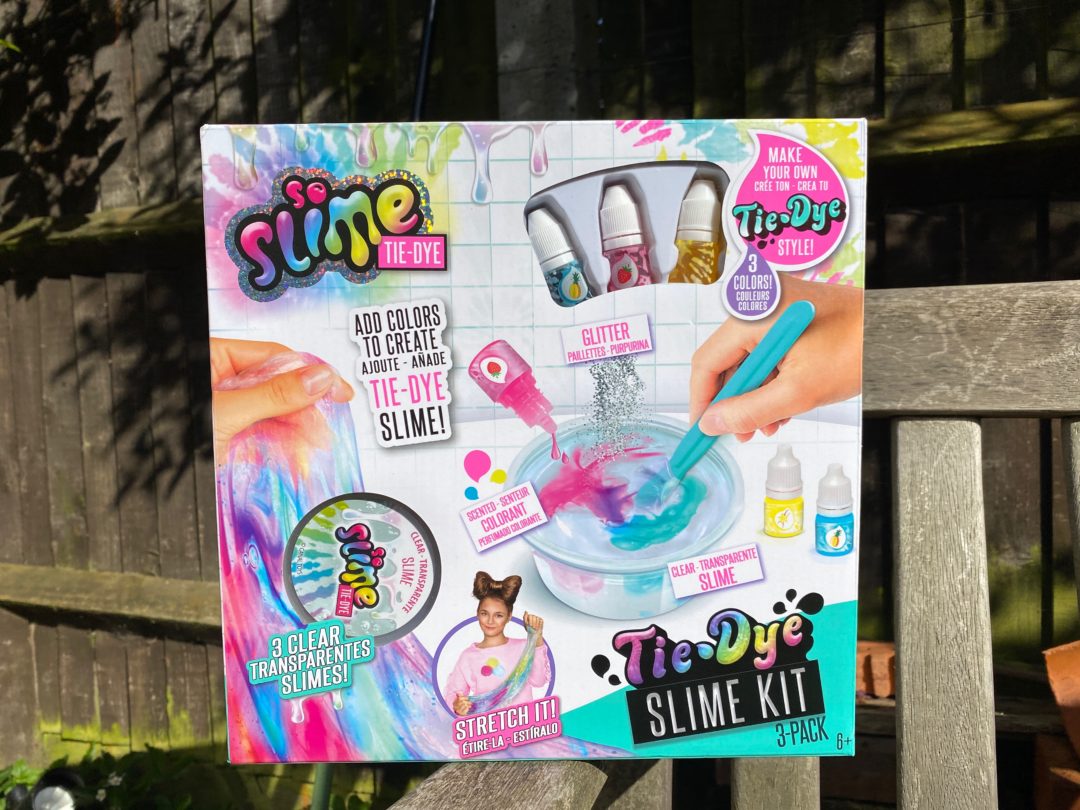 With an inquisitive 8 year old you probably won’t be surprised that she loves to make and play with slime. I think slime is a great STEM toy (one which utilises science, technology, engineering and mathematics) and it seems to appeal to her inner scientist! We were recently offered the new So Slime Tie-Dye kit and I couldn’t wait to see what she thought of it. She has a few of the So Slime kits and they are great value fun for kids! 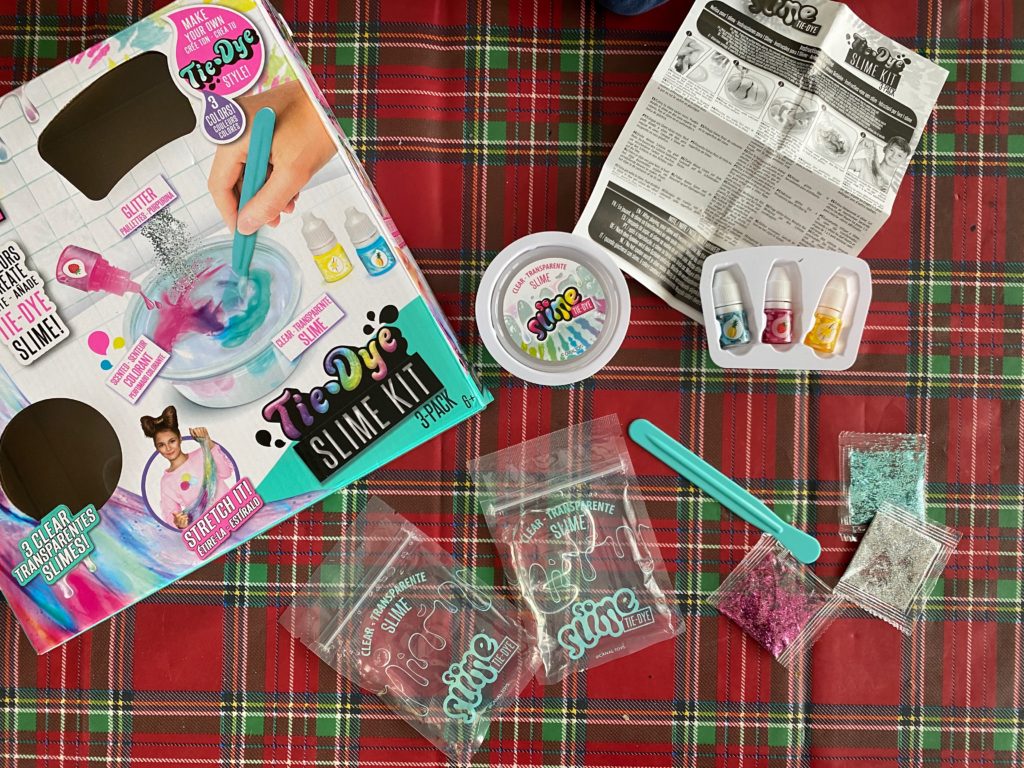 The slime is already made for you and comes in one pot and two little bags. Tie dye is really big in the crafting world right now and it’s not something I’ve done since school.

Traditionally tie-dye is a process of tying and dyeing a piece of fabric by folding the material into a pattern, and binding it with string or rubber bands. Dye is then applied to only parts of the material. I was intrigued to see how this would work with slime! 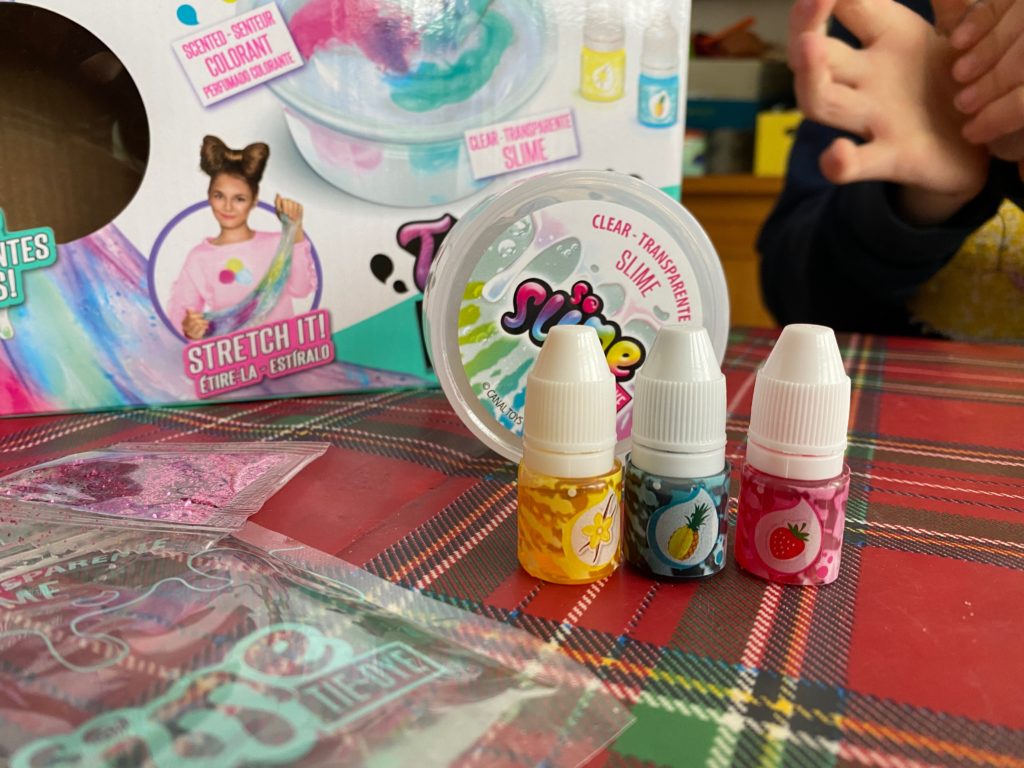 First we opened up the pot of slime then my daughter added drops of the colour dye into the pot, before mixing it in with the plastic tool. If you’re really adventurous you can mix the three colours to make even more colours! 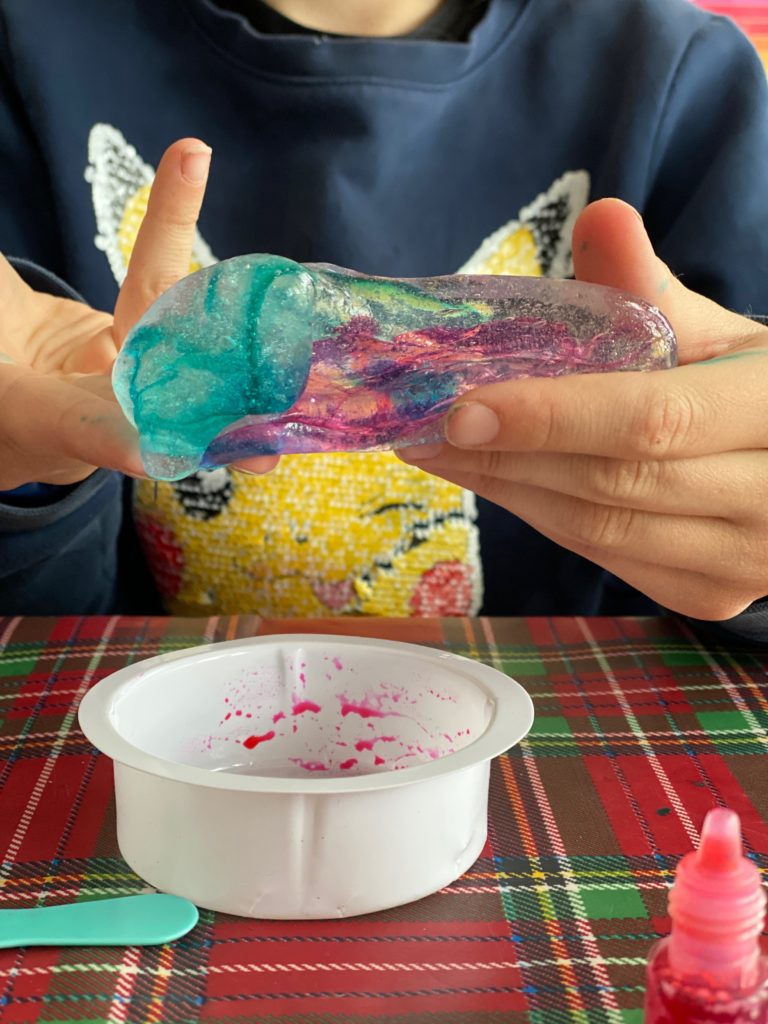 It made for really pretty slime! When the colours re mixed in you can pick up the slime and play with it, although this has the effect of mixing the colours even more so the colour of the slime is constantly changing.

My daughter did the same with the other bags of slime, adding more colours and glitter. She loved the science behind slime. What makes it slime a great STEM toy is that you can introduce subjects such as problem solving, maths and ratios, and concepts such as viscosity. I’m a huge fan of making play educational and slime ticks all these boxes! 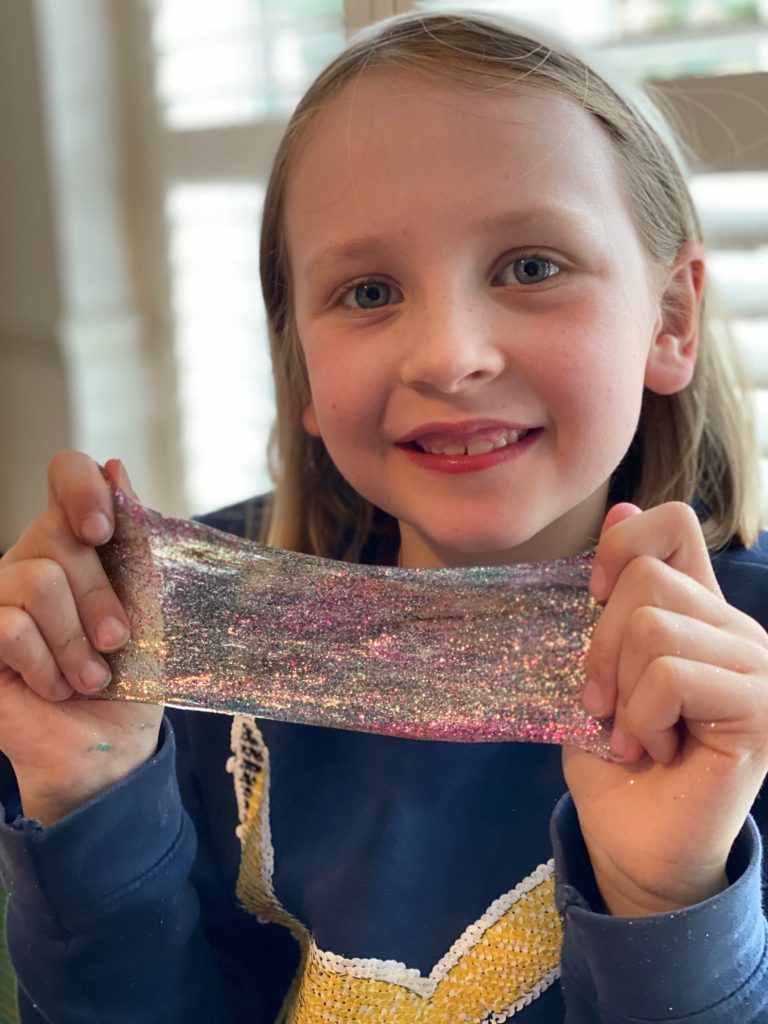 I’m not a huge fan of glitter but she had so much fun that it was worth clearing it all up afterwards. Eventually she combined the three different slimes she had made and mixed them all together. The colours made a gorgeous galaxy slime which sparkled in the light.

You may be interested in some of our other slime reviews: