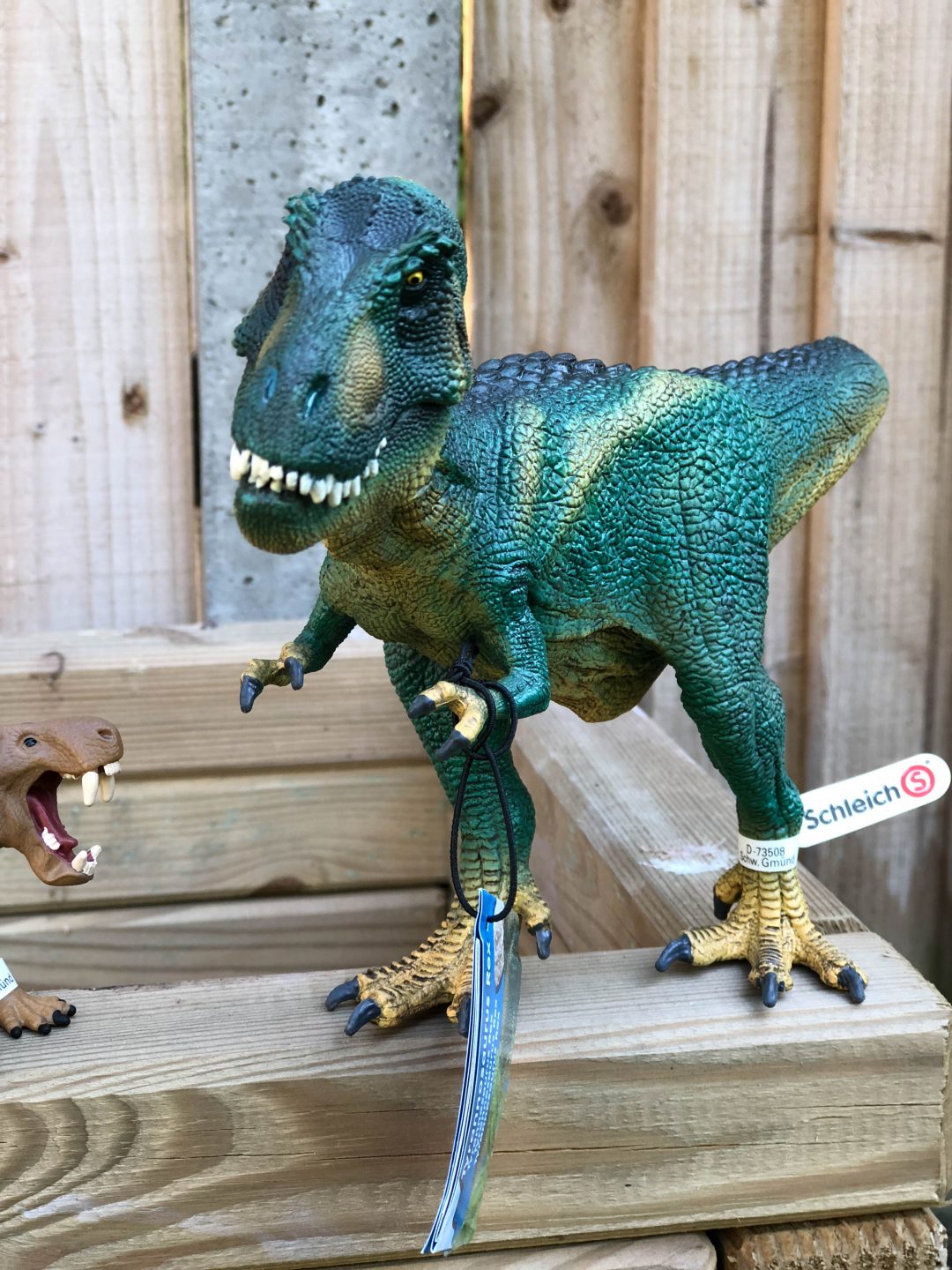 I mentioned the other day that my 6 year old just loves dinosaurs. She always has loved dinosaurs, and now has quite a collection of books and toys to play with. She loves reading about dinosaurs and is really good at identifying them. We are also pretty excited about the latest Jurassic World film which is released next month and we have been re-watching all the old films in preparation.

We were sent some of the latest dinosaurs from the Schleich Dinosaur range. We’ve been fortunate to review some of the range before, including Schleich’s The First Dinosaurs range and the Schleich Large Skull Trap with velociraptor.

Schleich Dinosaurs offer new dinosaur figurines for 2018. This year, fans of these prehistoric giants can enjoy even more dinosaurs in new poses and new designs – for example, an additional model of the terrifying top-seller, T-Rex. 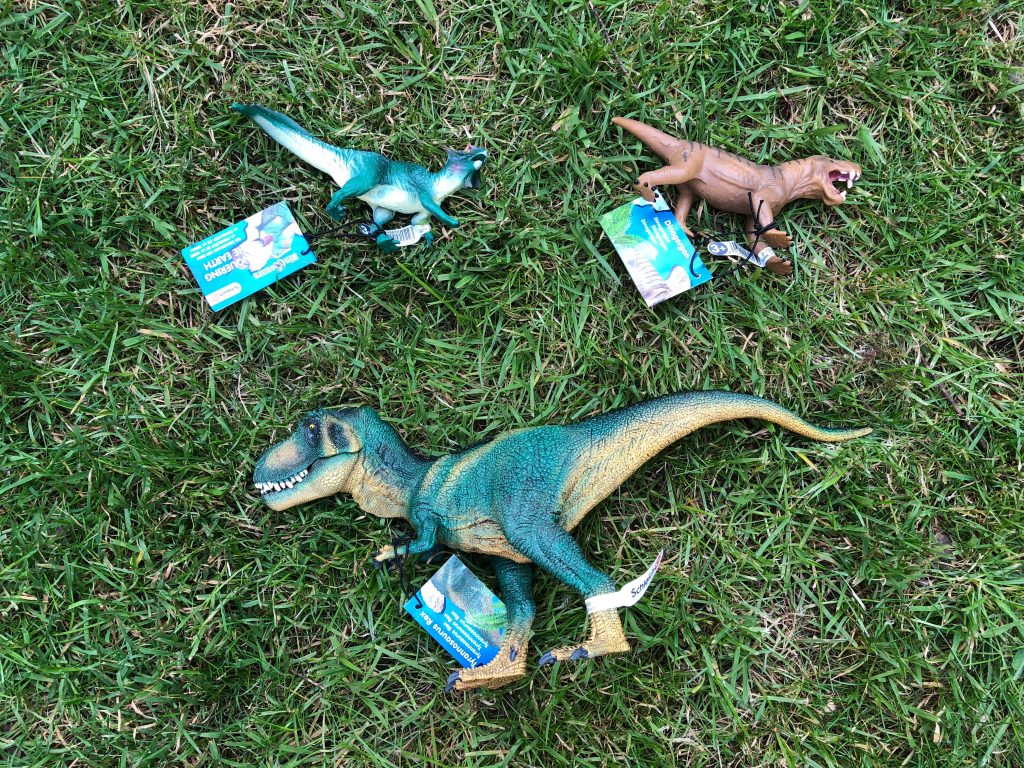 I’ve always loves Schleich toys. They produce a huge range of figures. Did you know that all of the Schleich figurines are designed with great attention to detail and painted by hand? I think that this really sets them apart from other figurines. The Dinosaurs world of experiences enables children to explore the fascination of the prehistoric era and its creatures through play while learning something at the same time. Each dinosaur figure comes with a small booklet which gives you more information about each one. You can also find this information on their website. 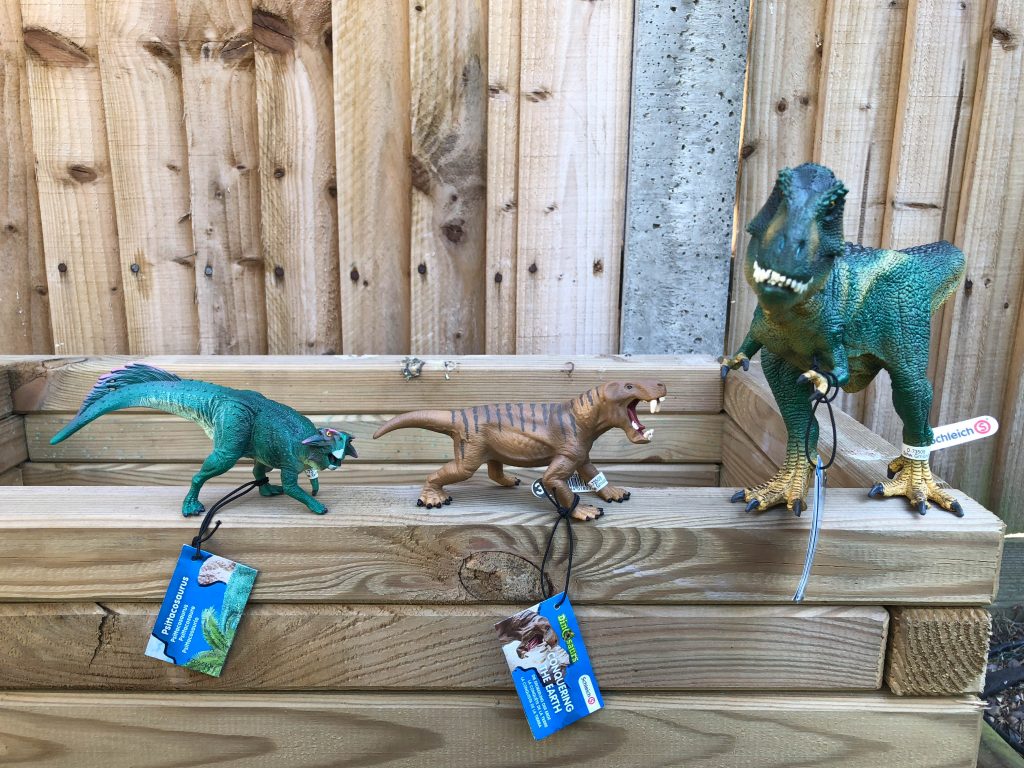 We received three of the new figures:

Psittacosaurus: The Psittacosaurus was a small, lightweight dinosaur that lived over 100 million years ago. Its toothless beak resembled that of a parrot. The carnivore used this beak to crack fruits and seeds. Its tail was equipped with about as many long and thin spines as a porcupine.

Dinogorgon: The Dinogorgon lived over 250 million years ago where South Africa and Tanzania now lie. The little carnivore had a very powerful jaw and a small but thick and massive skull 30-40 cm in length. 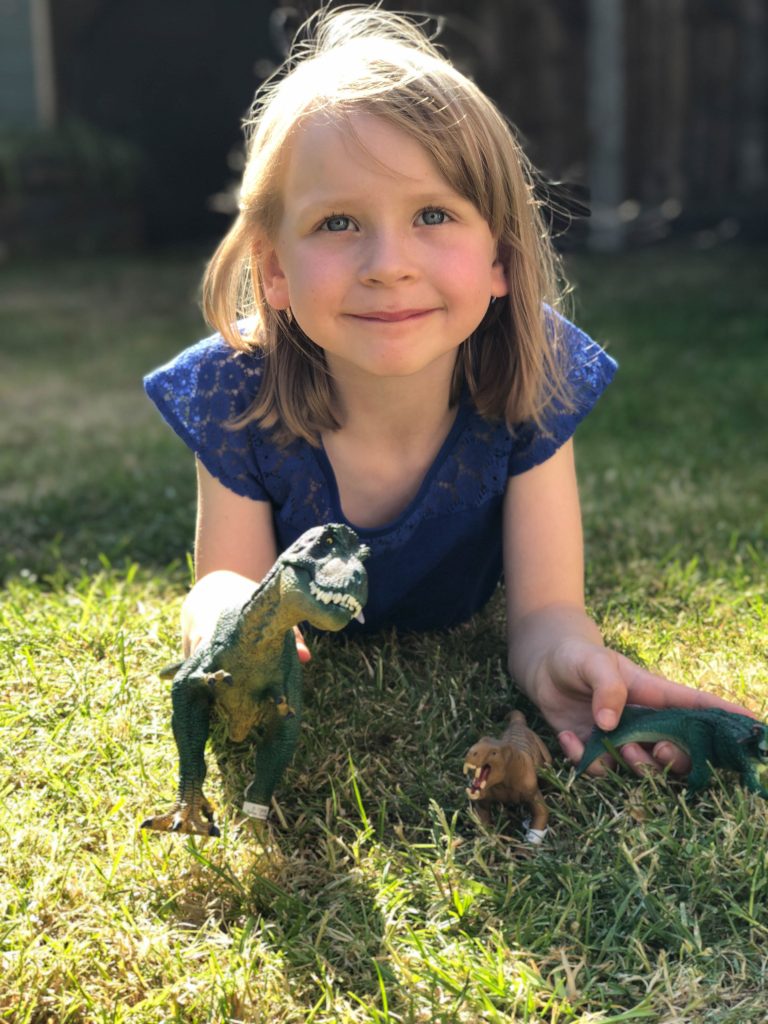 Our favourite was the T-Rex with its moveable jaw but we loved learning about the Dinogorgon and the Psittacosaurus.

The Schleich dinosaurs are priced between £7.99-£15.99 and perfect for ages 3 and over. You can see the full collection at www.schleich-s.co.uk

Dinosaurs at the Natural History Museum