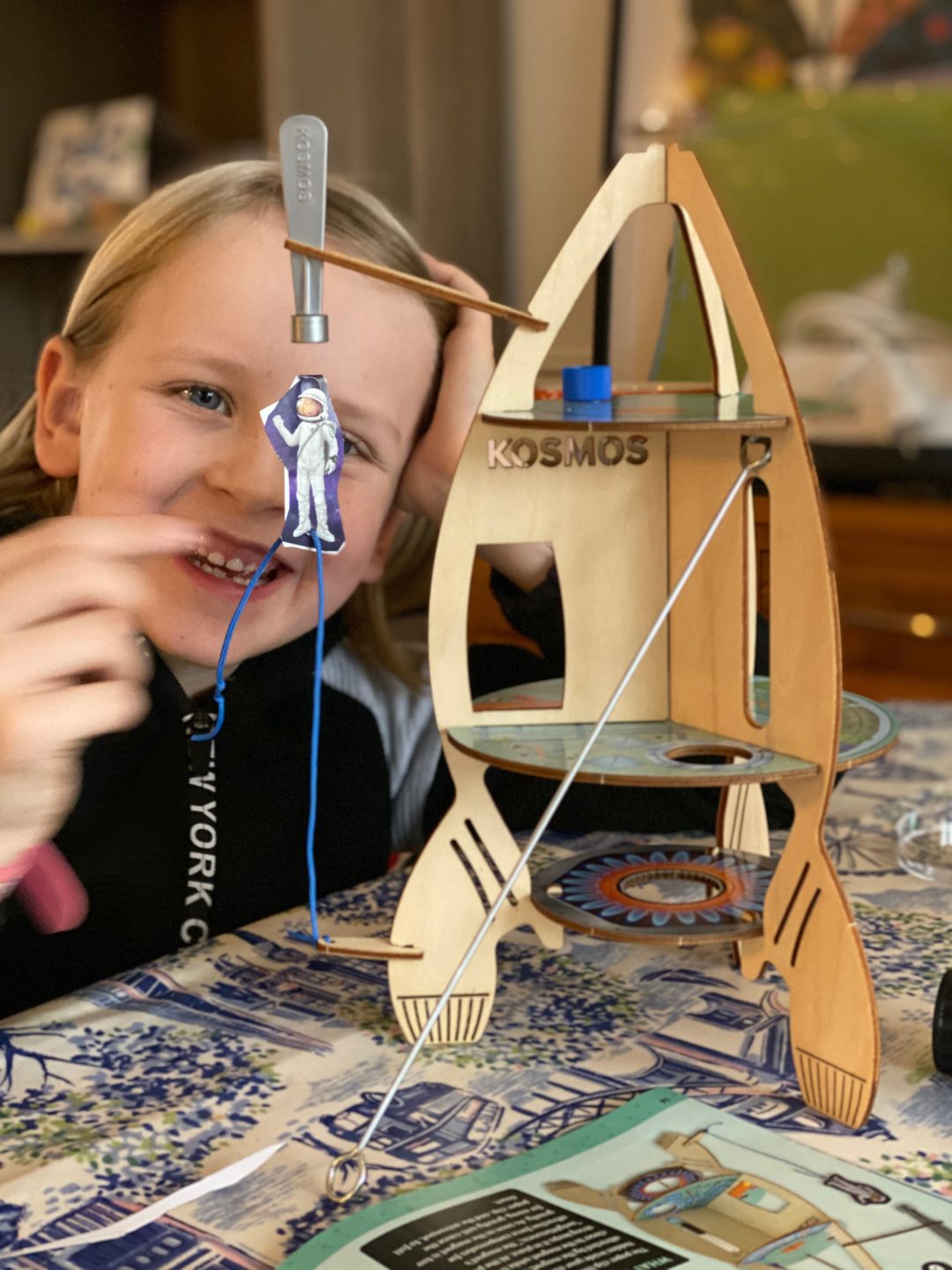 Half term has gone by in a bit of a blur for us. We have been quite busy visiting family and friends. Both the children seem to miss the routine that school brings, especially Little Sis who needs to keep her brain active during the holidays. Fortunately we were gifted a fun STEM kit from Thames & Kosmos featuring their creative young heroine, Pepper Mint, which kept her mind busy.

She couldn’t wait to open up the kit. Pepper Mint: The Magnificent Mars Expedition which sees Pepper head off to space on a mission to the Red Planet for out-of-this-world scientific discoveries. As you read through the booklet you can follow Pepper’s story, embarking on your own scientific journey. 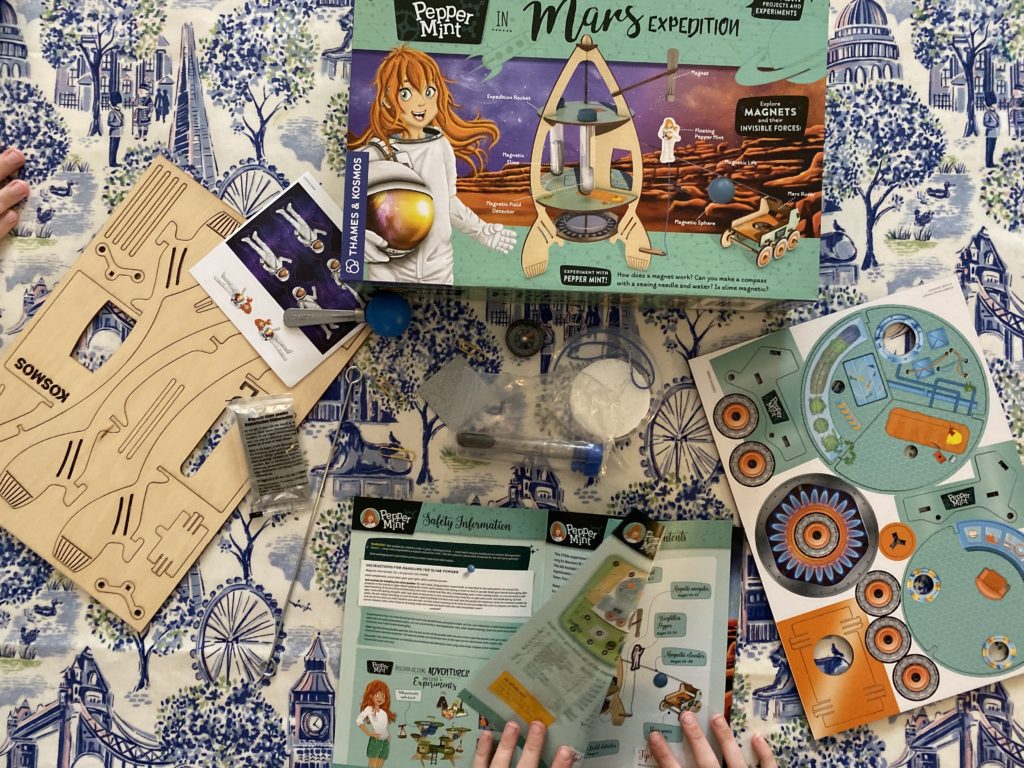 First Little Sis made the model of Pepper’s rocket ship experiment-and-play station. She needed a little help from her brother but it didn’t take long to put together. 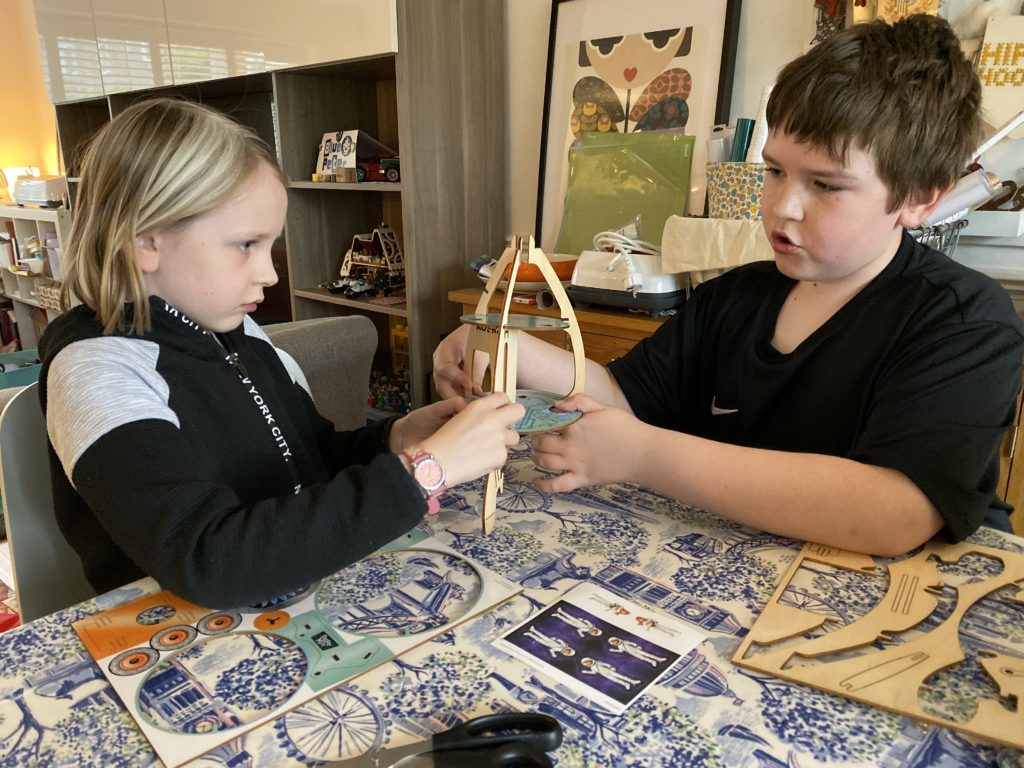 She also built the Mars rover and was then able to conduct the experiments. There was everything needed for 7 experiments, from floating astronauts to magnetic slime.

The seven cool and wacky magnetism-based experiments included how to discover invisible magnetic fields with iron filings; how to help Pepper hover in the air using magnetic forces; how to control the Mars rover with a bar magnet, and more. Little Sis loved making magnetic slime and watching Pepper hover in the air. It’s a really fun kit and a great hands on toy to learn more about STEM subjects.

Like all the other kits in the award- winning Pepper Mint line, the rocket ship and Mars rover models can be used with other models from the Pepper Mint series to allow kids to follow their own imagination and invent new storylines. Suitable for ages 8+, encourage your child into STEM with the new Pepper Mint: The Magnificent Mars Expedition (£25) and Pepper Mint: The Daring Escape From Hidden Island (£30), which are available now at Thamesandkosmos.co.uk, Amazon (affiliate link) and all good toy shops.