How to make a Lightning McQueen piñata

The toddler turned 3 a couple of week ago and for the last couple of months has been a little obsessed with the films Cars and Cars 2. He still loves his Thomas the Tank Engine but I’d say every day he’ll spend a little more time with his collection of Cars. Thanks to Christmas and birthday presents he now has quite a collection of both. A bit like his Thomas obsession, he also has to wear Cars-themed clothing, eat and drink from Cars plates and cups and has a bedroom covered in posters of cars!

Anyway, for his birthday I wanted to make him something special and thought a Lightning McQueen piñata would be fun. I’ve since seen them in the shops at a hefty price so was glad I made my own.

How to make a Lightning McQueen piñata

I looked through our recycling bin and grabbed a couple of small cereal boxes and a cardboard tube and also purchased some red tissue paper from the local craft shop. The only other equipment I needed was sticky tape, scissors, string and a marker pen. 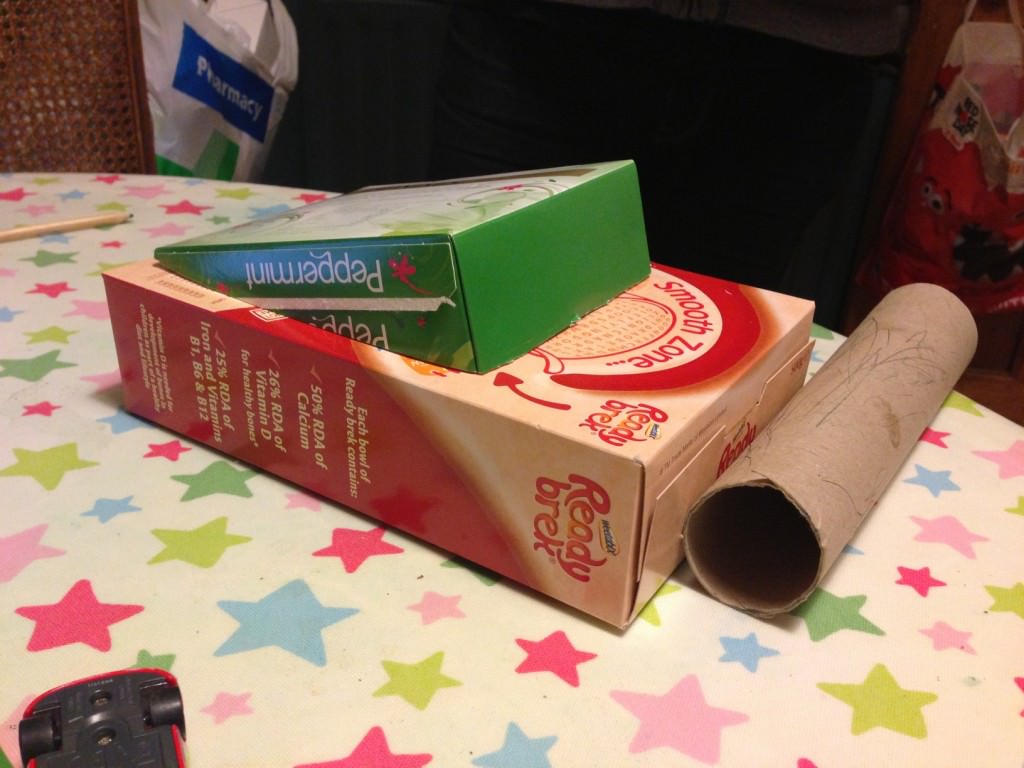 I cut the smaller box to size and taped it on at an angle. I then added the cardboard tube to the front and taped a piece of card at the back for a spoiler. I made four cardboard circles for wheels and taped them in place. I then covered the whole shape in more tape to ensure no pieces would come off.

At this point I cut a medium sized hole in the underneath of the car shape, filled it with sweets, and tied a long piece of string to each flap to ensure the sweets would fall out! 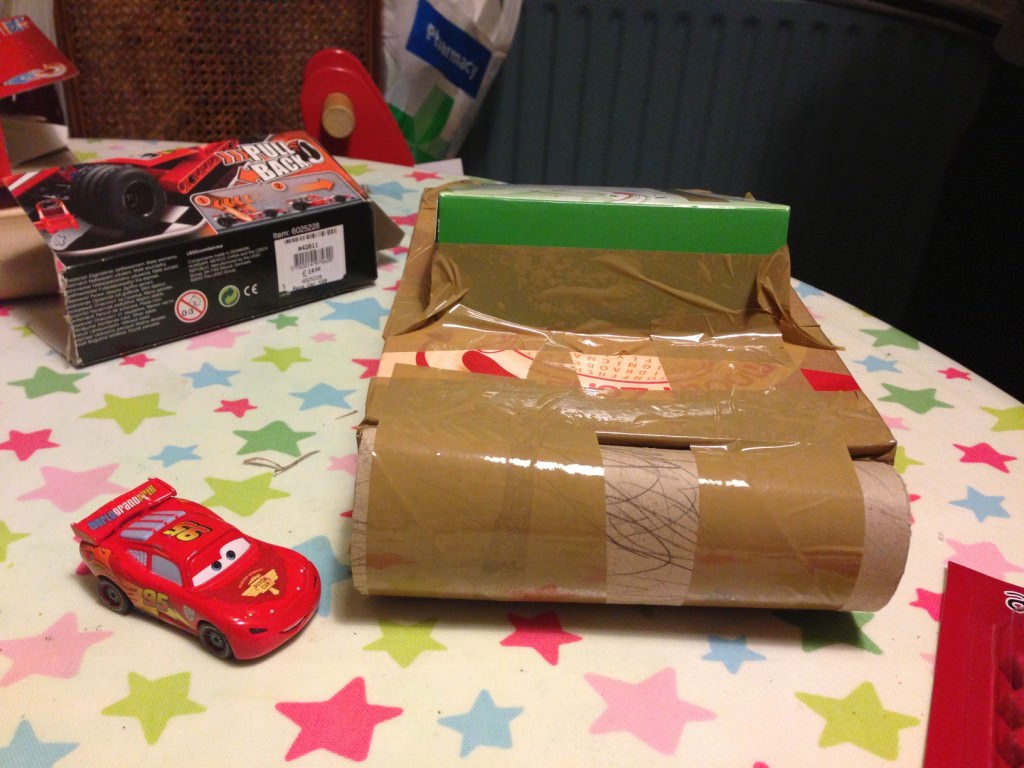 Excuse the rubbish photographs but it came together so quickly it was hard to remember to photograph! The last stage was to cover the car in red paper, I frilled the front and back and drew on windows, headlights and all the other features I knew my son would be looking for. 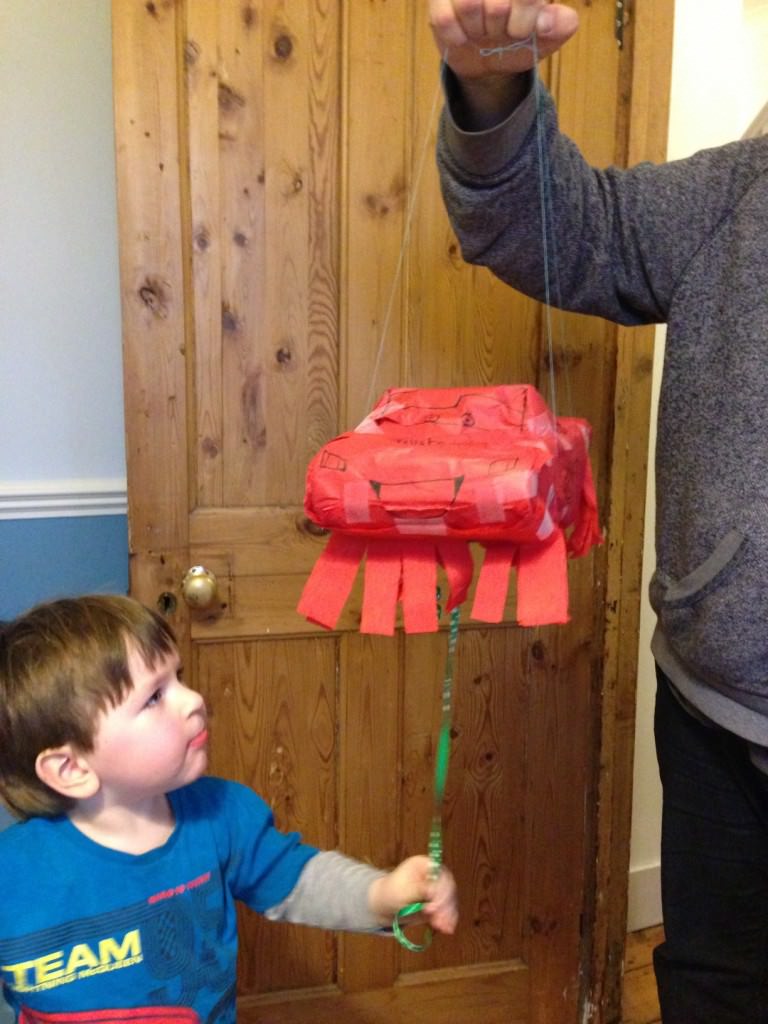 He was a bit unsure when he saw it but had fun pulling the string and releasing the sweets.

A great craft to help celebrate Cinco de Mayo on the 5th May, a very colourful carnival which is marked in Mexico with singing, dancing, fireworks and fantastic food.