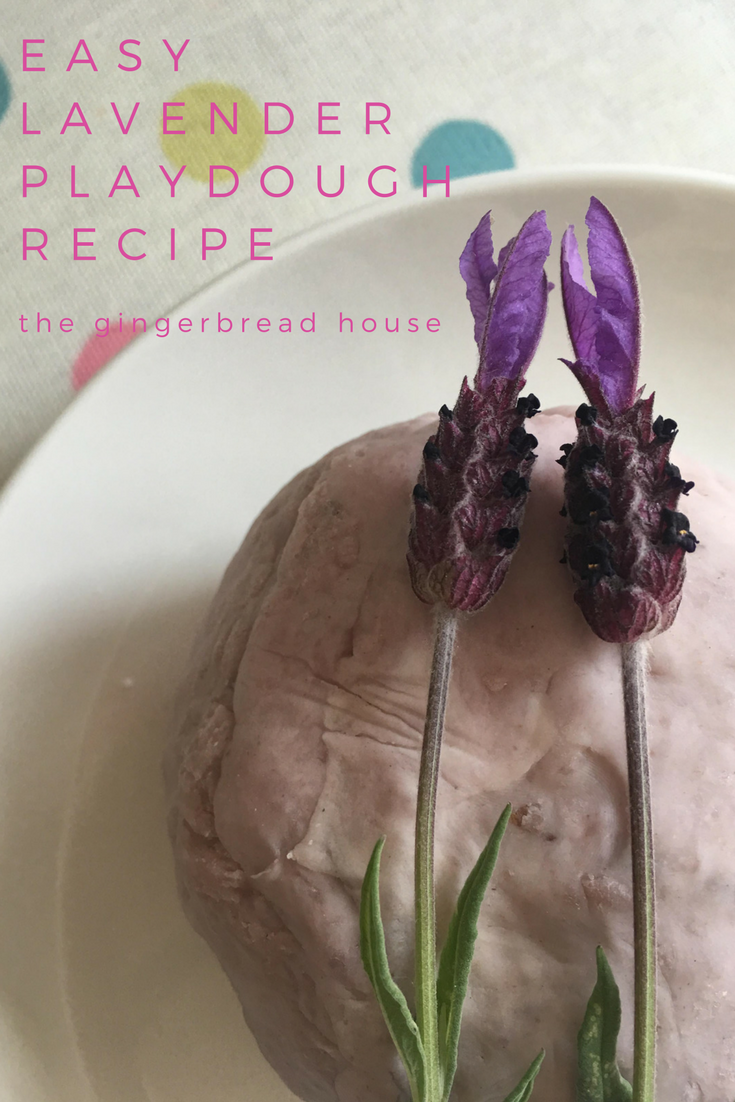 It’s been a while since I made any play dough for my children. The lighter evening have meant they have found it difficult to wind down at bedtime. I thought a batch of homemade lavender play dough was just the thing for a lovely sensory experience. Lavender has some great properties and is well known for aiding sleep. 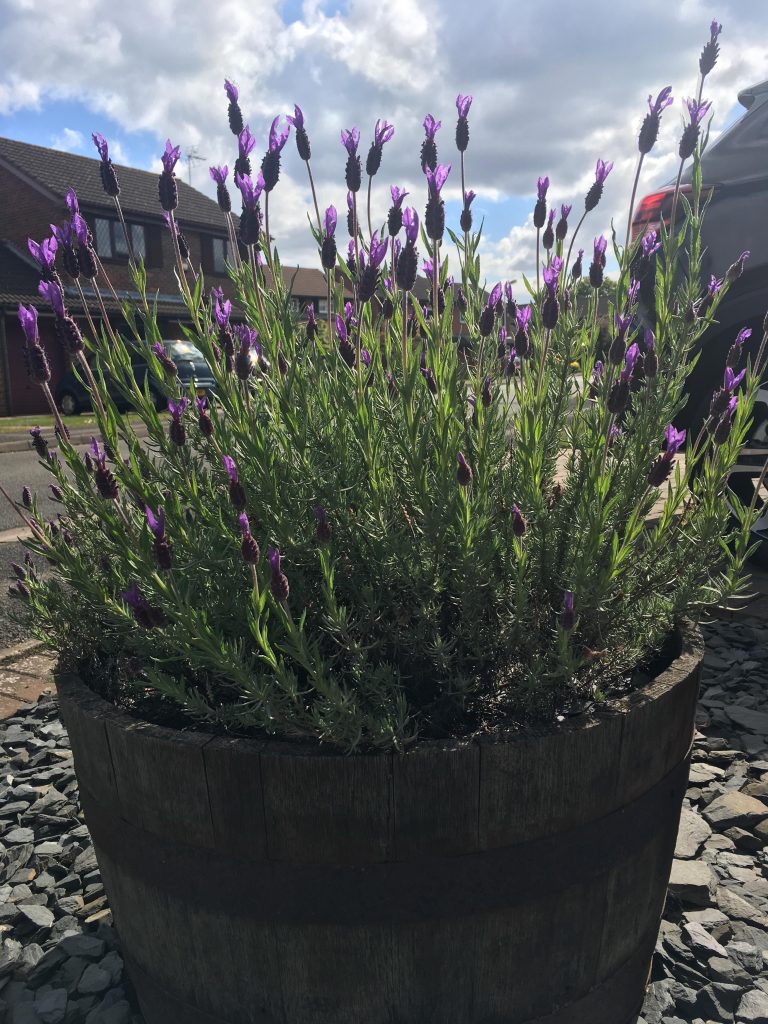 I like to make my own play dough. It’s quick and cheap and I like to know exactly what my children are touching. I’ve used this recipe a few times now:

I put all the ingredients into a saucepan and gently heated the contents until it started to look like play dough, stirring constantly. I removed it from the heat and let it cool down before lightly kneading it and adding a few drops of lavender oil, 1 teaspoon of dried lavender as well as a few drops of purple food colouring. 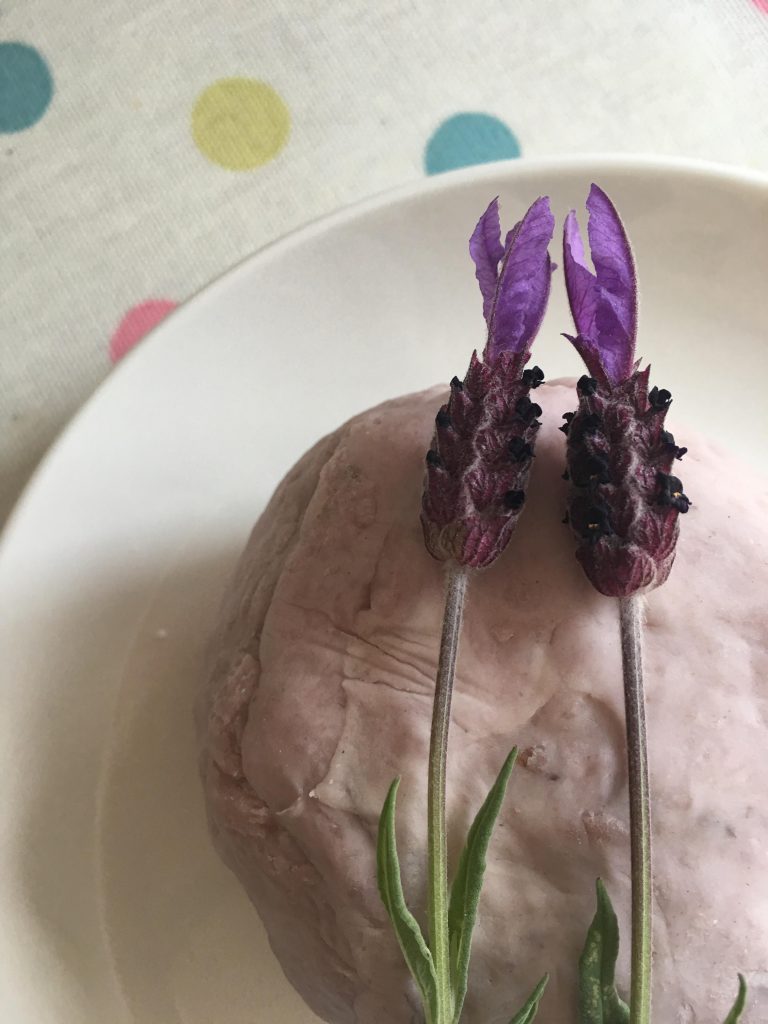 My 5 year old was at home so I gave her the lavender play dough, along with a rolling pin, some wooden tools and cutters. She loves play dough and she had fun making her own creations. She decided to make a picture of me which she then insisted on flattening with her rolling pin! I’m not sure what that thing  on my head is either! 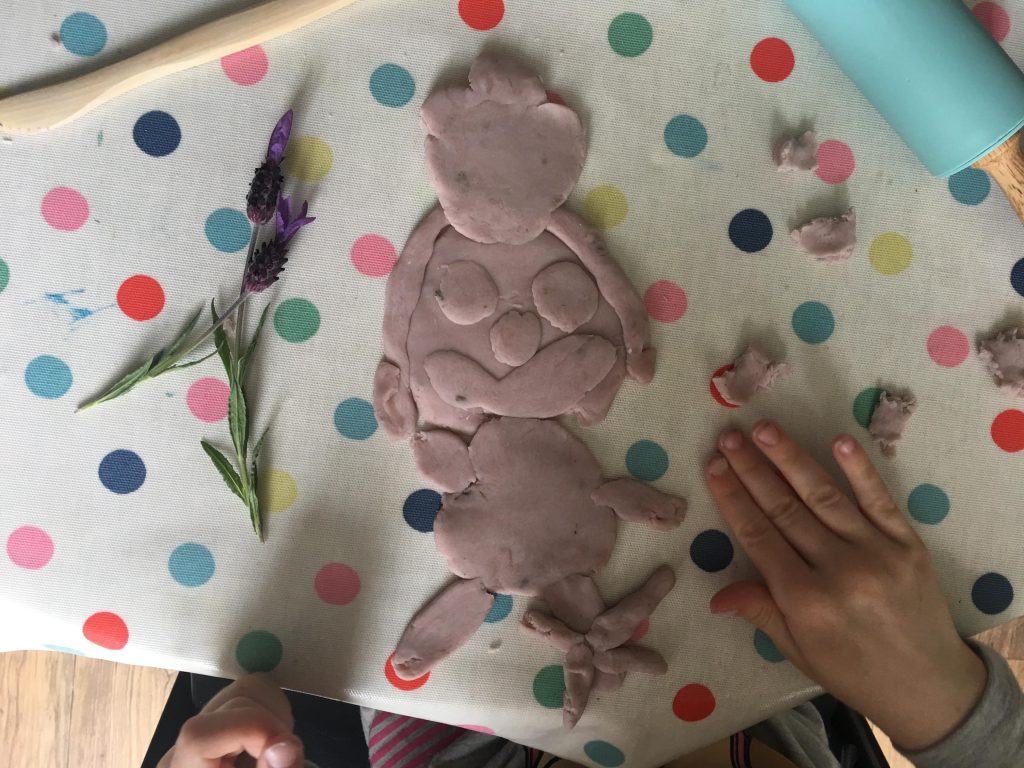 She had lots of fun making her own creations and the lavender play dough smelled really good.

You can store the homemade play dough in an airtight container for a good few weeks so I can’t to get it out again and let my son use it too.