Christmas Elf on the Shelf 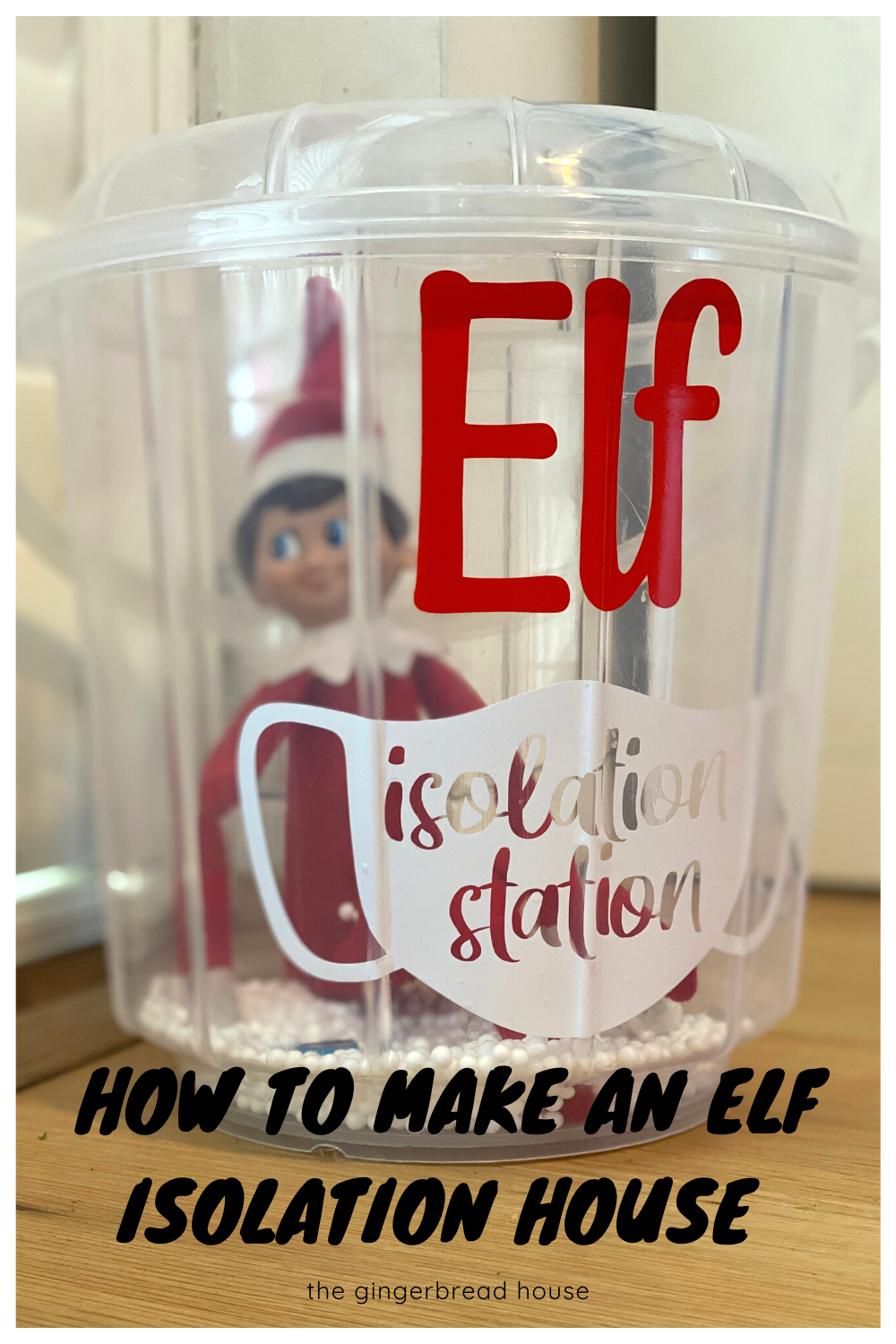 Do you have an Elf that visits on December 1st? We have two and I love coming up with ideas for them to get up to fun and mischief around the house. This year our house elves will be coming early so that they can quarantine in their very own Elf Isolation House. I toyed with the idea of them being in quarantine from December 1st but we want to have some fun with them, so they will be arriving early, all ready for adventures during December. 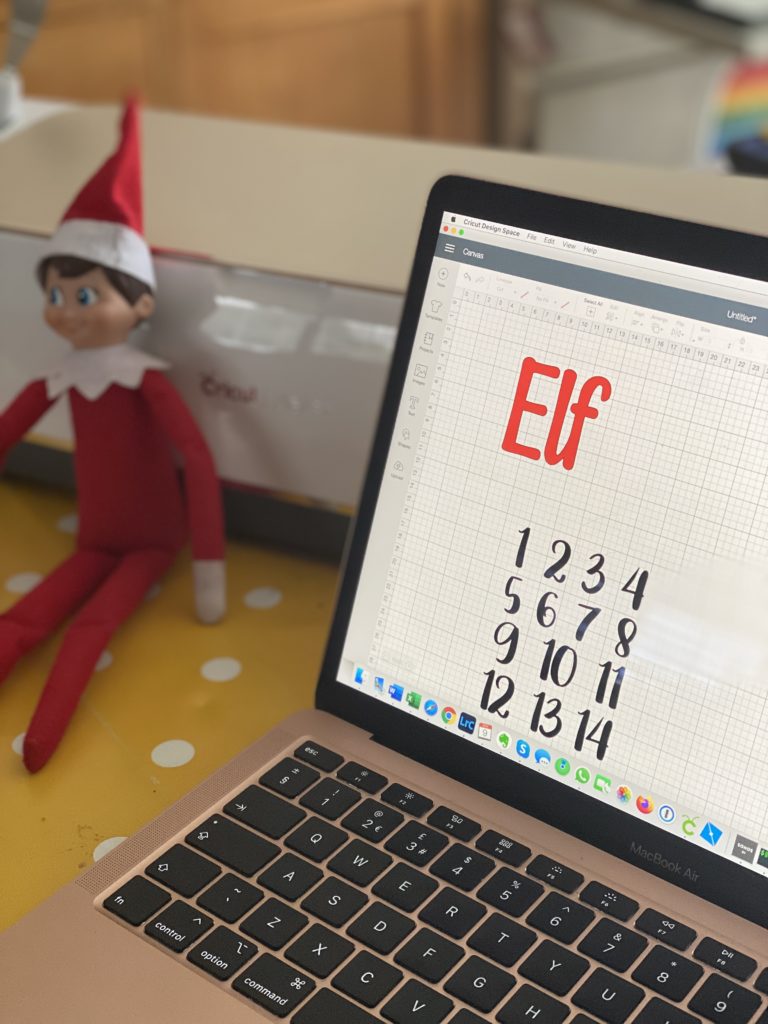 When they were cut on the Cricut Maker I carefully weeded each piece of vinyl. 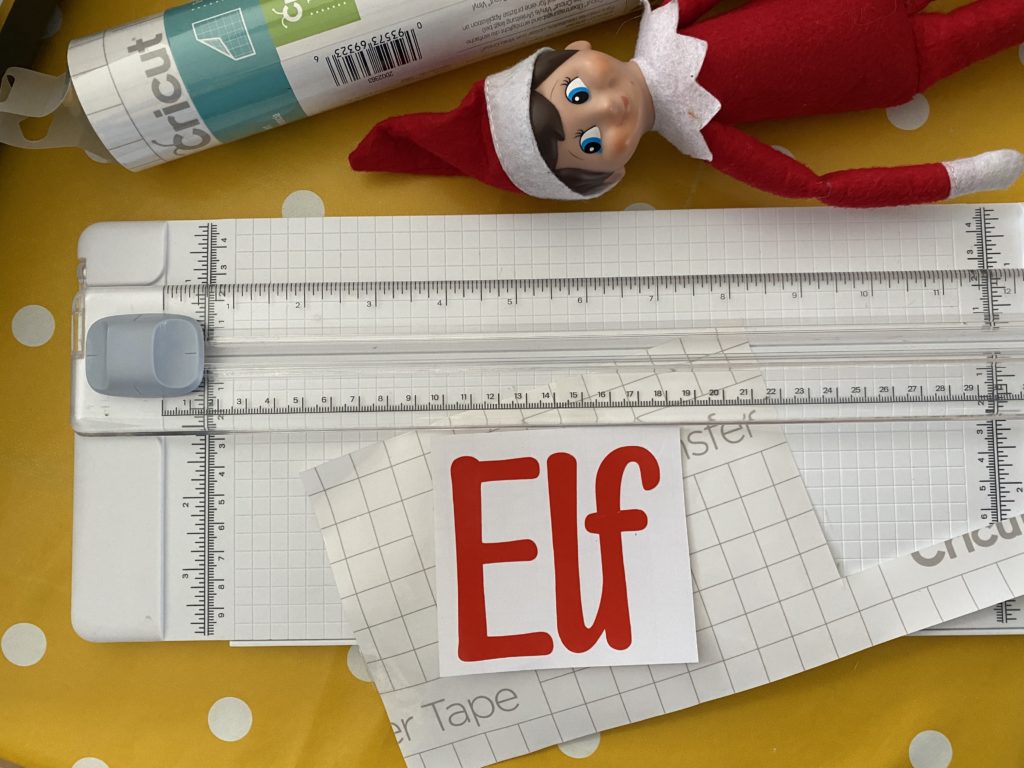 Then placed transfer tape over each one and trimmed them to size. 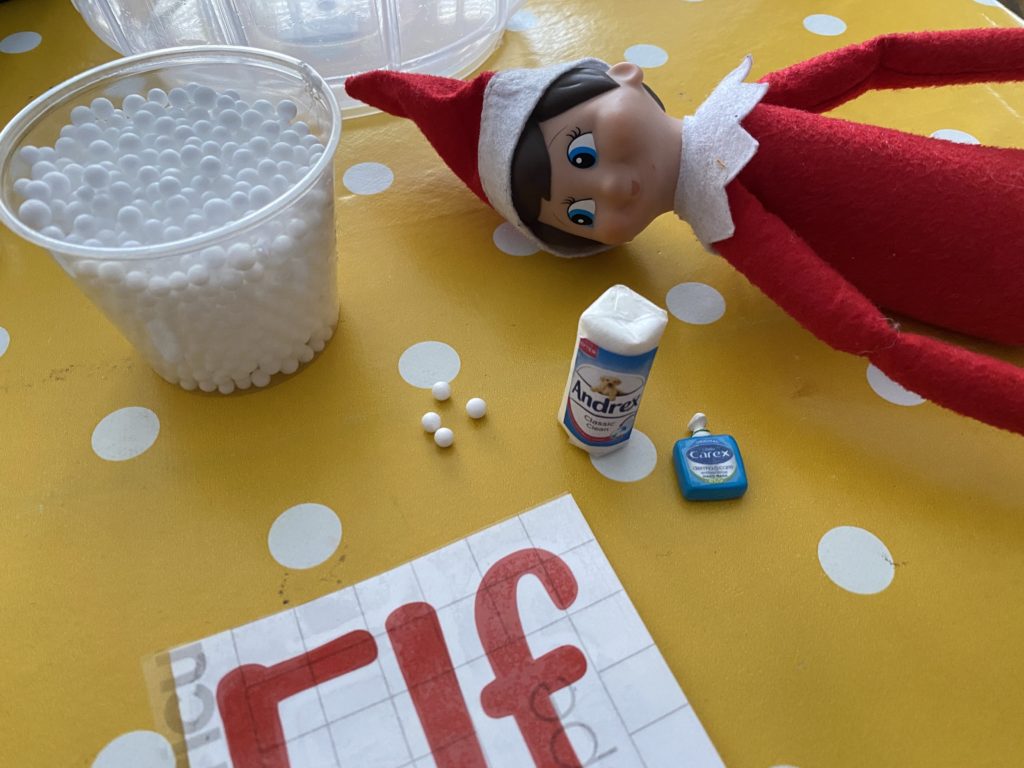 Then I was ready to apply the vinyl to my container. I used a hair drier to gently heat the vinyl because the surface was curved, this helped it go on easily. I positioned the word Elf at the top of the bucket with the mask beneath it. 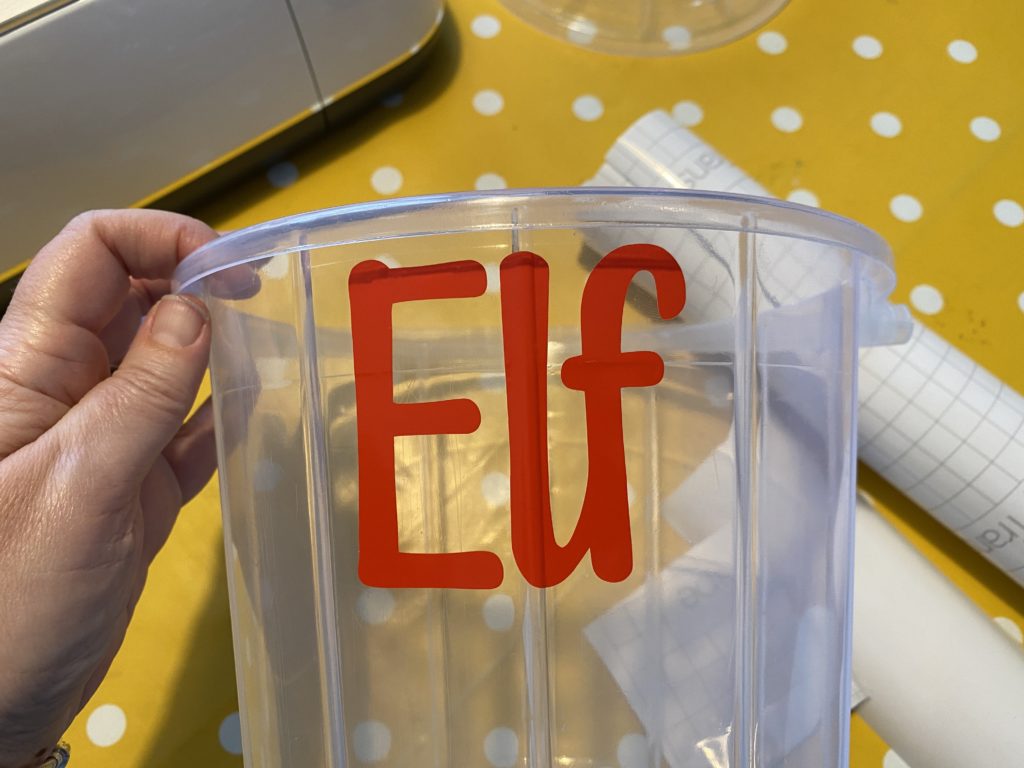 Then I added the countdown at the back of the Elf Isolation House.

With the Elf Isolation House ready, I was able to place my contents inside.

We have two house elves so they were both placed inside with their legs bent. I added a generous helping of polystyrene balls to look like snow. I found a mini pack of toilet rolls and hand sanitiser to include (both from eBay), and printed off a little public information sign. 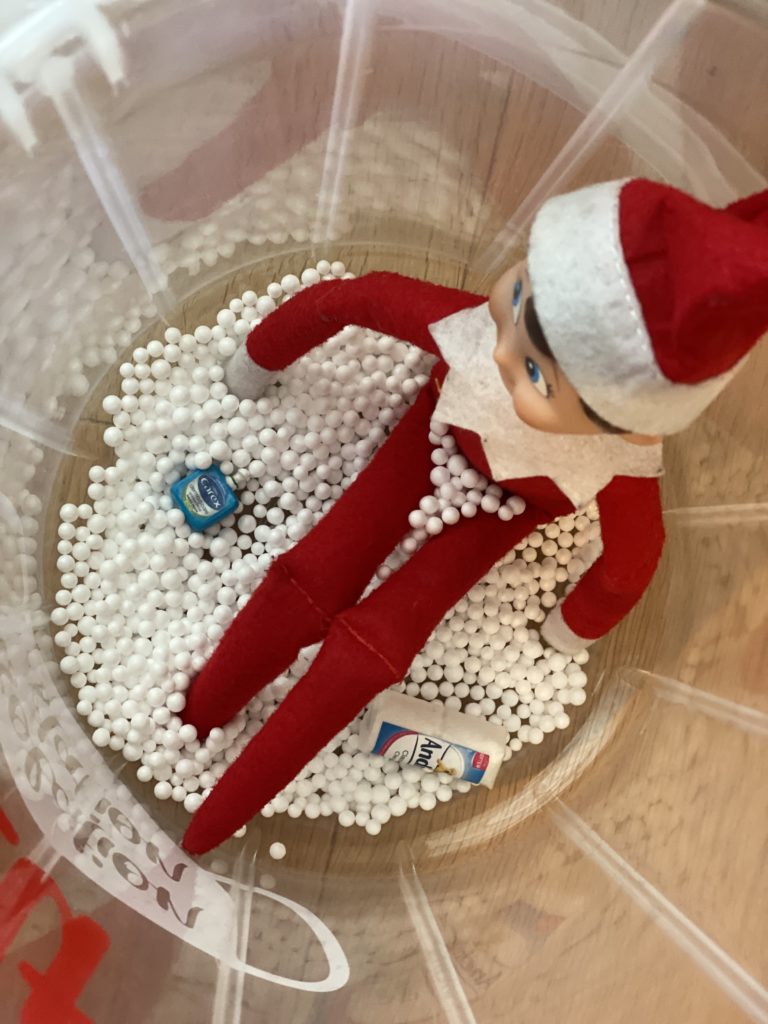 The idea is that the elves can safely quarantine in their bespoke Elf Isolation House for 14 days, crossing off each day until they are allowed out into our house! 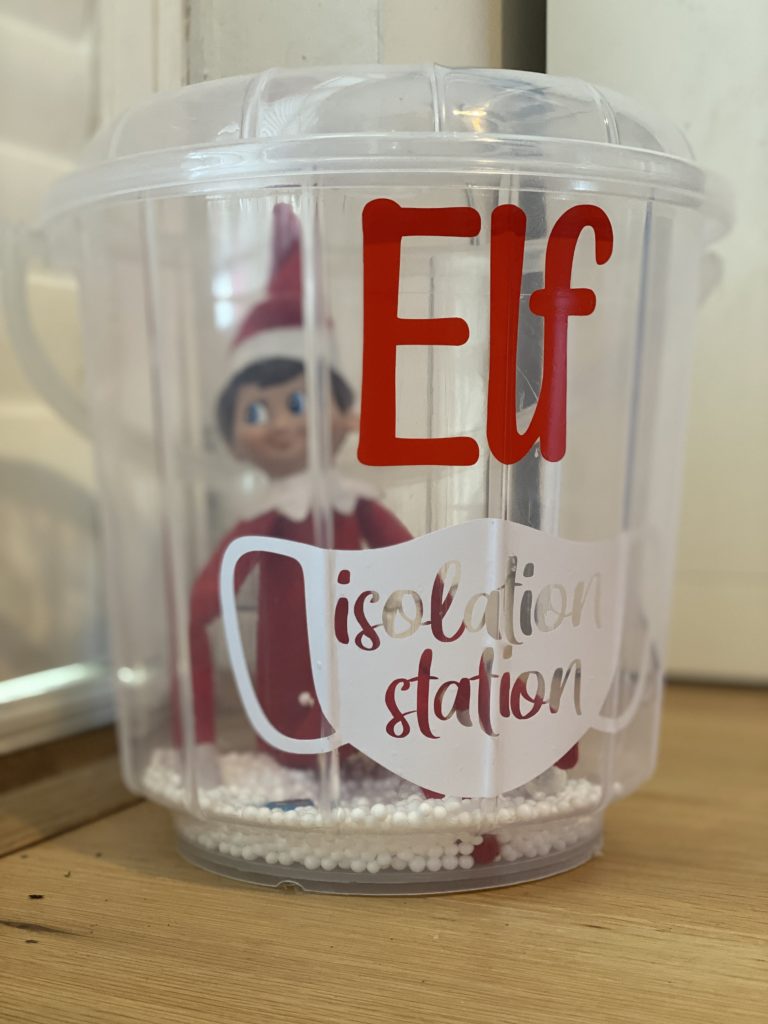 I’m hoping the children will love our Elf Isolation House and it will make Christmas 2020 one to remember!

You may be interested in our other Elf on the Shelf posts.

Elf on the Shelf
3 Comments
By jenny