How to make a minibeast costume 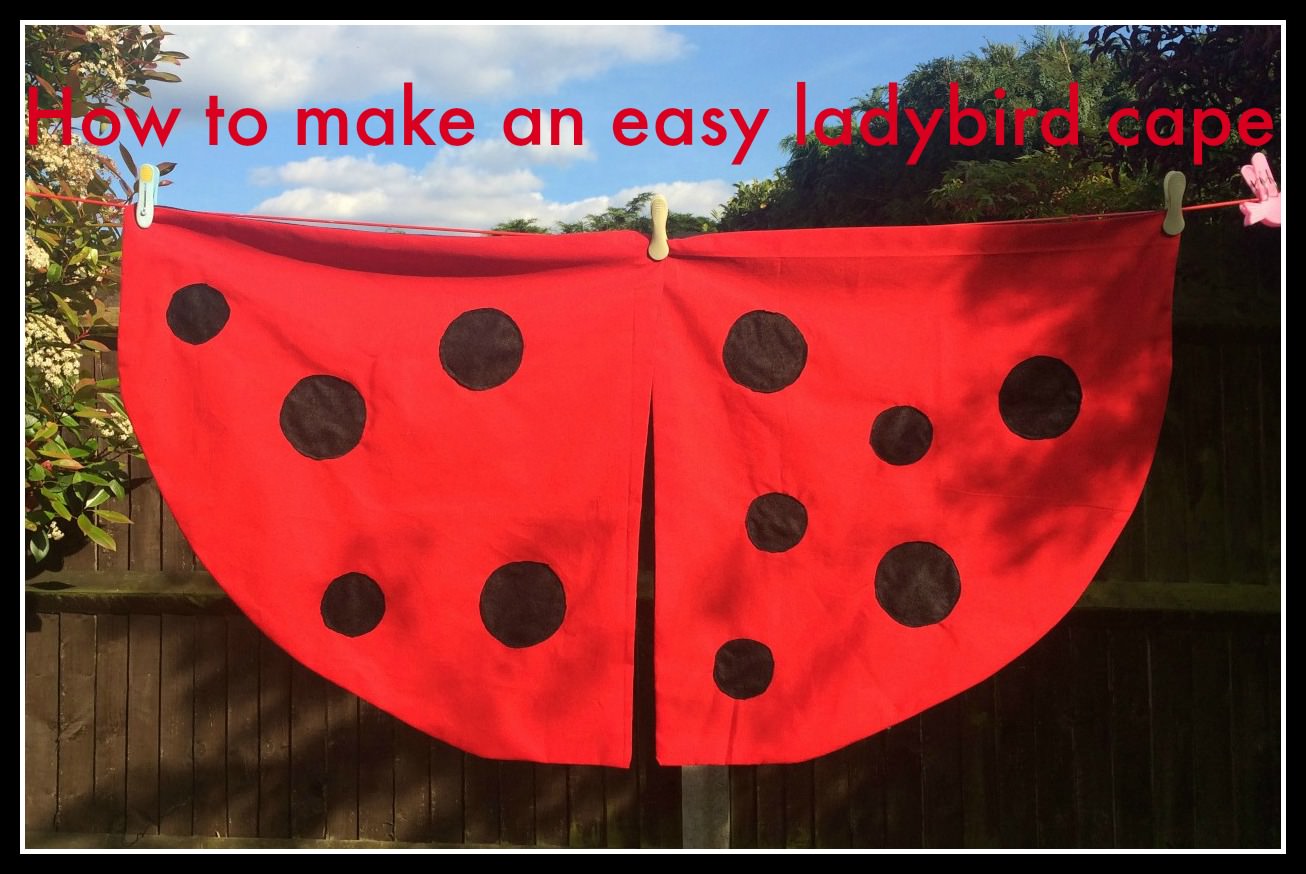 A couple of weeks ago I read those words that strike fear into a parents heart. My 4 year old was taking part in a Minibeast concert at nursery and needed to dress up as a minibeast. I pride myself on being an organised parent but I only found out about the dress up a week before the event!

When I asked my son what he wanted to wear he said a worm, a snail and also a butterfly. We had a chat and compromised on a ladybird cape that could be worn with black trousers and a black long-sleeved tshirt. How to make a minibeast costume

1. Measure your child’s wingspan from their wrist, across the nape of the neck and to the other wrist. Divide this measurement in two to get the width of each wing.

2. Place the right sides of the red and black cotton together, measure, pin and cut out each wing. My 4 year olds wingspan was 115cm so each wing ended up as 60cm, which included a small seam allowance. Pin a curve and cut away the excess fabric. 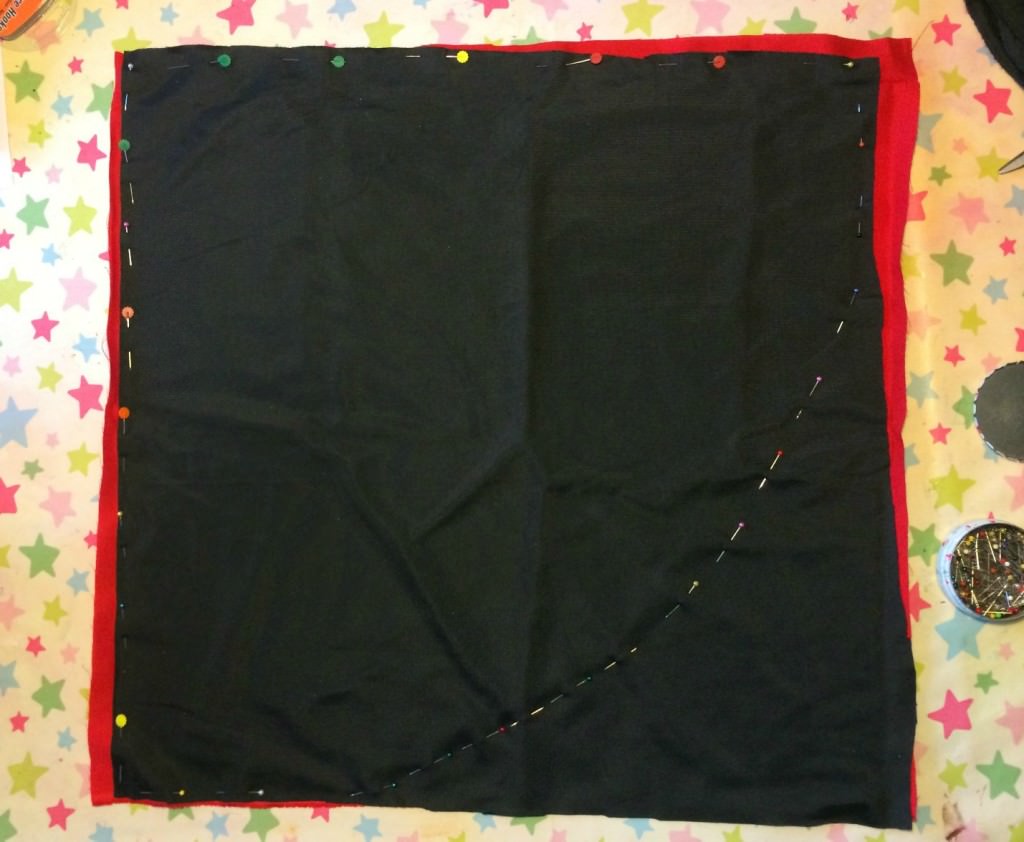 3. Machine the two pieces of fabric, don’t forget to leave a small gap to turn the fabric the right way. Hand stitch the gap and iron both wings. 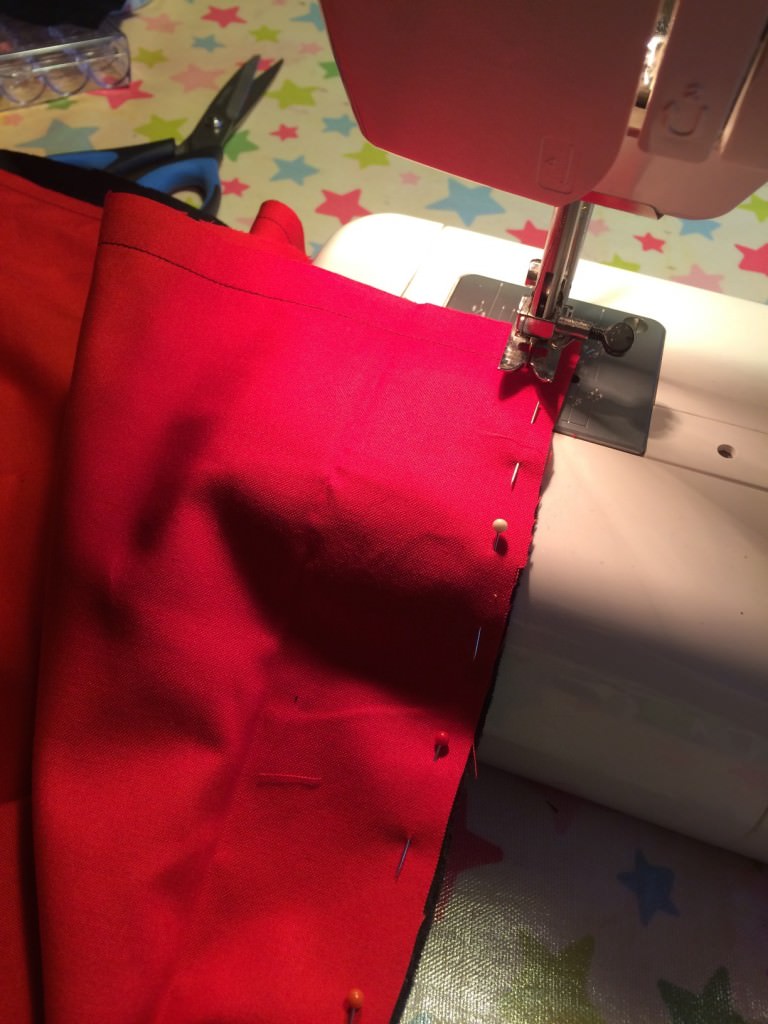 4. From the remaining black fabric cut a number of circles for the ladybirds spots. Pin them where you want them and machine in place. This has the added bonus of securing the layers of fabric. 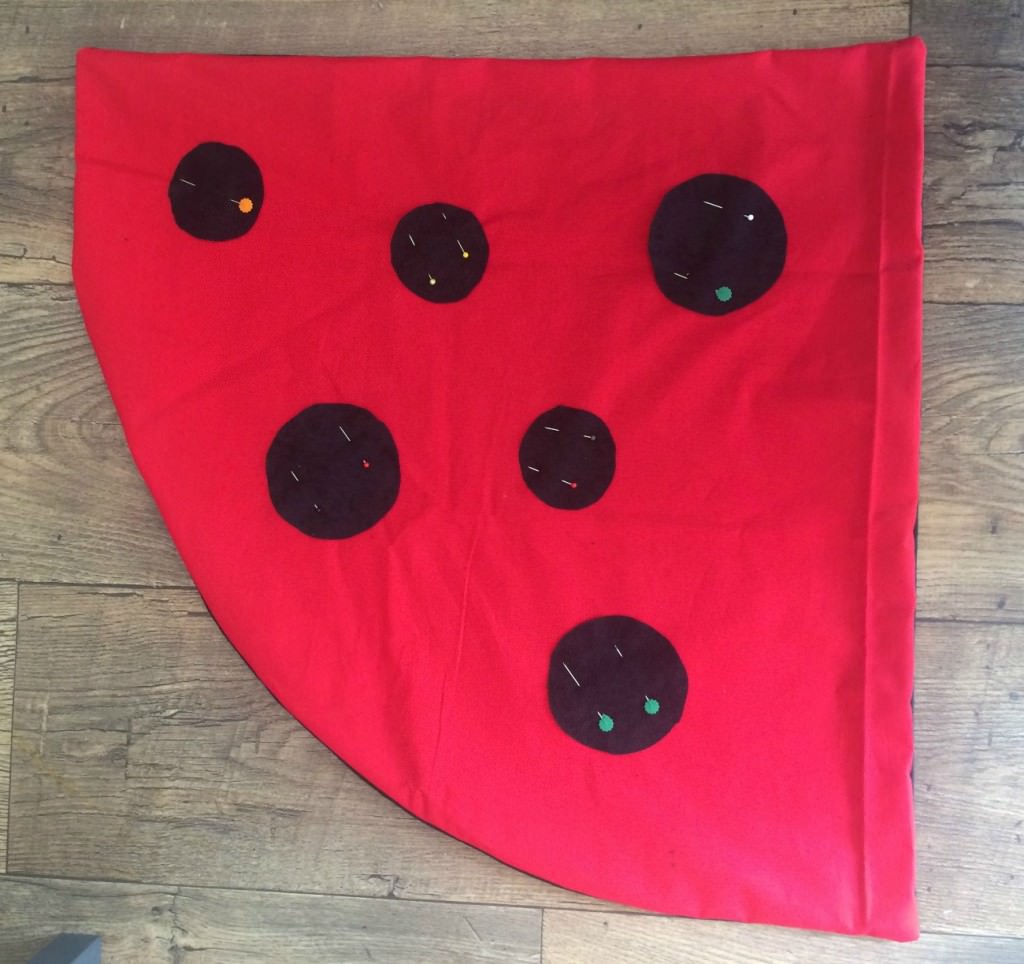 5. Sew the two wings to a long-sleeved black tshirt. I put a couple of long stitches through the wings and the tshirt to secure it but you could use velcro or snap fasteners. 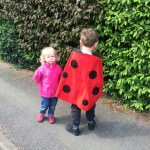 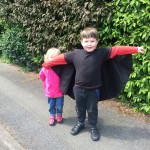 As you can see my 4 year old was very happy with his ladybird cape. The fabric was light so he was able to flap his arms around and pretend to fly around with all his minibeast friends.