Exploring the Warner Bros. Studio Tour London {with a 7 and 9 year old} 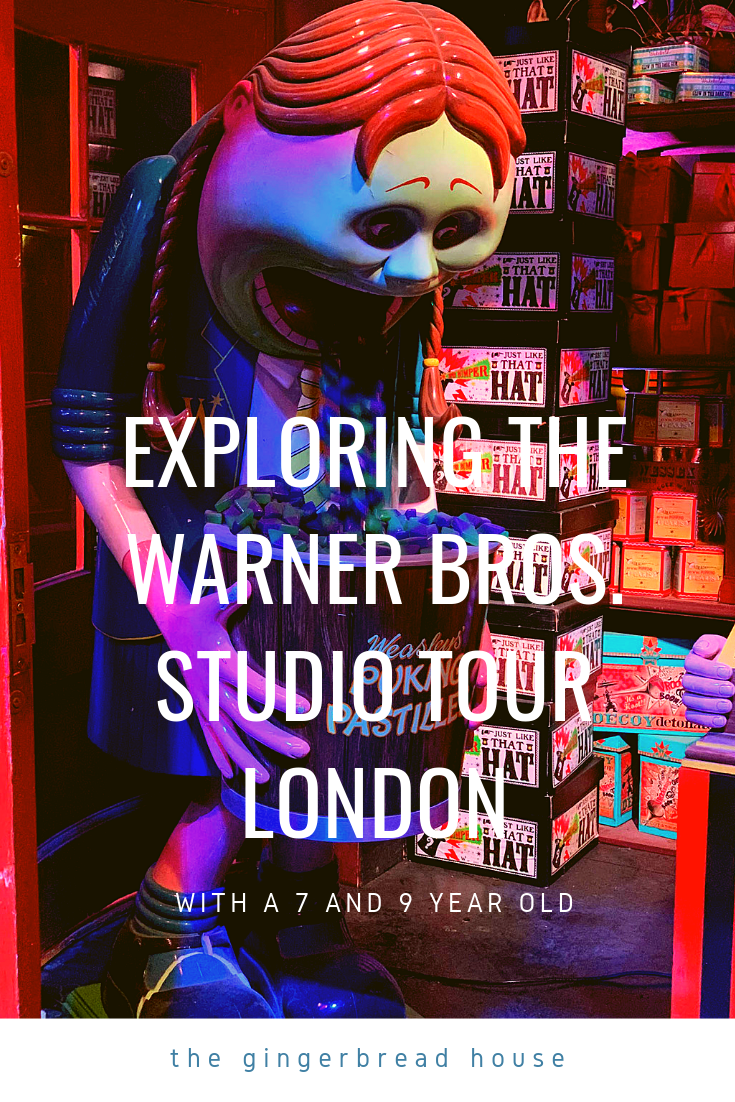 A few weeks ago we finally got to visit the Warner Bros. Studio Tour London, aka the Harry Potter Studio Tour. I can’t tell you how long I’ve wanted to visit and I didn’t realise you had to book so far in advance. I’ve read all the books, watched the films, and tried to introduce my children to the magical world of Harry Potter too. They’ve watched most of the films so we thought we would book a family ticket and visit the studio tour together.

We only live 20 minutes away from the Studio so made sure to book tickets for the early morning. None of us like busy attractions so wanted to enjoy it before it became too hectic. We arrived 20 minutes early to pass through security and the kids were excited to see some of the giant chess pieces outside the studios.

We had a timed ticket so collected audio guides and activity passports for the kids to do, and made our way to the start of the tour. Even at 10am there was quite a queue building up but we joined the back and it didn’t take too long. The early part of the tour was guided so we were ushered into a room where we listened to some of the actors tell us about the tour. Then we went through to a small screening room where we watched a short introductory film. After that the screen rolled back to reveal the doors of the Great Hall at Hogwarts! Any child with a birthday was invited to open the door and we were led into the Hall. Our guide gave us a short talk before we could wander around the rest of the Studios on our own. 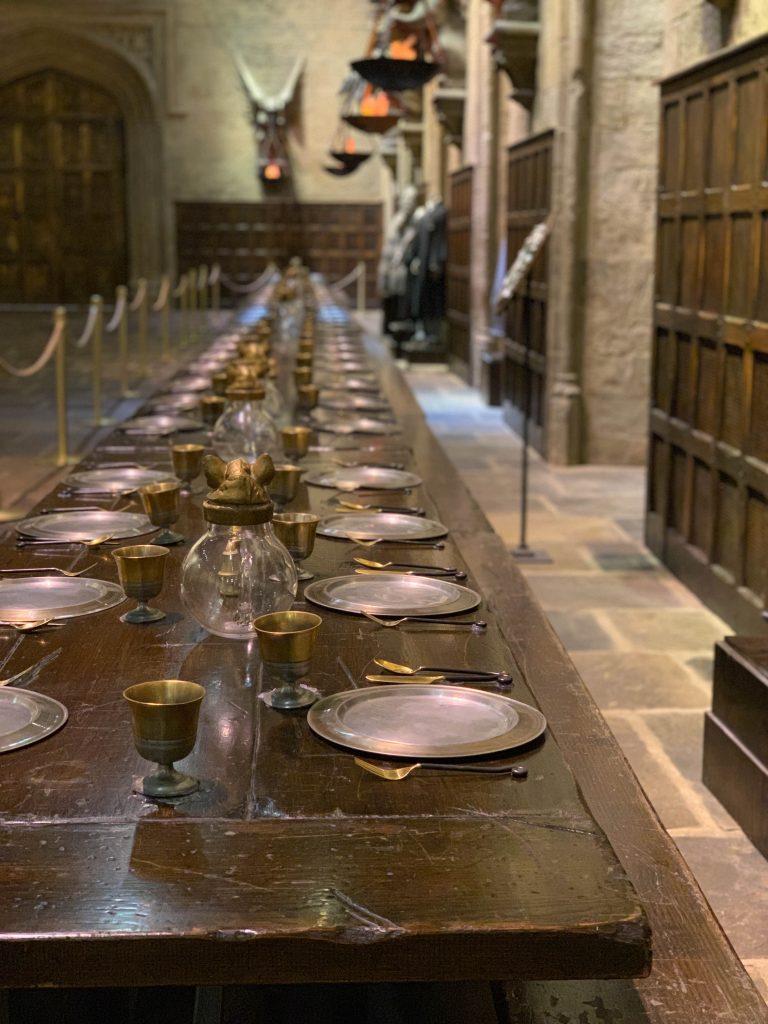 Exploring the Warner Bros. Studio Tour London with a 7 and 9 year old

We spent around 4 hours on our visit and didn’t see everything. I could have spent longer but there were bits the children loved and bits they weren’t interested in. I loved looking at all the costumes, especially the ones from Fantastic Beasts: The Crimes of Grindelwald. 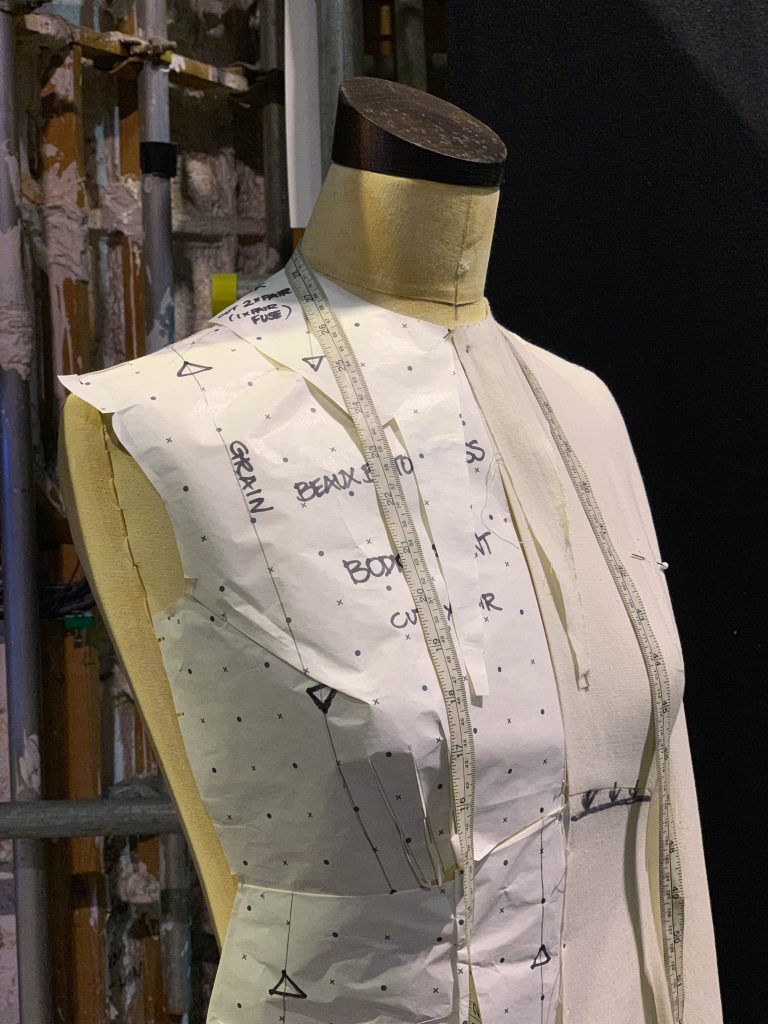 The Studio Tour was a real mixture of sets from the different films, props and costumes. There were plenty of tour guides placed around the different sets who gave little snippets of information so I soon discarded my audio guide. To be honest I find them pretty impossible to use when I’m out with my kids although my husband and son enjoyed using them. It was great to learn some of the tricks behind our favourite films! 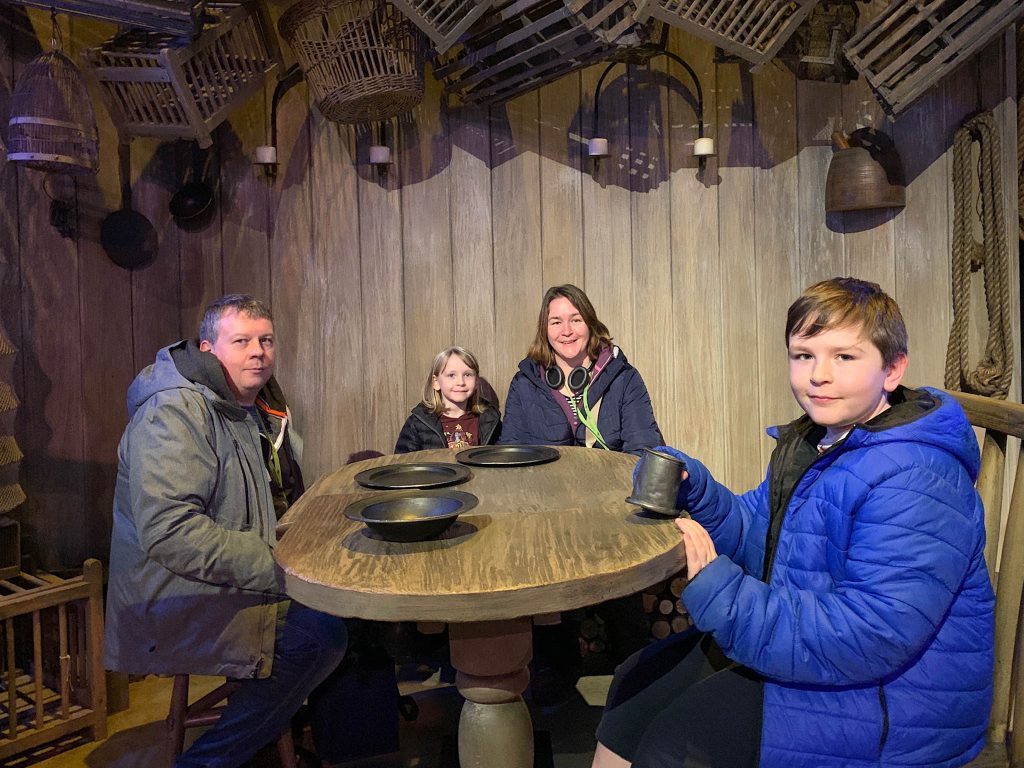 As you would expect there were lots of additional photo opportunities (with a charge) but also plenty of things to see and do which were included in the price of our ticket. The children took part in a wand workshop where they learnt some cool wand tricks. They also got try their hand with a broomstick! 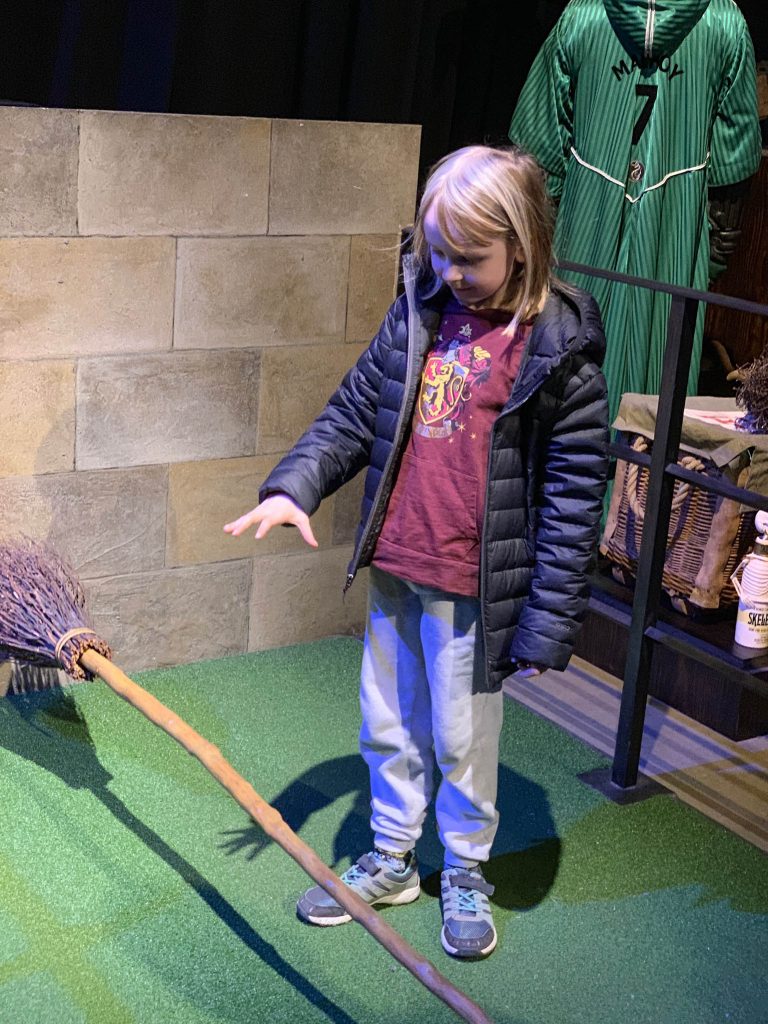 There were so many highlights for me and I took a lot of photos! They are great to look back over as there was so much to see you couldn’t take everything in. We visited back in February so got to enjoy a walk through the Forbidden Forest (which was pretty scary!). They always seem to be adding something new to the Studio Tour which keeps it fresh for new and returning visitors. 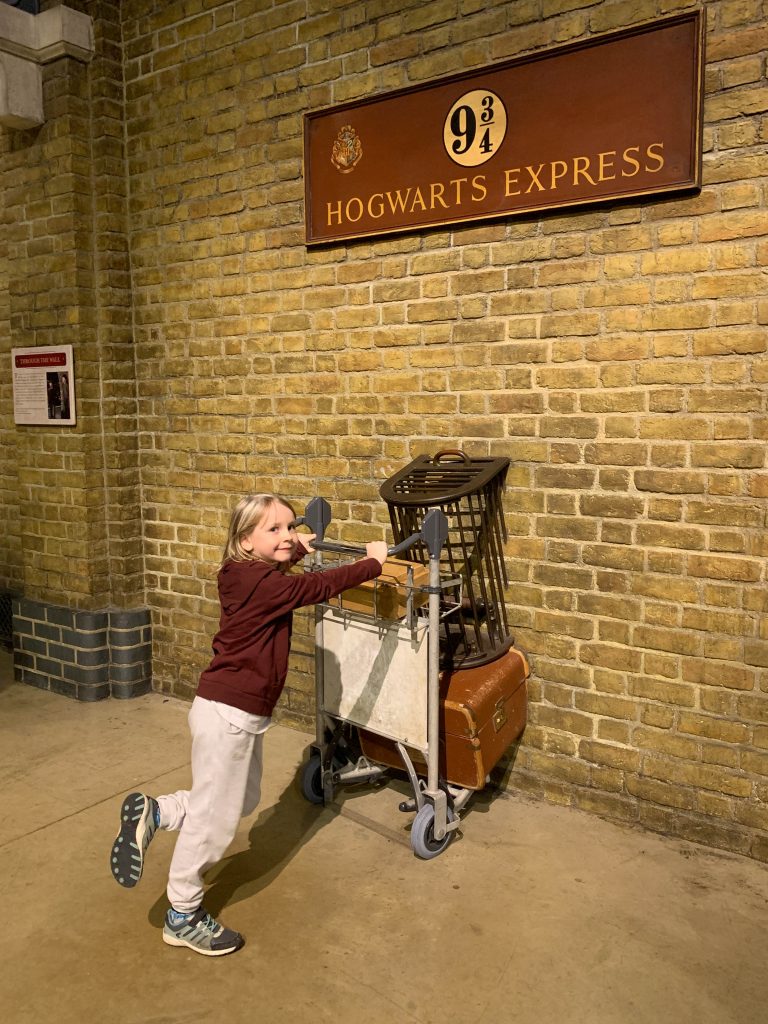 Thankfully at this stage of the Studio Tour we found the restaurant and picnic area. We were more than ready to stop and rest. The cafe was quite small but the food looked good and there was plenty of seating inside and out. We had packed a picnic as we heard the cafe was pretty expensive but we treated ourselves to a couple of delicious Butterbeer ice creams – it just had to be done! 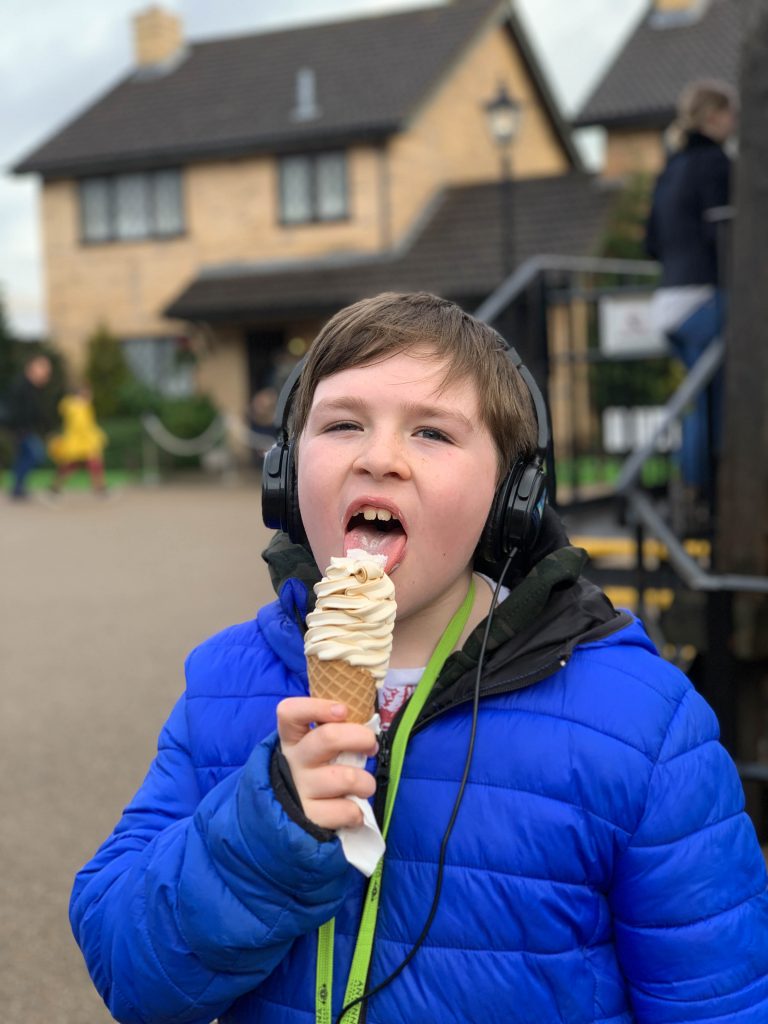 Outside the cafe was my favourite area, the backlot. There was the Knight Bus, 4 Privet Drive, The Potter’s Cottage from Godric’s Hollow and the amazing Hogwart’s Bridge. We were able to walk through No. 4 Privet Drive and climb on the steps of the Knight Bus.

There was still so much to see and do! We walk through rooms showing how the special and visual effects were done, and how the magical creatures were brought to life on screen. 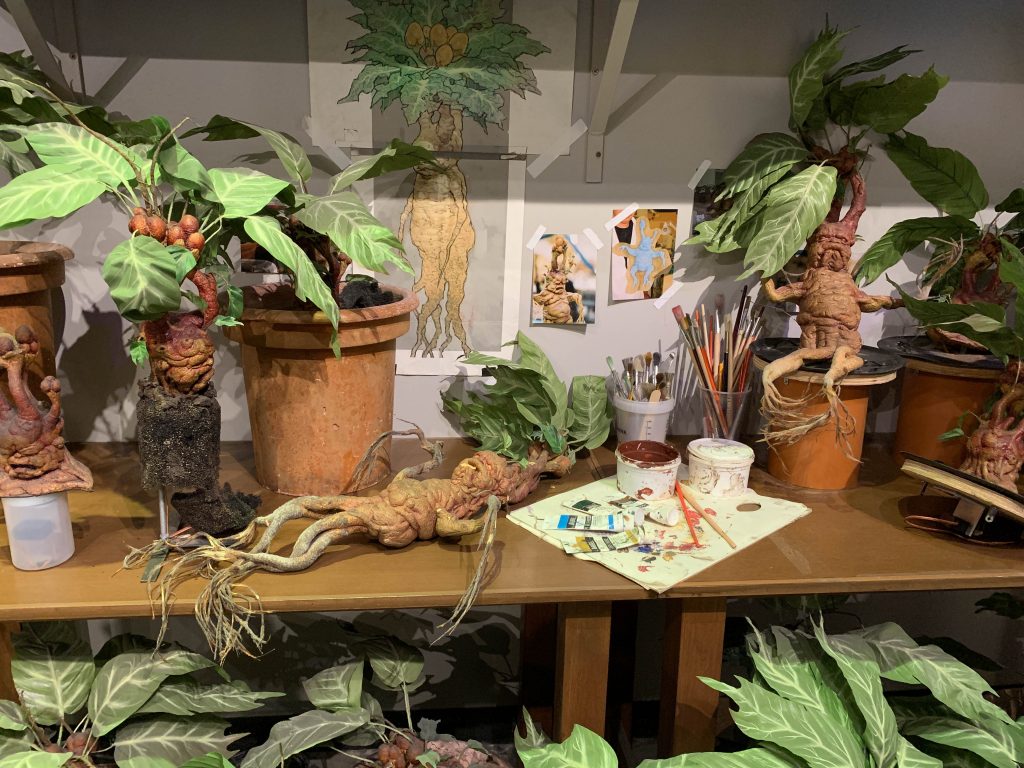 Then it was on to walk through Diagon Alley which was amazing! We loved looking in the windows of Ollivander’s and Fred and George’s shop. We knew the tour was coming to an end but enjoyed looking through the Art Department which featured technical drawings and scale models.

The final feature was a large scale model of Hogwarts which was used to film exterior shots in the films. It was so impressive to see and walk around. I admit that we were pretty exhausted by this stage of our visit but we had been walking for around 5 hours. We walked through the shops (yes, there were many shops) and bought few small items like postcards and pencils. The shop was really expensive and we didn’t feel like we needed any special souvenirs. The tour finished back by another cafe so we stopped for a drink before heading home. 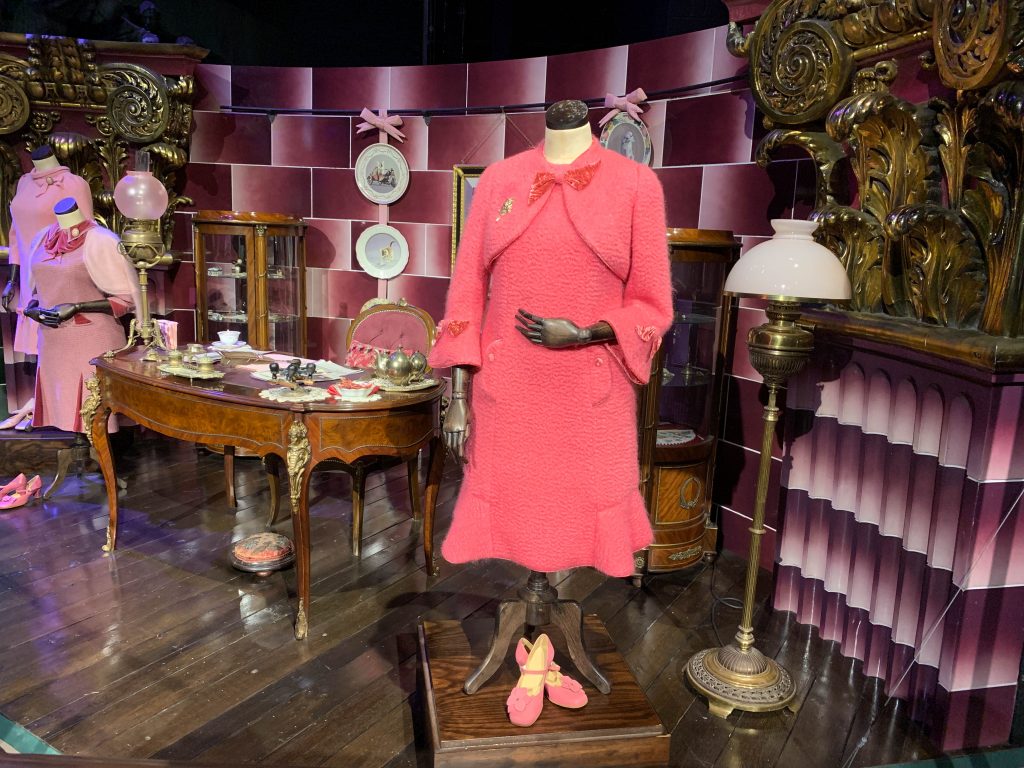 We had such an amazing day and learnt so much about how the films were made. There was lots to see and do, too much so we will hopefully be back at some point. The kids seemed a great age to enjoy the tour. At 7 and 9 they could read the information boards, listen to the audio guide and loved completing their activity passports. The Studio Tour was very busy but there were plenty of toilets and placed to sit down when they needed a break. There seem to be seasonal events going on at the Studio all year round, definitely a reason to go back!

Have you ever visited the Warner Bros. Studio Tour London?