Exploring London theatre: Back to the Future the Musical Last weekend we were invited to  celebrate at this year’s Olivier, WhatsonStage and Broadway World Award-winning Best New Musical, Back To The Future, at the Adelphi Theatre. We hadn’t been to the theatre for years so were really excited to visit and see a show based on one of our favourite films.

Exploring London theatre: Back to the Future the Musical

Back to the Future tells the story of Marty McFly, a rock ‘n’ roll teenager who is accidentally transported back to 1955 in a time-travelling DeLorean invented by his friend, Dr Emmett Brown.  Before he can return to 1985, Marty must make sure his high school-aged parents fall in love in order to save his own existence.

Back to the Future the film was released in 1985, starring Michael J. Fox as Marty McFly and Christopher Lloyd as Dr Emmett Brown. The film grossed £279 million at the box office worldwide and spurned two more films Back to the Future II (1989) and Back to the Future III (1990). We recently watched all three films with the kids so we looking forward to seeing the musical version and how it would translate to the stage.

The critically acclaimed Olivier Award-nominated and WhatsOnStage Award-winning Best New Musical had its opening night in London on Monday 13th September 2021. The show is proving very popular with audiences and has been extended until 23rd October 2022. The show is at the Adelphi Theatre in London’s West End. 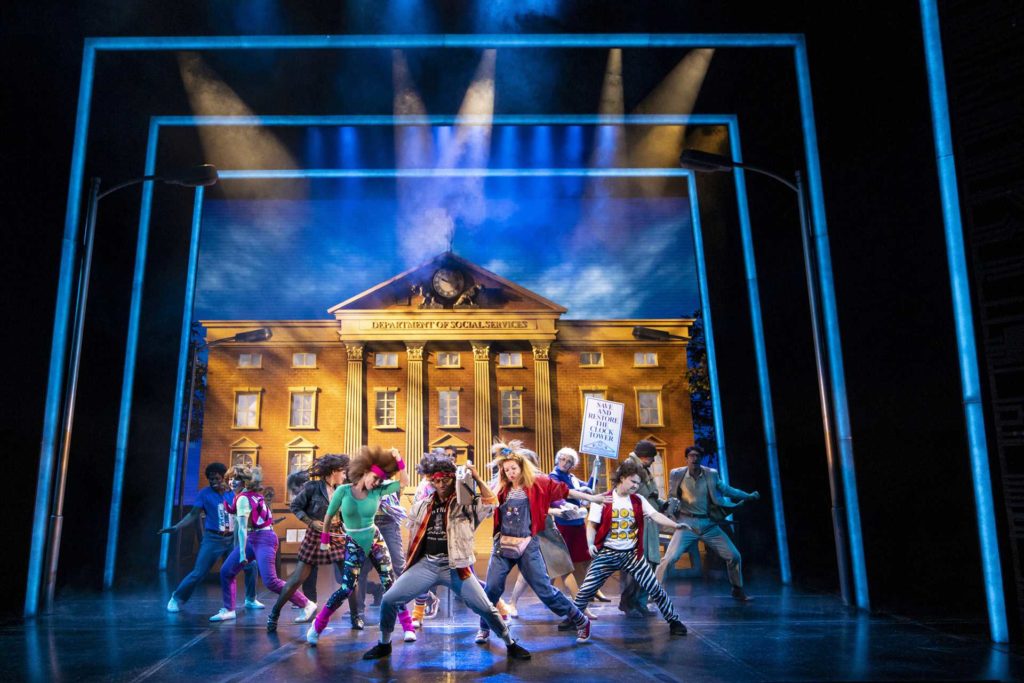 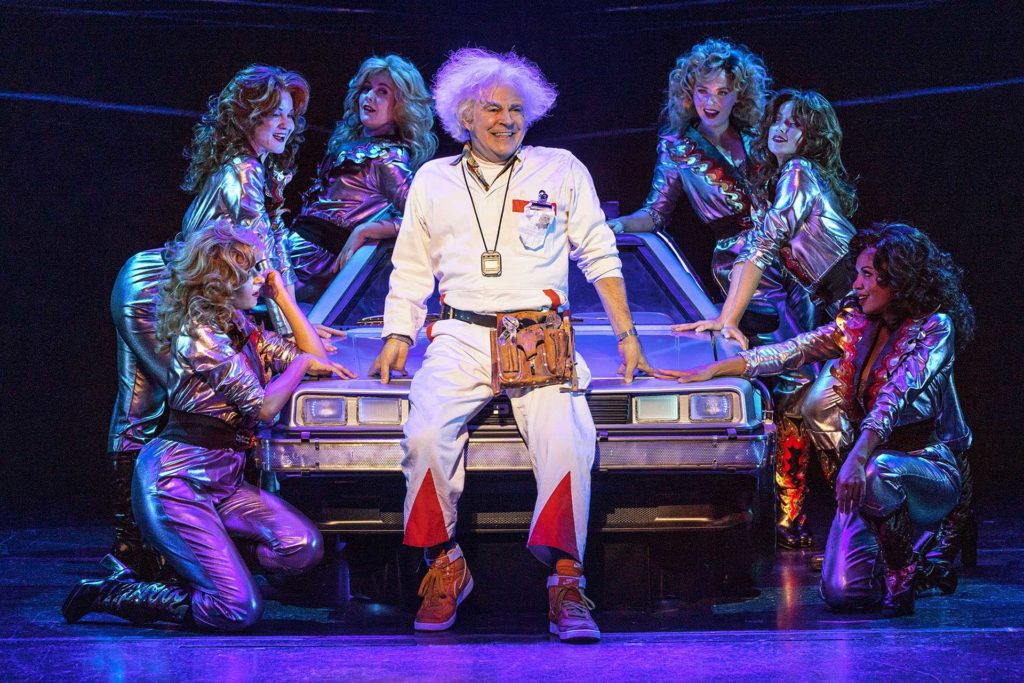 Based on the Universal Pictures/Amblin Entertainment film, Back to the Future The Musical has a book by Bob Gale and new music and lyrics by Emmy and Grammy Award-winning Alan Silvestri and six-time Grammy Award-winning Glen Ballard, with additional songs from the film including the classics The Power of Love and Johnny B. Goode.

We really loved the show. The story translated to the stage well and we really loved the sets and scenery, especially how the set made use of the balconies by the sides of stage. There were loads of colour and sounds and it felt pretty faithful to the original film. Not that there weren’t some fun new elements to enjoy too! It was a fun show and we enjoyed the performances and the original songs. 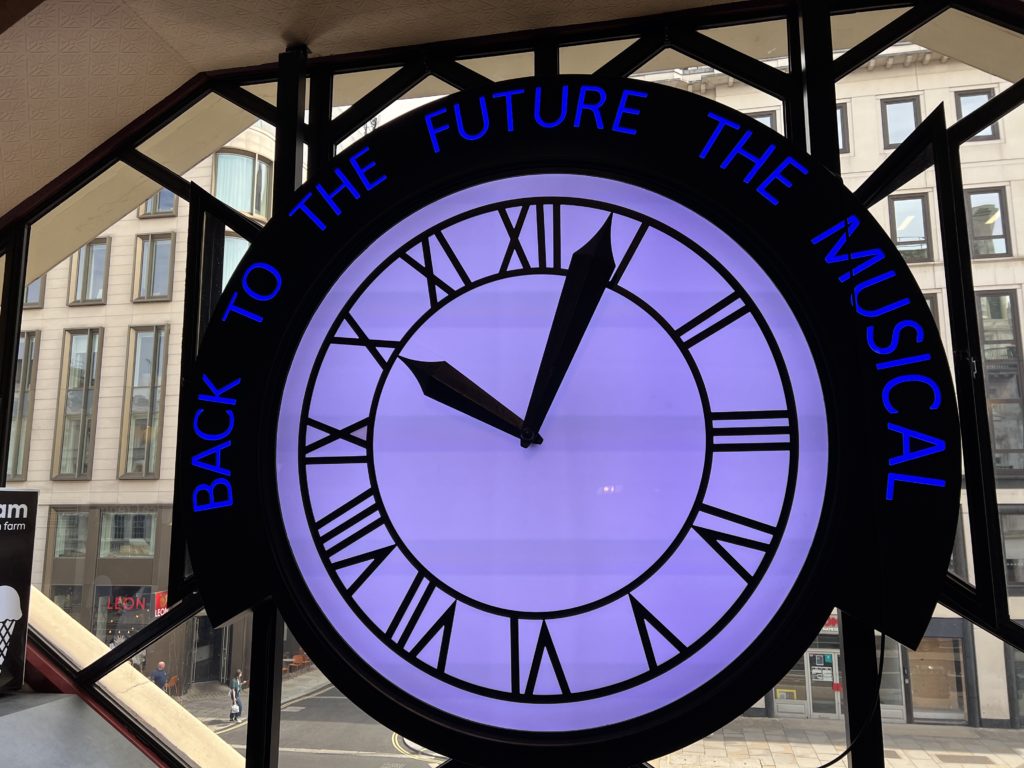 The 1980s vibe continues to the bar area which had been decorated especially. We loved the huge clock, reminiscent of the clock tower clock, the decorations in the Plutonium Bar, and there was even a special Doc Brown photo prop on the mirrored wall! 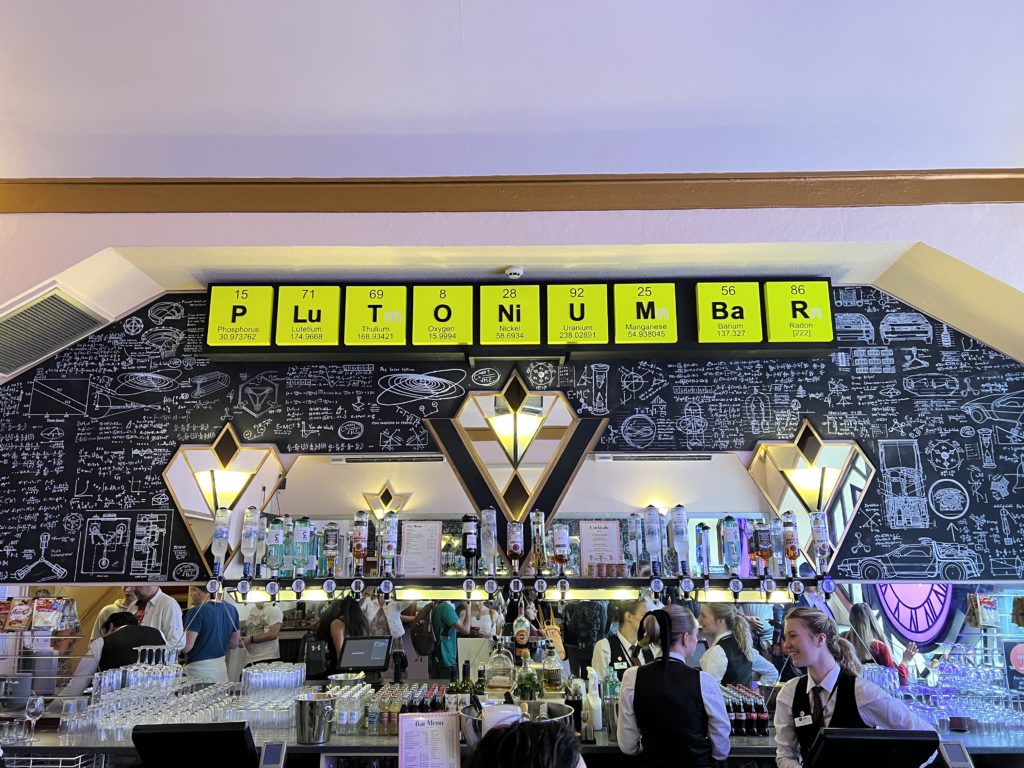 You may be interested in our other London theatre reviews:

The Tiger Who Came To Tea