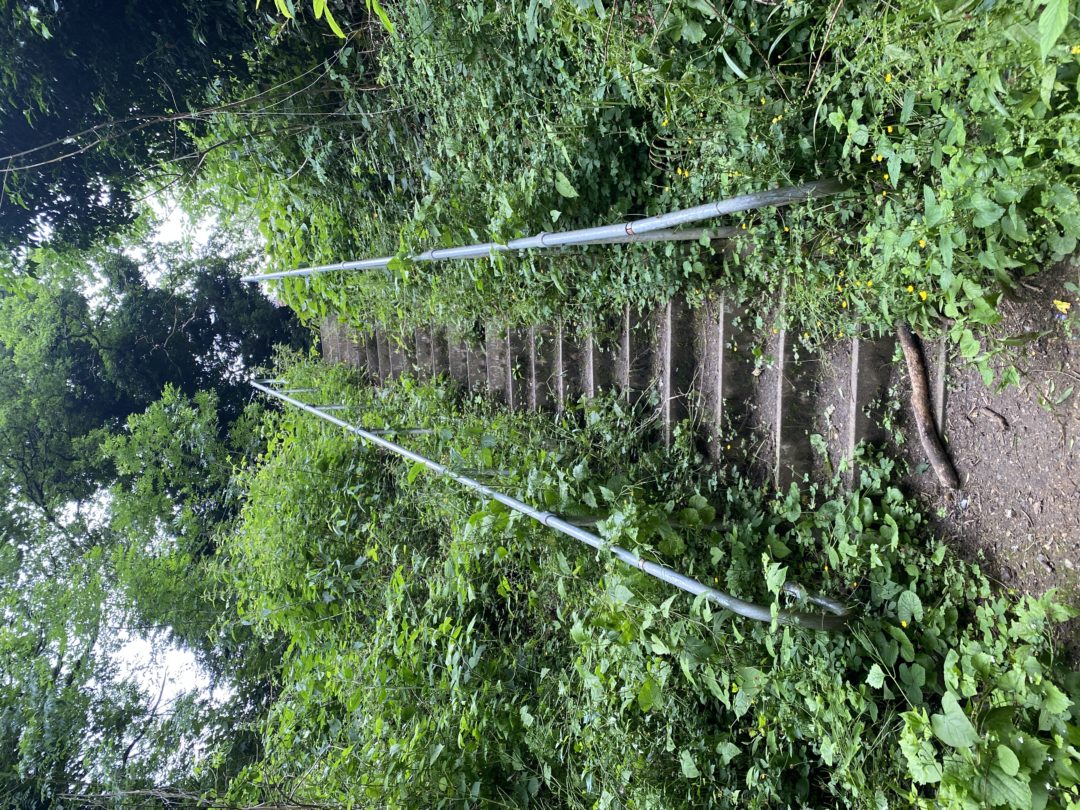 After 7 years we are still discovering new places on our doorstep. This weekend we explored an area known as The Gravel Pits in Northwood.

Unsurprisingly the area got its name as gravel was extracted during the time gravel was used for road surfaces. By the late 1890’s the gravel pits at Northwood were described as “worked out” and no more gravel could be extracted. Fortunately this small area remained unbuilt on and became a public amenity for the people of Northwood to enjoy. 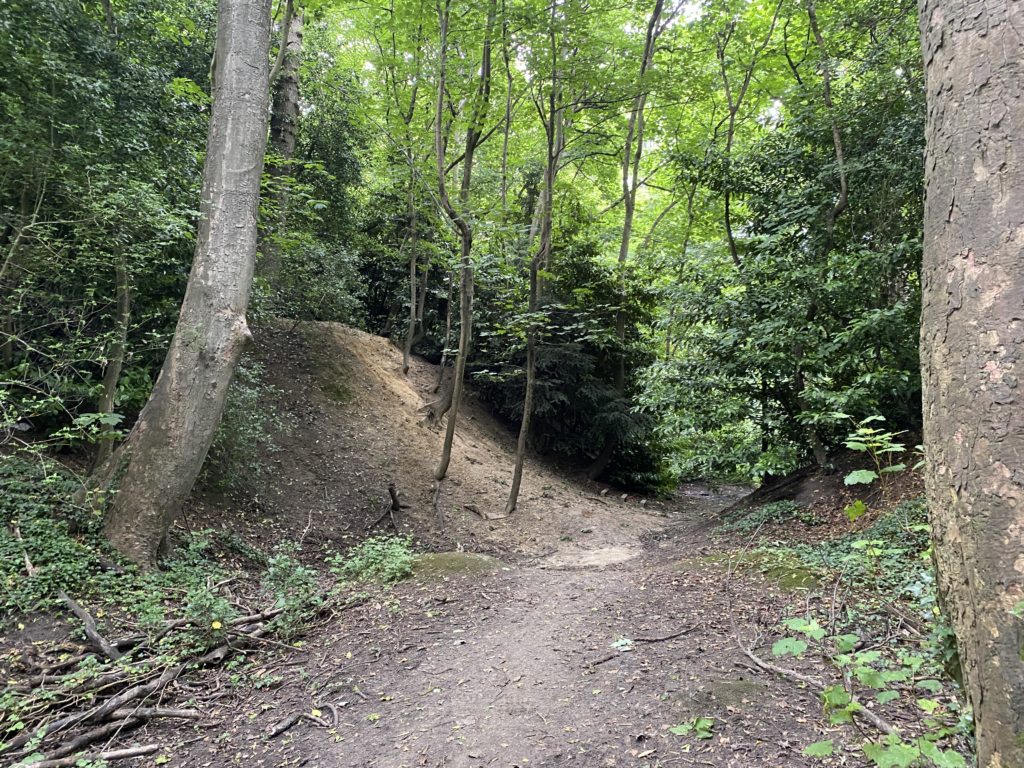 The woods are dominated by sycamore, ash and common hawthorn, interspersed with beech, aspen and oak trees. Other species found in the woods include ground elder, black horehound, bracken, clustered dock and violets. The shadier areas are home to lords and ladies, Enchanter’s Nightshade and Broad Buckler-Fern. 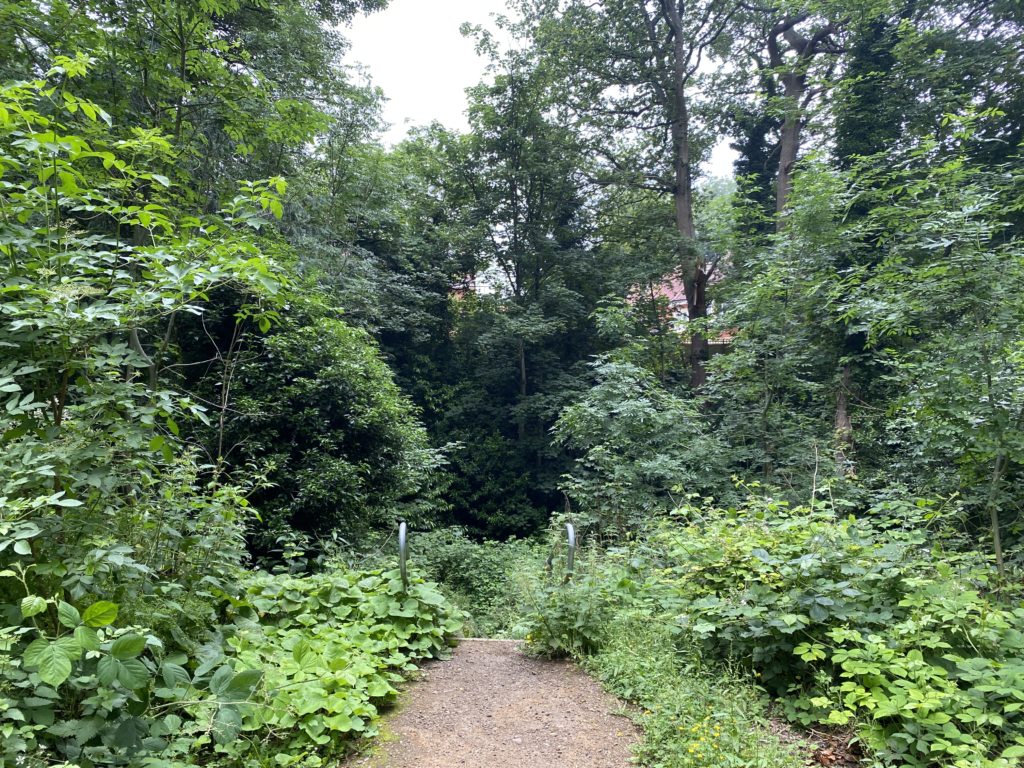 There are several paths through the woods which are fun to explore, an area of open grassland, a nature trail through the woodland, as well as several picnic benches. It’s a really fun area to explore with kids and our little pup enjoyed being off lead too.

As you would expect, the paths are up and down around the old gravel pits which makes for a great walk if you are looking for something a bit different. My kids loved climbing this steep hill – and sliding back down again! 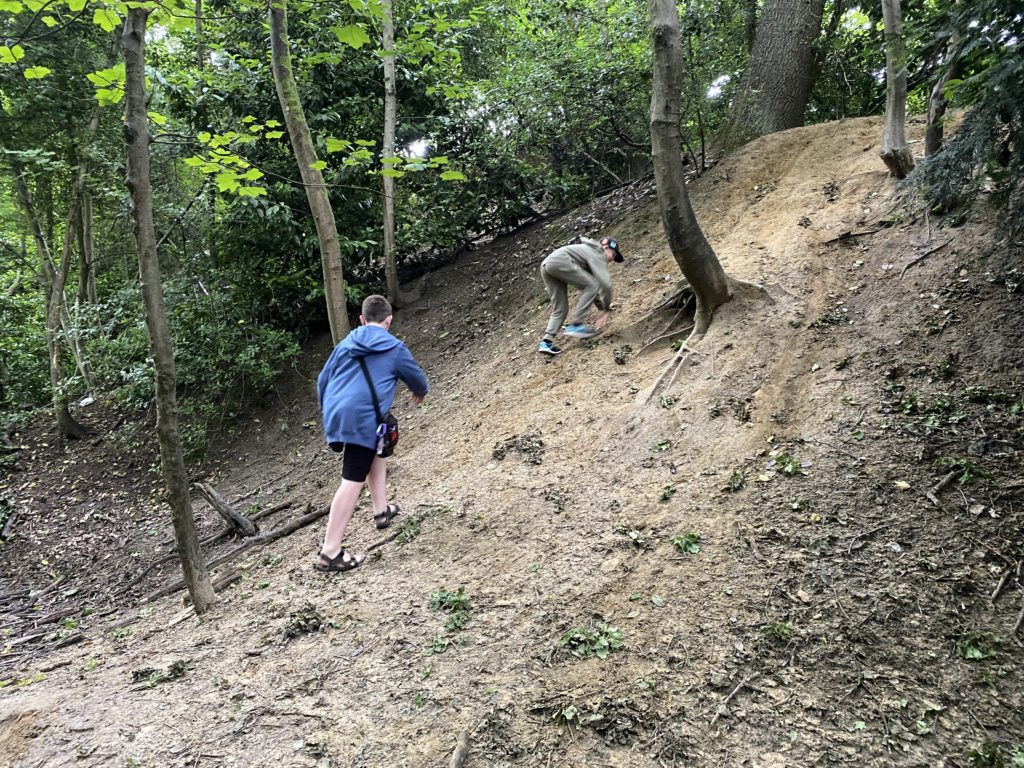 If you are looking for a new place to explore, or have just walked around Ruislip Lido too many times, then look out for the Gravel Pits.

Looking for the Battle of Britain House

A visit to the Dog’s Trust Harefield

days out
0 Comments
By jenny