Exploring Runnymede, the home of the Magna Carta 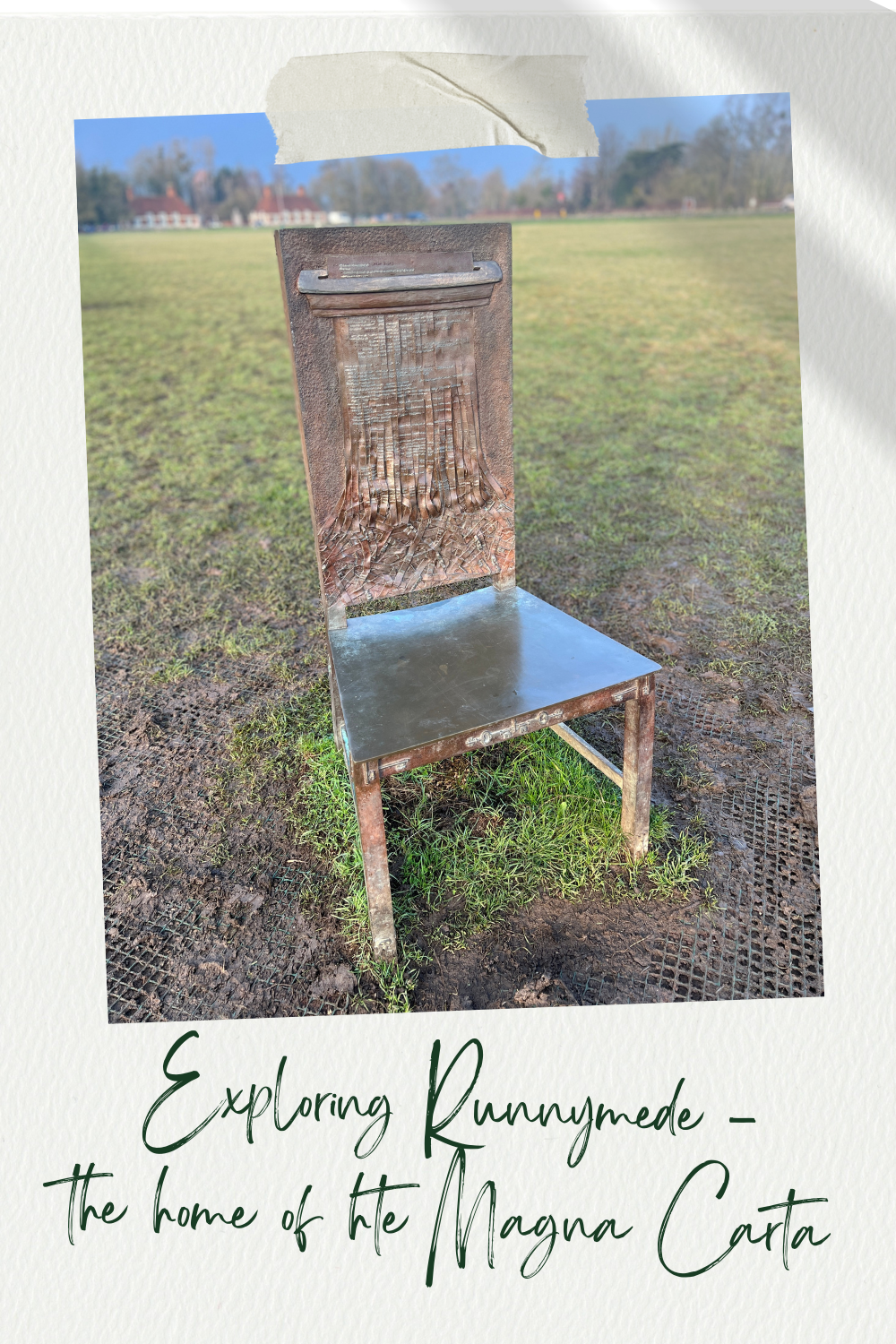 It feels like a while since we went out for the day. General Christmas busy-ness and then trying to ward off the January blues, we decided it was time to go a little further afield. However, where to go? It almost felt like we closed our eyes and placed a finger on a map, ending up with Runnymede. This ticked the box for just 30 minutes drive away, and owned by the National Trust.

Exploring Runnymede, the home of the Magna Carta

We’ve been to Windsor a few times lately. It is near where we live and great for shopping and sight-seeing. We also realised that there were lots of other places nearby which we wanted to explore, such as Virginia Waters. After stopping off to pick up some new school shoes for my daughter in Staines, we headed over the river to Runnymede.

Runnymede runs along the side of the River Thames and much of the land is managed by the National Trust. It is best known as the home of the Magna Carta. Magna Carta Libertatum, commonly called Magna Carta, is a royal charter of rights agreed to by King John at Runnymede, near Windsor, on 15th June 1215.

The National Trust have a small car park and tea room (with toilets!) housed in one of the two Fairhaven Memorial Lodges in Runnymede. Designed by Sir Edward Lutyens they are a memorial to the landowners who donated the site to the National Trust. It’s a great starting point to explore the area by foot. The landscape is beautiful and has been enhanced with memorials to the struggle for liberty.

The first thing we saw was an amazing set of willow sculptures called Haymaking. The scene comprises 19 separate pieces of sculpture made from willow and includes picnickers, field workers, gleaners, a haystack and even a full-sized horse. 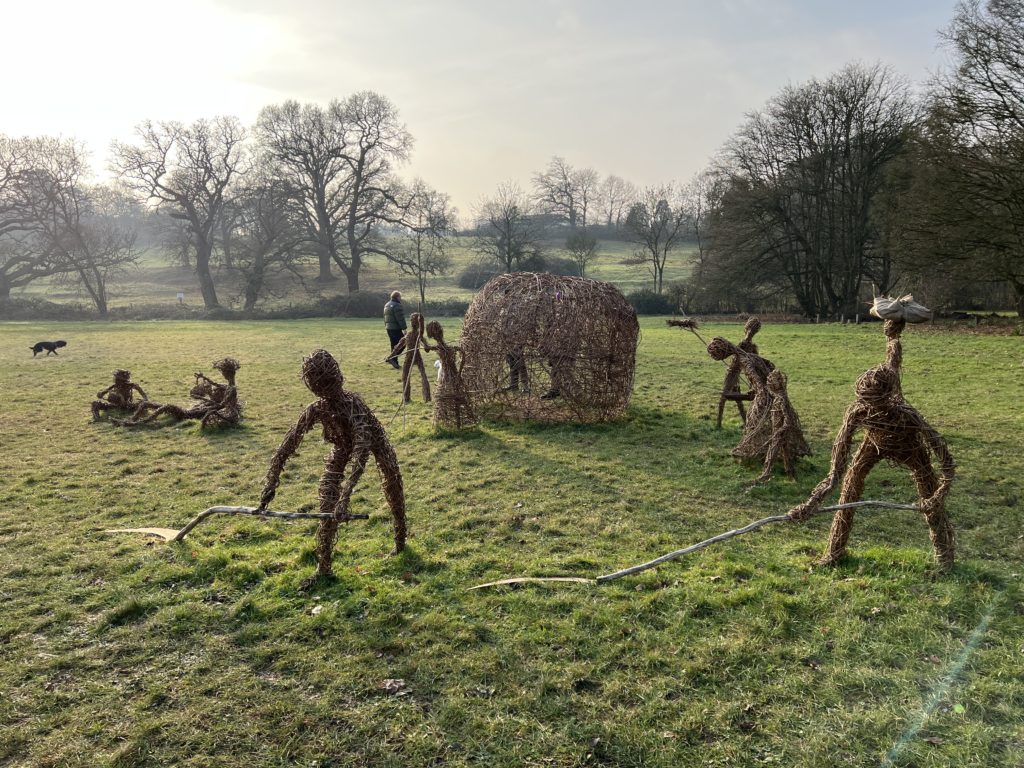 Twelve intricately worked bronze chairs stand together on this ancient meadow. Each chair incorporates symbols and imagery representing concepts of law and key moments in the struggle for freedom, rule of law and equal rights. The Jurors is not a memorial, but rather an artwork by Hew Locke, that aims to examine the changing and ongoing significance and influences of Magna Carta. 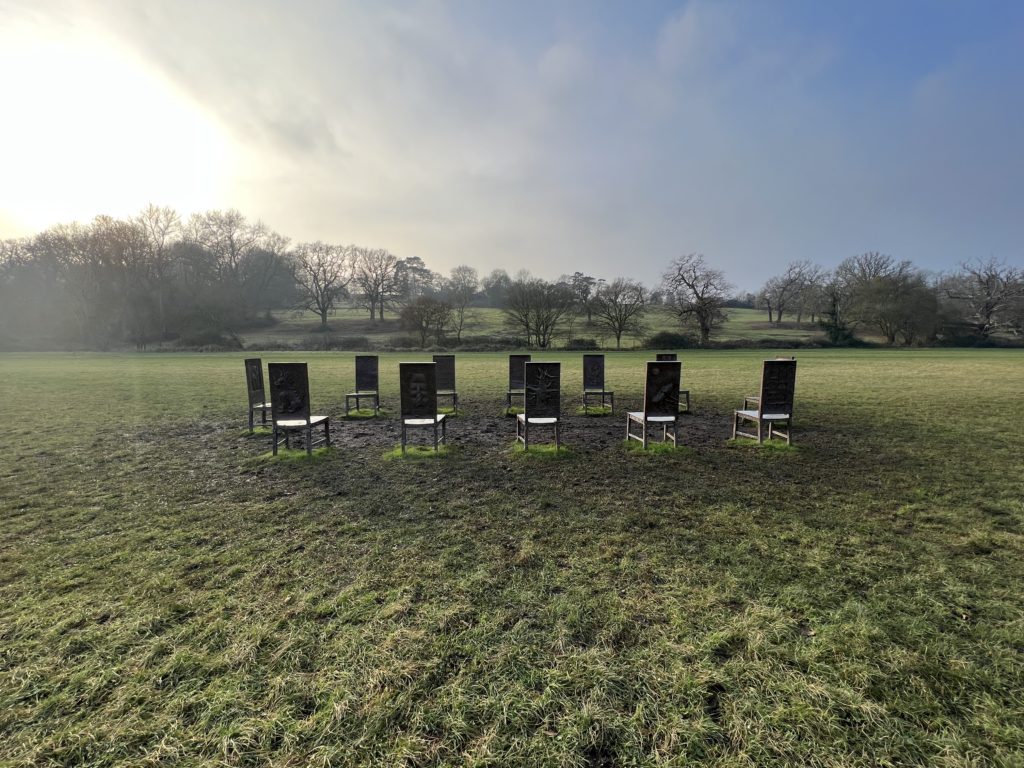 The chairs are a direct reference to Clause 39 of Magna Carta, which states that no man can be imprisoned “except by the lawful judgment of his equals or by the law of the land”. Each bronze chair was different and we loved that you could sit on them. Although the ground was very muddy I imagine the chairs look even more stunning at sunrise in summer.

The Magna Carter Memorial was designed by Sir Edward Maufe and erected in 1957. 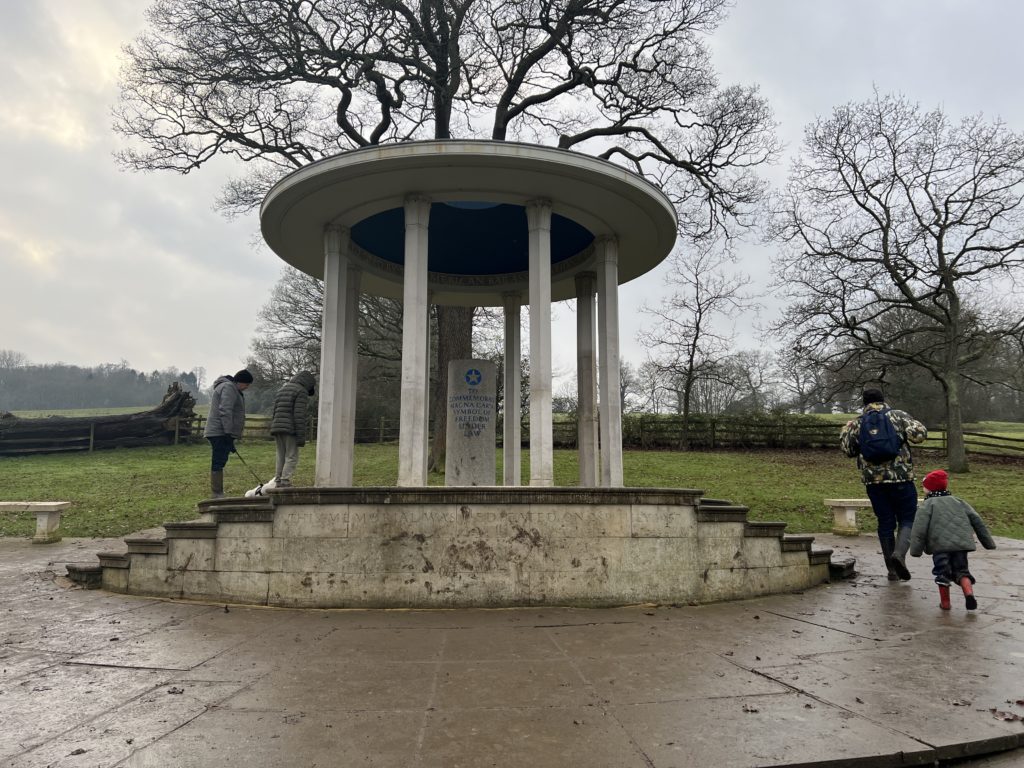 The JFK Memorial was built to commemorate the life of the American President John F. Kennedy following his assassination. The land it is on has been given to the United States of America by Queen Elizabeth. 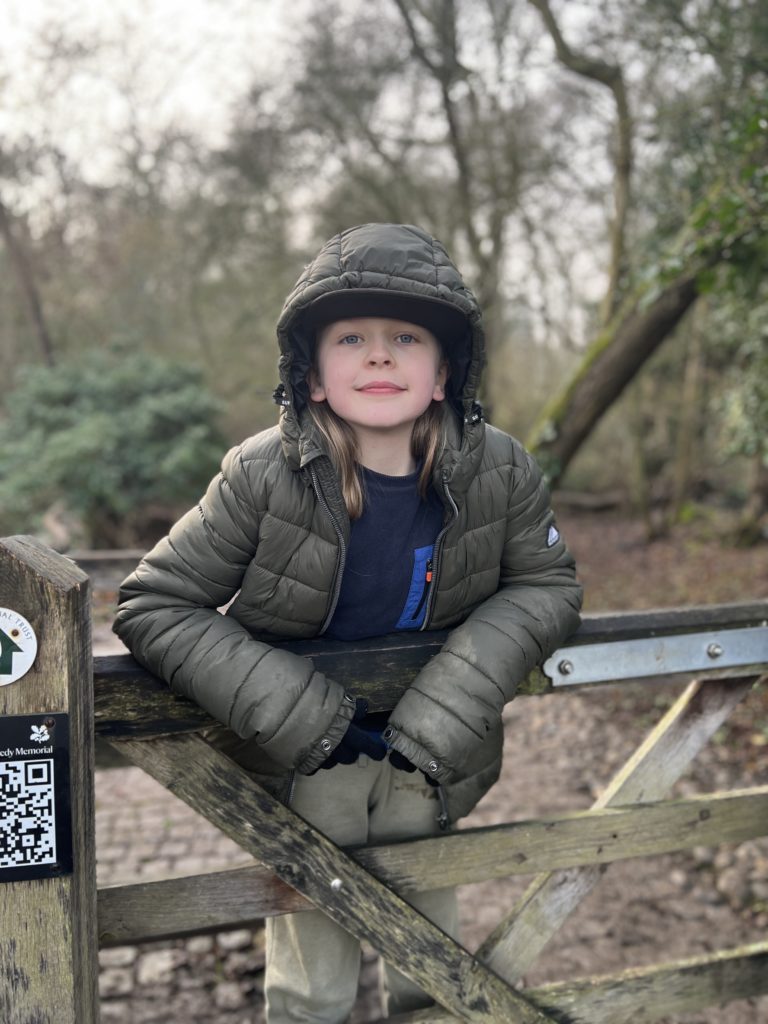 Writ in Water, a major architectural artwork by Mark Wallinger, provides a new immersive space for contemplation and reflection at Runnymede. Unfortunately the ground was just too muddy to reach it safely – hopefully we can try again in Spring.

Up on Cooper’s Hill you will find the Commonwealth Air Forces Memorial inscribed with the names of the men and women of the Allied Air Forces who died during the Second World War.

There are lots of things to explore in Runnymede and it made for a great day out with the kids. Unfortunately it was very muddy but we recently invested in a Mud Daddy which is essential for keeping our white dog white!