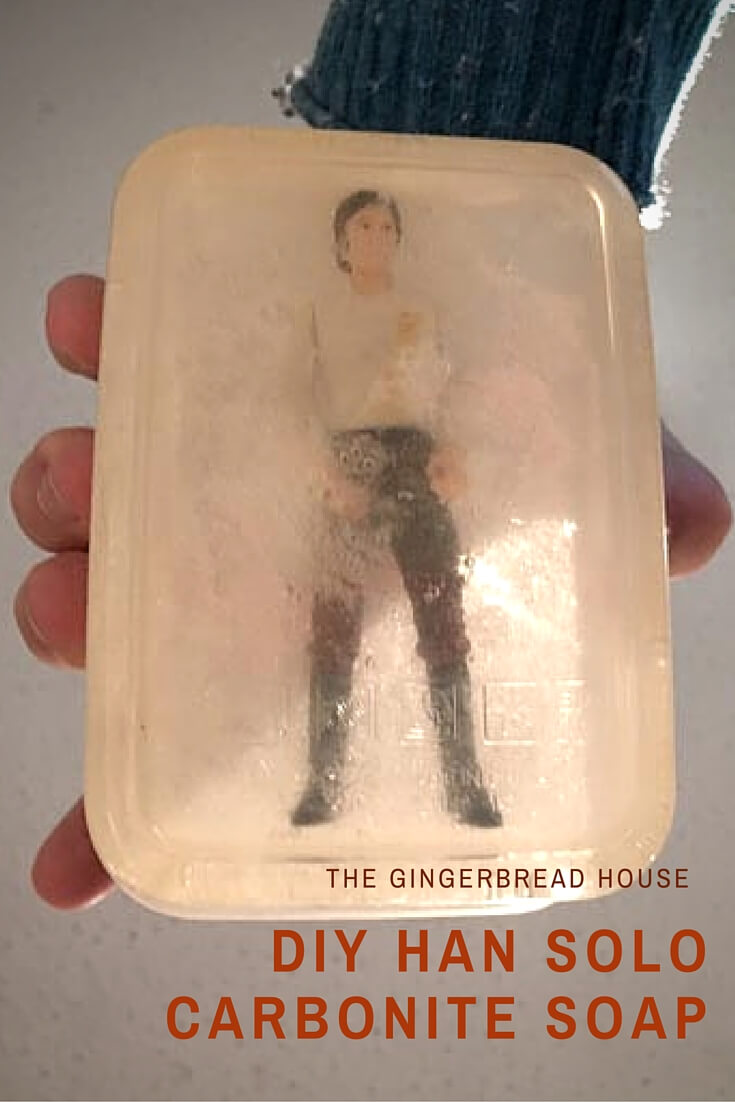 We’ve been having a lot of fun with Star Wars crafts recently. Like many children, The Force Awakens really seems to have struck a chord with my two and now they are Star Wars obsessed. My son recently bought the Lego Carbon-Freezing Chamber set I thought I would turn this to my advantage with an easy DIY Star Wars Han Solo Frozen in Carbonite Soap craft activity!

How to make a DIY Star Wars Han Solo Frozen in Carbonite Soap:

First melt your soap base by cutting it into small pieces. Place them in a disposable plastic tub and melt for 10 seconds at a time in a microwave. Use a wooden stirrer to ensure everything is mixed and melted. The soap can start to harden and form a skin so you need to work quickly. If you are going to add any colour do it now as you can’t re-heat the soap when you have added anything to it. I didn’t want to add anything so poured a small amount of the soap base into the other plastic container and left it to harden for a couple of minutes. I re-heated the soap base, placed my Han Solo figure into the soap layer and poured more soap on top until it was completely covered. I left the soap to harden overnight and the next day tipped the container over and the finished soap fell out. My son turns 6 next month so I thought this would make a fun handmade gift for him to open, alongside all his other Star Wars gifts.