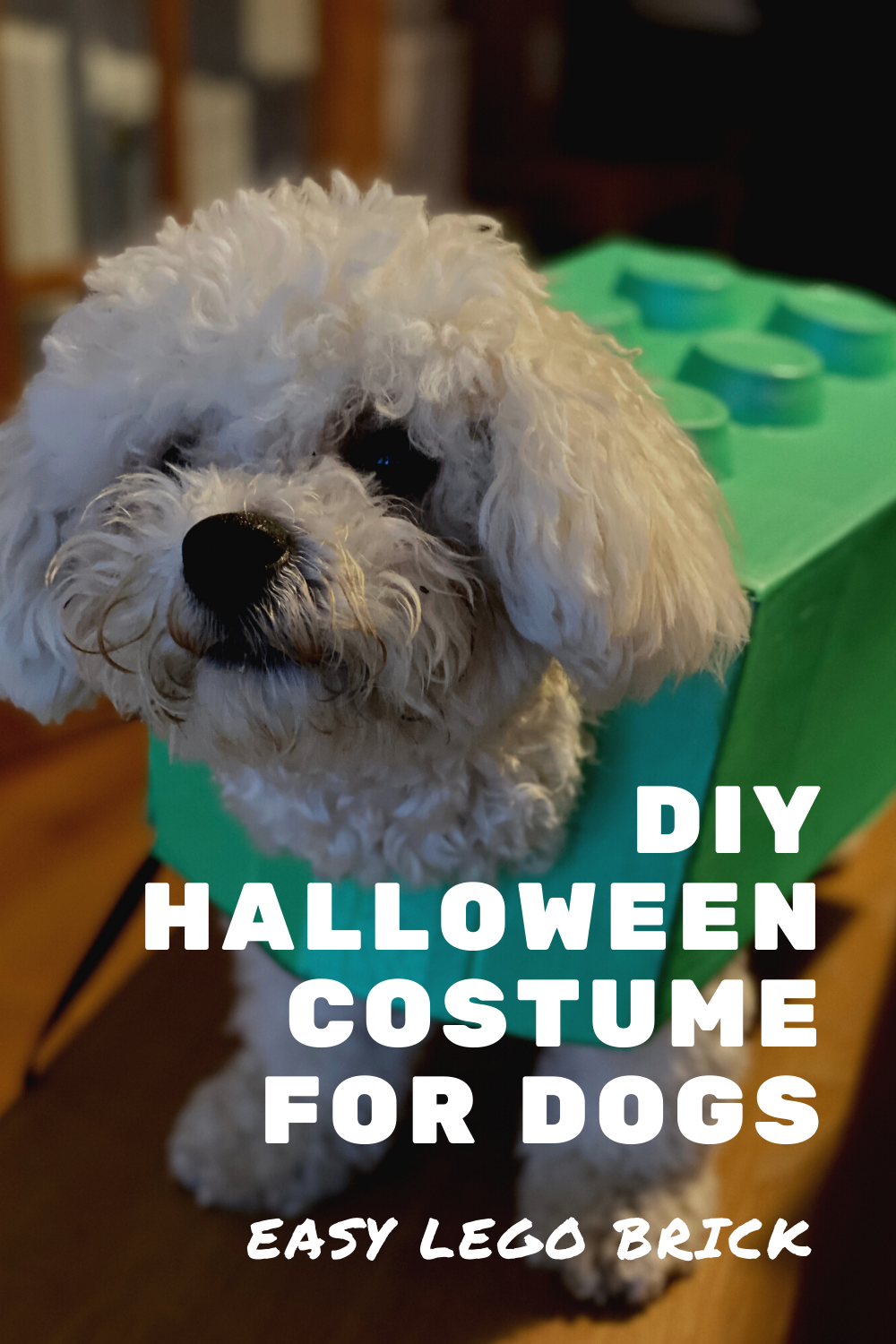 You all know how much we love our Bichon Frise puppy. He’s a huge part of our family so we wanted ot include him in our Halloween celebrations. Although we won’t be going Trick or Treating this year we still wanted to make him a costume. Today we’re going to share our DIY lego brick Halloween costume for dogs. My 10 year old loves Lego so it he decided to make him into a walking Lego brick. The costume was really simple to put together and in an hour we had our lego brick puppy costume ready to go!

How to make a lego brick Halloween costume for dogs

First make sure your box covers your puppy (with plenty of room for a waggy tail!). Measure where you want to glue the six pots, making sure they are spaced apart evenly. Draw round each pot and cut out the circle. 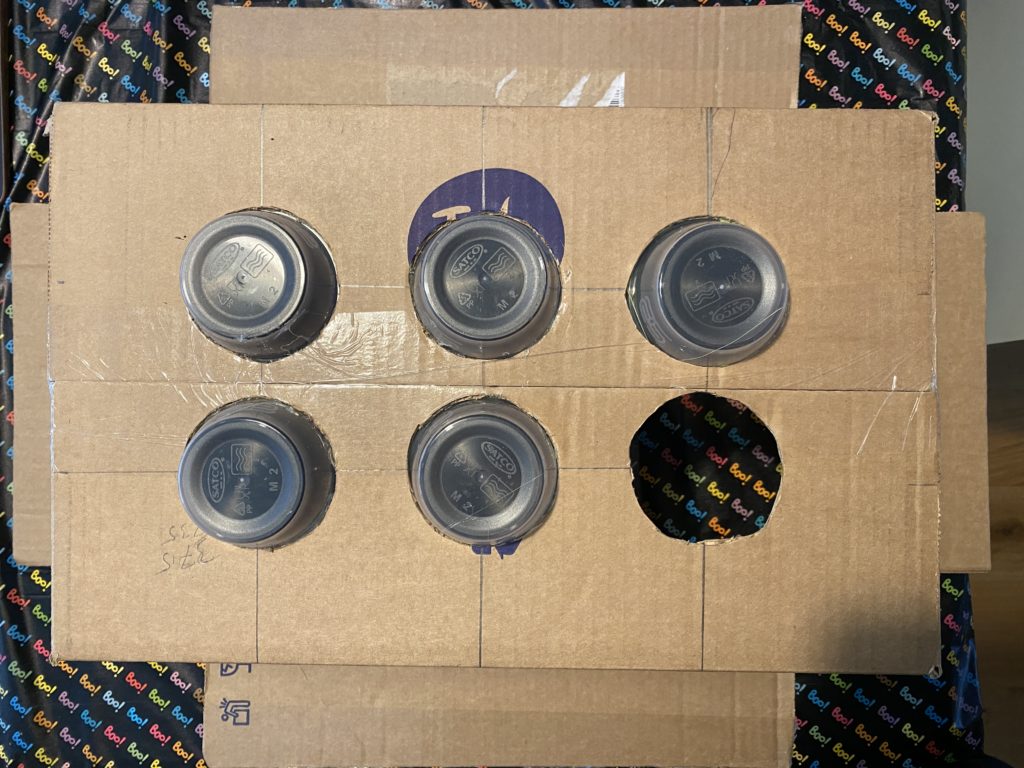 Then add hot glue to the rim of each pot and place inside the box to make the studs of the lego brick. 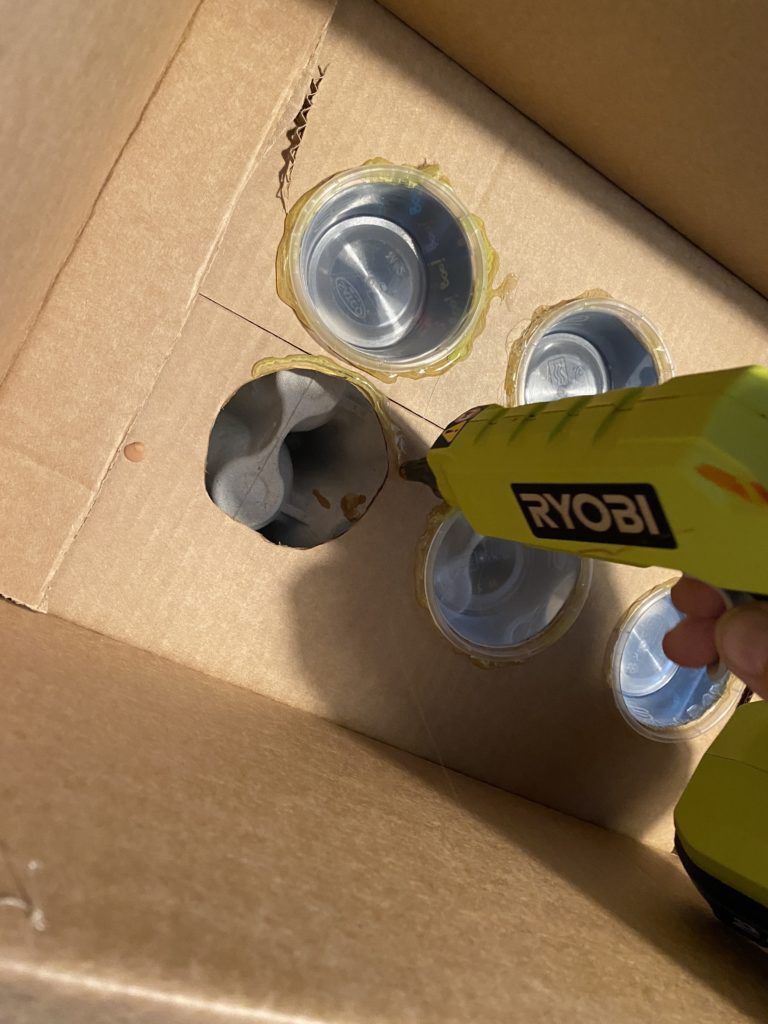 Leave the cardboard box so the glue can set for 30 minutes. 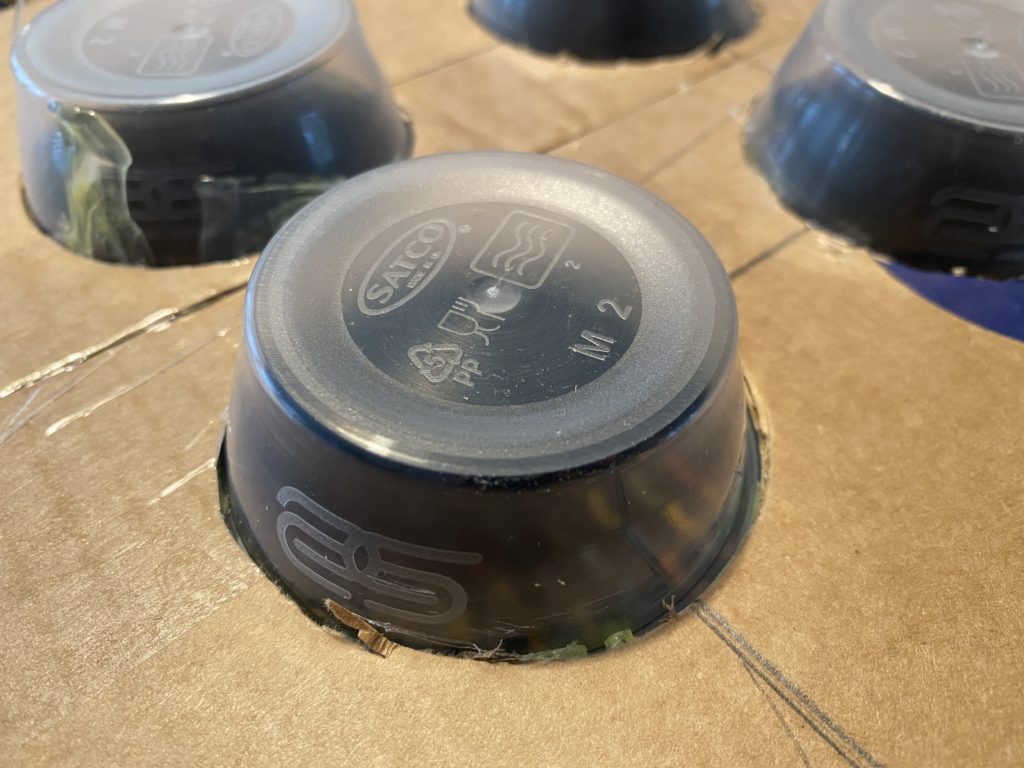 We wanted to make sure the paint would cover the lego brick so gave it a coat of primer. This also helped to cover the branding on the cardboard box. 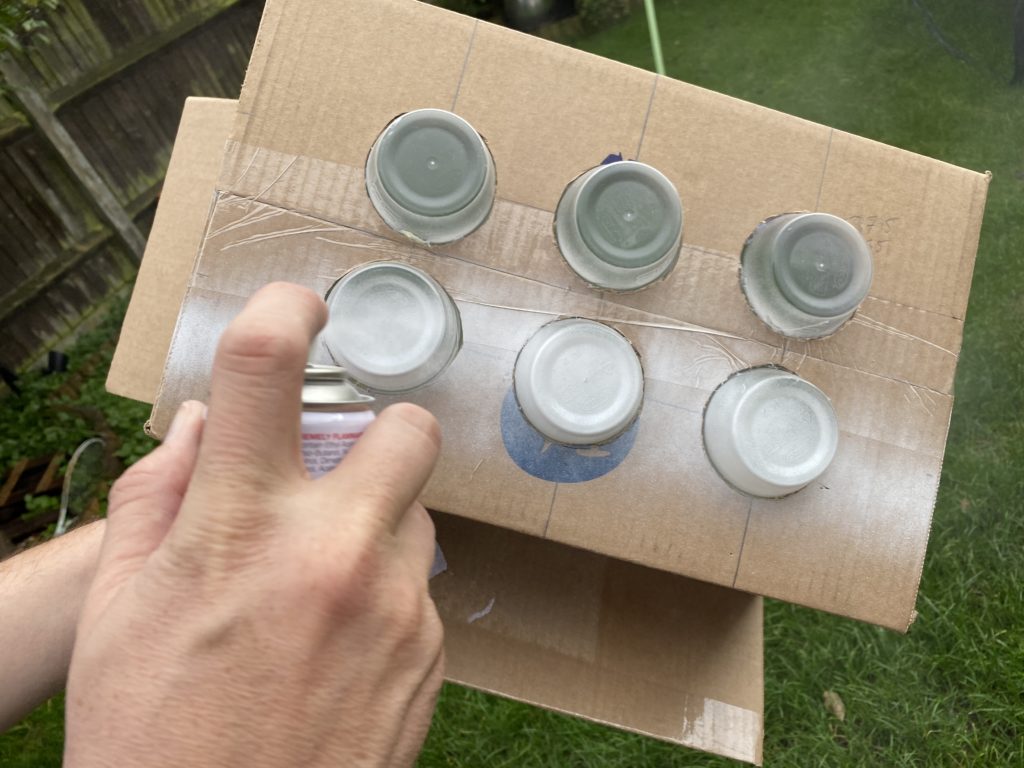 Decide what colour you want your lego brick to be. We chose green and my 8 year enjoyed painting it. The cardboard box needed 2 coats of paint. 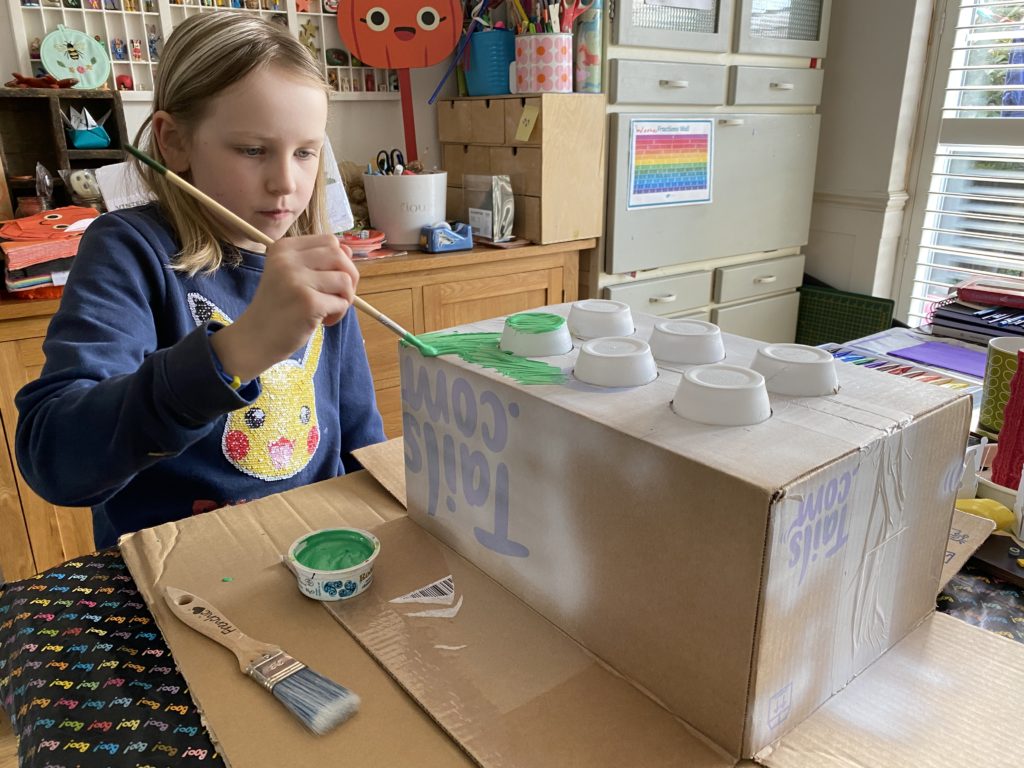 When the paint was dry the final step was to cut a hole for our puppy’s head to poke through. The box fitted perfectly although he was a bit bemused when we put it on him!

We love dressing our pup up for Halloween. We’ve already made him into a real Beanie Baby but this only works when he’s been to the groomers! Now we have am easy DIY lego brick Halloween costume for our pup too. 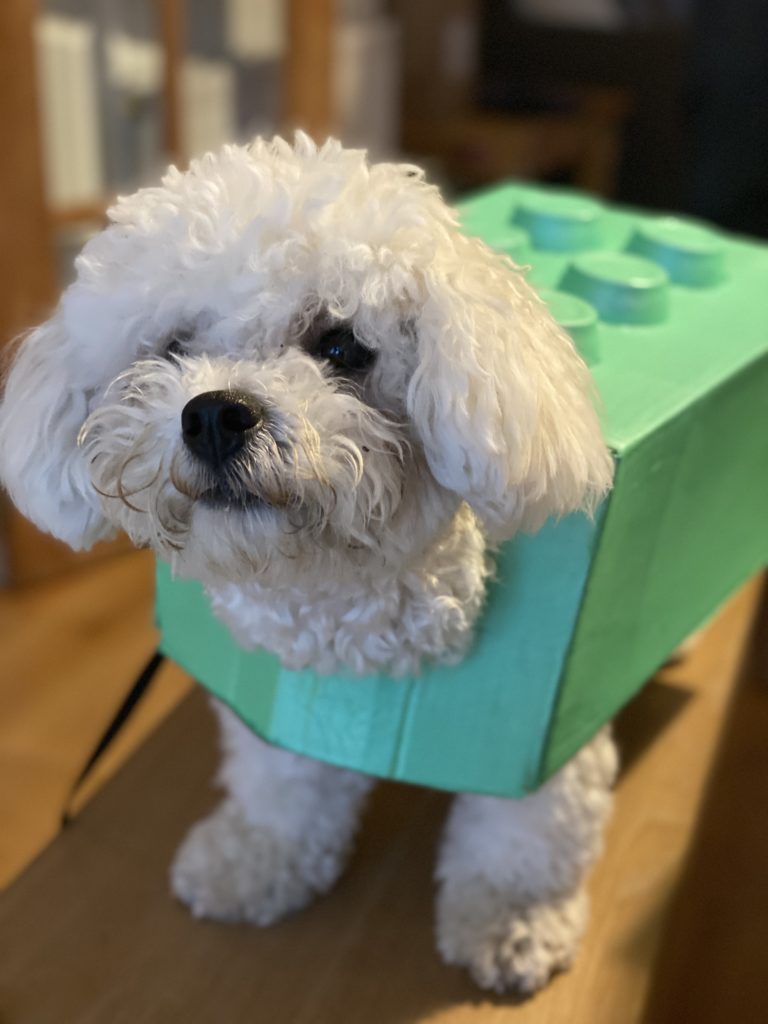