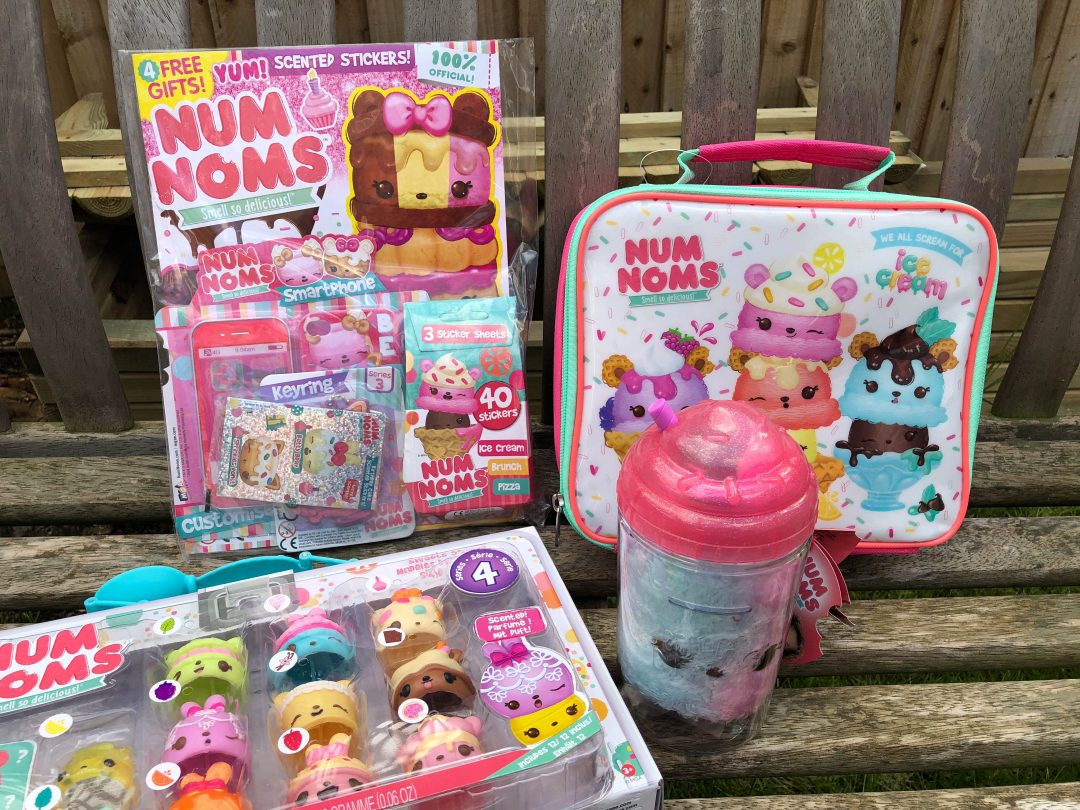 Did you know that National Sandwich Week is celebrated between May 20th and May 26th? We were challenged to celebrate it with Num Noms, those cute little scented food-related collectibles. My daughter loves to collect them so it was pretty easy to ask her to help create a lunch around her favourites.

We were sent a bundle of Num Noms products to help us create our Num Noms inspired bento lunch. My children love a themed lunch and the weather was lovely and sunny over the weekend which meant it was perfect for packing our lunchboxes and heading out for a picnic.

As Num Noms are food related it’s really easy to make a bento lunch. We had so much fun we’ve actually done it a couple of times. You can’t have National Sandwich Week without a sandwich and the obvious choice for my 6 year old was a BLT. Did you know there was a B.L.T. Num Noms? My daughter loves bacon so this was an easy one. 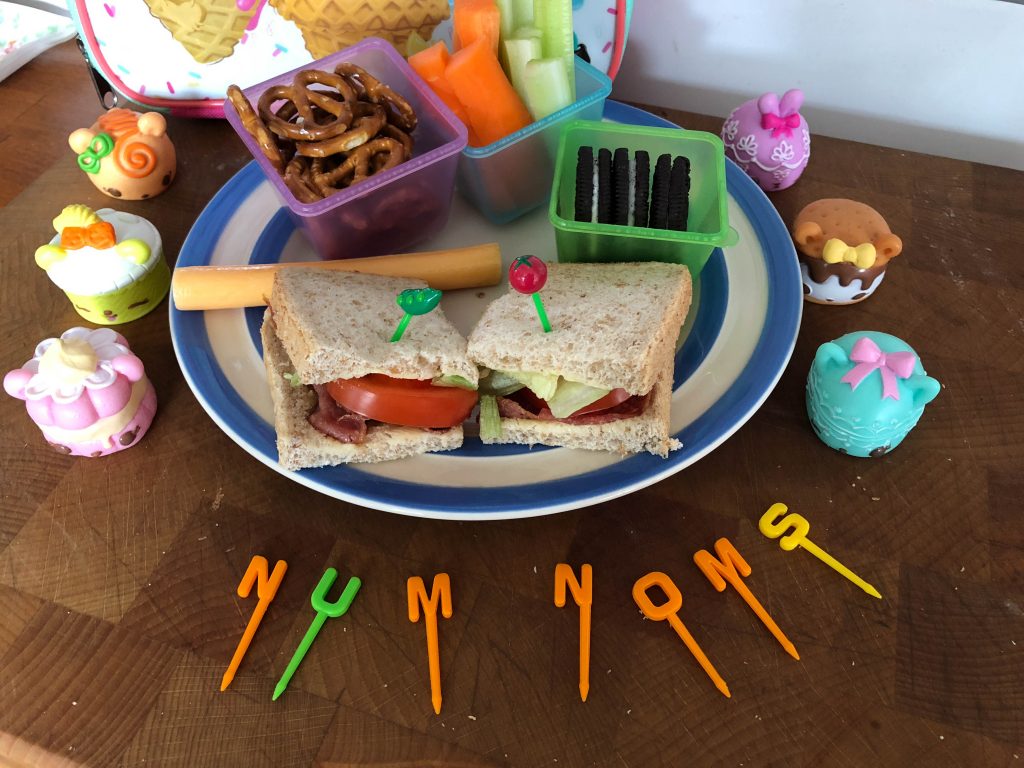 Bento means a lunch comprising of small portions, often served in a lunchbox with small compartments. It’s a perfect meal for children who have a small appetite or just love a variety of things for lunch!

As well as the B.L.T. my daughter picked out some of her favourites, these included Cynthia Celery and Courtney Carrot which I served in small pots, along with Cheesy Twist (otherwise known as pretzels). There was even a Dip & Dunk Shoestrings (cheese strings). 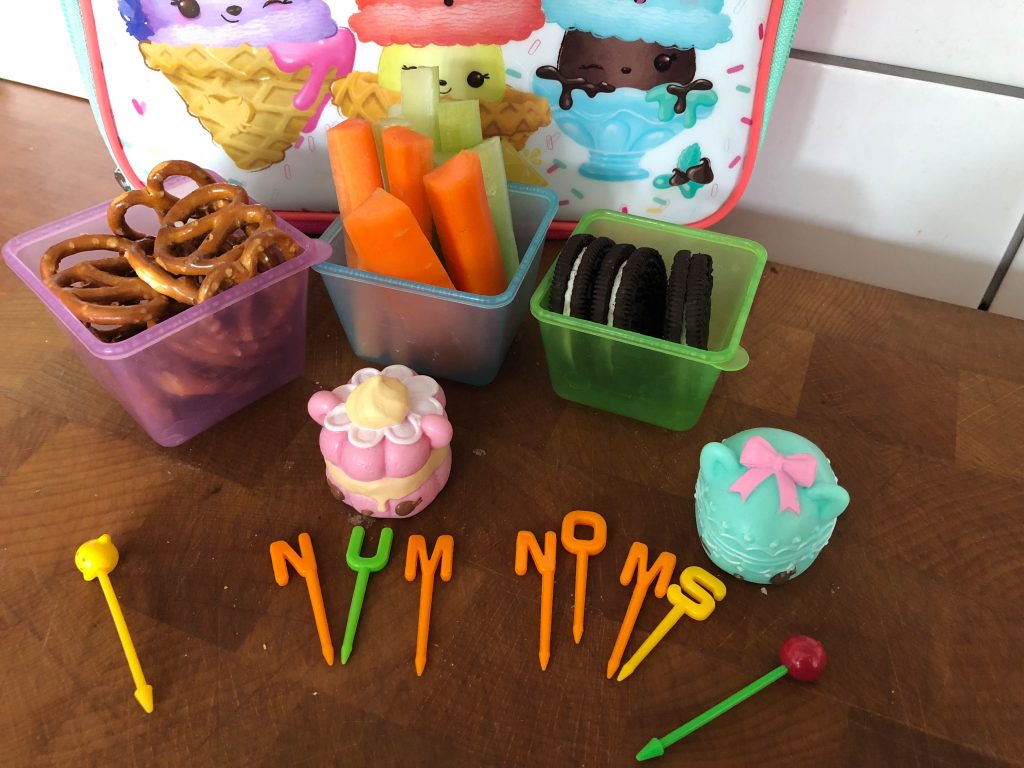 For something sweet we had Cookies ‘n’ Cream (oreos). I was also planning on adding some Pineapple Jelly but unfortunately it didn’t set.

I decorated her plate using some cute food picks which went really well with her Num Noms. She lover her Num Noms inspired lunch, there was almost too much choice and you could easily make this with so many different combinations. 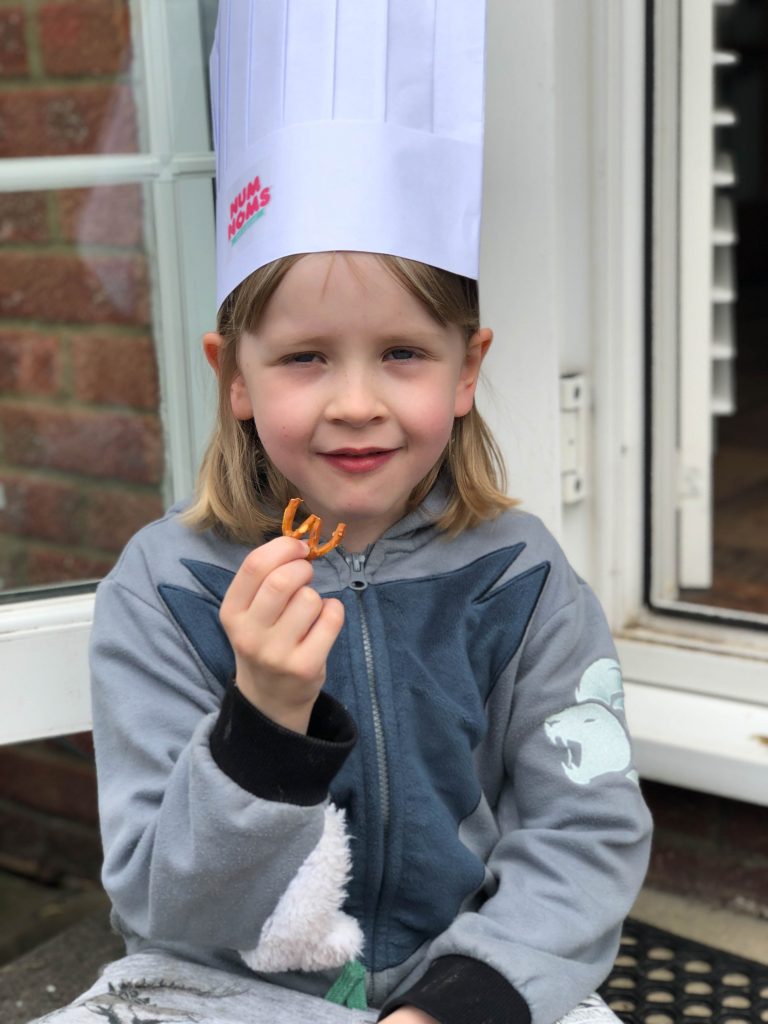 You may be interested in some of our other Num Noms posts:

Crazy creations in the kitchen with Num Noms (Series 3)