Celebrate Season 2 of Vampirina and win a goody bag 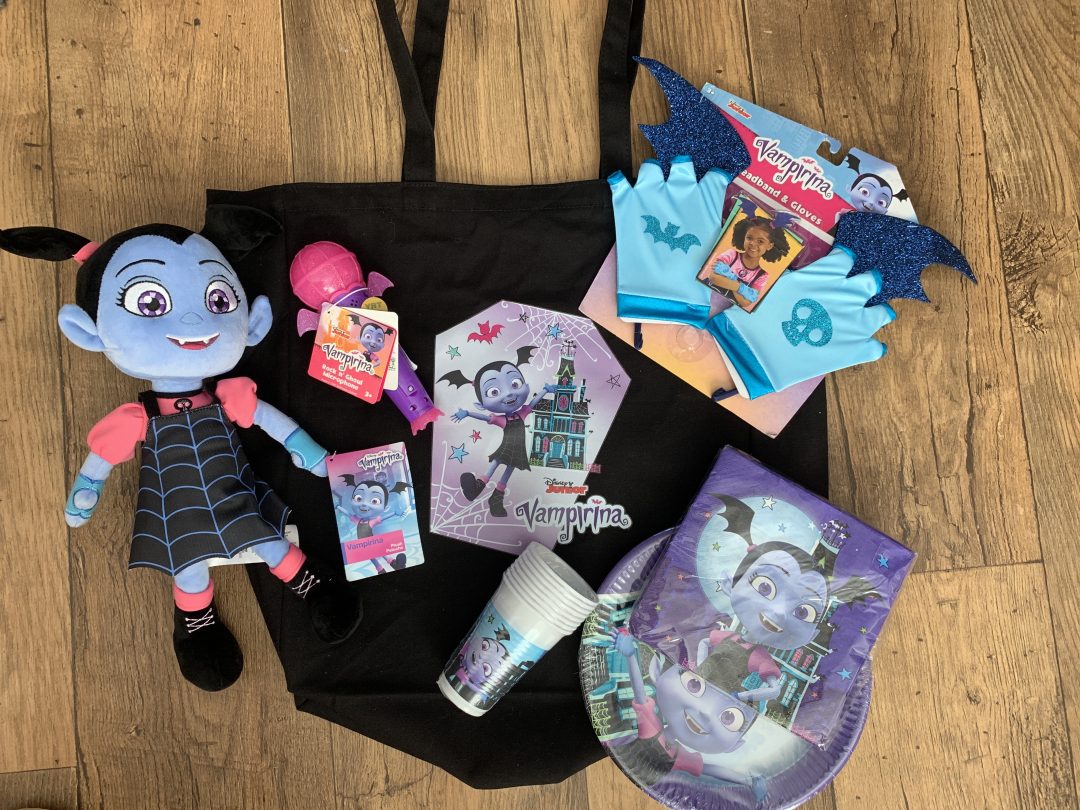 My daughter loves watching the Disney Junior TV show Vampirina, which celebrates friendship and difference – with a spooktacular twist! The show is based on the Vampirina Ballerina series of books written by Anne Marie Pace and illustrated by LeUyen Pham. Vampirina follows the story of Vampirina “Vee” Hauntley who becomes the new kid on the block after she and her family move from Transylvania to Pennsylvania to open a local bed and breakfast called the Scare B&B for visiting ghouls and goblins. The show launched last year on Disney Junior and we have been eagerly awaiting the arrival of Season 2. Each episode features two 11-minute stories and includes original songs.

To celebrate the launch of Vampirina Season 2 we were sent a Vampirina party pack! My daughter loves watching Vampirina on Disney Junior. Season 2 started this week and new episodes continue to launch weekdays at 5.30pm, with key repeats weekdays at 7.30pm and weekends at 8pm. We had a sneaky peak at some of the new Season 2 episodes at the end of last year and we can’t wait to see what Vee, her pet hound Wolfie, and her family gets up to next!

If you love Vee as much as we do then you will find loads of recipes, colouring sheets and activities on the Disney Junior website.

To enter my giveaway you must answer the easy question via the Rafflecopter widget below, there are some bonus entries too. The giveaway is open to those with a UK postal address only and ends on 16th June. The winners name will appear on this post. Good luck!