A trip to Bekonscot Model Village and Railway 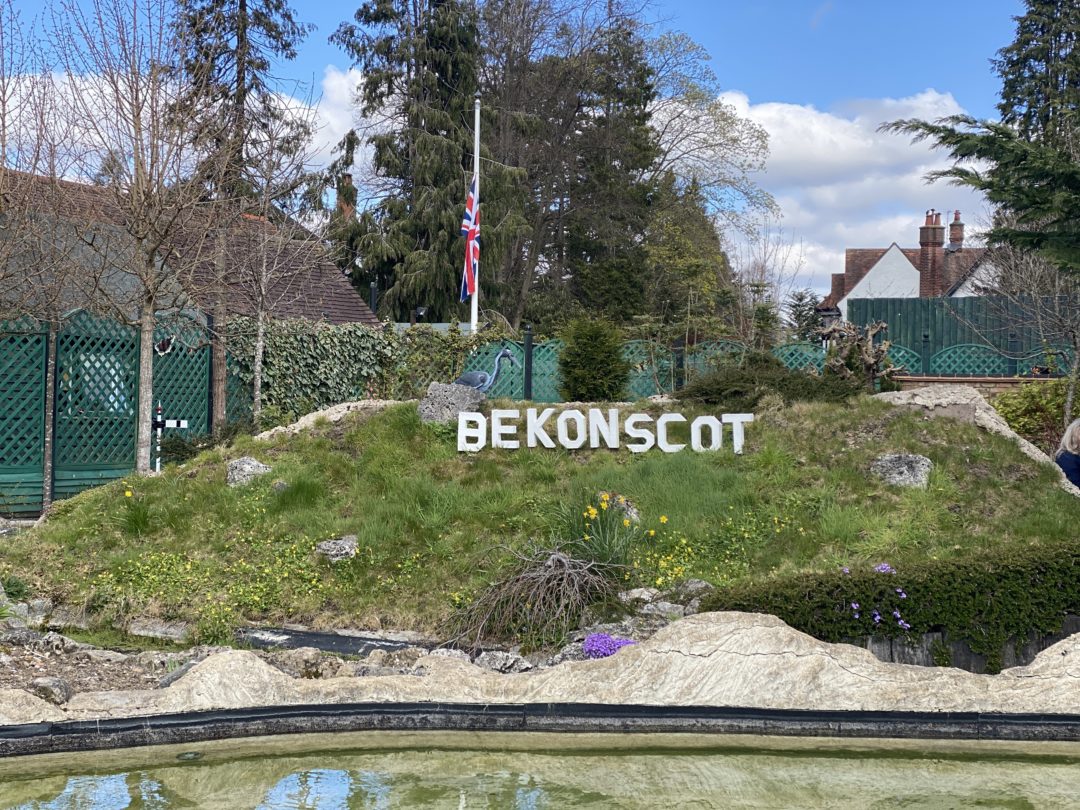 We are so excited to be able to plan family days out again. We have missed our days out and although we have been out every day, the walks began to get slightly boring. Even with our little pup adventure walks and bikes and scooters, it has been hard keeping the kids entertained. So what did we book for our first day out since places re-opened? We booked a slot at Bekonscot Model Village and Railway which is just 20 minutes away. It’s a place we visited when the kids were younger and we wanted to visit again before they got too old to enjoy it.

A trip to Bekonscot Model Village and Railway

Bekonscot Model Village is the world’s oldest and original model village, opening for the first time in 1929. The site also includes gardens, children’s play area and ride-on railway. You must pre-book your time slot due to current restrictions and follow a one way route round the model village.

Bekonscot Model Village is the world’s oldest and original model village. There used to be over 50 model villages but Bekonscot is one of the last surviving ones. It consists of 6 different villages and hamlets, all stuck in the 1930s. The model village covers 1.5 acres. 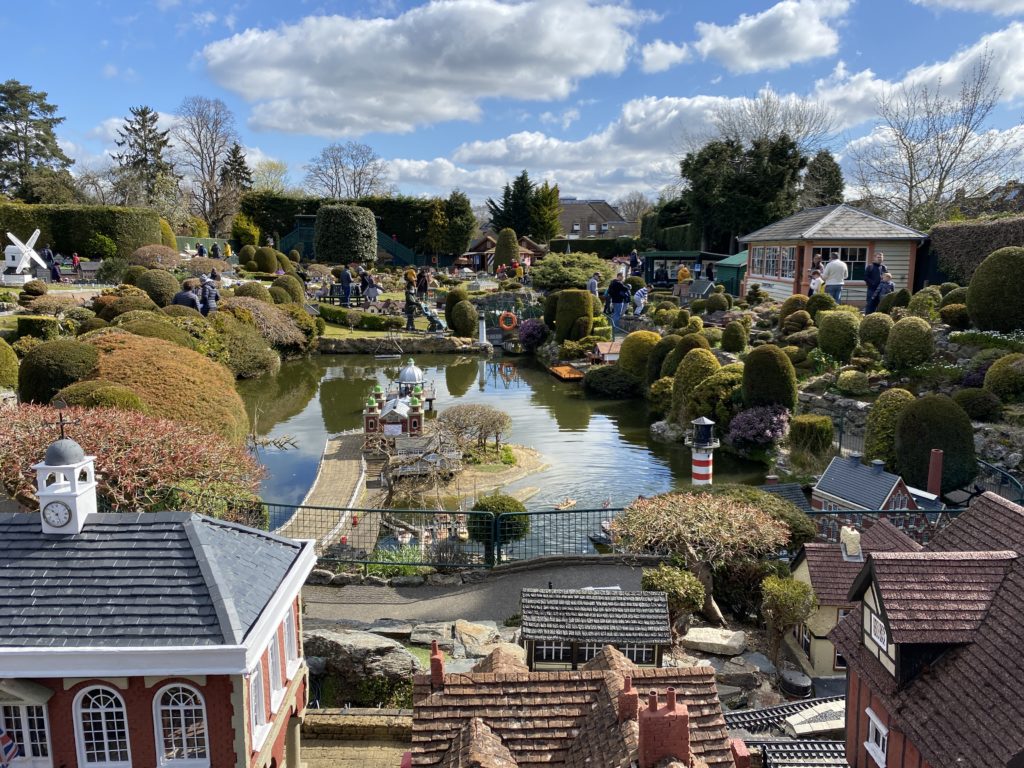 It’s a really fun place to explore with so many little details to look out for. The kids were given a quiz sheet to do as they went round, this included things to look out for as well as special Easter bunny decorations to find. 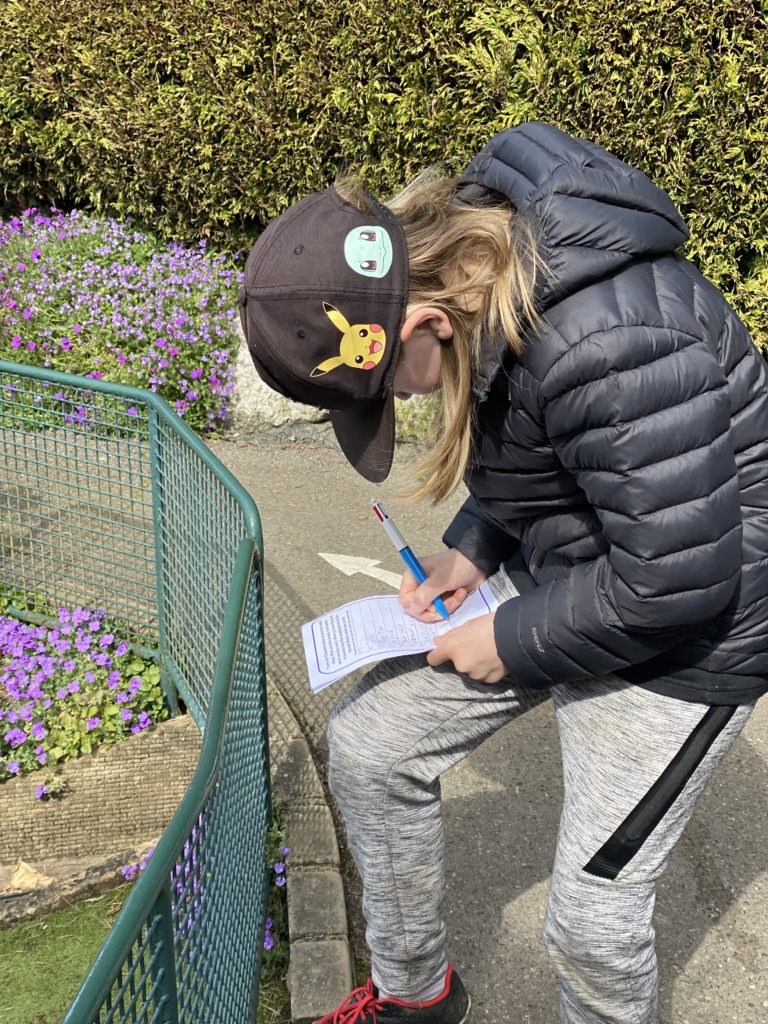 It was fun to see what we had remembered since our last visit a few years ago. The children both remembered more than we thought they would. We all had our favourite parts, mine has always been the mini archaeological dig which is going on. 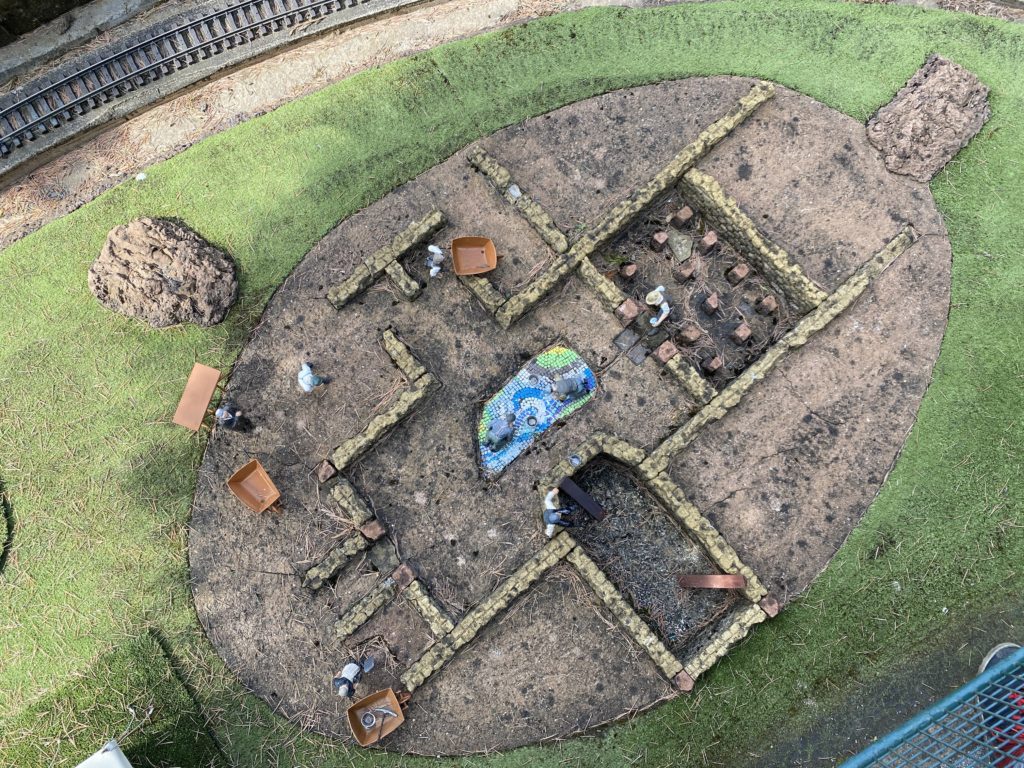 I love the fact it’s all set in the 1930s. It certainly feels very British with its games of cricket and the WI.

Around the site runs the Gauge 1 model railway. It is as old as the model village and is now one of the largest in the country. There is a full size signal box and lever frame which controls up to 12 trains at a time. We love the way it weaves around the whole site and it’s always fun to see a train run past when you least expect it to. 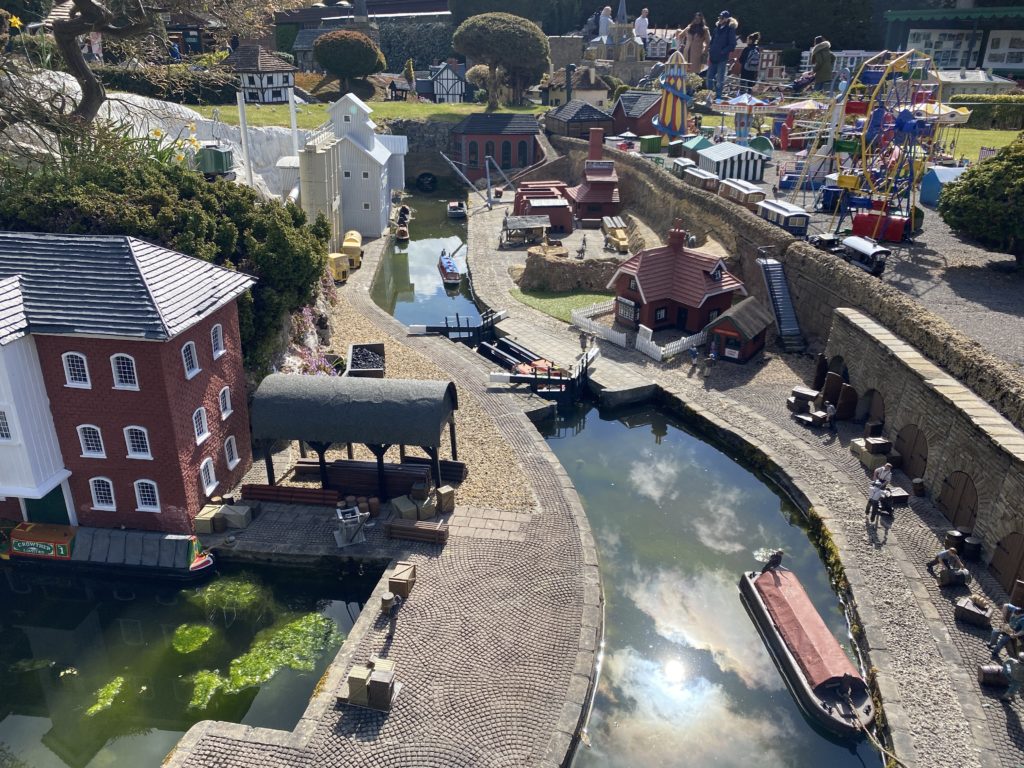 As well as the model railway there is also Bekonscot Light Railway which is a 7.25 inch narrow gauge railway. For an additional fee you can take a ride on the train around the garden at the back of the site.

As the sun was shining we enjoyed ice creams from the outdoors ice cream parlour. There is also a Tea Room and large picnic area. 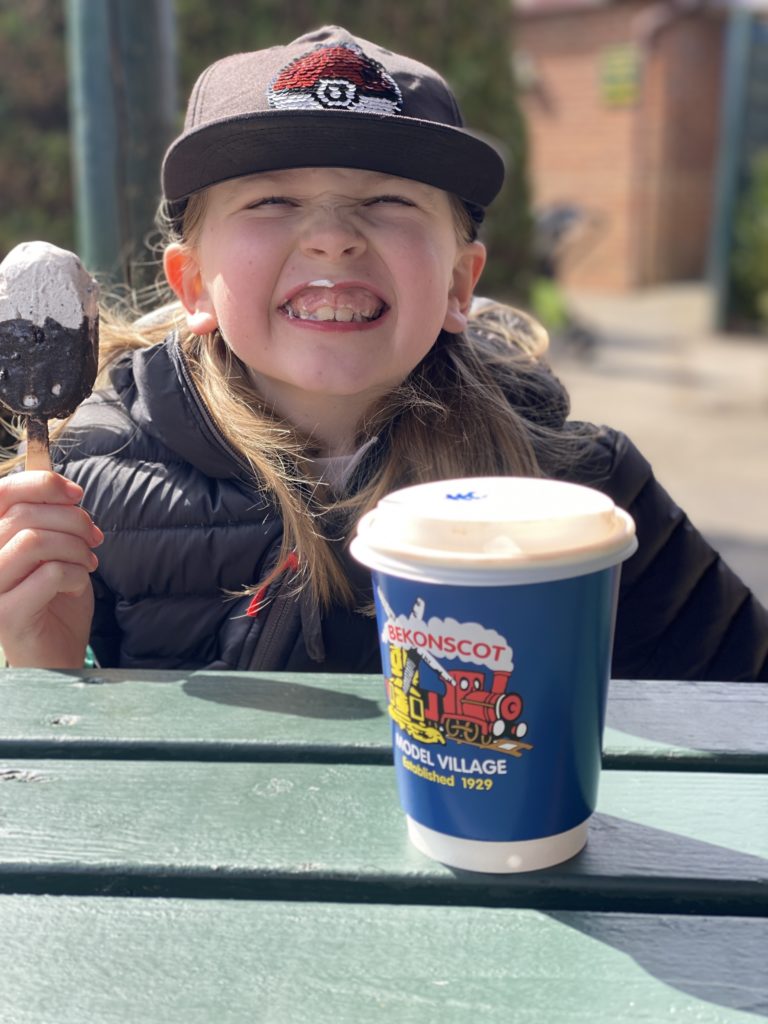 There is no car park for Bekonscot Model Village but you can park for free in the church car park opposite the entrance.

There is a small Gift Shop, toilets,  picnic areas, and a play area (currently closed).

Dogs are not allowed.

days out
2 Comments
By jenny