Christmas Elf on the Shelf

24 Elf on the Shelf ideas that work 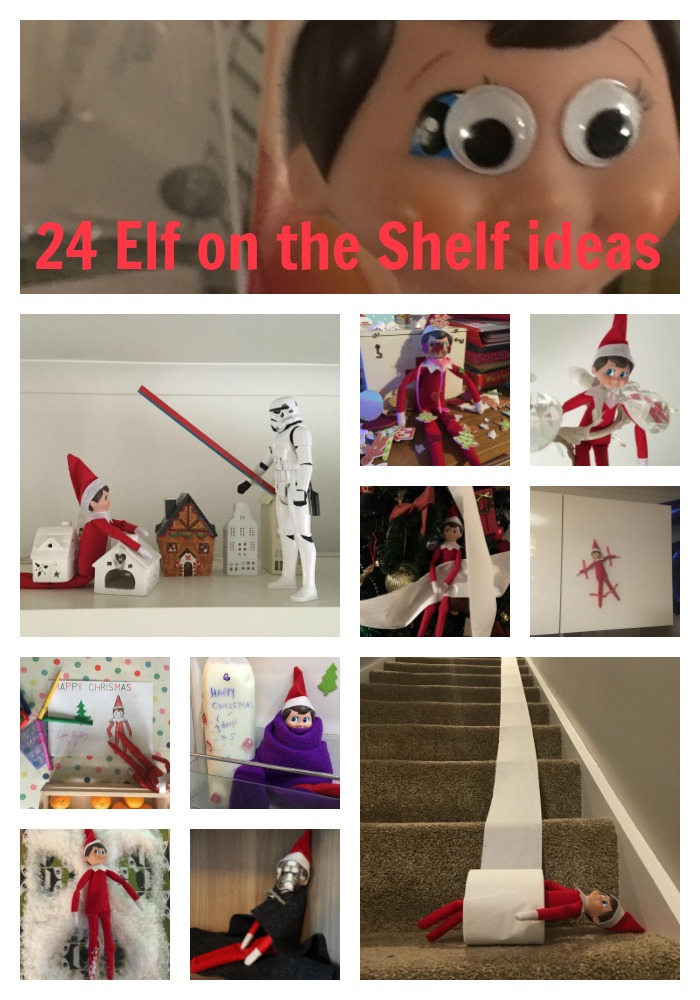 Apologies, this is going to be a picture heavy post. For the last few years we’ve been visited by an elf. He arrives on December 1st with our Advent crate and disappears on the 24th, leaving us a Christmas Eve crate.

I see a lot of negative press about Elf on the Shelf and I’m not really sure why. He is not there to shock the children into behaving. In fact he’s a little silly and tries to do something different every day to make them smile. My children are 5 and 6 so I’m not sure how long they will believe the Elf is real. I’m hoping they’ll always believe in the magic of Christmas, and if a silly little Elf is part of that so so what.

This year I tried to be organised with my Elf activities. I started a secret Elf on the Shelf Pinterest board and started pinning ideas I liked. This made it easy to find something every evening when I wanted to move him for the next day!

Today I’m sharing our 24 Elf on the Shelf ideas. Hopefully they will provide some inspiration, whilst serving as a reminder for me of things he has already done.

24 Elf on the Shelf ideas that work

The first day our Elf arrived and the children found him taped to the door of our tv unit. I used washi tape which wasn’t really strong enough so there were a few times I had to stick him back in place. Eventually I gave up and explained that he wanted to come down! 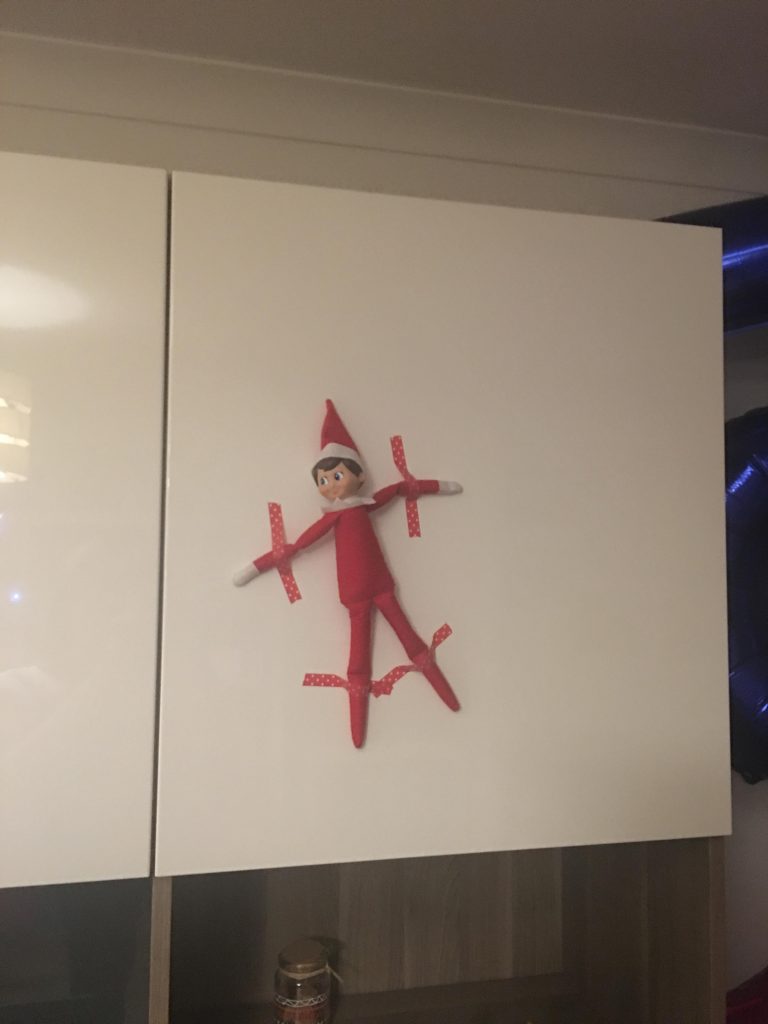 Our Elf was bored of being downstairs. One morning we found him playing on the stairs! 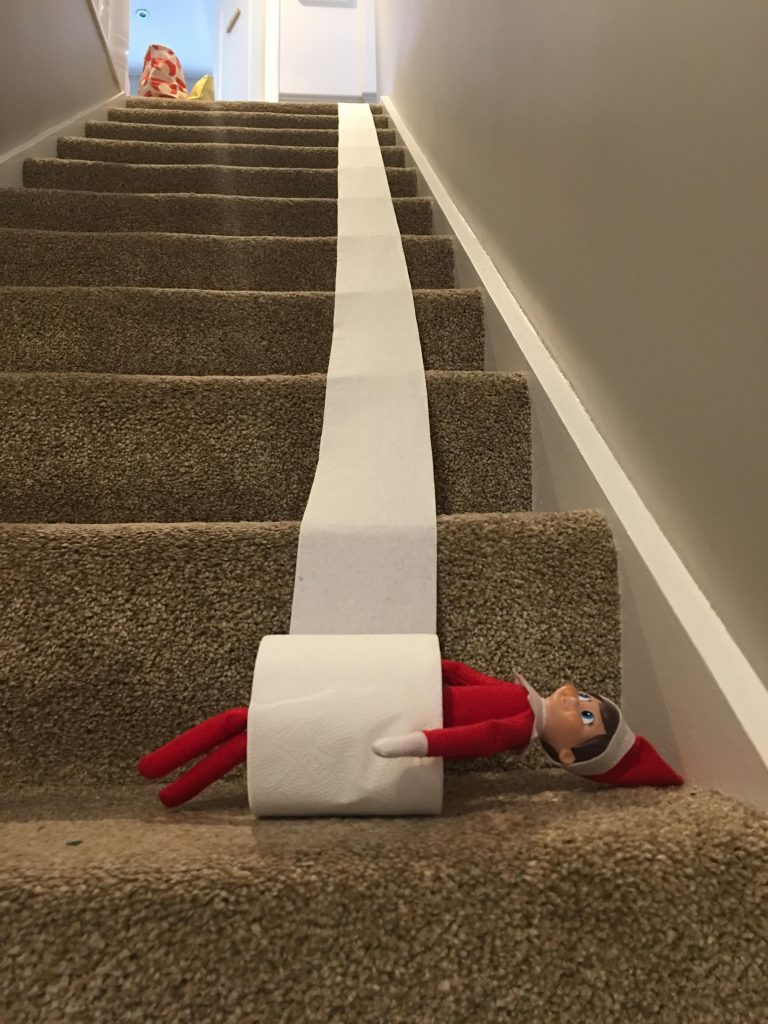 He liked being up high, this time we found him hanging from the ceiling lights. 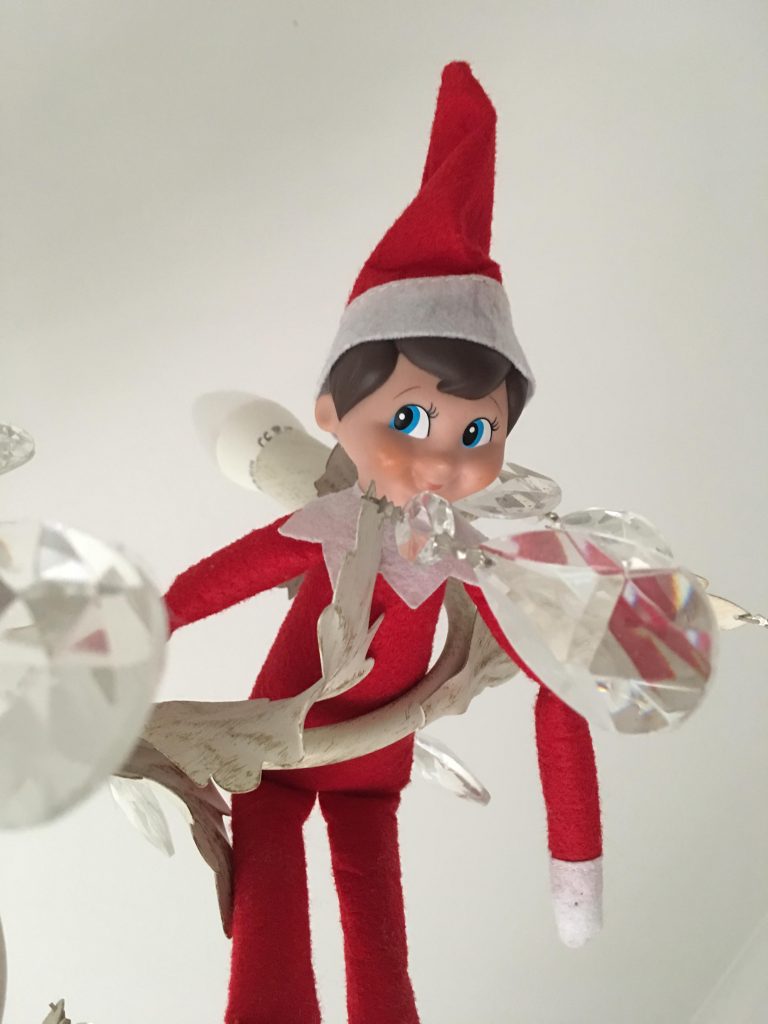 One time we even found him hanging off the top of the Christmas tree. 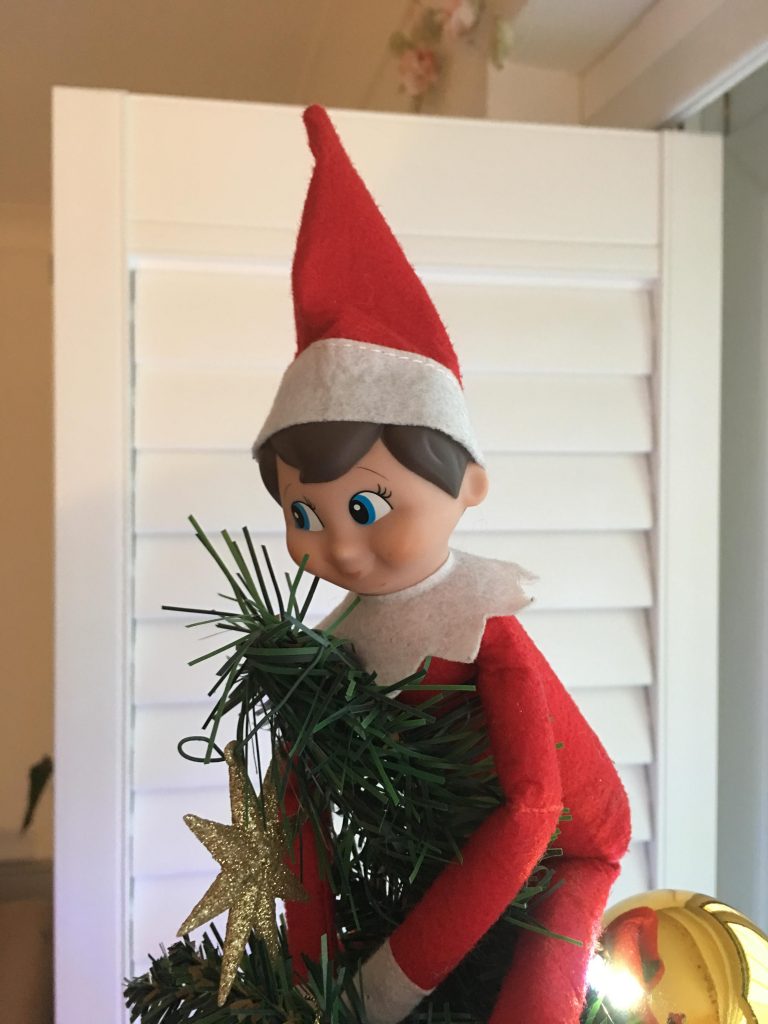 He hid himself in a glass bowl of decorations, perhaps he was trying to hide. 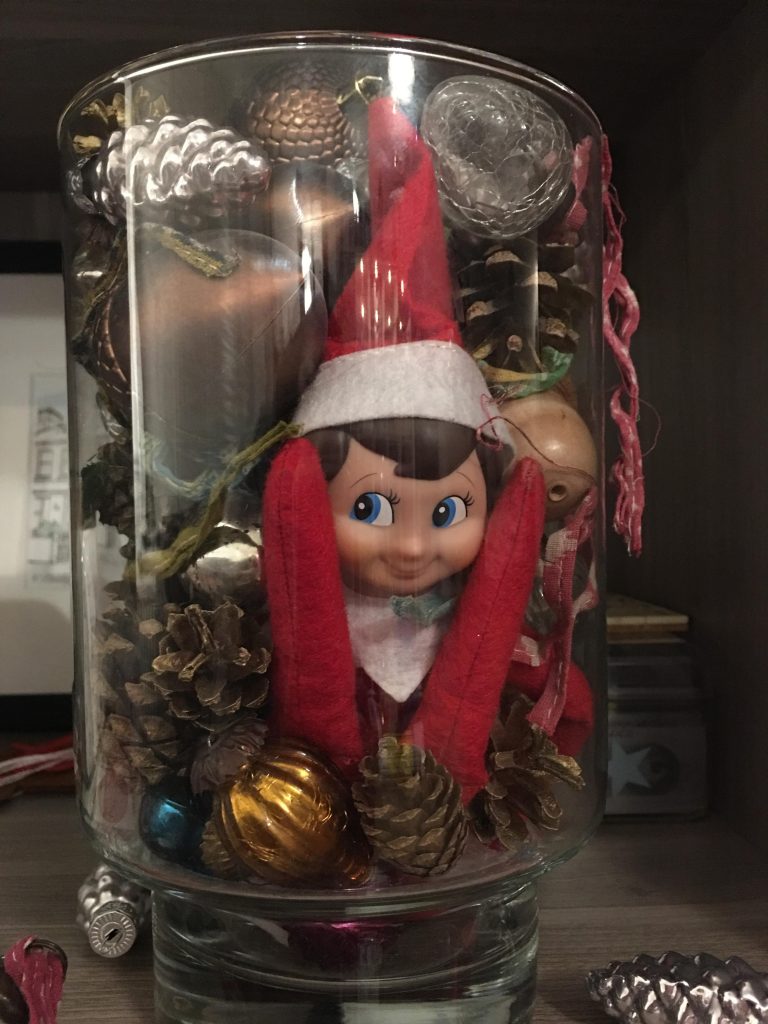 He changed the words on our light box to leave the children a message. 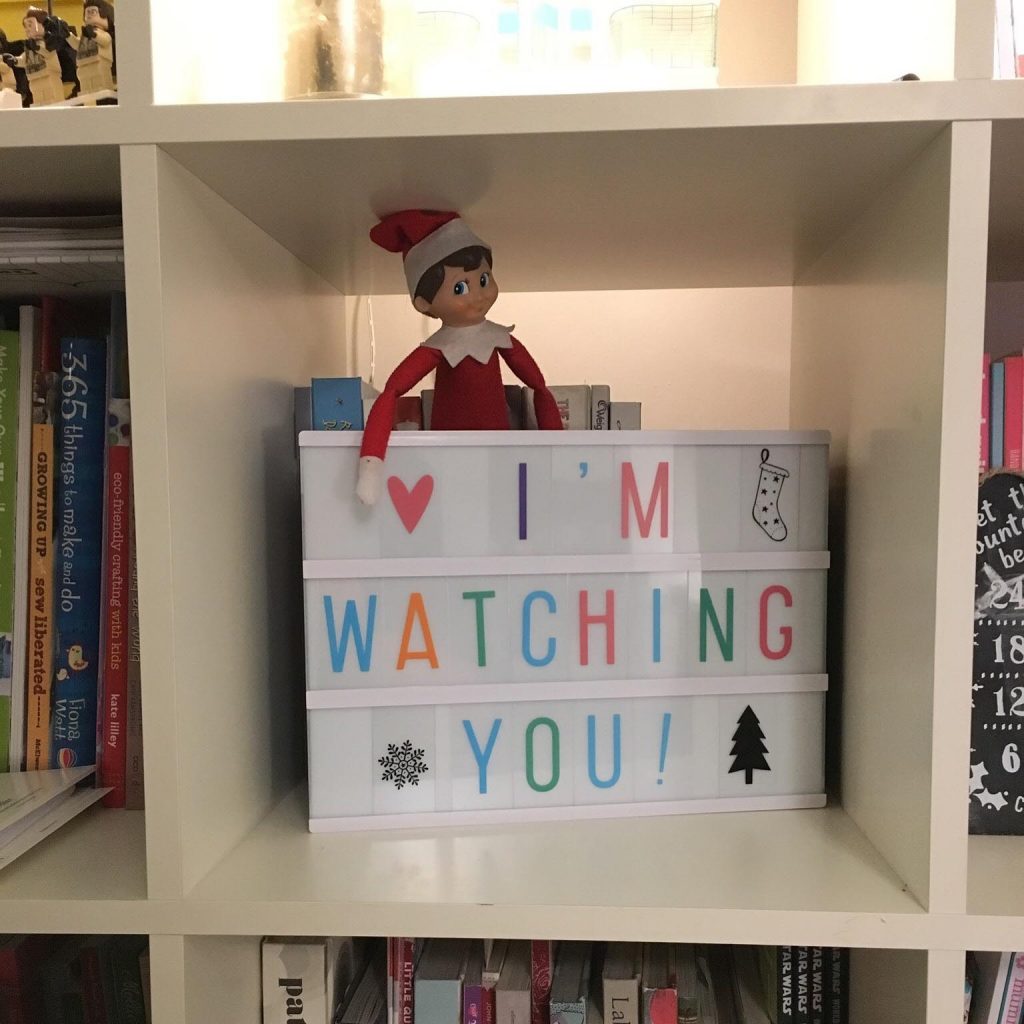 One morning we caught him having a fight with a Stormtrooper. I’m not sure my 6 year year old was very impressed with the lightsabre…. 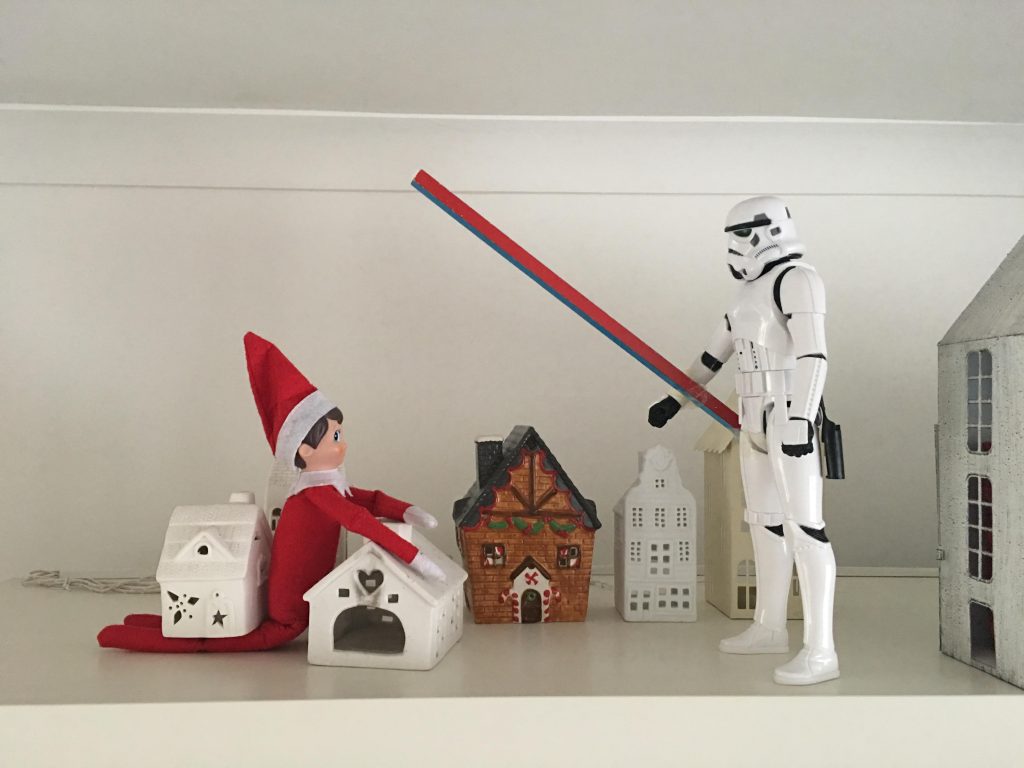 I loved the snow angels the Elf made one morning. This was easy to set up with a tray and a bag of fake snow. 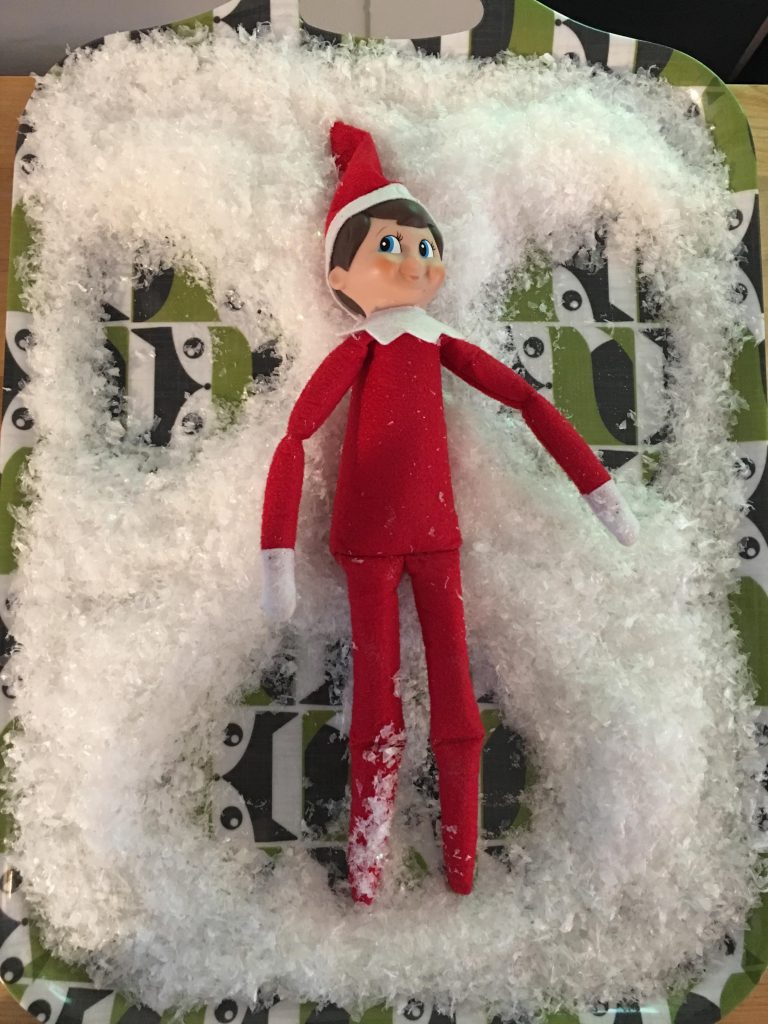 There was one day I ran out of ideas and placed our Elf next the one my 5 year old painted. 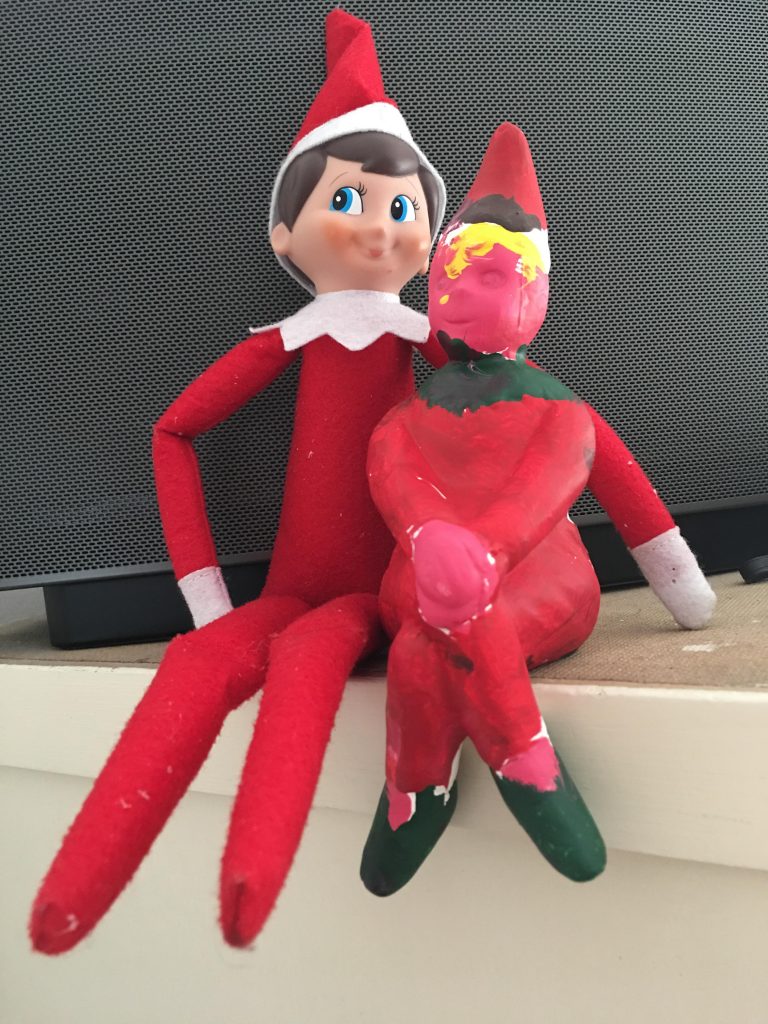 One morning he was found hanging from my little display space, his washing below him. 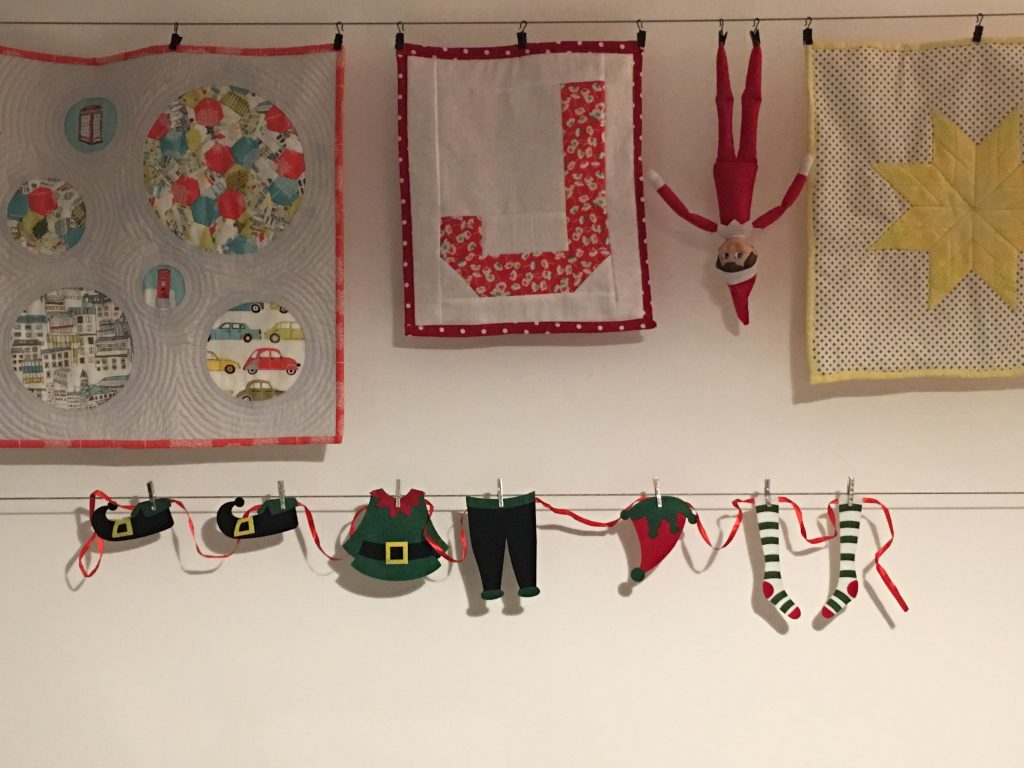 Somehow he squeezed himself into a jar so he could be carried around for the day. He left a note which said: “I have placed myself in this tight spot so you can move me around for the day. Don’t open the lid or I will fall out and lose my magic. I can’t wait to see what you show me today!” 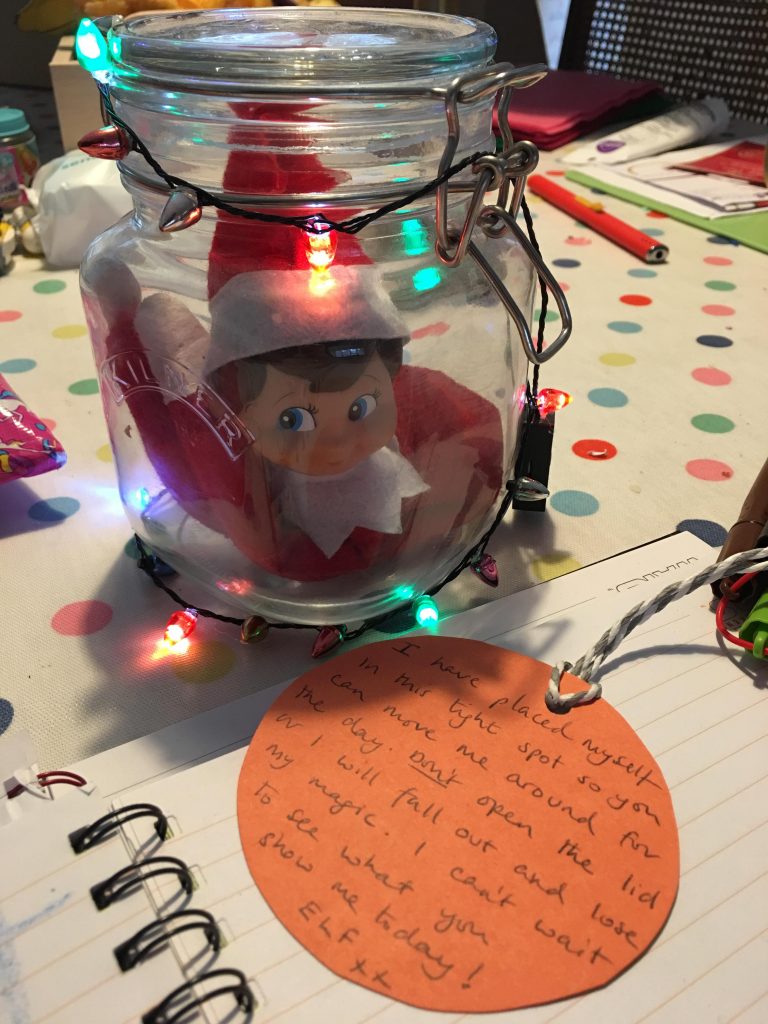 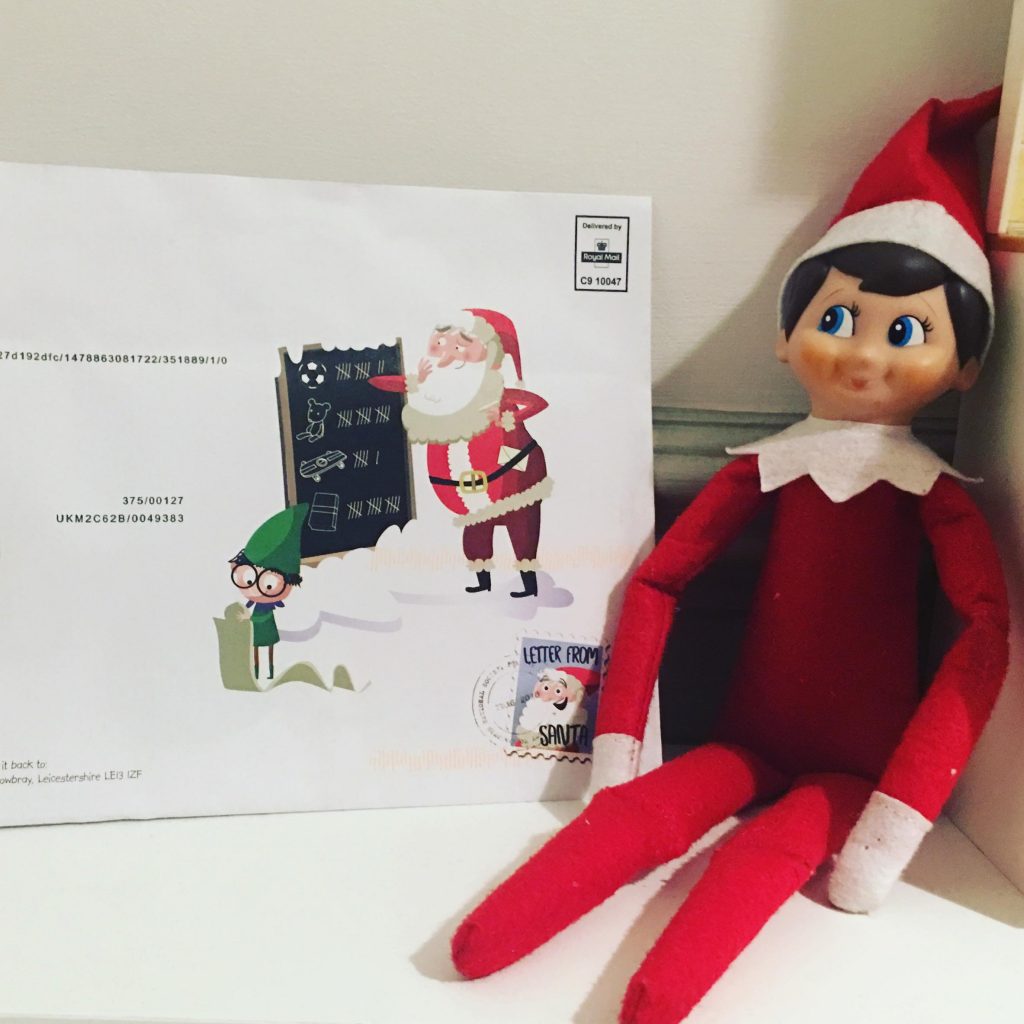 One morning it took the children a while to find the Elf as he was hiding in the Christmas tree, then they noticed it had been decorated with toilet roll too! 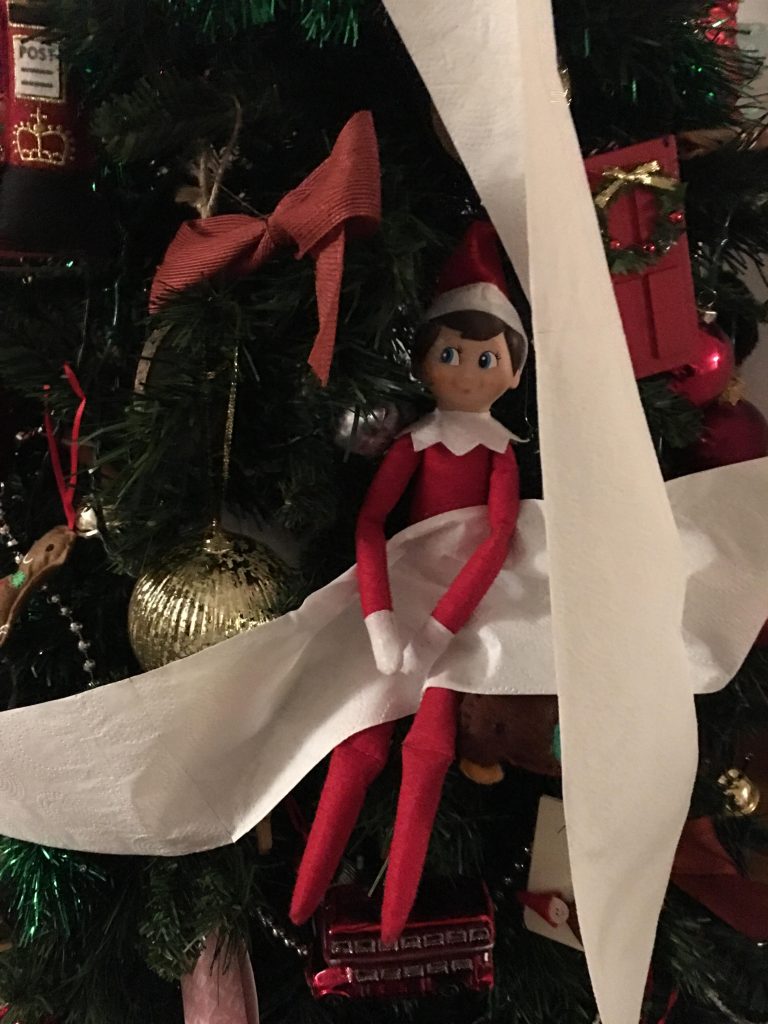 One day when I was struck down with flu my husband had to come up with something. He left Buddy the Elf on the table surrounded by the children’s colouring pens. He had drawn a picture of himself and left them a message. 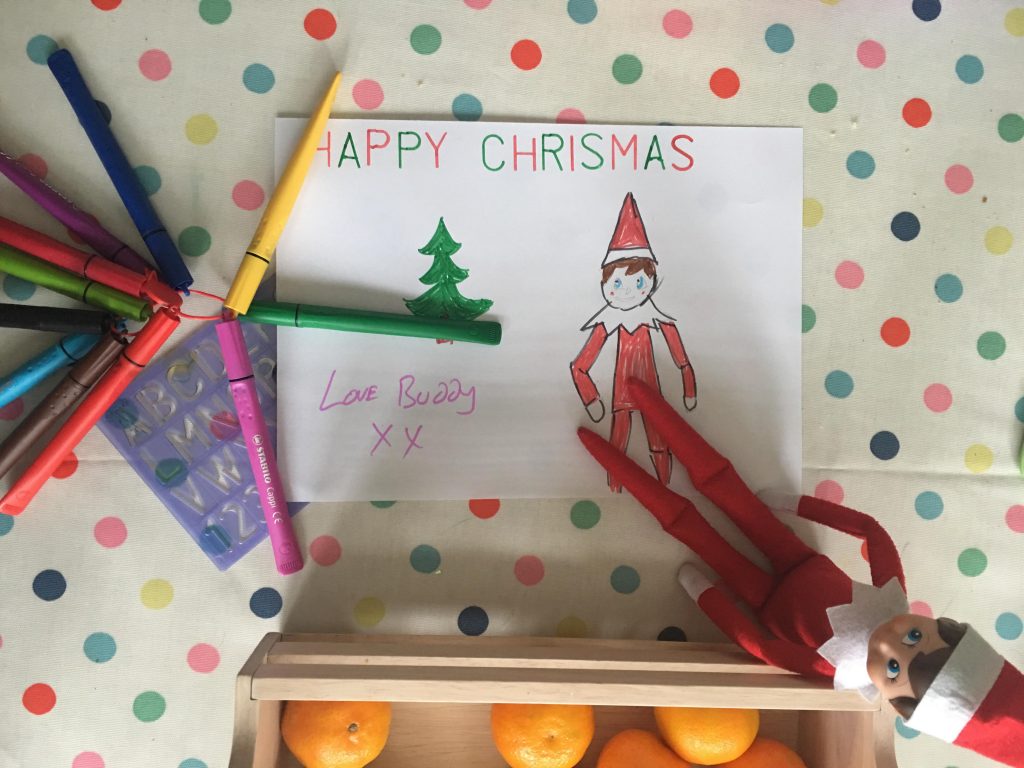 He loved being in the living room, so he could keep an eye on the children. One day we found him in the kitchen, or more specifically the fridge. My 6 year old was taking a packed lunch and the cheeky Elf had wrapped it up for him – in wrapping paper! 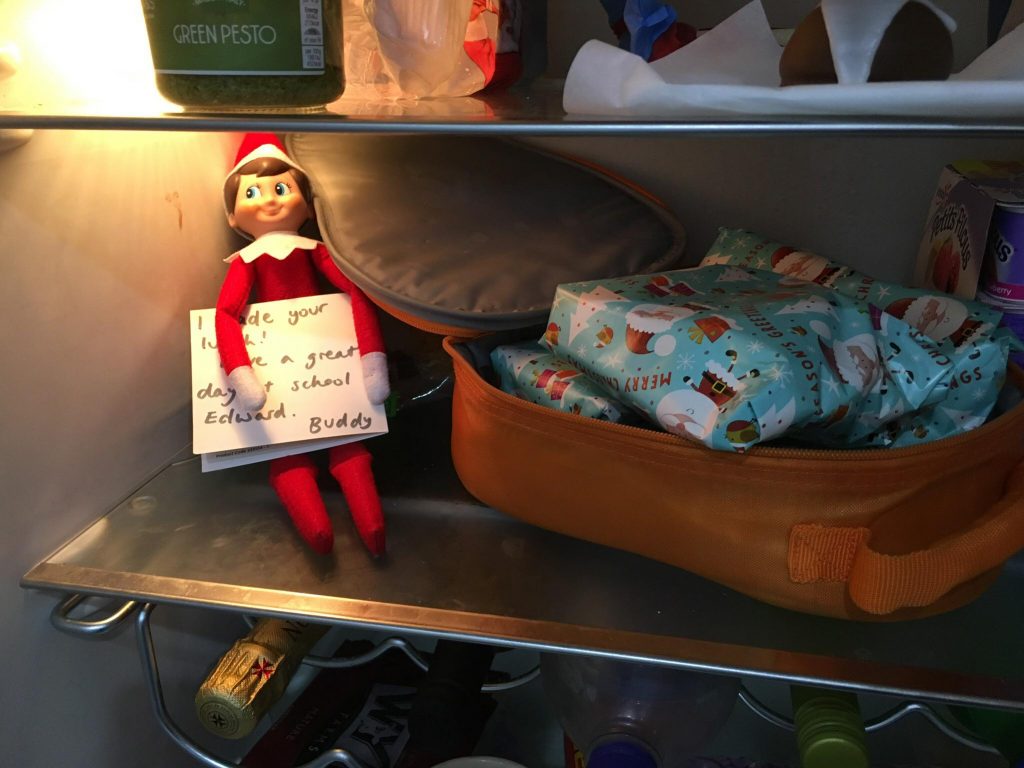 One another day he brought PNP gifts for the children, their own video messages from Santa which we keep watching again, and again. 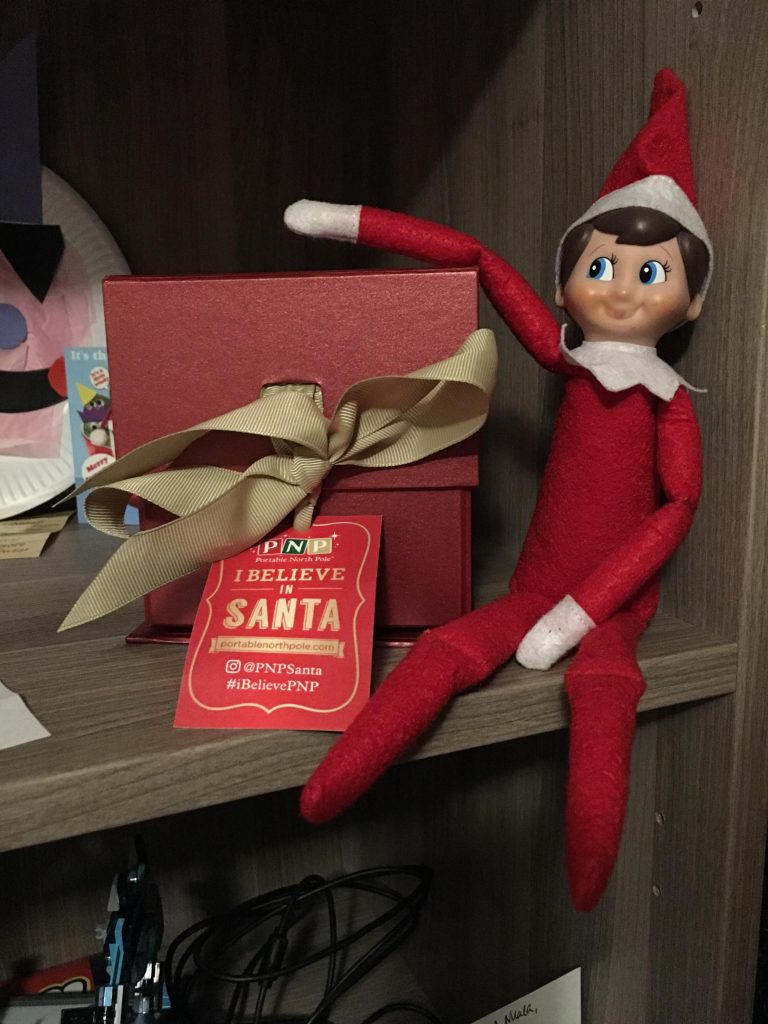 Simple but fun were the googly eyes which the Elf added to our picture wall. The children thought this was hilarious and it was so simple to do! 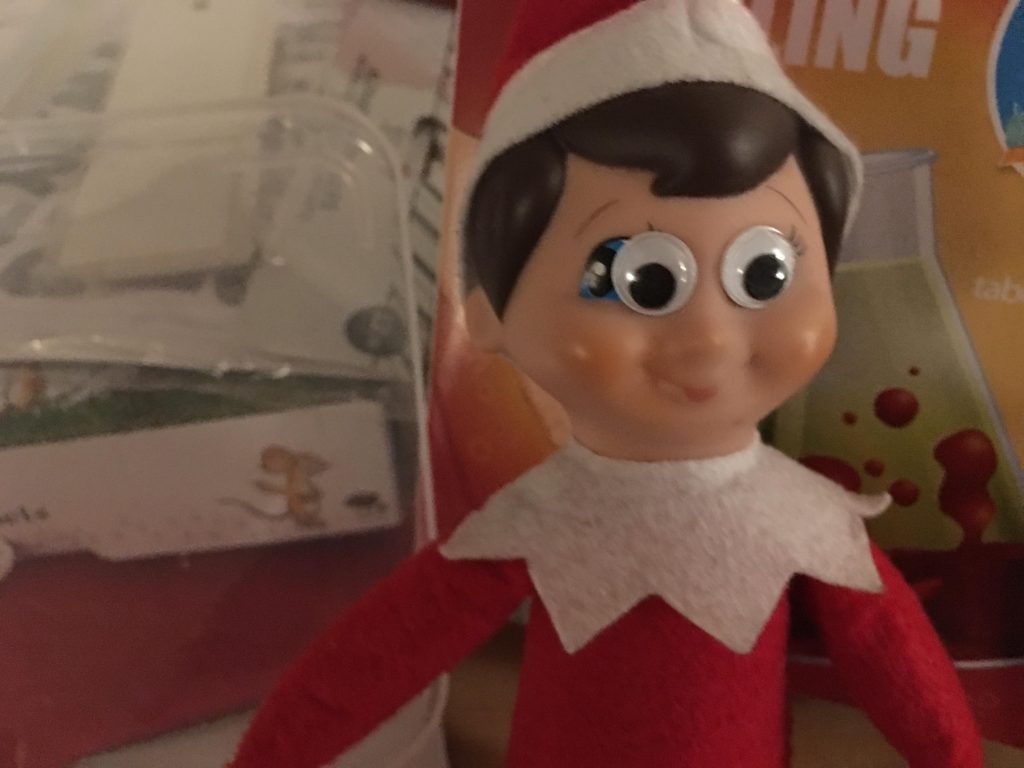 A little trickier was the slide made from a cardboard tube and some string. It worked, kinda. 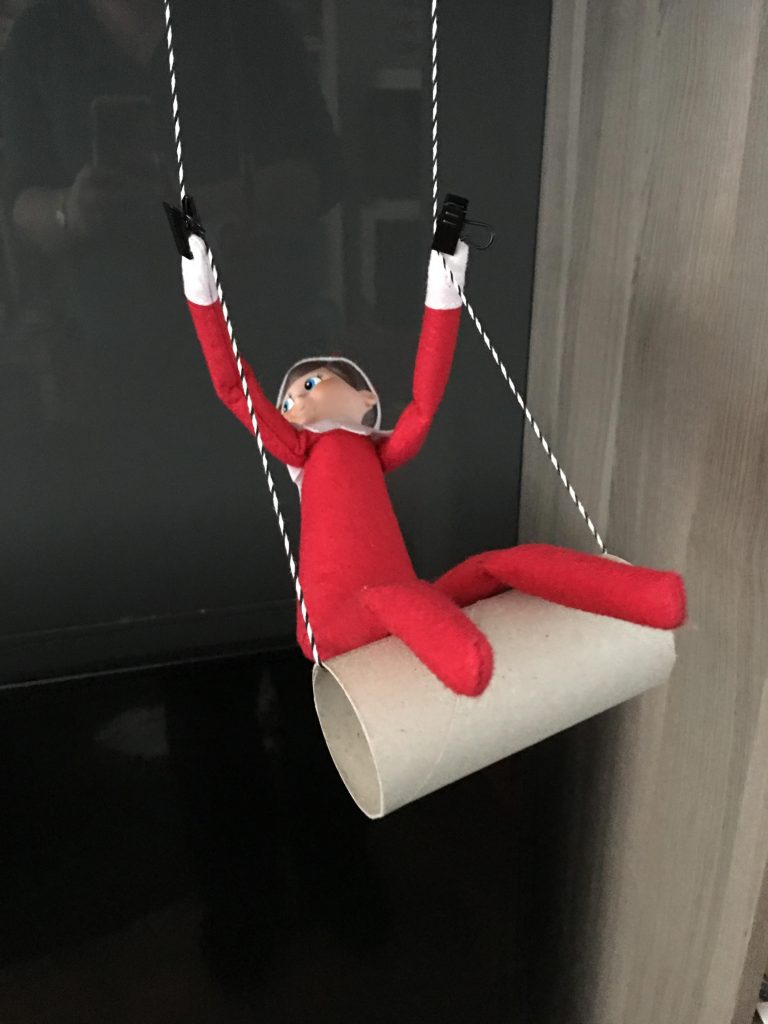 One of my favourite was the day we found the Elf covered in stickers. My 5 year old loves stickers but I think she saw the funny side of this one. 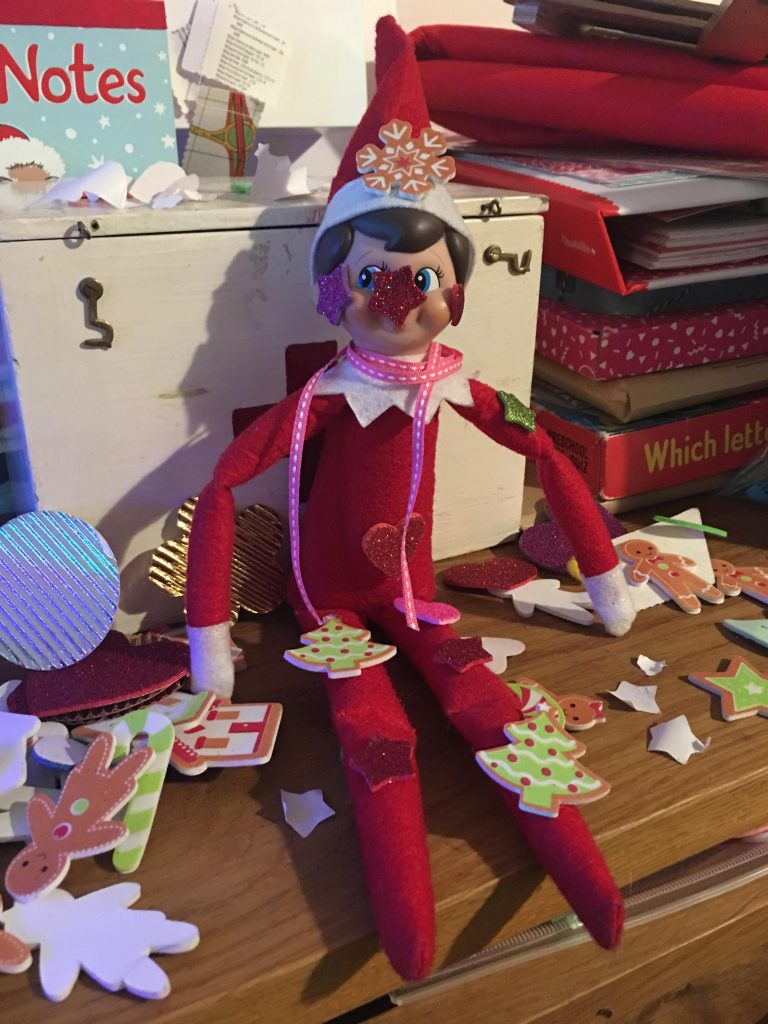 Most activities were simple but one day the Elf hid chocolate coins around the house. The children enjoyed looking for the chocolate coins, and even found some in their school shoes! 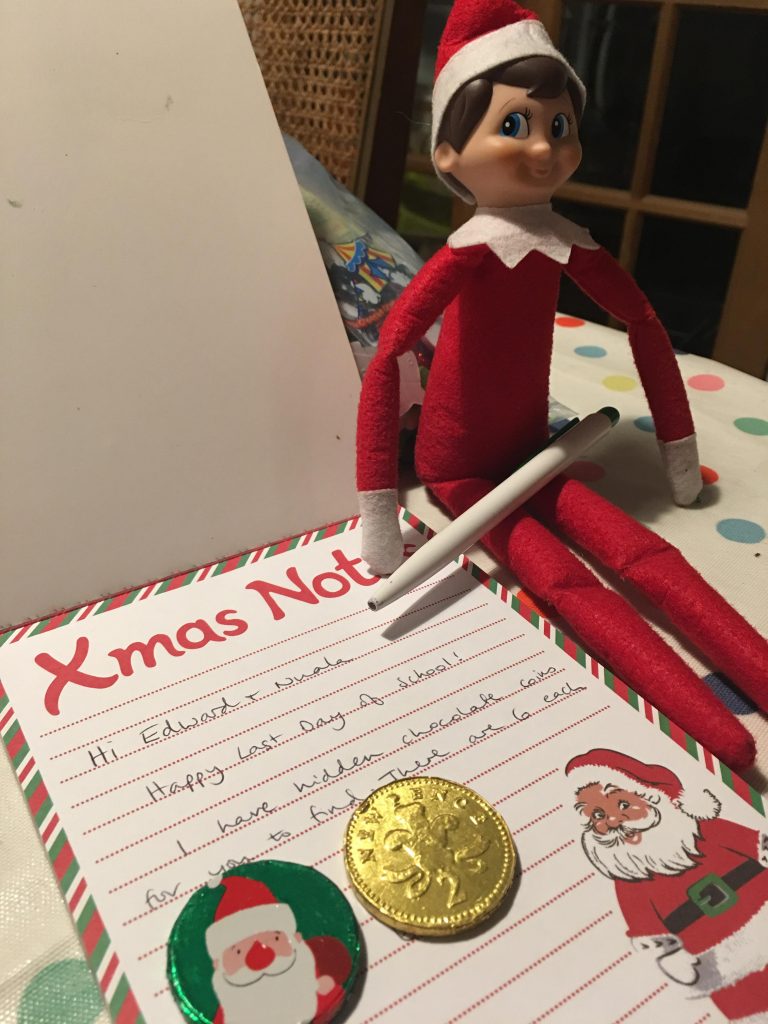 One morning Buddy was found in the fridge (again!). This time he was wrapped up in a scarf to keep warm. He had decorated the milk bottle and a bit of the fridge too. 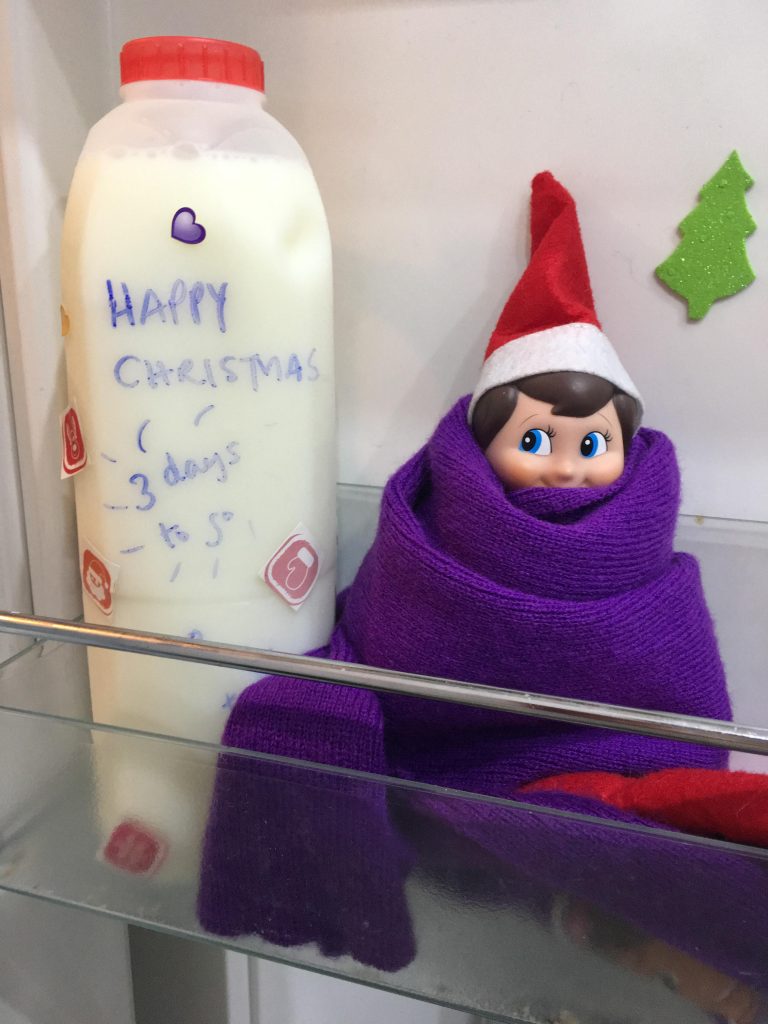 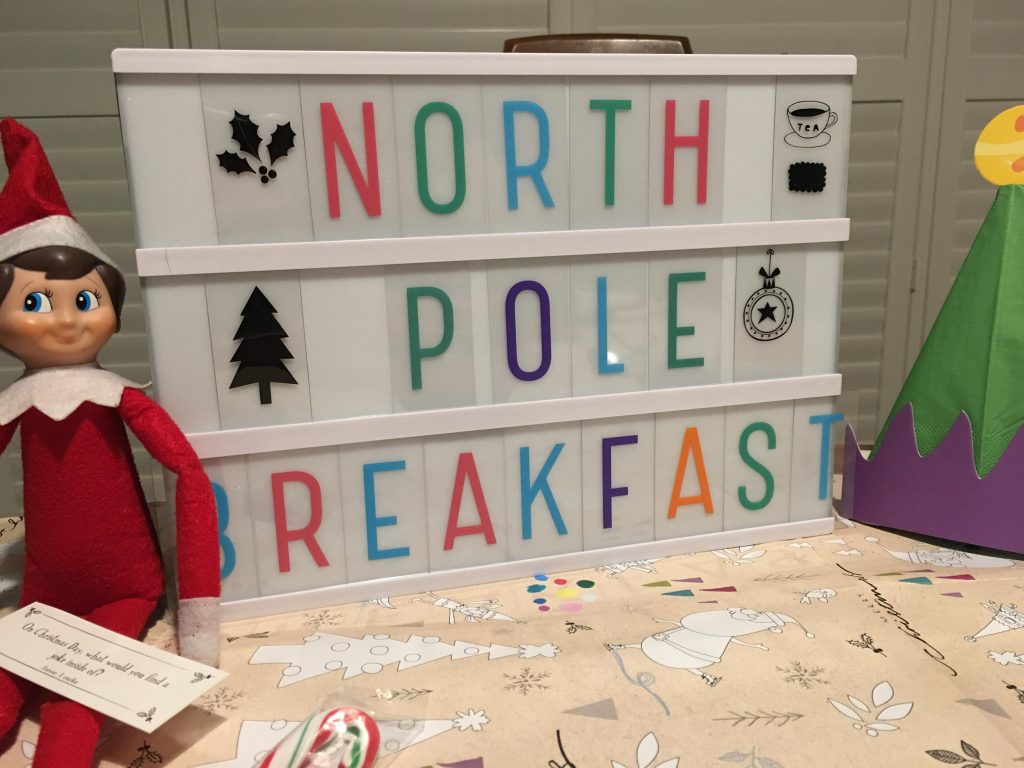 Our Elf clearly had a sweet tooth like us. One morning we caught him toasting marshmallows over a candle flame. 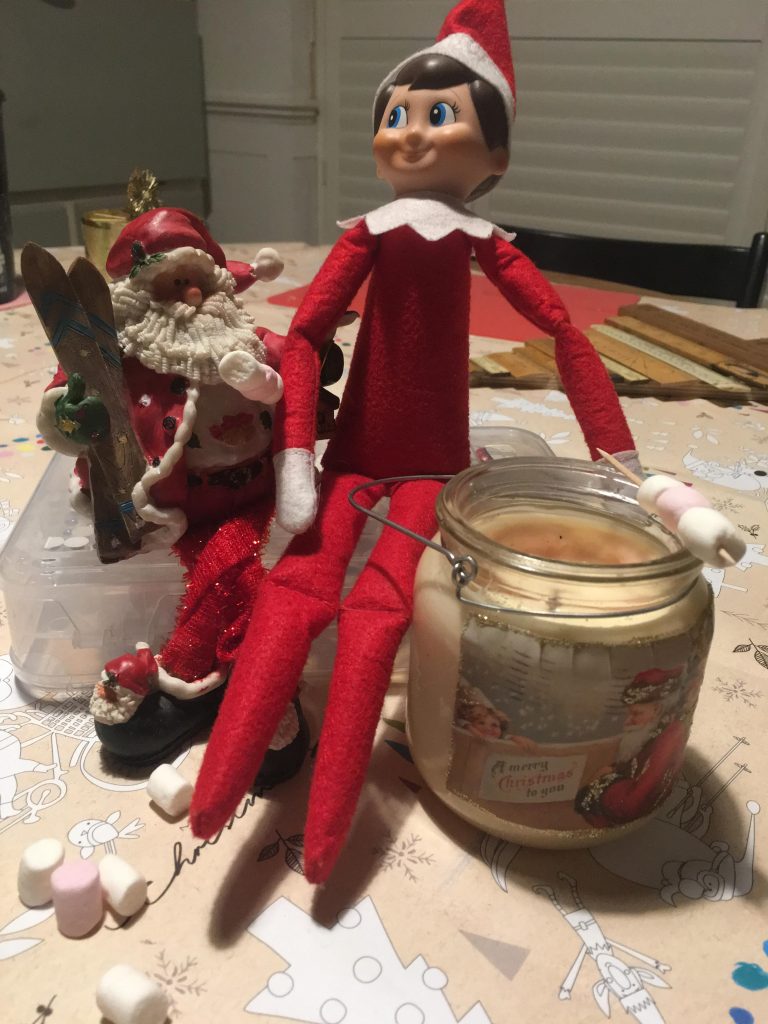 My son is a fan of Star Wars so I thought he would like this one – our Elf was found wearing a Captain Phasma mask. 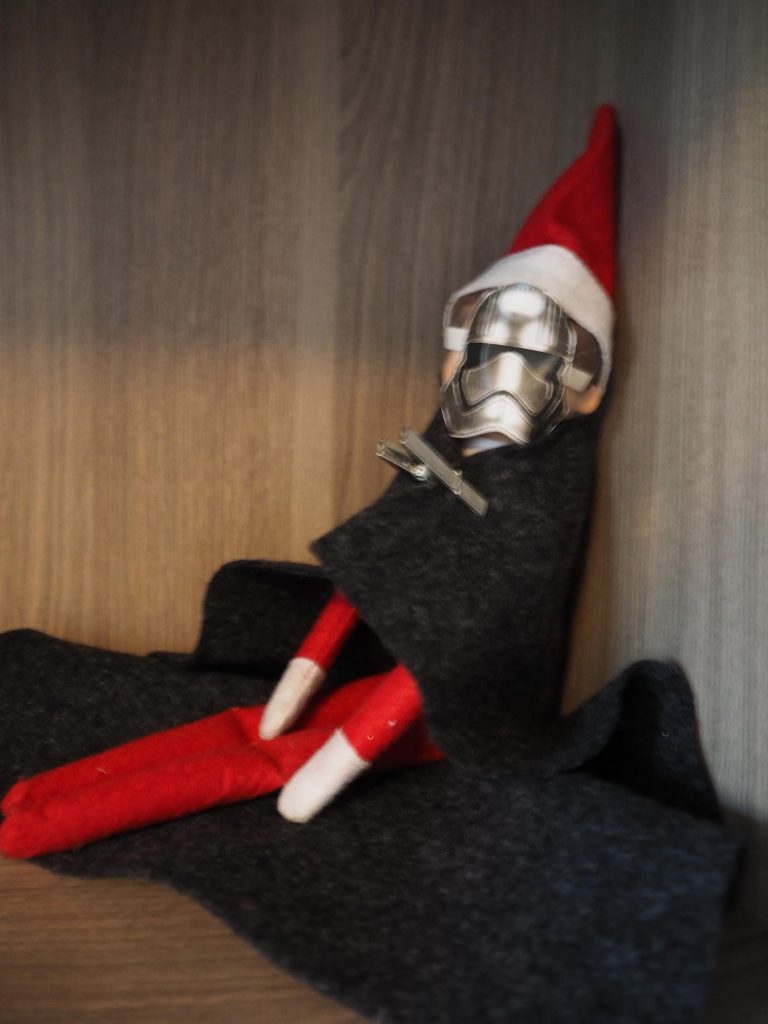 The final activity was the Elf bringing our Christmas Eve box on Christmas Eve. The arrival of a box of treats always takes the children’s minds off the fact our Elf is going away for another year. I can’t wait to see what he gets up to in 2017. 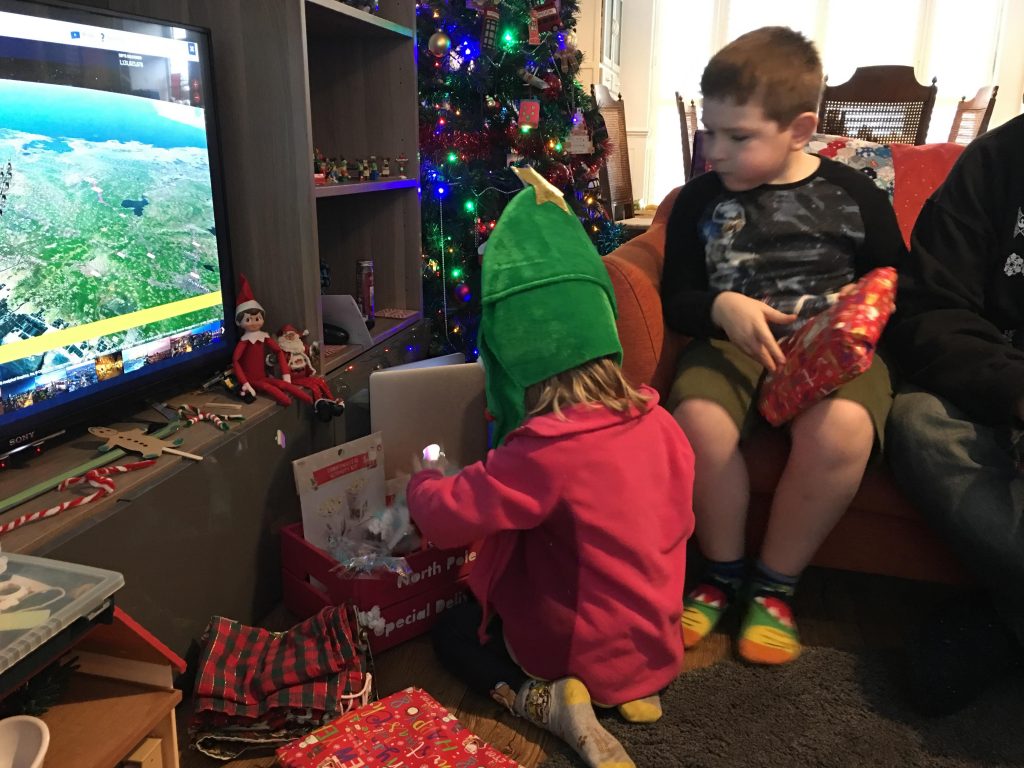 ChristmasElf on the Shelf
8 Comments
By jenny