Elf on the Shelf 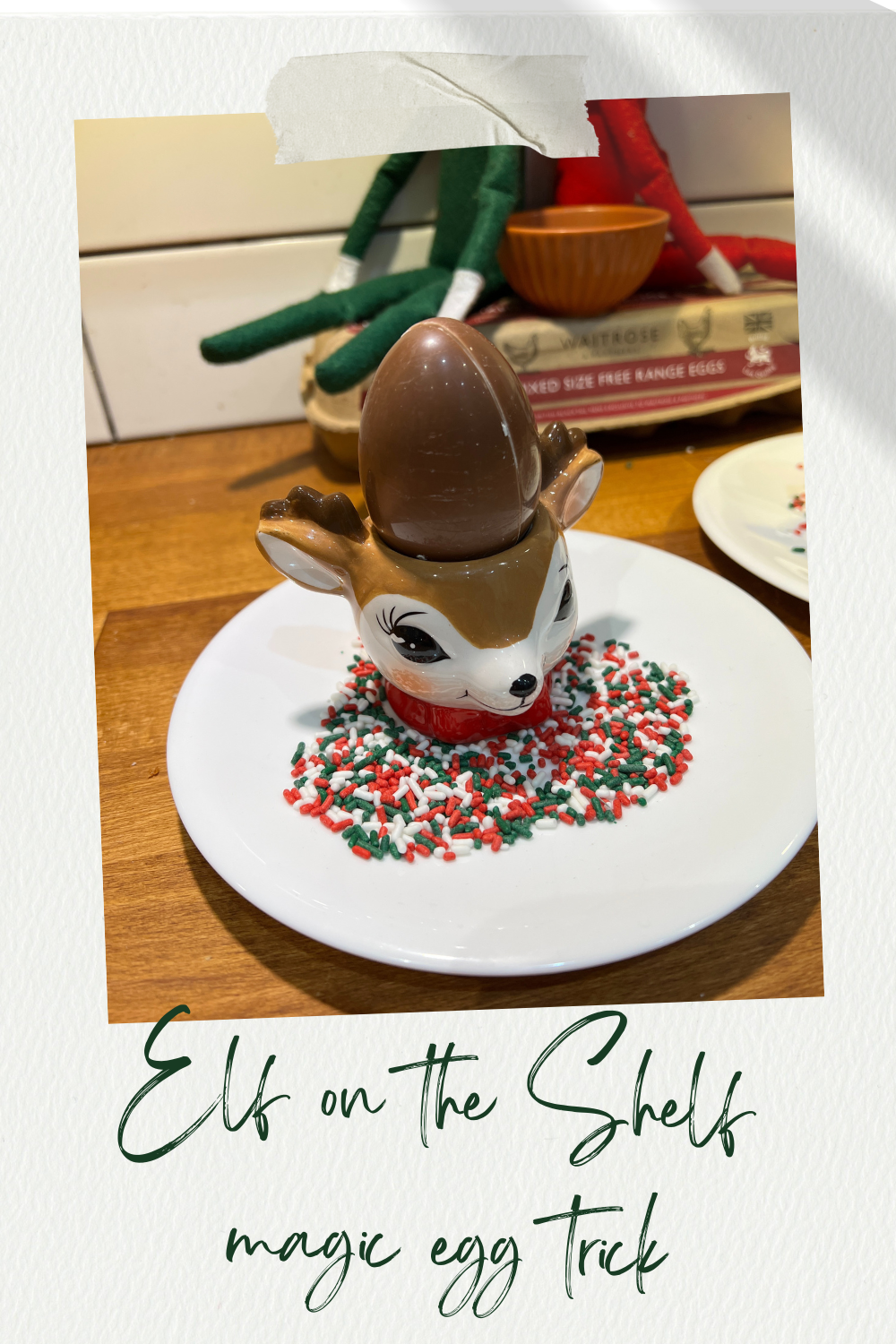 It’s funny to think that we only introduced our children to Elf on the Shelf 5 years ago in 2016. It’s a really fun tradition and definitely helps make the run up to Christmas day go quickly.

What is Elf on the Shelf?

In case you haven’t heard of this tradition, it was started by Carol Aebersold and her twin daughters, Chanda Bell and Christa Pitts. We bought our Elf on the Shelf kit from Amazon, and it consists of the Elf on the Shelf: A Christmas Tradition book and your very own Scout Elf.

The story goes that Santa’s Scout Elves fly to the North Pole each night of December to report to Santa if your children has been behaving (or misbehaving). The elves then fly back and hide in a new spot for the children to find next morning. Typically, Scout Elves love to hide in sneaky spots around the house and sometimes they like to stir up mischief throughout the house the night before.

Elf on the Shelf antics

Fast forward and we’ve had five years of elf antics. Like many other parents I’ve joined Facebook groups and searched Pinterest for ideas. My children love seeing their elves each morning. Oh yes, I invested in a second elf so they both had one!

This year I managed to find some new adventures for the elves. I actually think it is easier with two, as they can often do things together. My stash of elf props just gets bigger and bigger but most things can be done with little or every day household items.

New for us this year was the Elf on the Shelf magic egg trick. I saw this shared in a Facebook group and thought I would try it. My children are 10 and 11 and my 10 year old still very much believes in the magic of her elf.

All you need is an egg, sprinkles, and a chocolate egg (we used kinder eggs).

We set up our elves with eggs in egg cups and a cup of magic colourful sprinkles, along with a note about taking part in a Christmas science experiment. 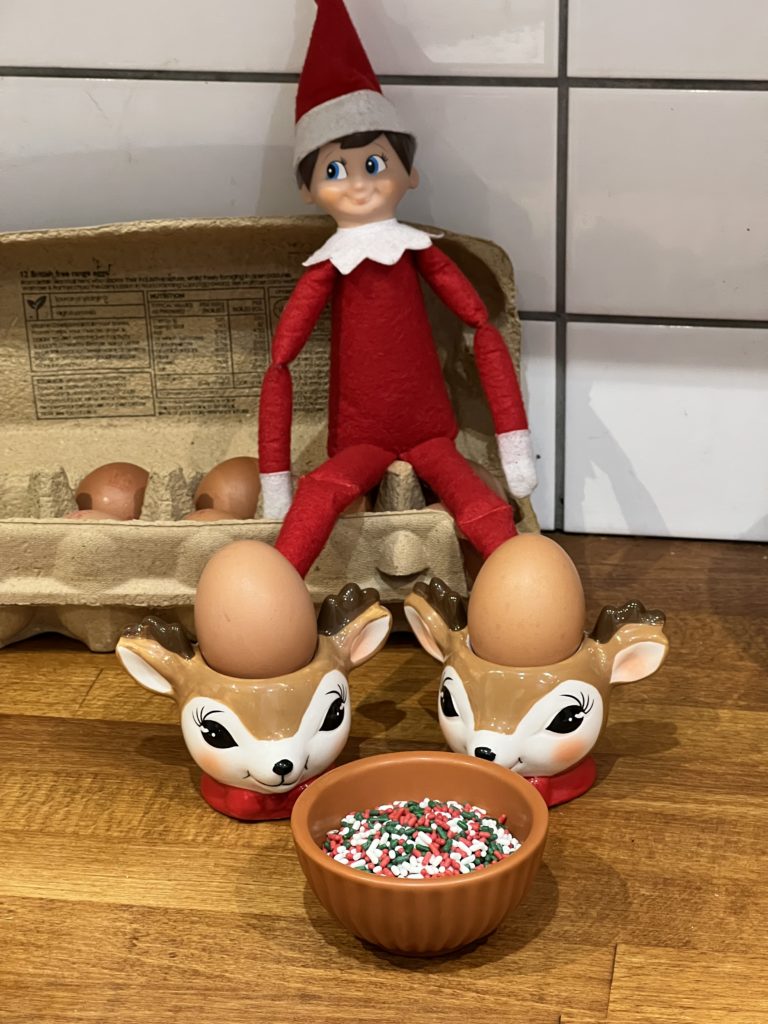 We added a little note with the Elf on the Shelf magic egg trick instructions, asking them to add the sprinkles to each egg and waiting 1 sleep to see what happened. 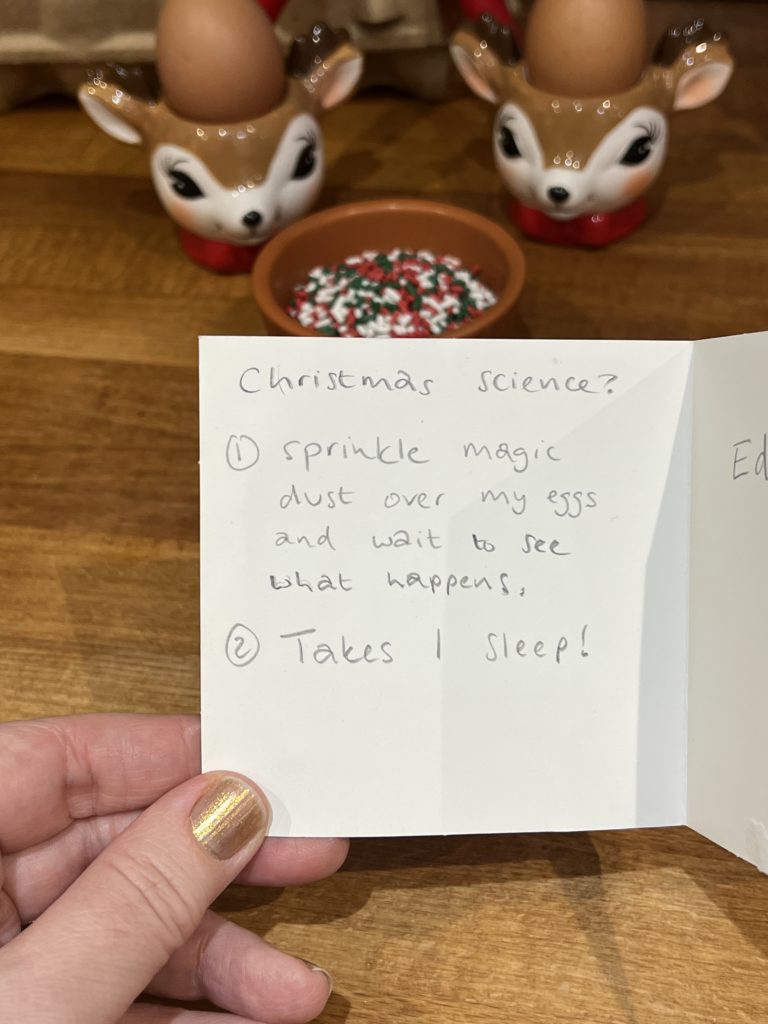 The next morning the eggs had magically turned into chocolate eggs! 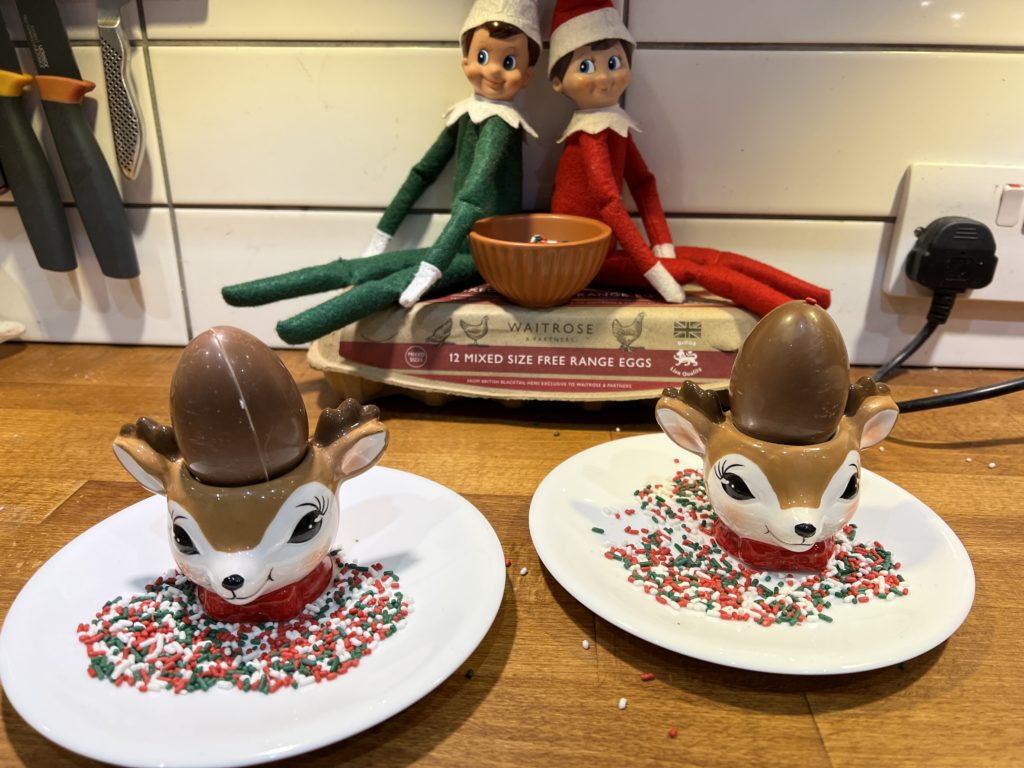 It really made my children giggle, and of course they each got a chocolate egg to much for breakfast!

Let me know if you try it!

You may be interested in some of our other Elf on the Shelf activities:

How to make an Elf isolation house