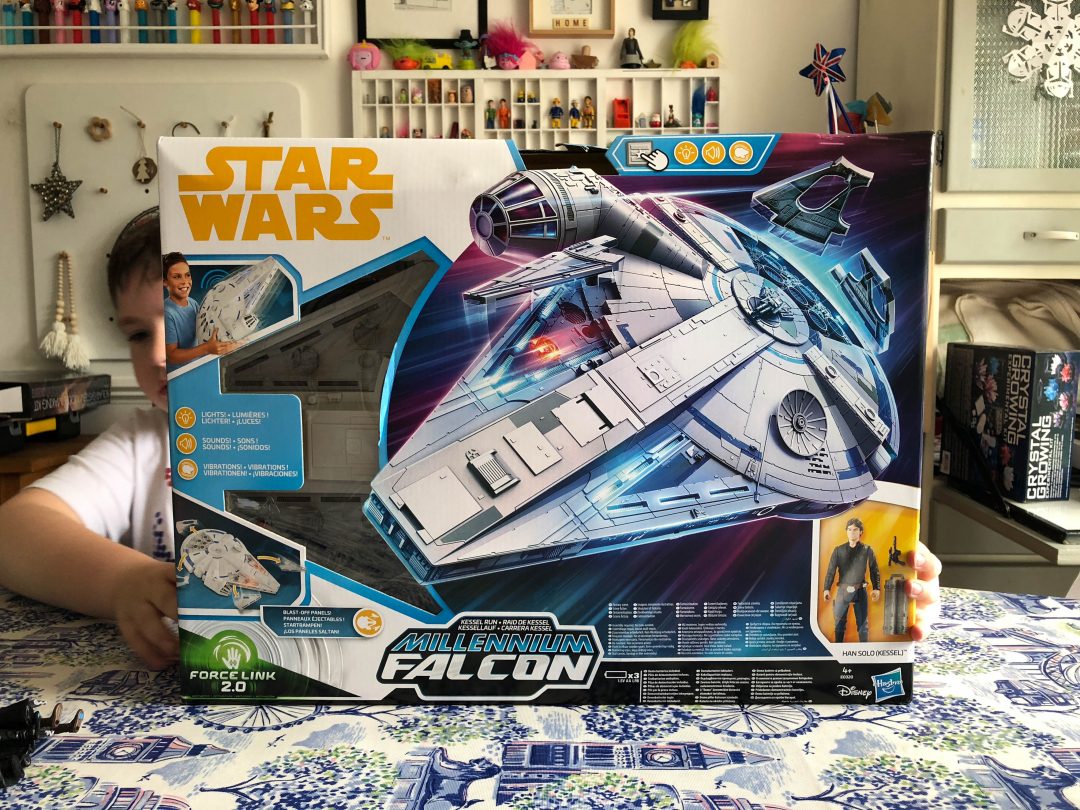 Have you watched Solo: A Star Wars Story yet?

The idea behind Solo: A Star Wars Story is that through a series of daring escapades, young Han Solo meets his future co-pilot Chewbacca and encounters the notorious gambler Lando Calrissian. We had a rare date night and were able to go and watch it *without* the children. They are both huge Star Wars fans so I know we will go and see it again with them soon. It was a great film, so much fun, and we loved finding out more about how Han Solo got the Millennium Falcon!

Hasbro kindly sent us the Star Wars Force Link 2.0 Kessel Run Millennium Falcon with Han Solo Figure to play with. We can’t wait to tell you more about it!

The highly anticipated Solo: A Star Wars Story flew into cinemas on 23rd May, revealing a brand new adventure with the most lovable rogue in the galaxy, Han Solo. We really enjoyed the film and it was pretty fascinating to find out more about Han Solo. The film even touch on how he got is name! There were so many good bits but one of the best parts was his game with Lando Calrissian when he won the Millennium Falcon. When we first see the Millennium Falcon it’s brand new, nothing like you know it from Episode IV! 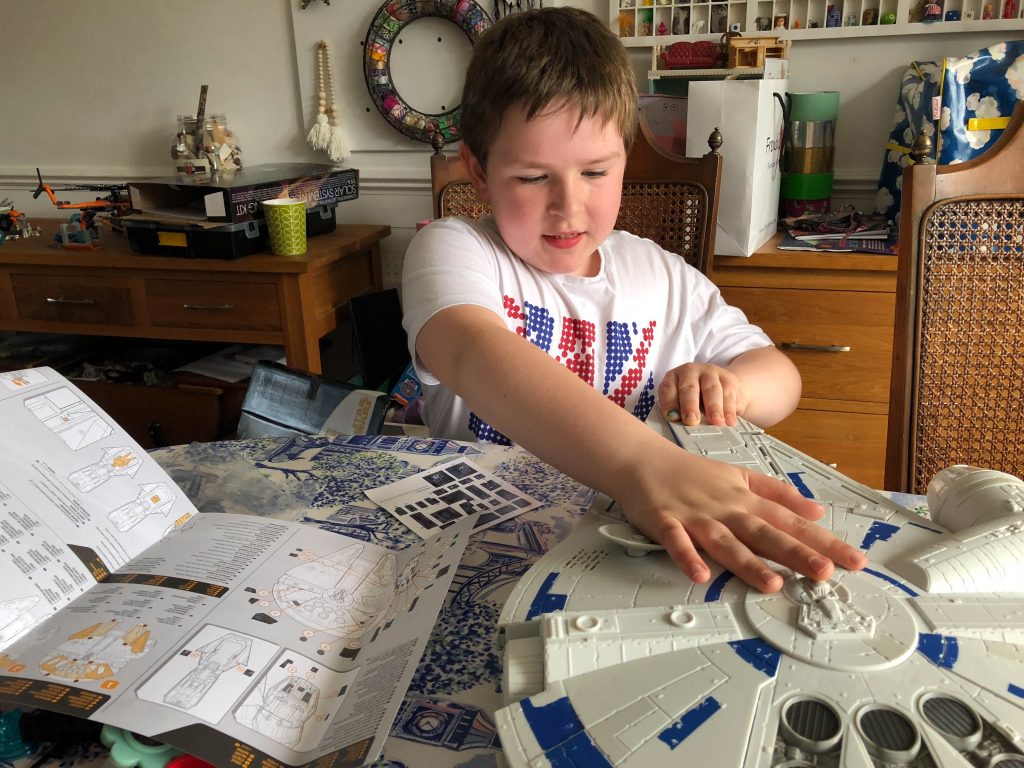 My 8 year old loved putting the stickers on and it didn’t matter that he hasn’t yet watched the film, he was just excited to see this version of the Millennium Falcon. It’s a pretty good interactive toy. You can carry it through the air and watch parts pop off as it goes into hyperdrive. It also has Star Wars Force Link 2.0 technology. This means it interacts with the Force Link wearable cuff which we reviewed last year. 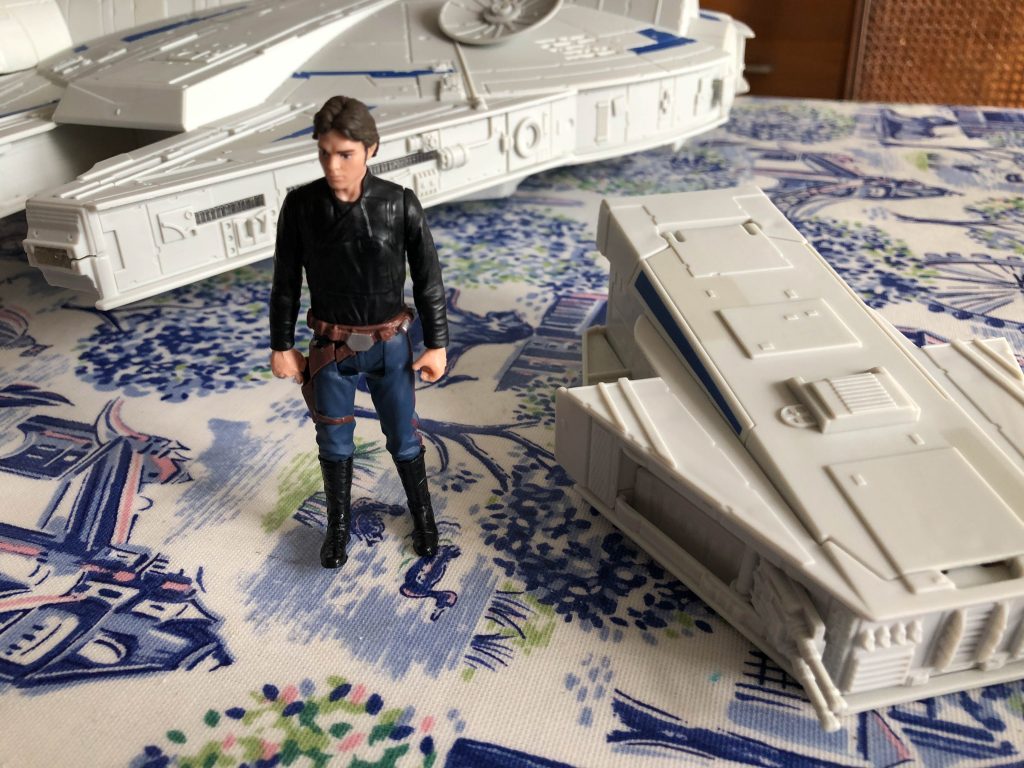 This set includes an exclusive 3.75-inch scale Han Solo figure and removable escape pod. Both the figure and escape pod are Force Link 2.0 enabled, with phrases and sounds activated by the wearable cuff (which is sold separately).

You may be interested in our other Han Solo crafts and activities: