Why you should go and watch Playmobil: The Movie 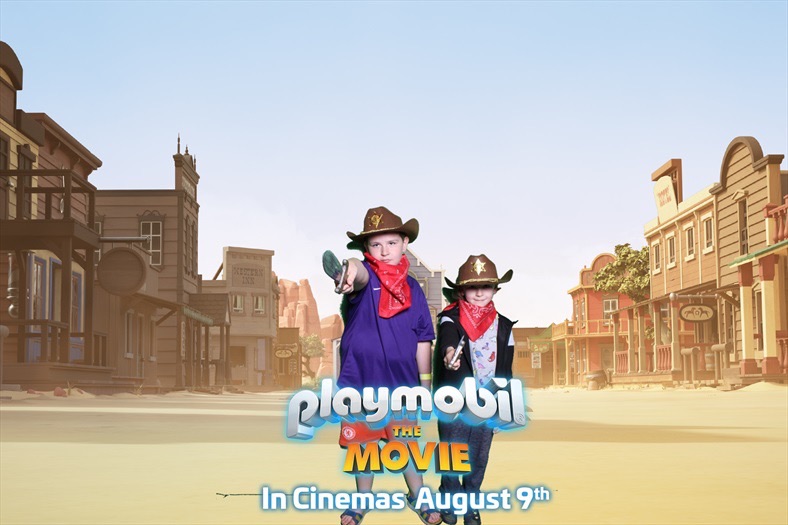 Playmobil: The Movie is sure to be the animated highlight of summer 2019. This is the first motion picture inspired by the popular brand of toys. The film takes the audience on a hilarious adventure through the fantastic universe of Playmobil. Playmobil: The Movie is in UK cinemas from August 9th but today we got to watch it, as well as a sneaky preview of the new Shaun the Sheep film – Farmageddon, which was very funny. 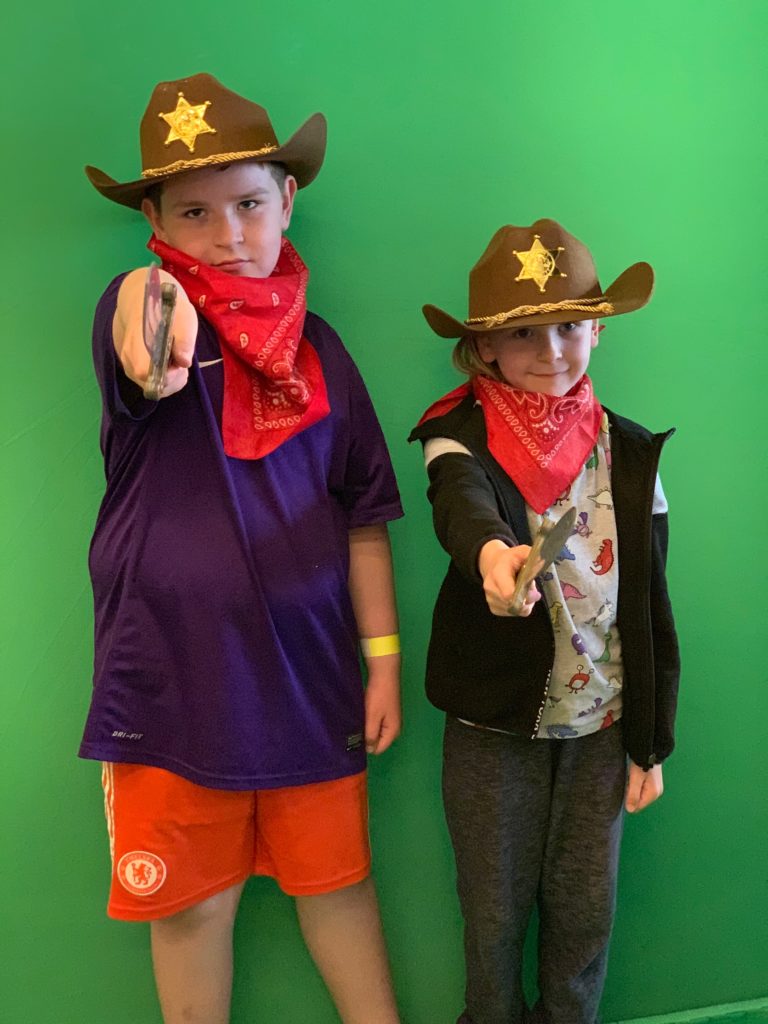 Before the screening we were able to take part in some fun activities. The children got dressed up and had their photo taken which always makes a fun souvenir – I like the green screen version just as much as the finished one! There was face painting, balloon modelling, crafts to make and colour and of course, all the new Playmobil: The Movie playsets to play with. There was a special guest appearance from Rex Dasher. 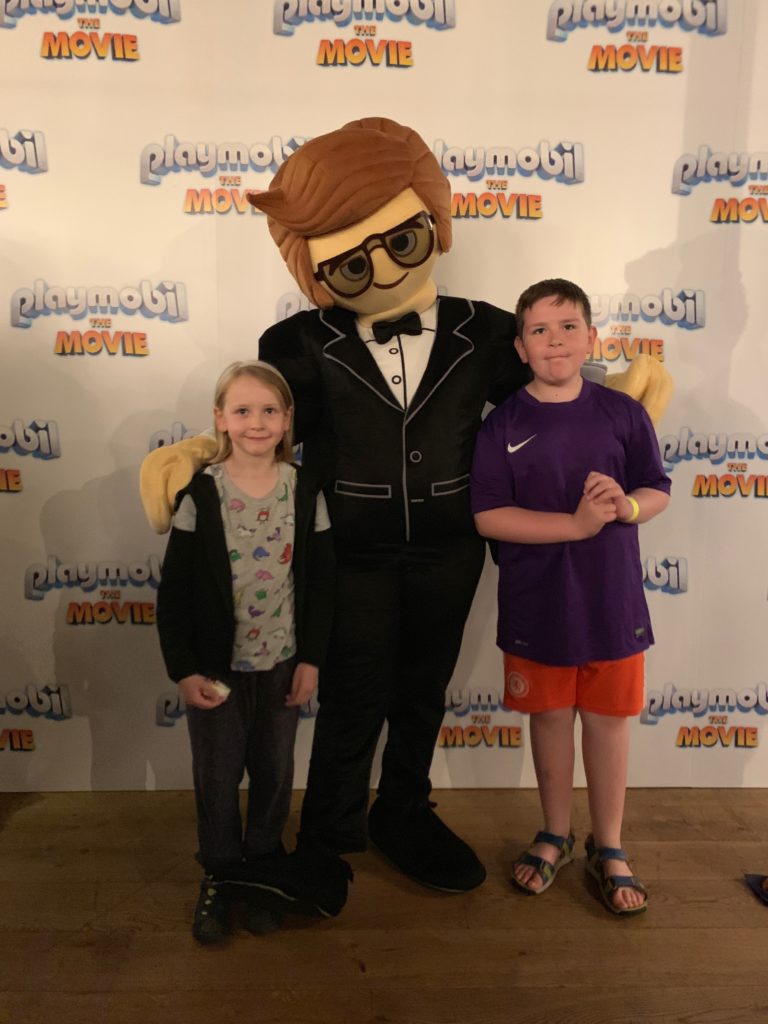 About Playmobil: The Movie

Marla and Charlie are two ordinary children with Marla finishing school and hoping for some adventure when tragedy strikes. A few years later and her younger brother Charlie suddenly disappears into the magical, animated universe of Playmobil. Marla embarks on the adventure of a lifetime to bring him home. Setting off on an incredible journey through new and exciting themed worlds, Marla teams up with various strange and heroic companions, including: Del, a crazed food truck driver; Rex Dasher, a suave and fearless secret agent; Robotitron, a loyal and endearing robot; and Fairy Godmother, a hilarious fairy-godmother. Will she save Charlie from the mad Emperor Maximus? 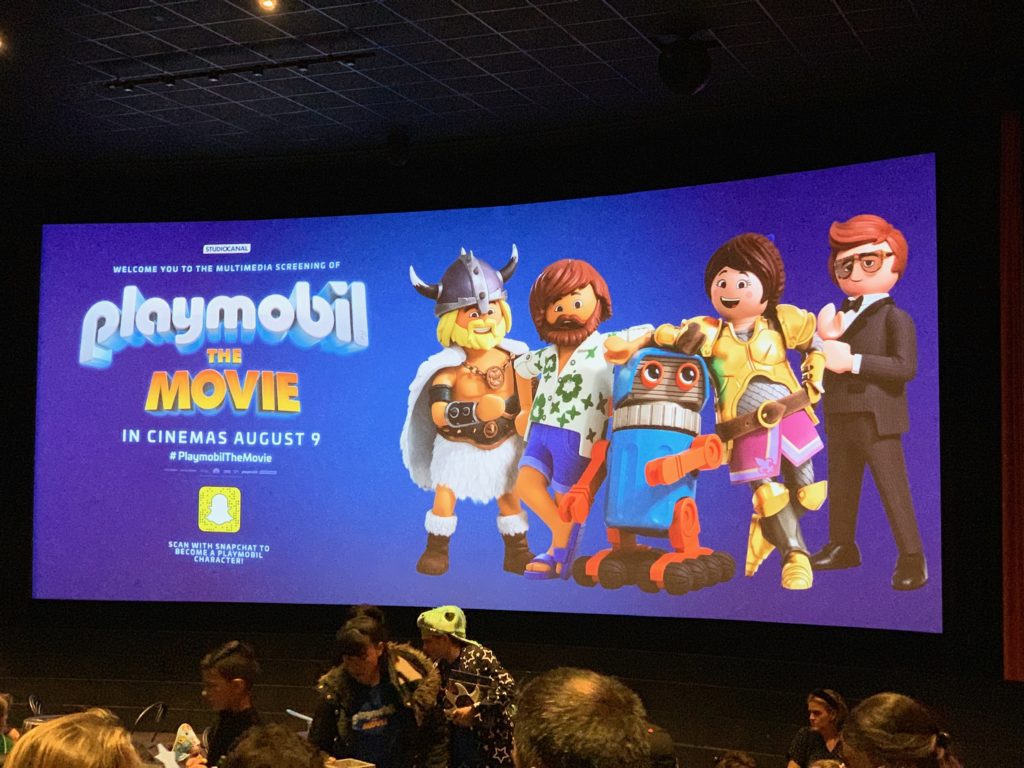 What did we think?

The film lasted around 99 minutes and we all found it very entertaining. It’s so hard not to compare it to the Lego Movie but my children love Playmobil and Lego and we were excited to see a full-length film featuring Playmobil characters. The 7 and 9 year old both loved it. The film is fun and fast-paced and we loved the fact it when from live-action to animation. The characters represented lots of our favourite Playmobil toys, especially the pirates, Little Sis loves her Playmobil pirates! We also loved that the film was able to feature so many different Playmobil worlds from Pirates to the Romans, the City and Dinosaurs!