The hunt for the lost toys with Toy Story 4 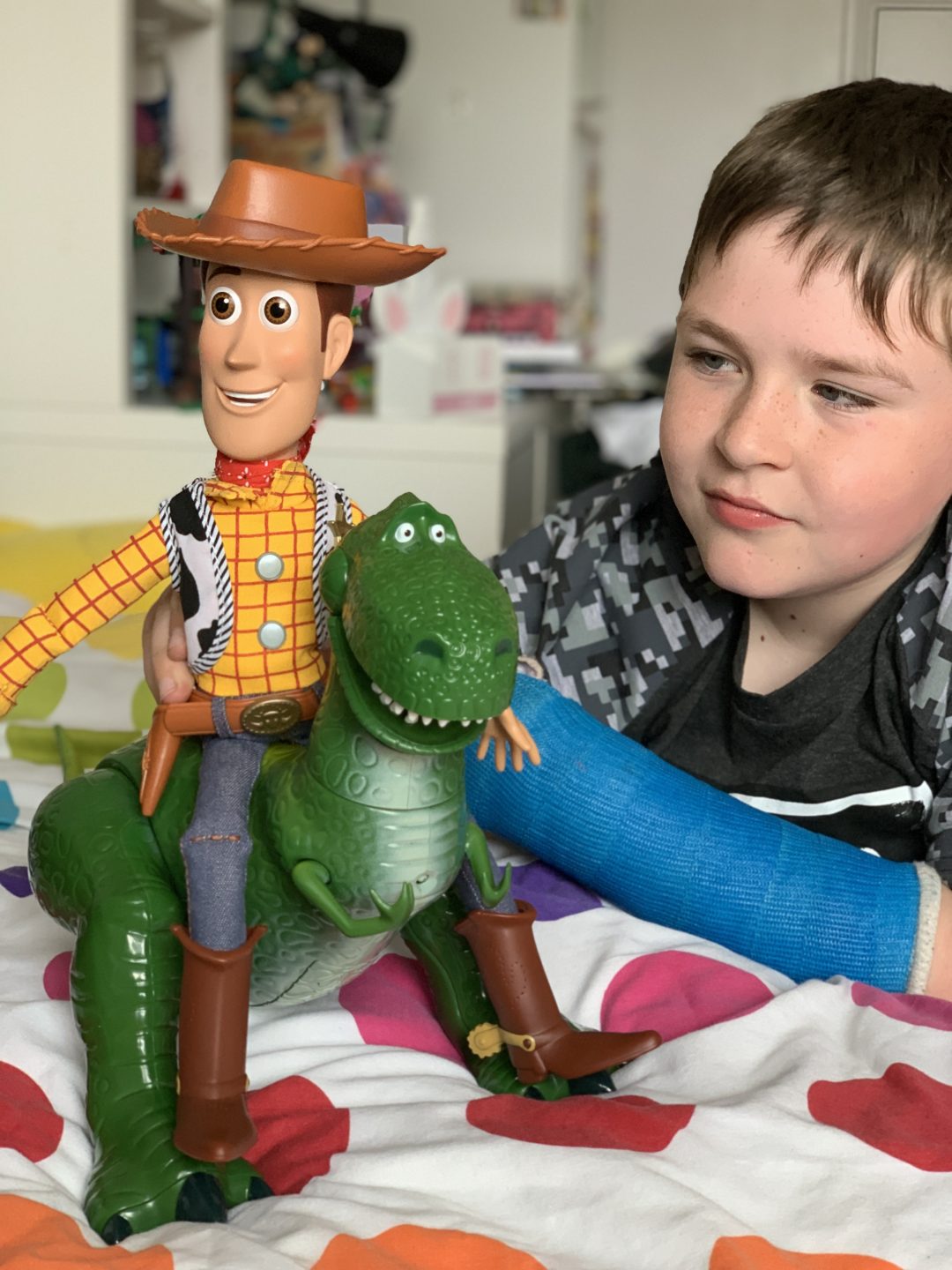 This post features #gifted items from shopDisney, but all thoughts and opinions are my own

We went to the cinema last week and were so excited to watch the trailer for Toy Story 4. The trailer looked amazing and we just can’t wait to go and watch the film to see the return of some our favourite characters. I was delighted when shopDisney gifted us some of their new Toy Story 4 range. I feel like our family has grown up with the Toy Story films as we’ve watched them many times with our children.

Can you believe that Toy Story was released in 1995 before I’d even left school! Toy Story 2 followed in 1999, with Toy Story 3 in 2010 and Toy Story 4 in 2019. I really feel that Woody and Buzz were part of my own childhood, and Big Brother was lucky to receive his very own Buzz Lightyear for his third birthday!

In case you haven’t yet seen the trailer, in Toy Story 4 Woody, Buzz Lightyear and the rest of the gang embark on a road trip with Bonnie and a new toy named Forky. The adventurous journey turns into an unexpected reunion as Woody’s slight detour leads him to his long-lost friend Bo Peep. As Woody and Bo discuss the old days, they soon start to realise that they’re worlds apart when it comes to what they want from life as a toy.

The hunt for the lost toys with Toy Story 4

We were gifted an amazing bundle of Toy Story 4 toys to celebrate the release of the film in the UK later this month. These included Woody, Buzz Lightyear, Rex and Lotso, as well as a Toy Story 4 backpack, Toy Story 4 Alienizer (which is so much fun!), a Buzz Lightyear helmet and Woody costume accessory. 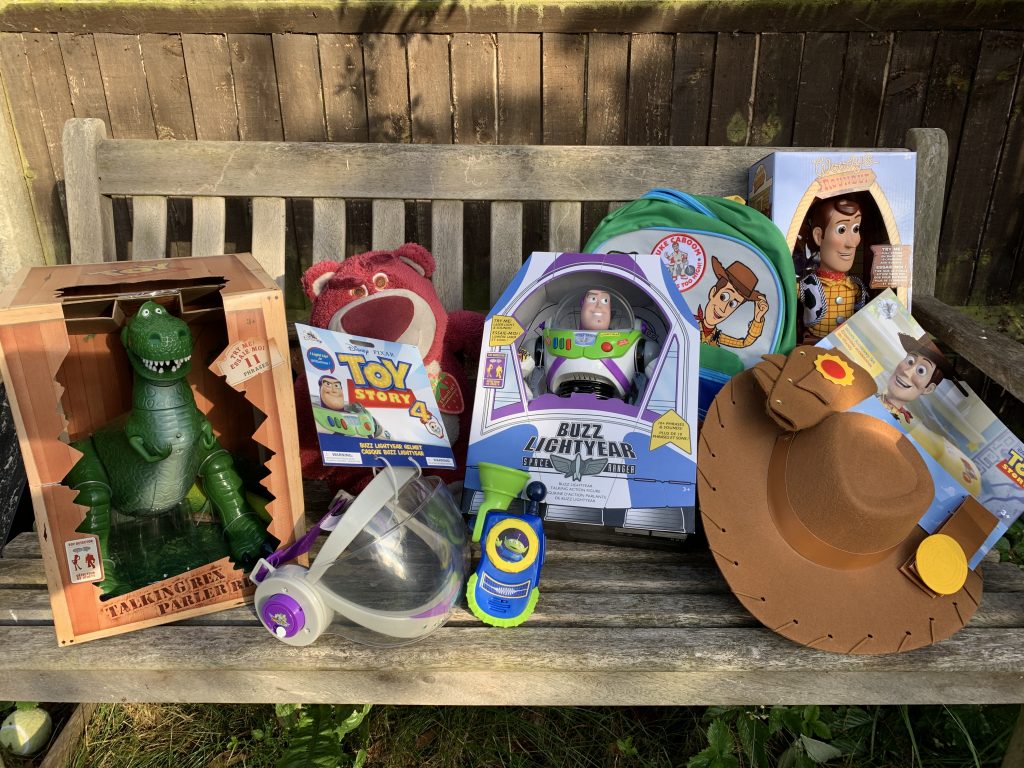 I thought it would be fun to set up a little ‘lost toy hunt’ for my children. The idea was that one night a bunch of new toys arrived at our house but got lost whilst trying to find their new owners. I loved hiding them around the house so the children could ‘discover’ them when they woke up! They had so much when they found the first toy – Buzz hiding amongst the books on the bookshelf. He talks and you can move his arms and legs which is great for play time. 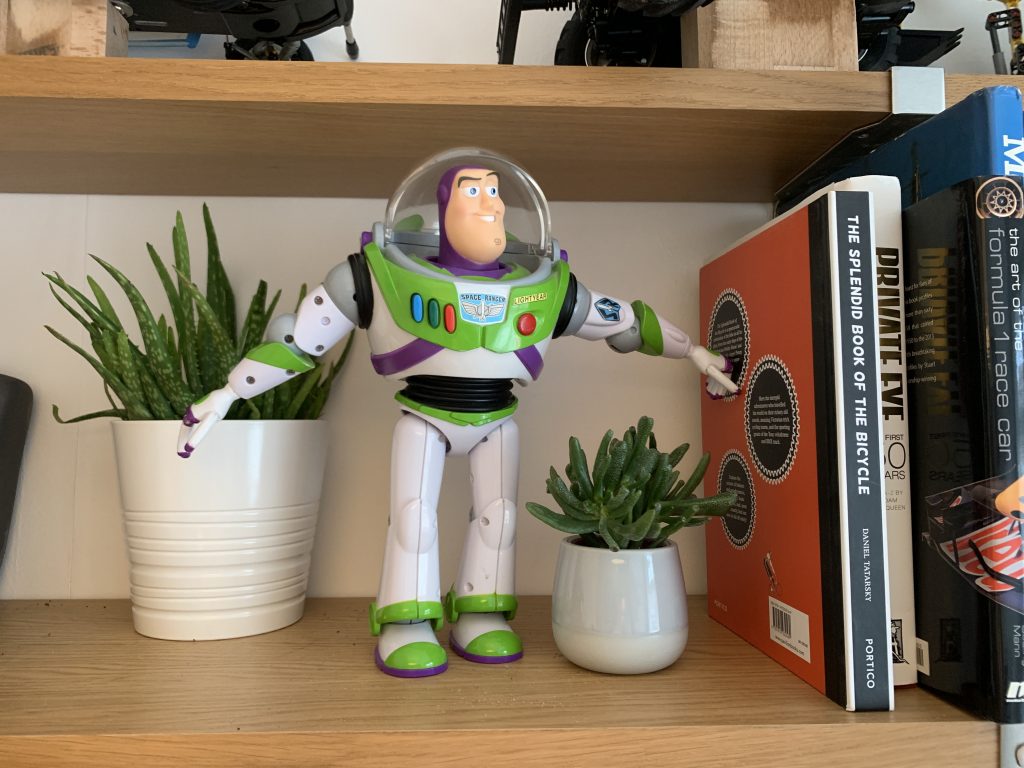 Little Sis discovered Woody in the cupboard when she was getting her breakfast…. 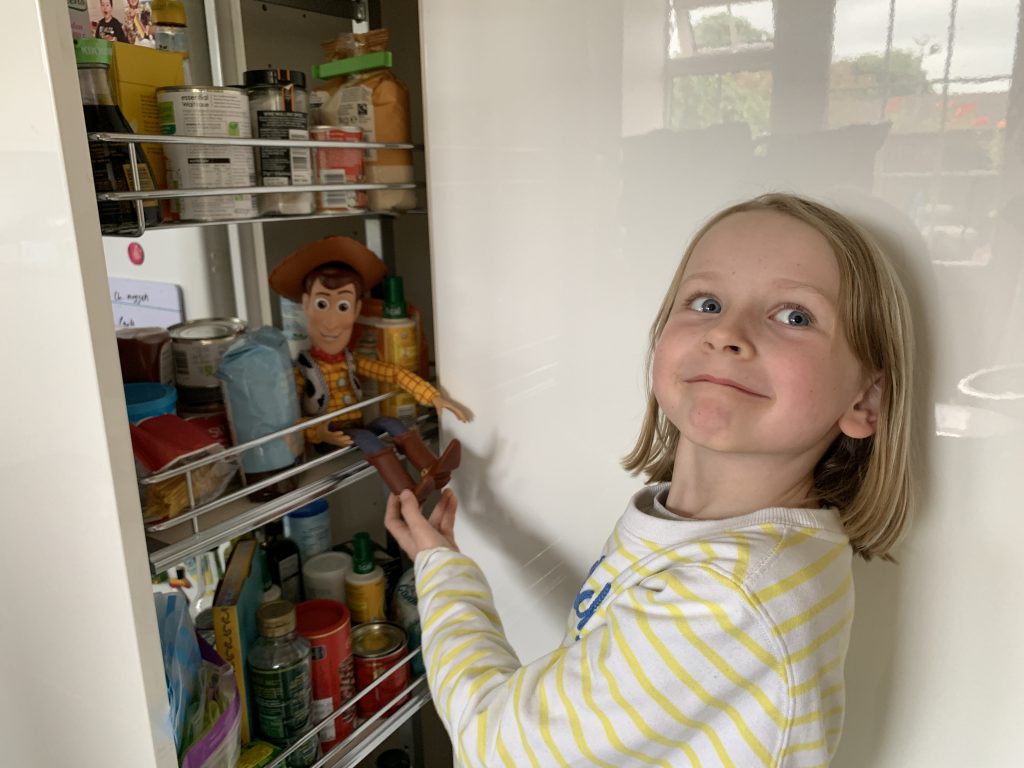 Whilst Rex looked a little scared at all the noise my two can make when they are excited! Both Woody and Rex also talk if you pull the string or push a button. 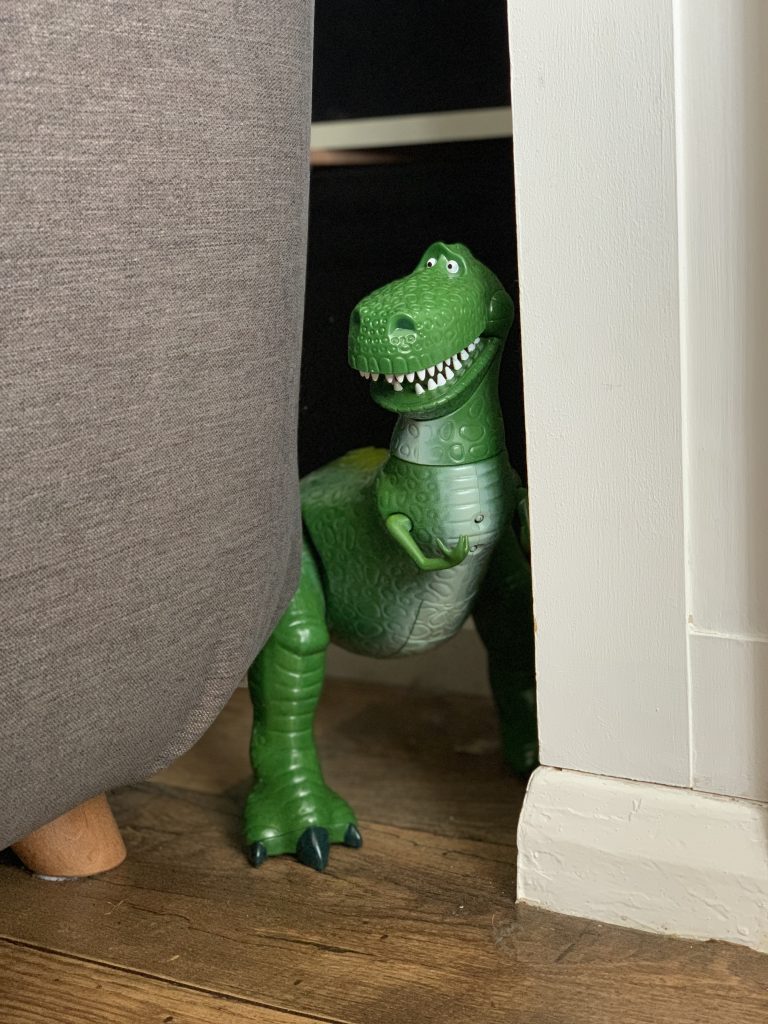 Woody tried to hide – don’t you just love that his right boot is marked with Bonnie’s name? These toys also have a very special feature, if you place them near each other they unlock a special phrase. 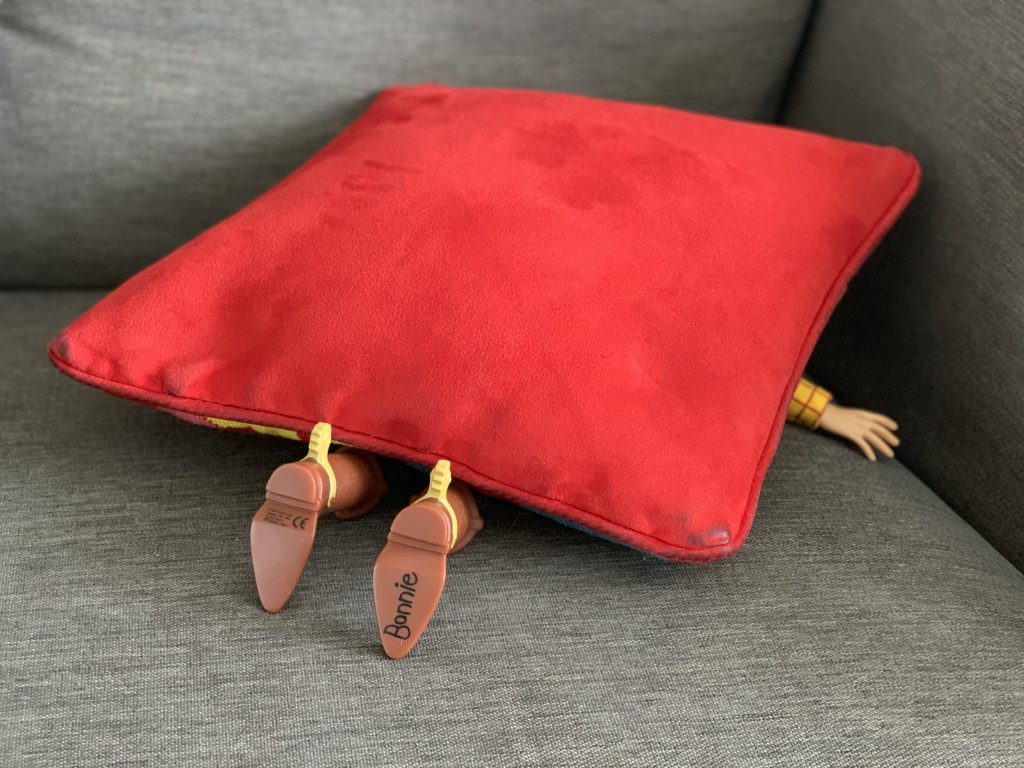 And this super soft Lotso plush obviously got lost in the washing machine! Thankfully it didn’t affect his delicious strawberry smell. 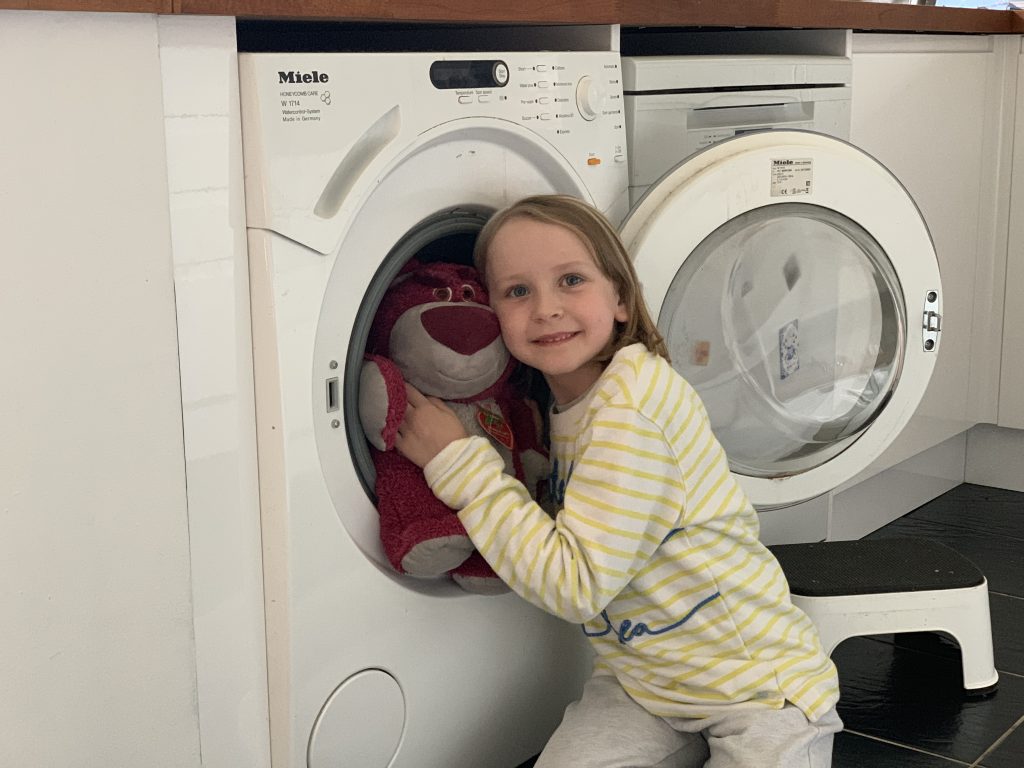 We had a lot of fun with our lost toy hunt around the house. In fact the children had so much fun that they took it in turns to hide their new toys over and over again. They were also gifted some dress up items and an Alienizer which has turned out to be a firm favourite. If you speak into it and hold down a button it magically distorts your voice so you sound like a Toy Story alien! It’s so funny and really makes everyone giggle.

They are lovely toys for fans of Toy Story and will be treasured for years. You can find them at shopDisney along with other favourites and new characters such as Forky and Ducky. Don’t forget that Toy Story 4 is out on the 21st June in the UK.

Disclaimer:- This is a collaborative post with shopDisney. Items featured have been gifted, however, all words, thoughts and images are my own.