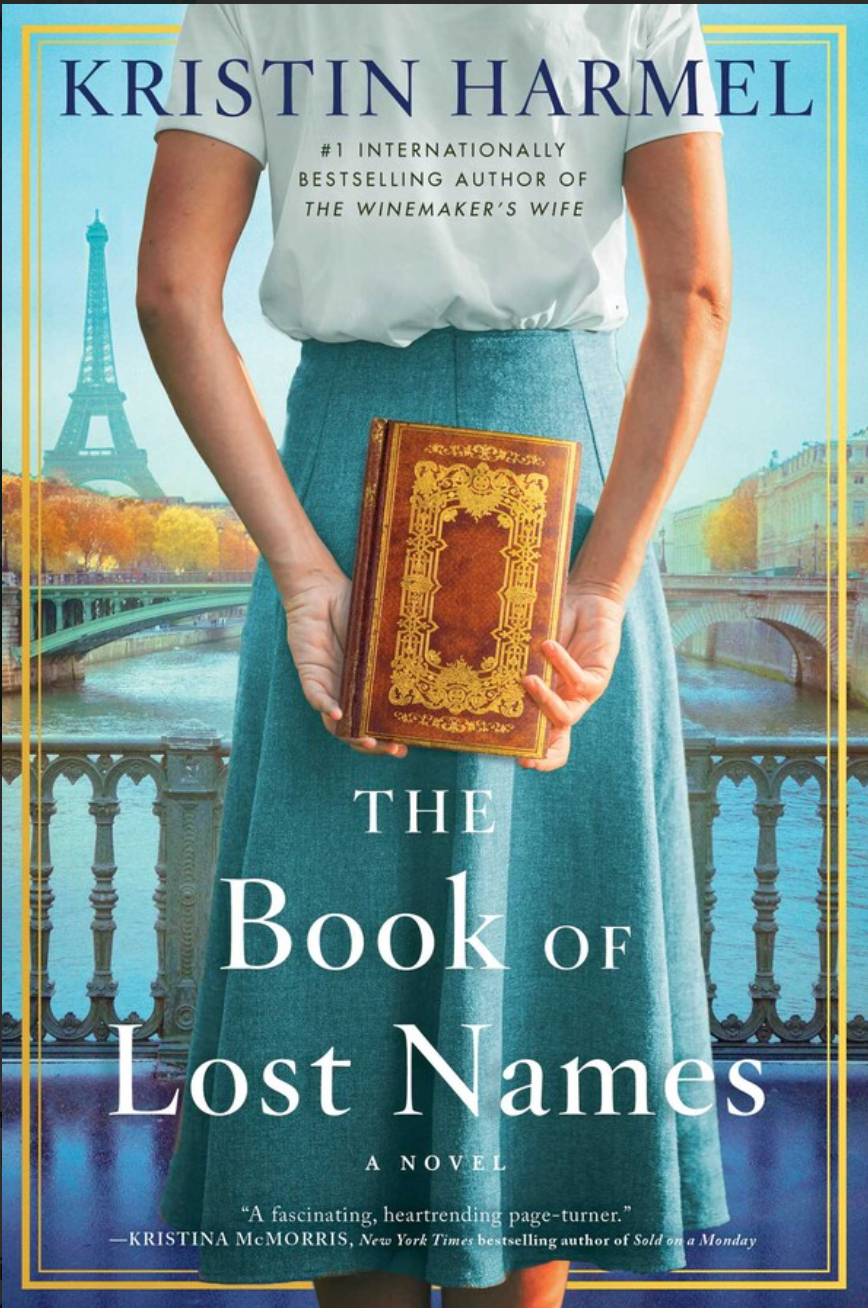 Disclosure – thanks to Welbeck for the chance to read this book.

The end of 2020 is fast approaching which means my Goodreads challenge is nearly over for another year. I’ve read some amazing books this year and I really enjoyed my most recent read, The Book of Lost Names by Kristin Harmel.

I love books about the Second World War and when I read the blurb about The Book of Lost Names I absolutely had to read it.

The Book of Lost Names

The book opens when Eva Traube Abrams, a semi-retired librarian in Florida, is shelving books one morning when she sees a photograph in a magazine lying open nearby. The article is about the looting of libraries by the Nazis across Europe during the Second World War – an experience Eva remembers – and the search to reunite people with the texts taken from them so long ago.

The book in the photograph, an eighteenth-century religious text thought to have been taken from France, is one of the most fascinating cases. Now in the Zentral- und Landesbibliothek library in Berlin, it appears to contain some sort of code, which no one has been able to crack.

Eva hasn’t seen the book in over sixty-five years—a book she recognises as The Book of Lost Names.

The book follows Eva who goes back to Europe to track down the book and find the answer to a question which has haunted her since she escaped Nazi occupied France. In 1942, Eva was forced to flee Paris after the arrest of her father, a Polish Jew. Finding refuge in a small mountain town, she began forging identity documents for Jewish children escaping to neutral Switzerland.

But erasing people came with a price, and along with Rémy, a  handsome forger, Eva realises she had to find a way to preserve the real names of the children who were too young to remember their own identities. When Rémy disappeared and the resistance cell they worked for was betrayed, the records kept in The Book of Lost Names became even more crucial to remembering the truth.

This book was fascinating, based on the work of the real life forgers who helped refugees, children, soldiers and others escape Nazi occupied France during the Second World War. I had never read a book based on the real life experiences of the resistance but I found myself, a little like Eva, wondering who could she trust and if she would survive.

This book is perfect for readers of The Tattooist of Auschwitz, The Librarian of Auschwitz, The Book Thief, The Tuscan Contessa and The SS Officer’s Armchair. This is an astonishing story of bravery, resilience and hope.

The book is available via Ebook now, the paperback is out in April 2021.