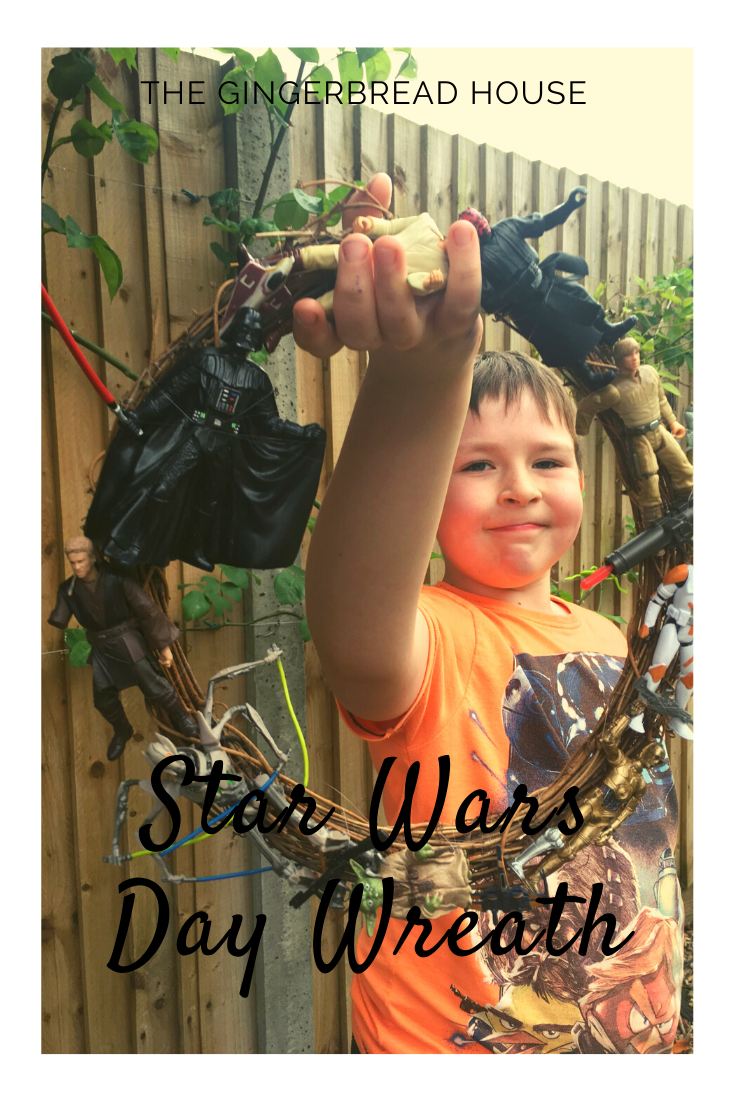 My children have embraced Star Wars Day as they do Easter and Christmas. To them it’s completely normal to decorate our little indoor seasonal tree with Star Wars decorations. This year we decorated our little tree and made a Star Wars Day wreath!

We hung the little Star Wars toys which came with Kinder Eggs which both my children collected. They were the strangest mash up of a figure and vehicle I’ve ever seen but each one came with a little hanger – perfect for hanging on a tree! We managed to get the complete set: StormTrooper – Star Destroyer, Darth Vader – Tie Fighter, Chewbacca – Battle Cruiser Space Ship, Princess Leia – Rebel Blockade Runner, Master Yoda – Battle Cruiser Space Ship, C3 PO – Rebel Blockade Runner, R2D2 – B-Wing Fighter, Han Solo – Millennium Falcon and Luke SkyWalker – W-Wing Fighter. They are the perfect size and look pretty fun.

This year we also made a Star Wars Day wreath. I’ve been collecting Star Wars figures for a while, mainly broken ones but then I found a huge bag of figures on eBay. Stupidly I opened them in front of my 7 year old and he promptly took all the figures he was missing! This depleted my stock but I was still able to make a fun Star Wars Day wreath. 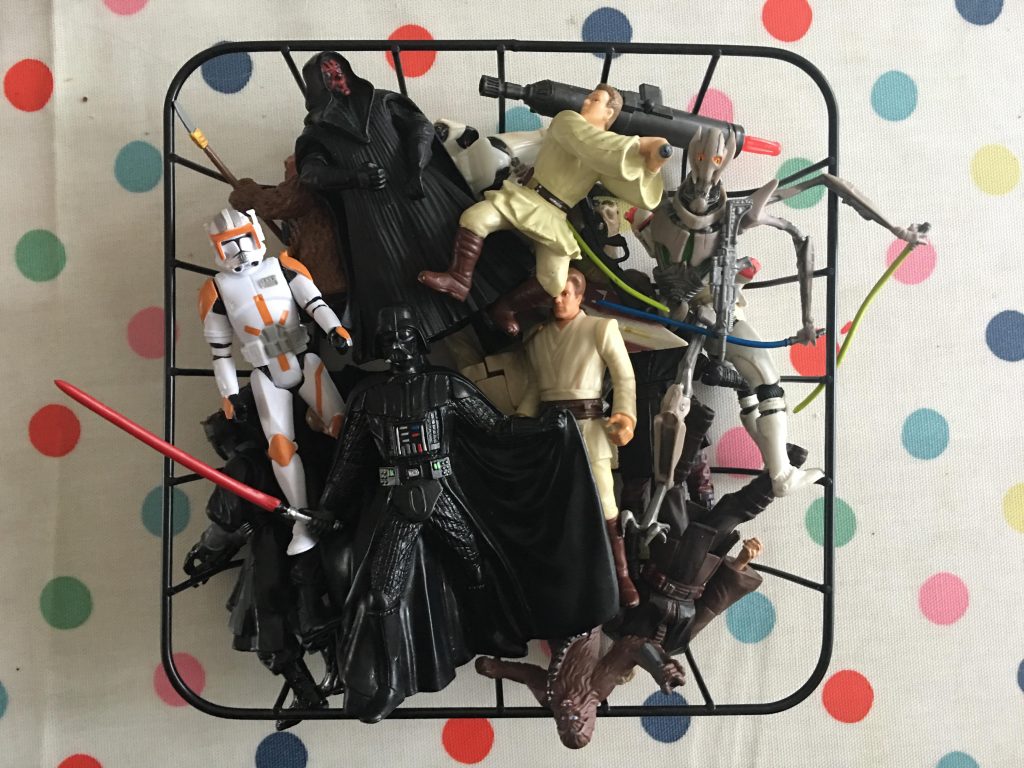 How to make a Star Wars Day wreath

I roughly laid out the figures I wanted to use, alternating the goodies and the baddies. I also chose some accessories, such as guns and small vehicles, to go between the figures.  I thought about using a glue gun to attach the figures but instead decided to use Nylon Invisible thread in case I wanted to use any of the figures again. 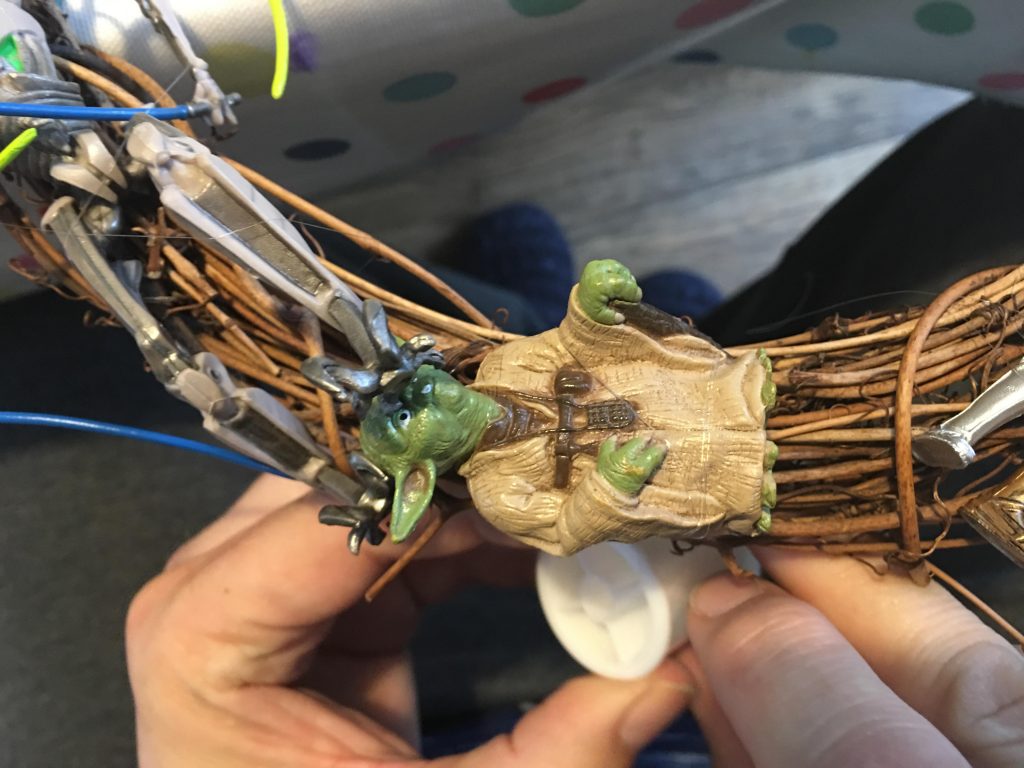 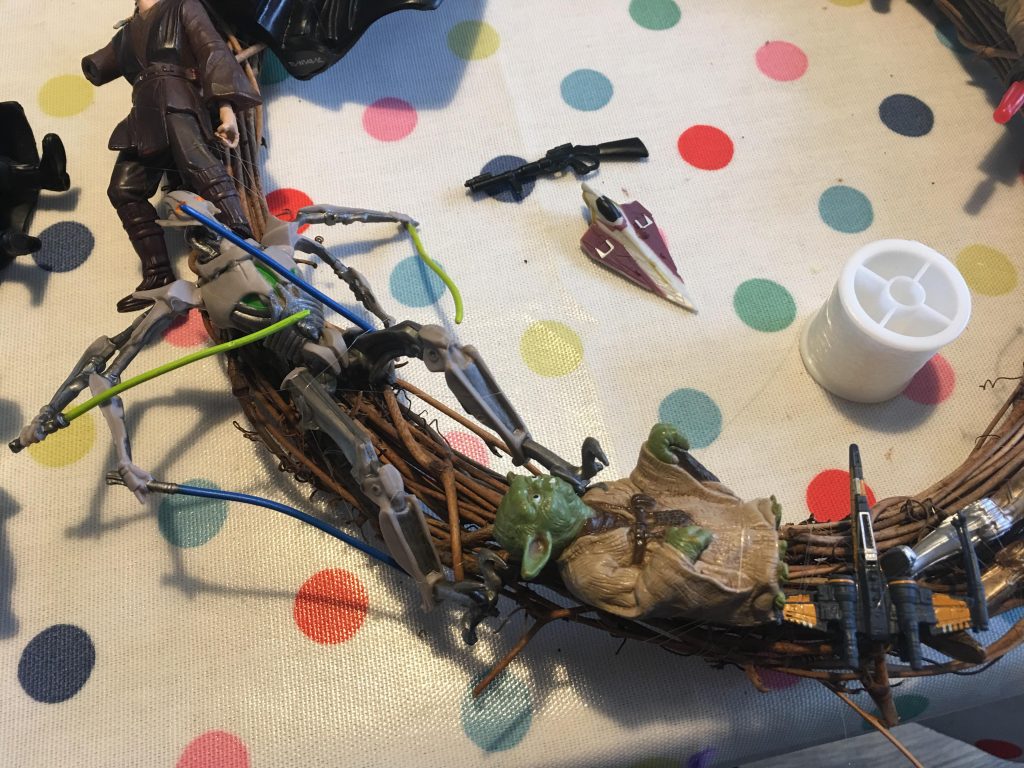 When I had finished adding the figures, I went back and filled any gaps with the small accessories, then knotted the thread and cut it off. 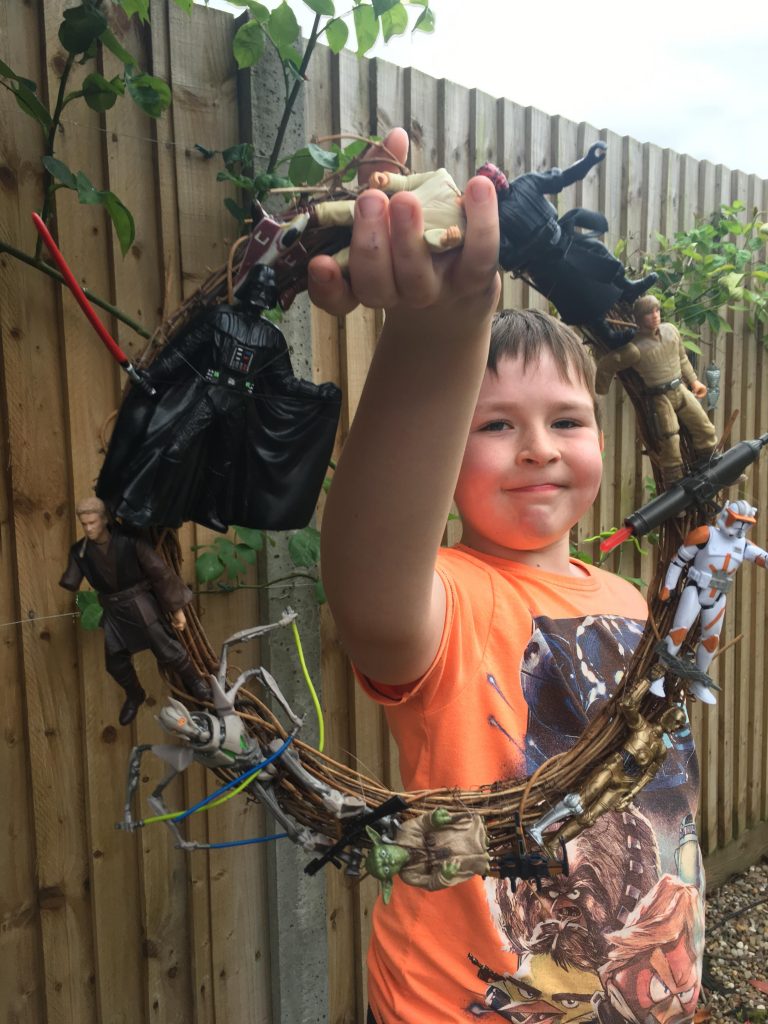 This only took about 5 minutes to put together so this is a quick and easy wreath and a really fun make to help celebrate Star Wars Day!