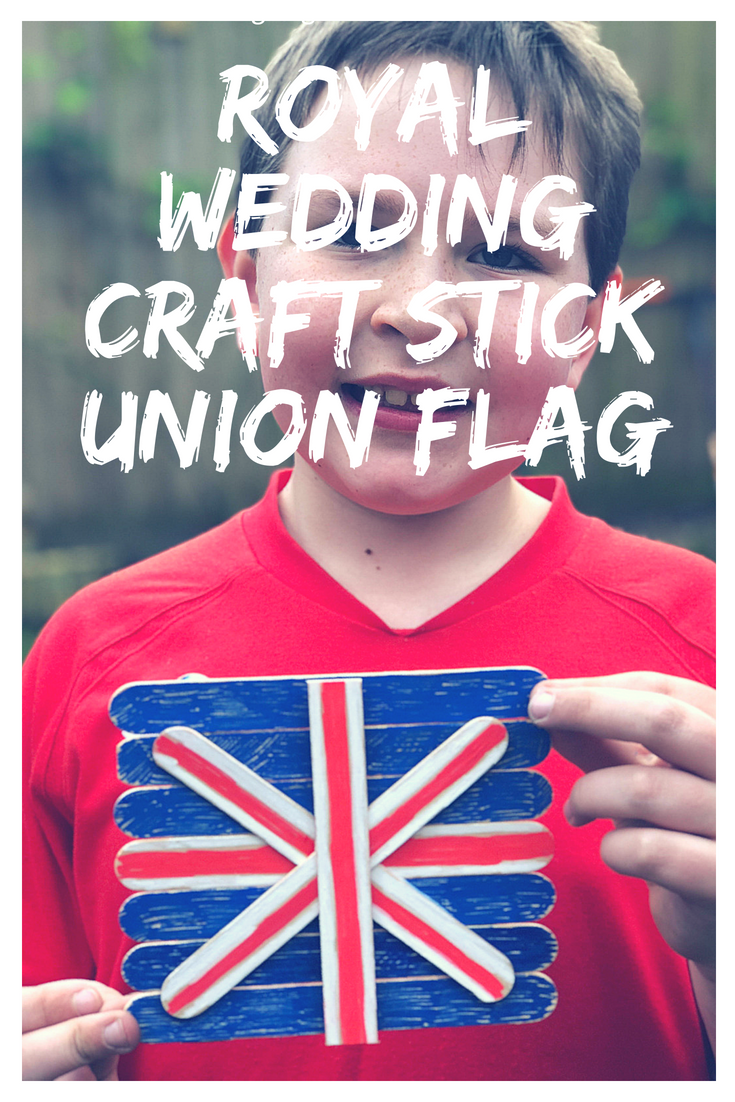 The first step was to lay out the sticks so we knew how many we needed to create the union flag. Then we each took some of the sticks and started colouring them in. You could also use paint but the Posca pens were super quick to dry. 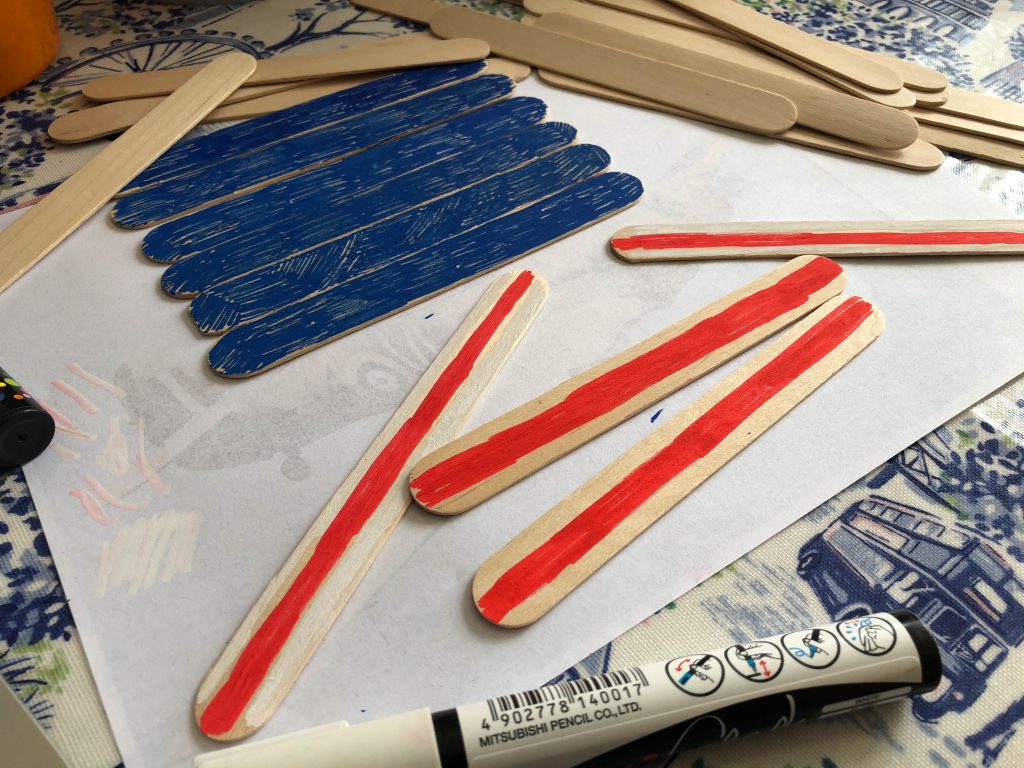 When we had coloured all the wooden craft sticks we arranged them and flipped them over so we could glue two craft sticks at the back to hold everything in place. 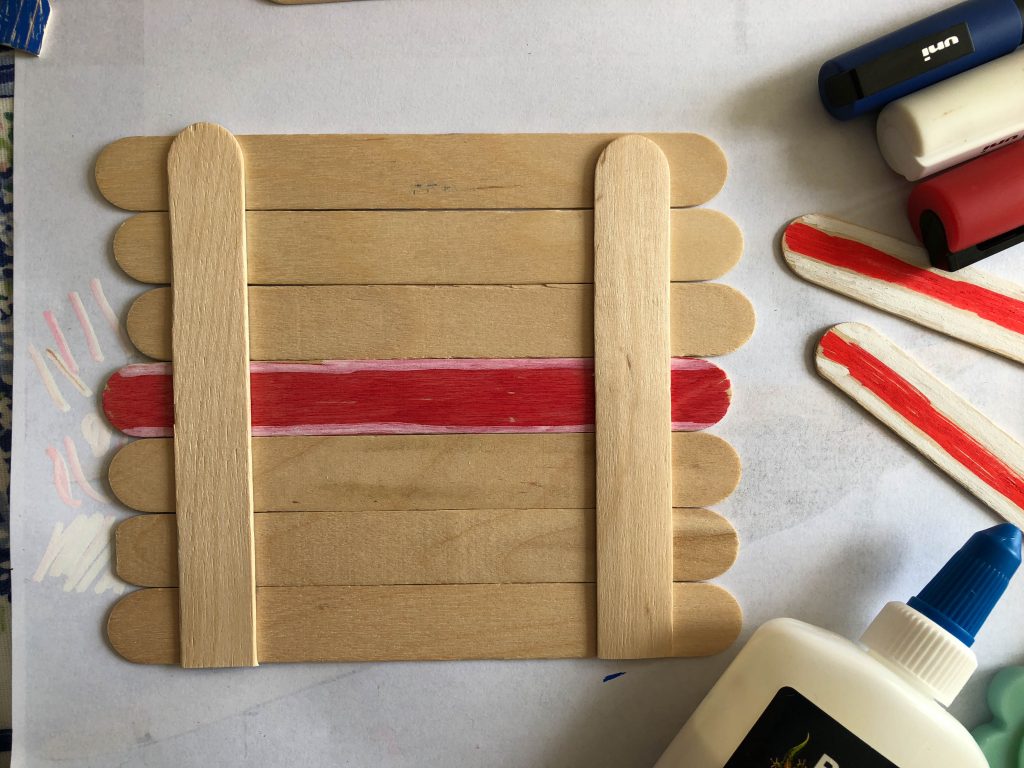 We left this to dry before adding the final craft sticks on the front of the craft stick union flag. 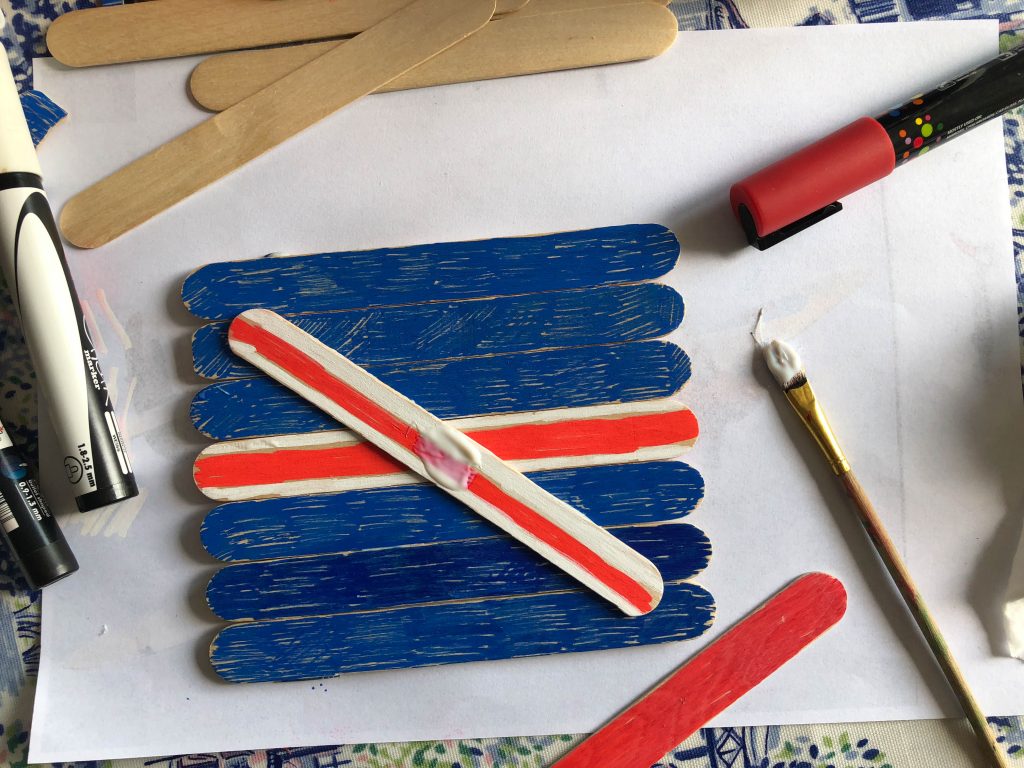 We were really pleased with how our craft stick union jack turned out. How sweet would a whole load of them look, strung up for a Royal Wedding party!? 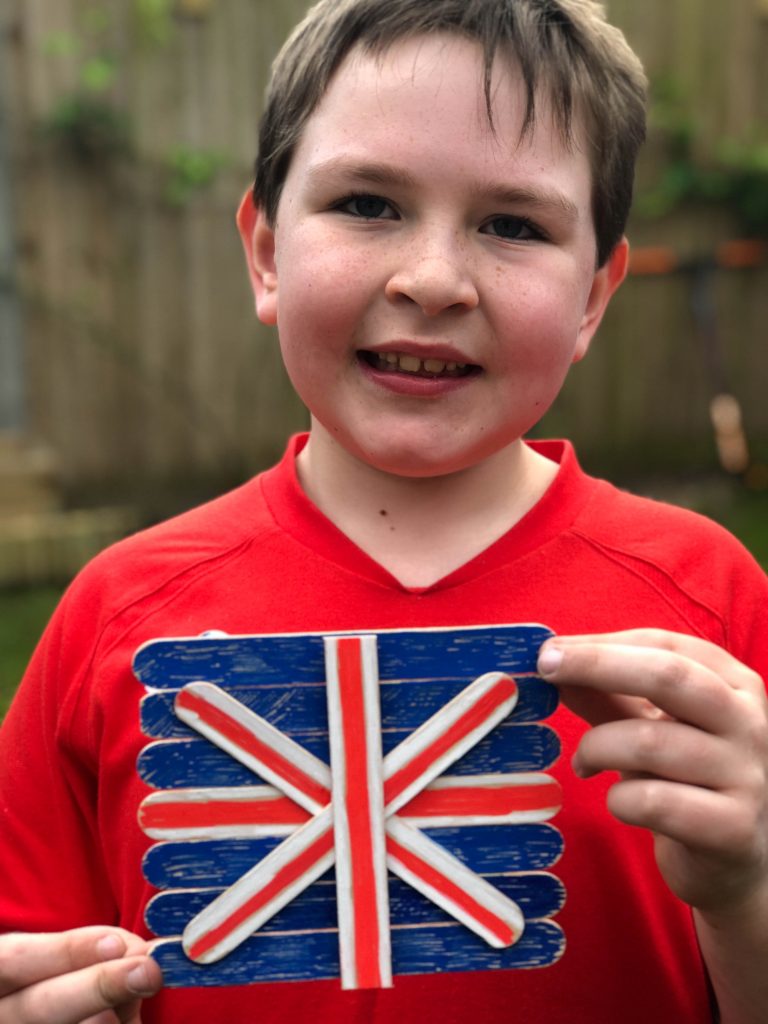 Other Royal Wedding crafts for kids to make:

A cake fit for the Queen’s 90th birthday

How to make union flag bunting

A portrait of the Queen