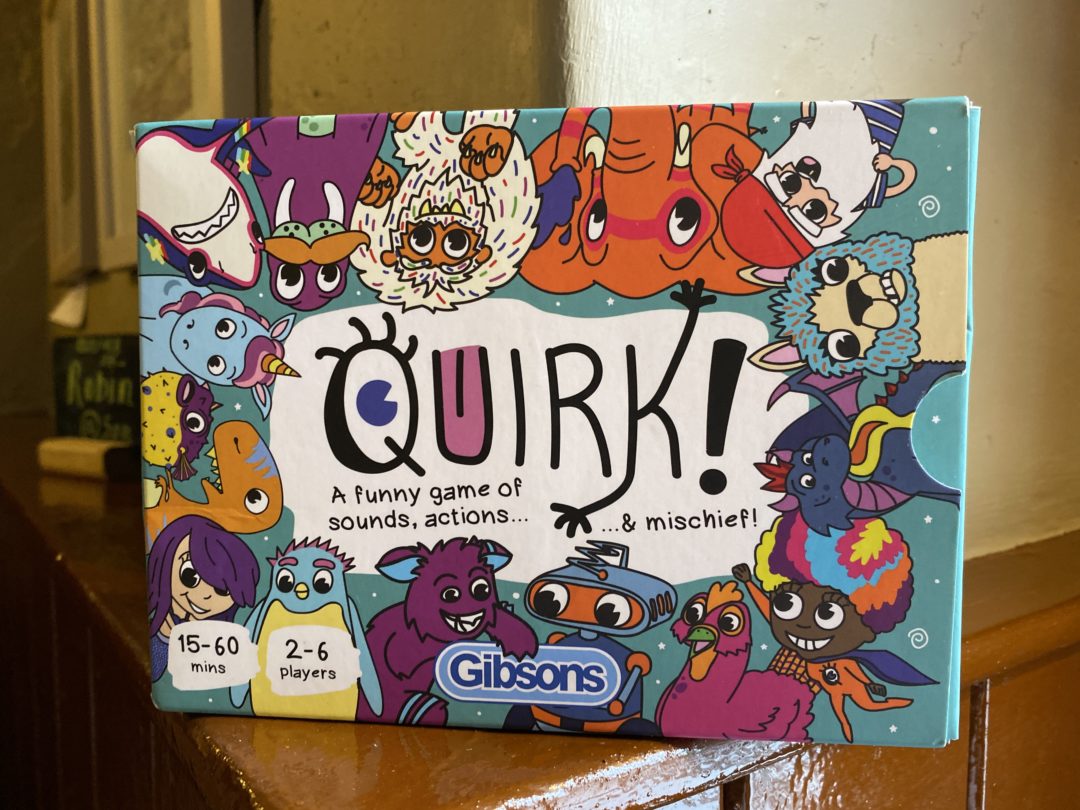 AD\Earlier in the Summer holidays we were gifted a bundle of new games from Gibsons. We’ve already told you about Rockpool and today wanted to tell you about Quirk! It’s the hilariously funny family card game that has YOU squawking, saving the world and breathing fire! Embrace your silly side with sounds and actions while causing a whole lot of mischief for your family and friends.

Quirk! is a card game so was the perfect size to take away on our recent family holiday to Devon. We always pack a bag of games to play and we took Quirk! with us to the pub. Each game takes around 15 minutes which meant it was the perfect game to keep the kids occupied whilst we were waiting for our food to arrive. 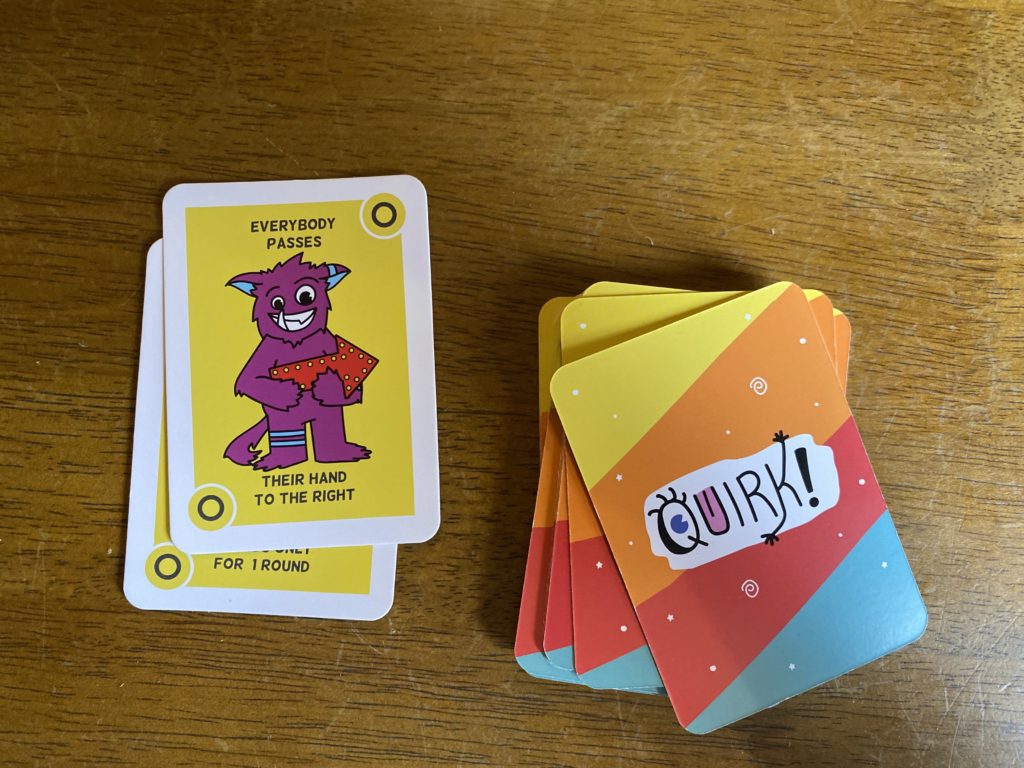 Consisting of 112 illustrated playing cards, you need to get your best impressions at the ready to gather characters and claim your quirky title by collecting the most ‘Quirks’.

This is an active game, you need to be able to act out or make sounds like the character cards you are looking for. We got a few odd looks in the pub but the kids thought it was hilarious! 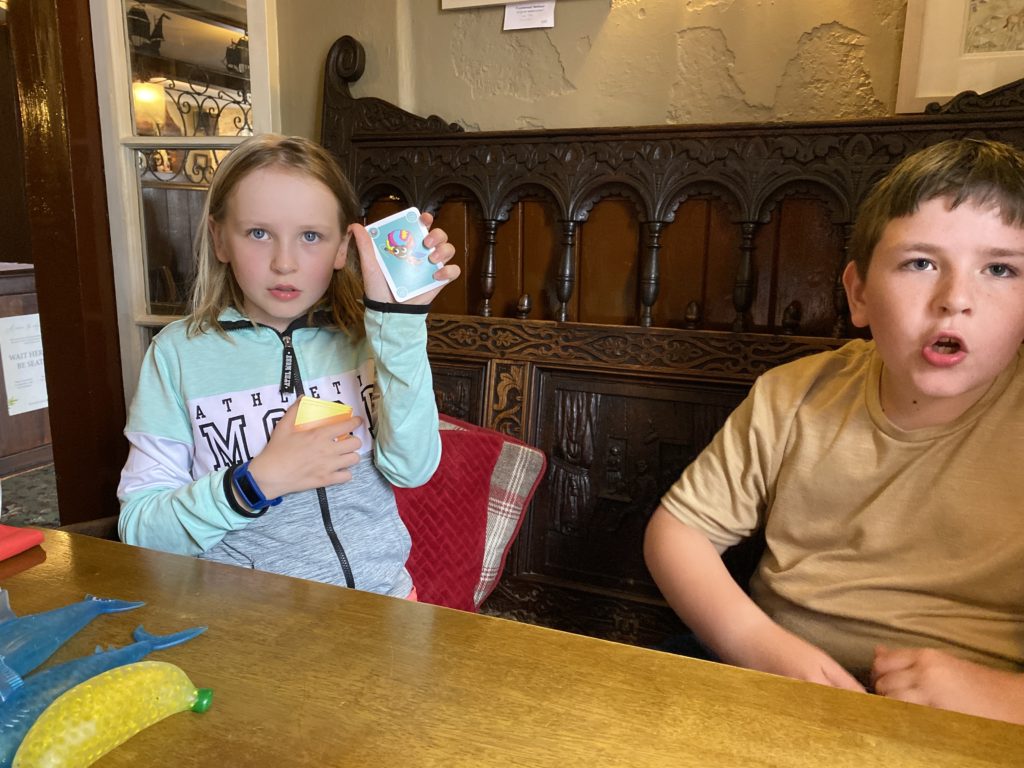 There are 26 characters, each game includes 2 decks of cards so you can mix and match your favourites to make every game different. 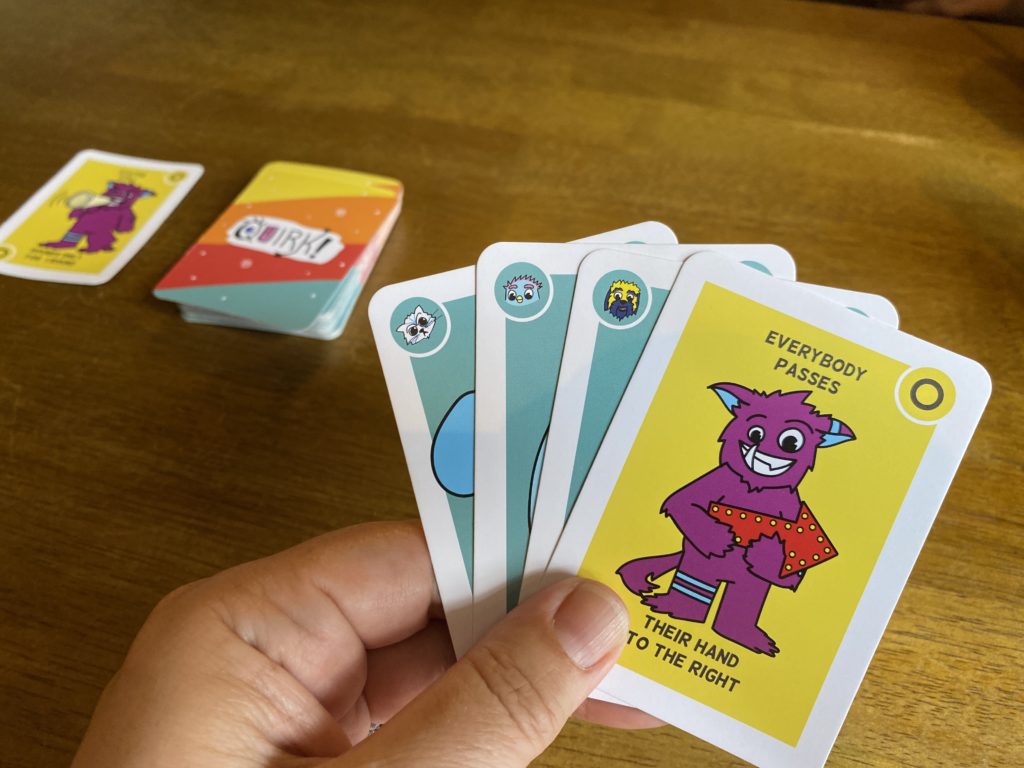 We enjoyed playing this as a family but the children have also played it just on their own. Each game takes between 15 minutes to an hour and it’s certainly kept them occupied during our holiday.

Perfect for ages 5 and over

Can be played by 2-6 players

A game takes between 15-60 minutes

**We have included Amazon links to Quirk! If you click on these and buy we may earn a small commission.

You may be interested in our other Gibsons Games reviews: