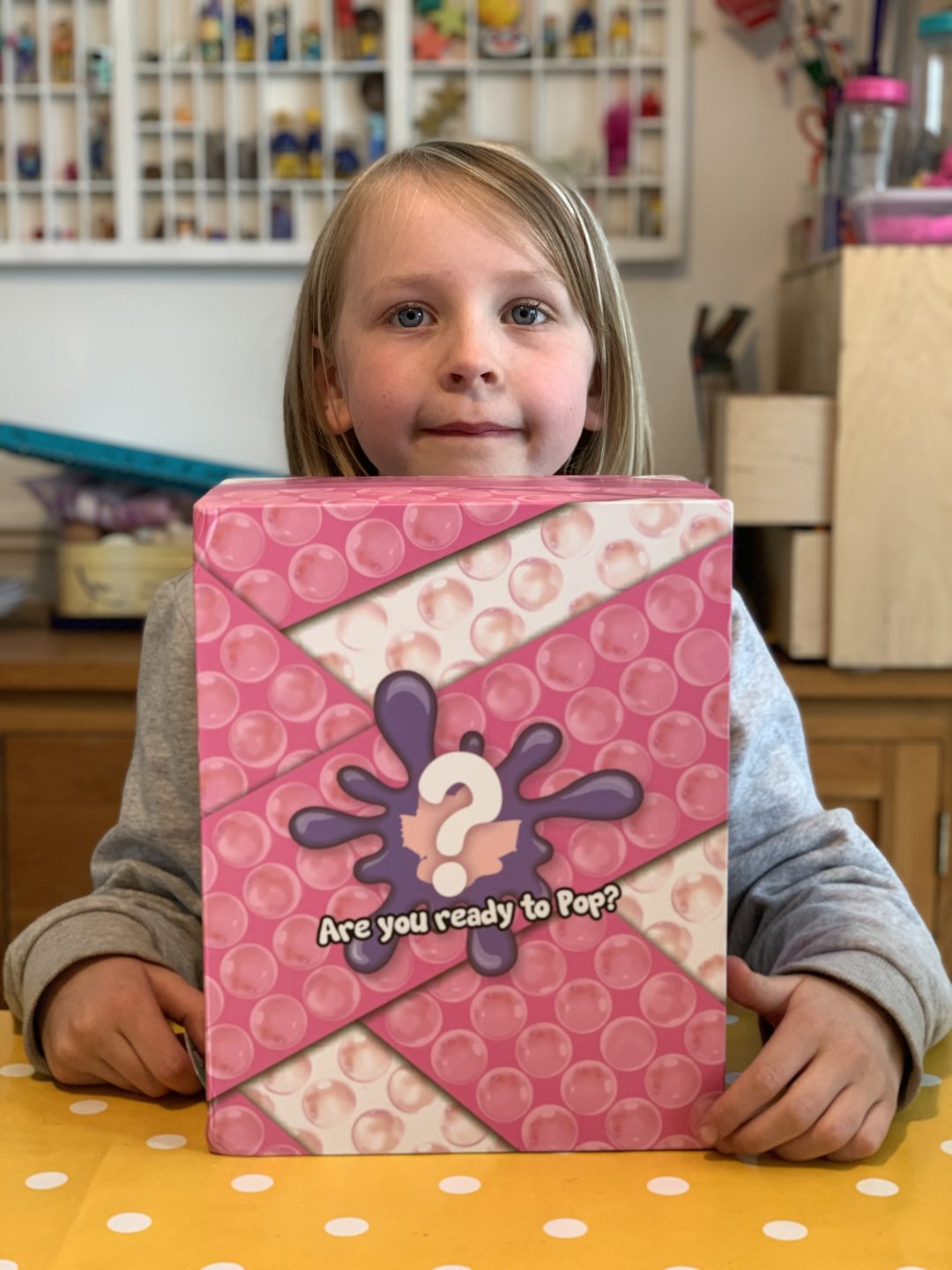 Last week we were #gifted an Influencer Box of Pop Pops from Yulu. They have just launched here in the UK and we were super excited to get our hands on them! Have you heard of them? Pop Pops offers a combination of several of the best things in the world – bubble popping, slime, and the hunt for collectables! There are two versions – Pop Pops Pets and Pop Pops Snotz – you can probably guess that we went for the Pop Pops Pets!

Little Sis received a lovely pink package which she couldn’t wait to open. Inside were packets of the brand new Pop Pops Pets! We loved the look of them. There were blister packs, with each pod containing slime which needed to be ‘popped’ open. 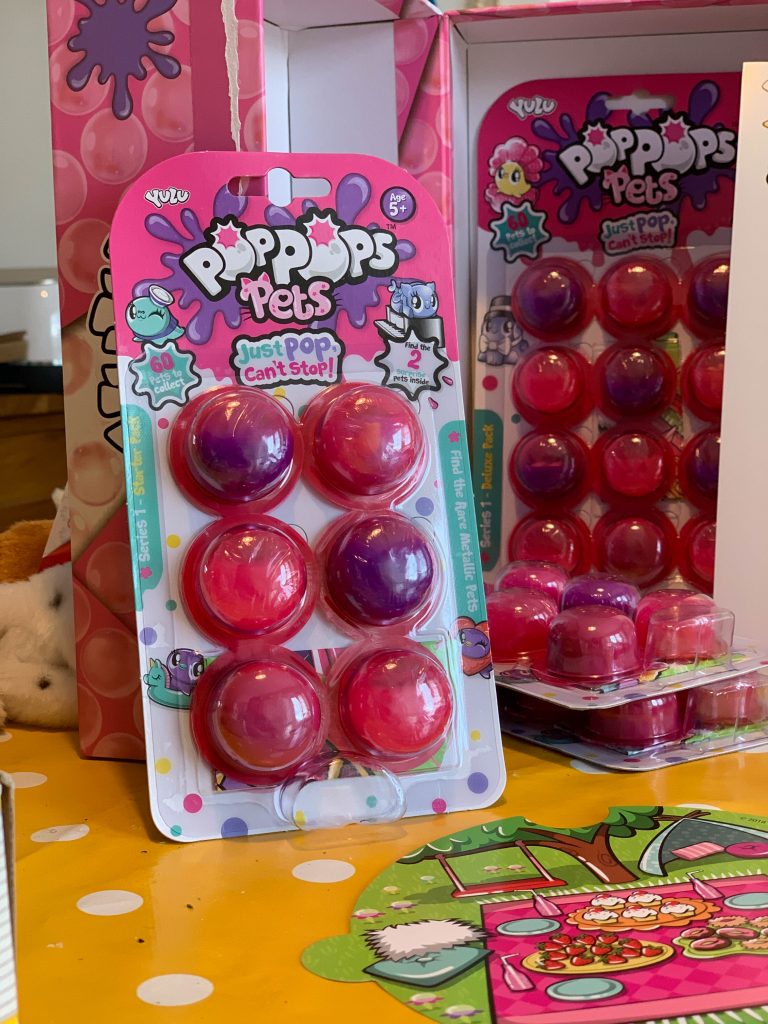 Little Sis couldn’t wait to start popping. We opened one of the blister packs which contained a number of pink or purple pods. She took them out of the packaging and found each one was sealed. 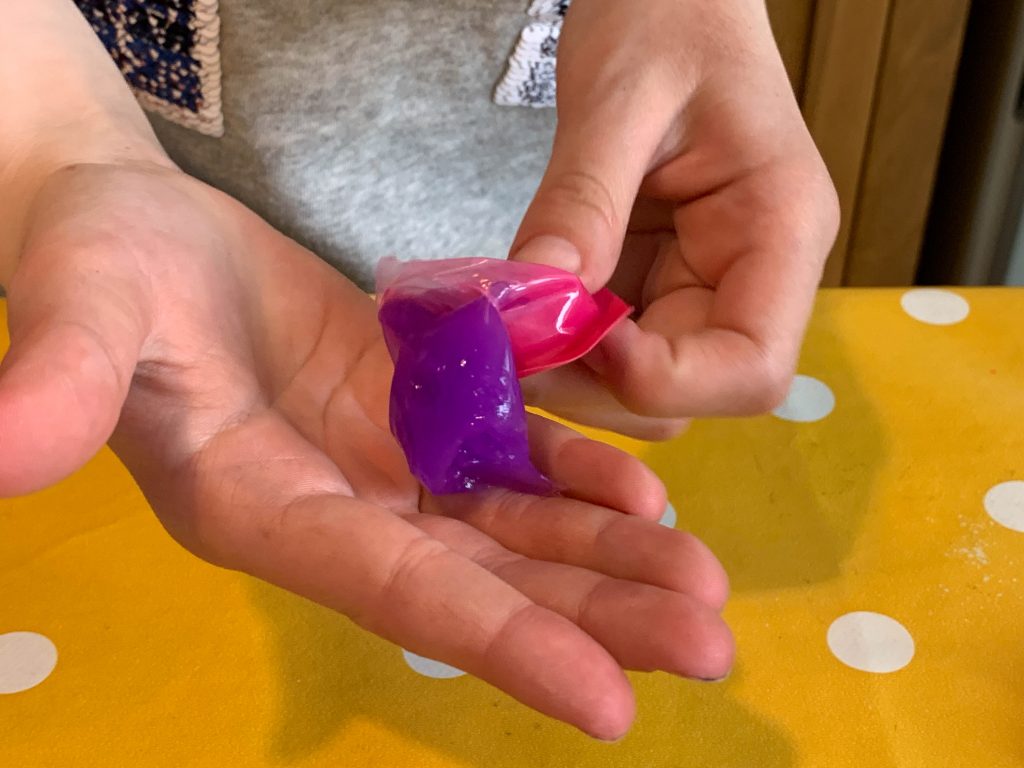 Then she squeezed each pod between her fingers to pop it open. Each one contained slime but she really wanted to find the ones which contained the collectible pets! 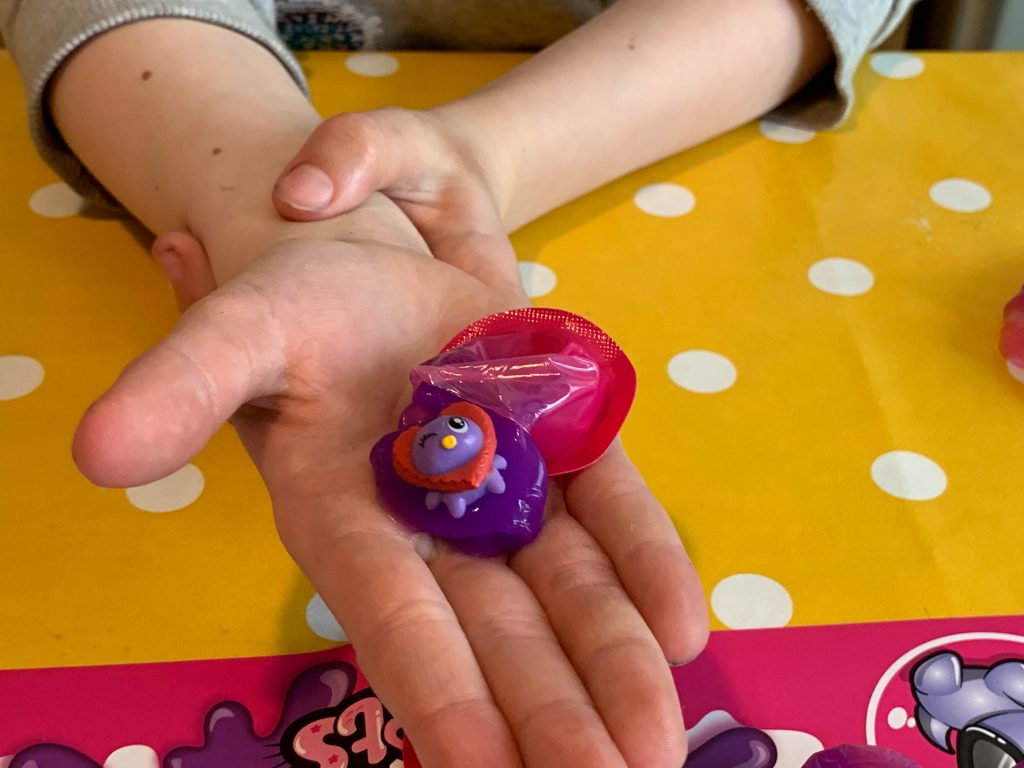 She carefully collected the pink and purple slime to play with later. It was good slime, very slimy! Each pack of Pop Pops Pets contains a Poptropolis Collector’s Guide so you can find out more about the characters. Series 1 has 60 pets to collect:

As small as a marble. They’re cute little creatures. With curious features. That hide inside bubbles each day.

Series 1 has Pets from 7 categories including Wiener Dogs, Piggies, Penguins, Llamas, Sloths, Seals and Kittens. Little Sis just loves llamas and sloths so was incredibly excited when she found one of these hiding inside a pod of slime. Look out for the rare glitter pets! 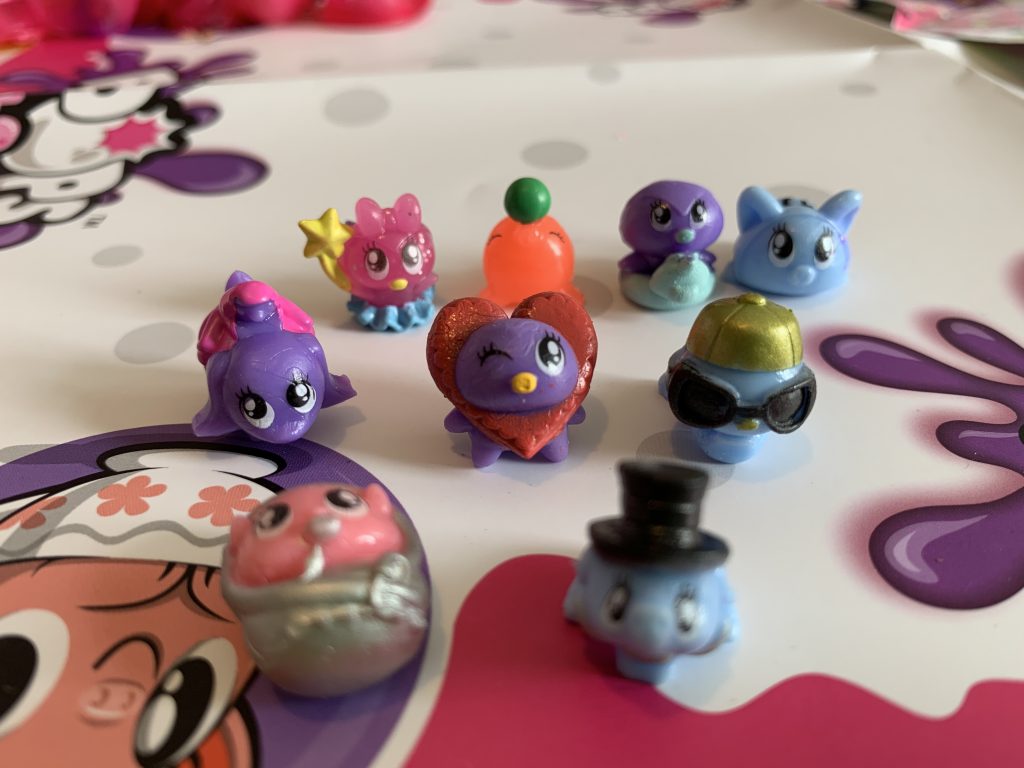 The pets are very small but cute and quirky. We loved the surprise element of opening these. Each bubble is fun to open and the slime is good quality. We’ve been storing ours in an airtight box so it can be played with again and again. 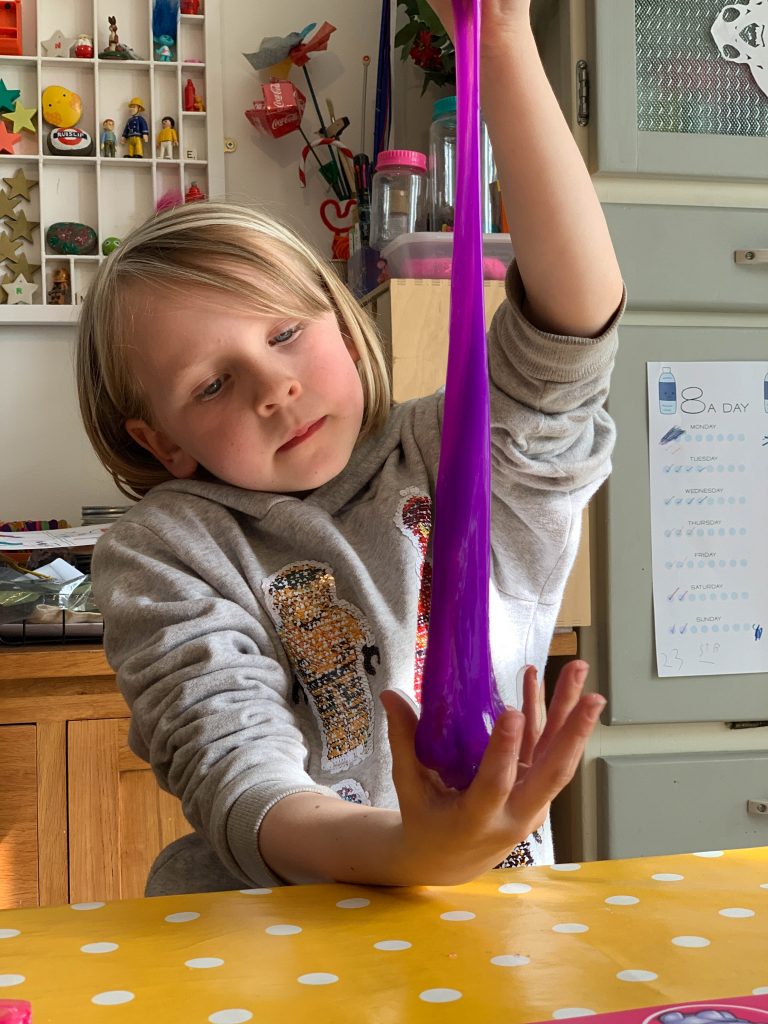 As well as Pop Pops Pets you can also buy Pop Pops Snotz combining yucky green slime, bubble popping and super-gross collectables. You can purchase 6 packs from £4.99, there is also a 12 pack and playset for even more fun! They can be found in Smyths, Amazon or all good toy shops.