6 films for the perfect Lego movie night in 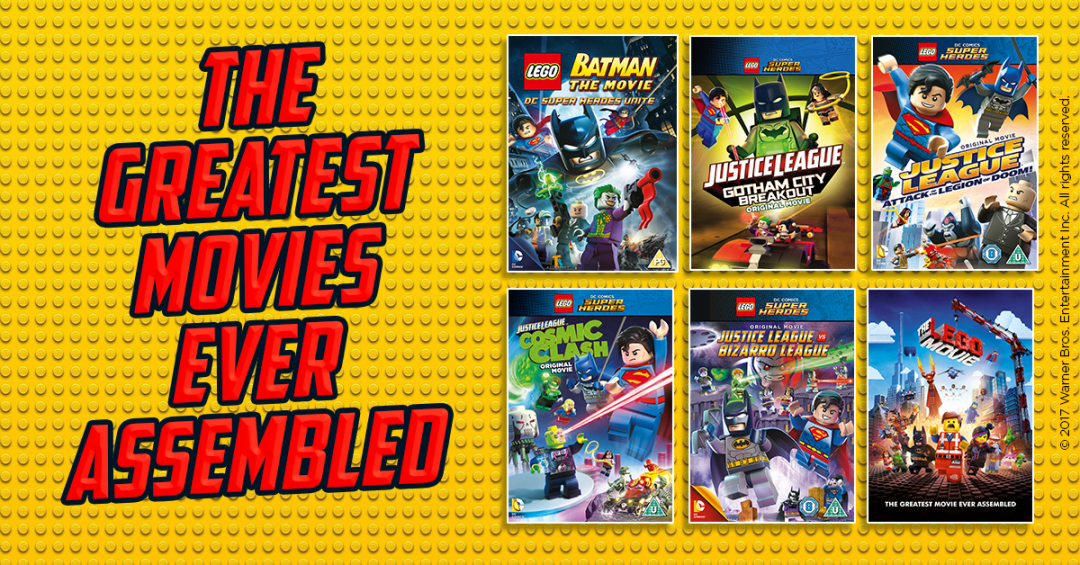 Last weekend my son and I were lucky to attend the premiere of the new LEGO Batman Movie. It was brilliant and we absolutely loved it and can’t wait to see it again when it comes out in cinemas on the 10th February. Lego films are always fun and it inspired us to plan our own Lego-themed movie night in with the whole family.

First of all there will be snacks. Luckily I’ve had some practice making Lego themed food. Everyone loves lego biscuits and simple Lego cupcakes. I’ve also had fun experimenting with Easy Lego Bento ideas, so we have plenty of ideas for snacks.

There are some really fun Lego films, our top 6 are as follows:

When Bruce Wayne receives the man of the year award, fellow billionaire Lex Luthor becomes jealous and decides to run for President. To create the atmosphere for his type of fear-based politics Lex recruits the Joker to perfect a Black LEGO Destructor Ray which wreaks havoc on Gotham. As Lex destroys Batman’s tech, Batman reluctantly turns to Superman for help.

When Batgirl and Nightwing take Batman on a trip down memory lane – literally – to visit a key mentor from Batman’s formative years, the Bat trio encounters old nemeses, and invaders from the center of the earth show Superman and the other Leaguers just how busy Batman is on a regular basis.

Justice League – Attack of The Legion of Doom

The Justice League starts to fall apart when they try to decide who should be nominated as team leader and a new member sows seeds of discontent among them, all while the world’s super villains are forming their own team to destroy the League once and for all.

Can Batman prevail against an unstoppable intergalactic machine with the power to bend time itself!? Until now, the Justice League has triumphed over every foe who has challenged them. But all of those enemies had one thing in common: the were alive! This time, they face Brainiac a super-intelligent invulnerable machine whose mad quest endangers all life in the galaxy! With the fate of the Earth and the Justice League at stake, can the World’s Greatest Detective outsmart the most evil supercomputer in the galaxy?

When Superman decides he can no longer contain his evil mirror image Bizarro in Metropolis he decides to send him back to his home planet. Once there the destructive clone forms his own rival group of superheroes to fight back. But when Darkseid threatens Bizarro’s planet and the entire galaxy Superman and the rest of the Justice League, including Batman, Green Lantern and Wonder Woman, are forced to join forces with their polar opposites in the newly formed Bizarro League to defeat Darkseid and restore order to their universe.

The LEGO movie follows Emmet, who is on an epic quest to stop an evil tyrant from gluing the universe together, a journey for which he is hopelessly and hilariously underprepared.

I find Lego films are perfect for the whole family but I can see us arguing over which one to watch first! If you have a favourite please let me know in the comments below!

If you fancy winning the same bundle of Lego films so you can host a family-friendly Lego night in, then pop over to my Twitter @gingerbread_mum tomorrow to see how you can win all 6 films. 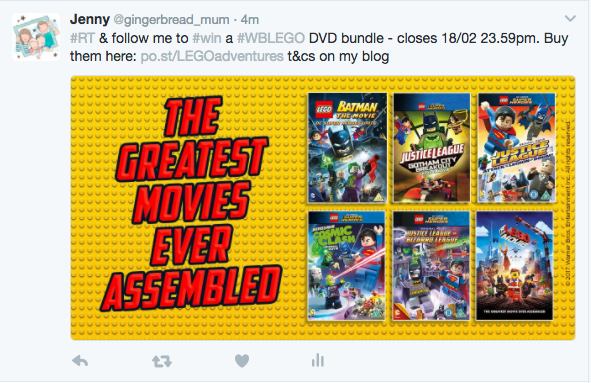