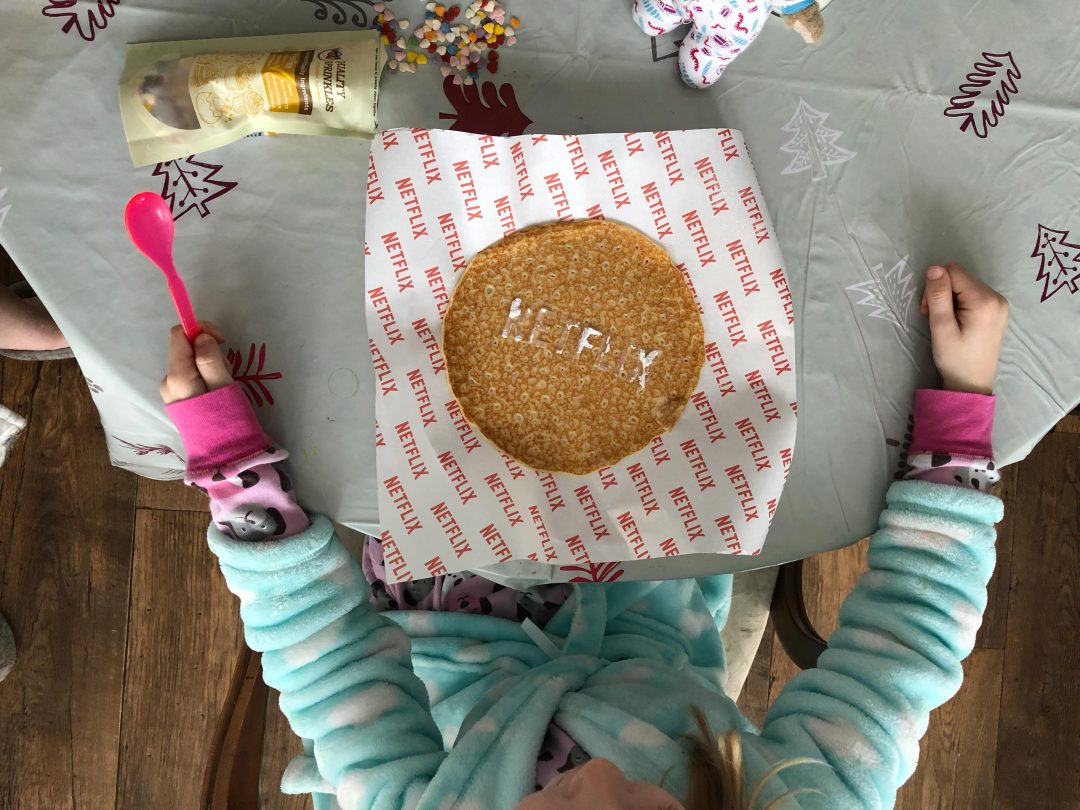 The weather has been pretty poor this half term. We’ve been away for a few days but are now back home to enjoy play dates and hopefully some trips to the park. We started off our day with some special pancakes as we were away for Pancake Day. Netflix had sent us a box of supplies, which the kids thought were pretty cool.

We’ve been watching quite a bit of Netflix recently and were really excited about Altered Carbon. There are 10 episodes in Season 1 which I can’t wait to binge watch over the next few evenings. Since we had children I have to admit that binge watching has become a thing of the past. The children seem to stay up later and later which means we have less time to watch programmes we want. Although since discovering Altered Carbon I’ll definitely be trying to get them to bed early!

Recently Netflix put together the Top 10 First Binge show which were watched in the UK. If you’re anything like the average viewer, your first Netflix binge was probably one of these… 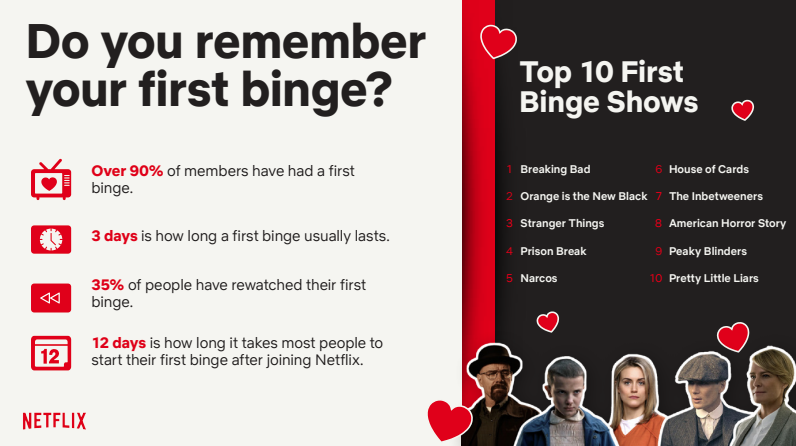 I have to admit to being a pretty average Netflix viewer! Our first Netflix binge was Breaking Bad a few years ago, quickly followed by House of Cards. We watched the first few seasons of Orange is the New Black and loved the first season of Stranger Things and Narcos. Have you binge watched any of these?

It’s been a while since I shared some of the series we’ve discovered on Netflix. Our whole family love Netflix. The children have their own accounts which no-one but them is allowed to touch. They are pretty precious about watching their favourite shows 🙂

I really want to finish watching Altered Carbon which is an American science fiction tv series, based on the 2002 novel of the same title by English author Richard K. Morgan. Set in a future in which interstellar travel is effected by transferring consciousnesses between bodies (“sleeves”), it follows the attempt of Takeshi Kovacs, a former U.N. elite soldier turned private investigator, to investigate a rich man’s death for him. We’re also working our way through Season 4 of Black Mirror and Strange Things 2. What are you watching at the moment?