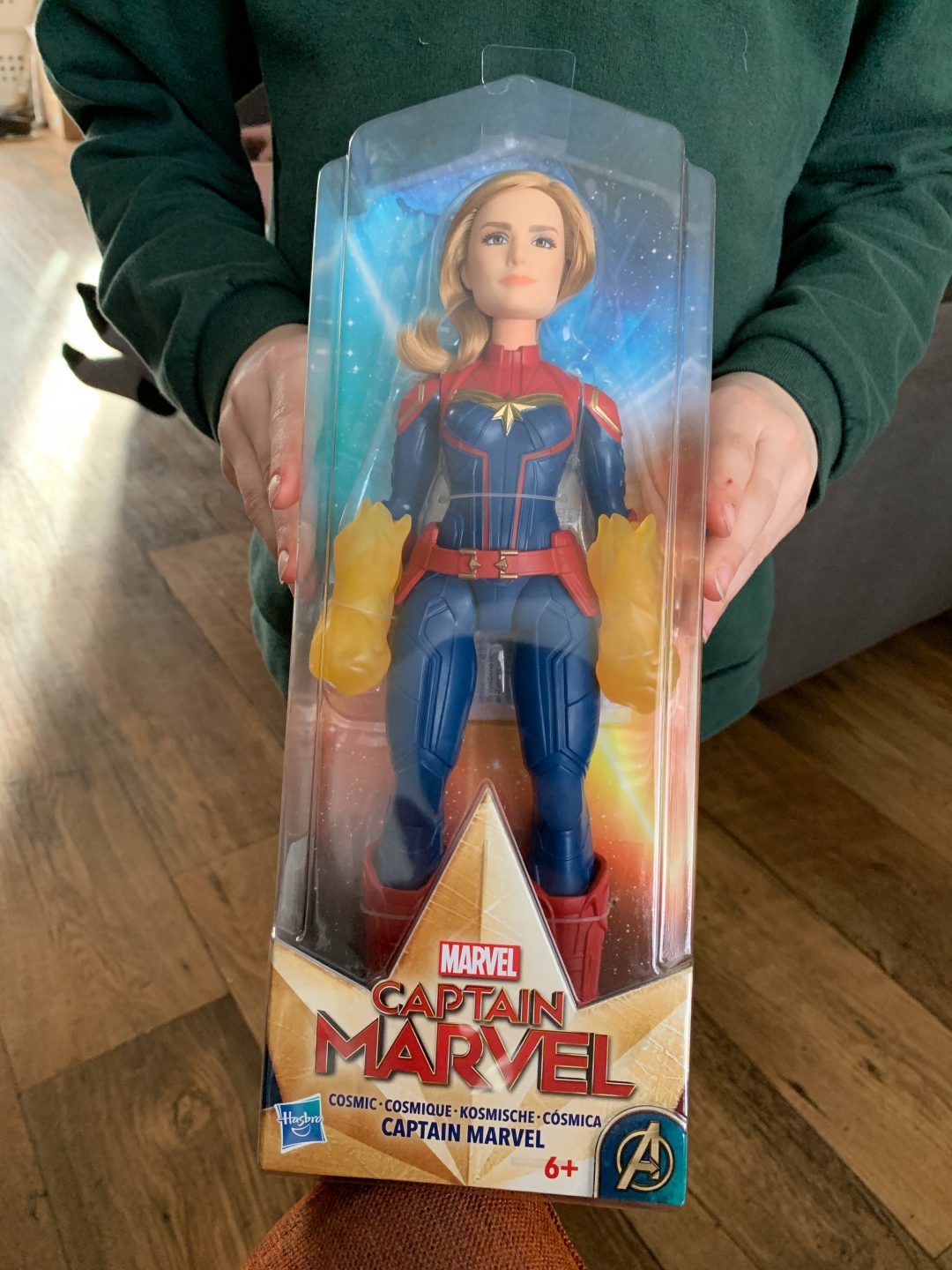 Captain Marvel (aka Carol Danvers) is an extraterrestrial Kree warrior who finds herself caught in the middle of an intergalactic battle between her people and the Skrulls. Living on Earth in 1995, she keeps having recurring memories of another life as U.S. Air Force pilot Carol Danvers. With help from Nick Fury, Captain Marvel tries to uncover the secrets of her past while harnessing her special superpowers to end the war with the evil Skrulls.

I saw an interview with Bree Larson last week and I just can’t wait to go and watch the film with my children. She’s such a great actor and obviously enjoyed making the film. My children love action dolls so we were excited to see the new Marvel Captain Marvel super hero doll from Hasbro. It’s easy to re-imagine the action at home with it. 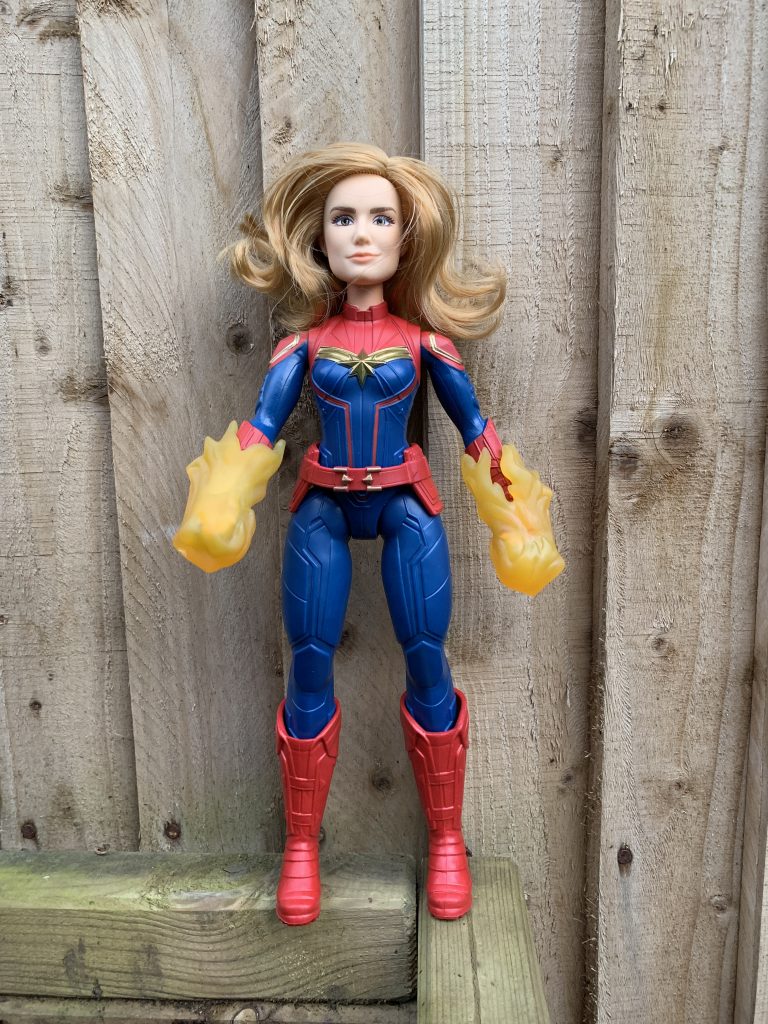 The 30cm articulated Captain Marvel doll with rooted har is the Cosmic version, there is at least one other version wearing different clothes which comes with Marvels Goose. The Cosmic version we had shows her super hero outfit with red belt, red boots and red cuffs. She has two blast accessories which can be taken off. She’s a great addition to the range of action dolls that my children have. I like that she has realistic proportions and is a great role model for my daughter to aspire too. 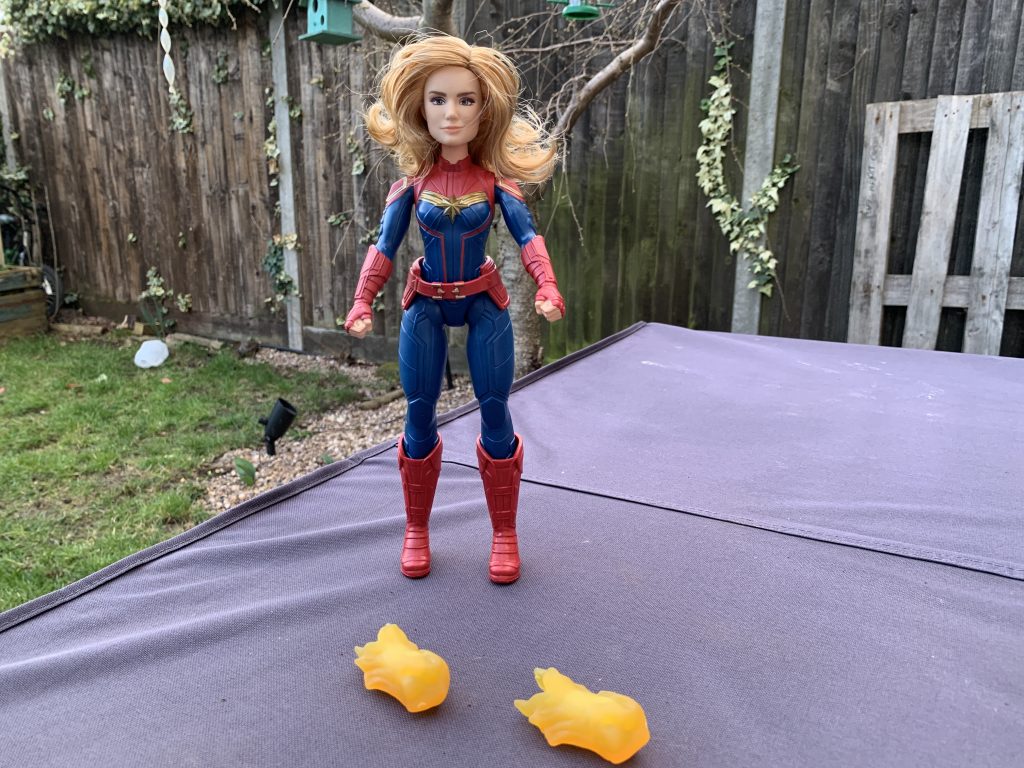 The Cosmic Captain Marvel super hero doll from Hasbro costs around £12.99 and is available from Smyths, The Entertainer, Amazon and all good toy shops.

You may also be interested in our other Marvel posts: