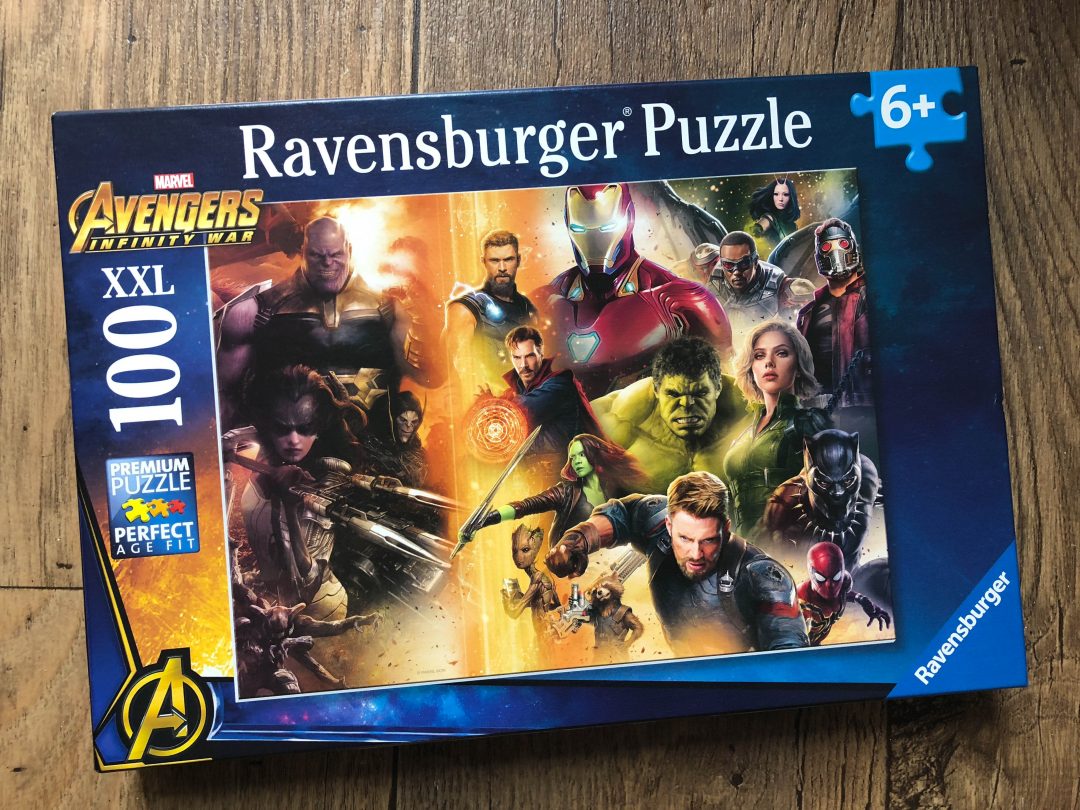 Iron Man, Thor, the Hulk and the rest of the Avengers unite to battle their most powerful enemy yet – the evil Thanos (you may remember him from a teaser in the end credits of Age of Ultron). On a mission to collect all six Infinity Stones, Thanos plans to use the artifacts to inflict his twisted will on reality. The fate of the planet and existence itself has never been more uncertain as everything the Avengers have fought for has led up to this moment.

We were sent the Ravensburger Avengers Infinity War XXL 100 Piece Puzzle to review. Both my children enjoy jigsaw puzzles and the poor weather meant this has been played with plenty of time recently. 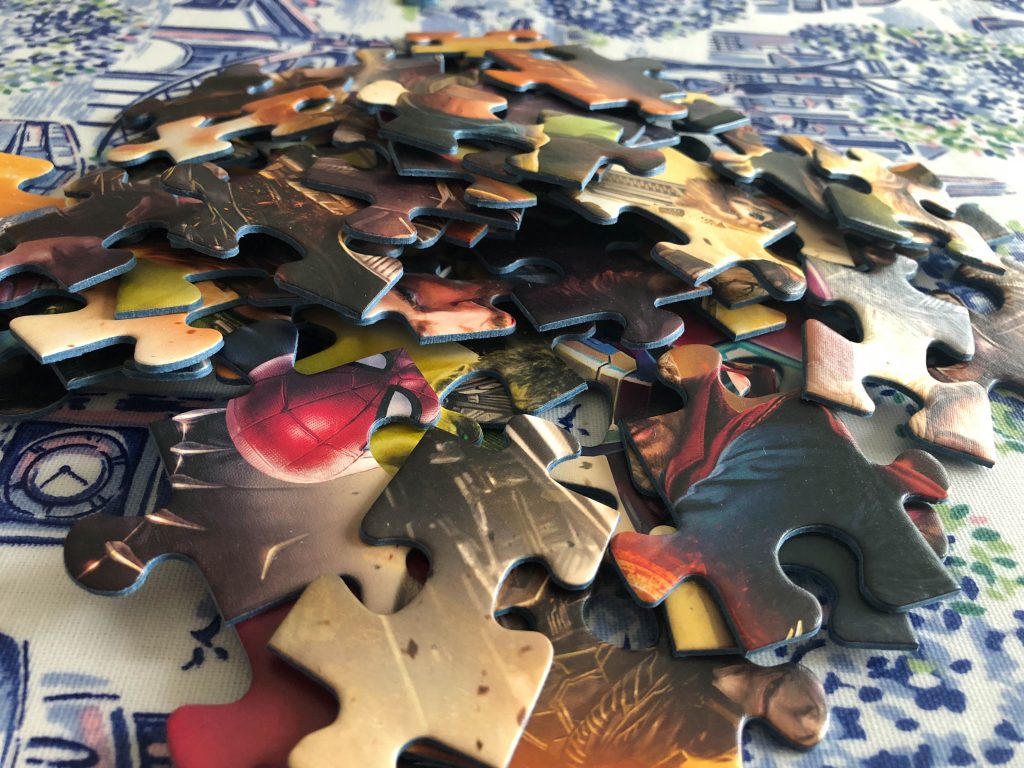 My children are 6 and 8 and the Avengers Infinity War jigsaw is meant for ages 6 and over. It has just over 100 pieces and they are nice and sturdy, definitely strong enough to stand up to my two children.

I did this puzzle with my daughter again this afternoon and we had fun trying to identify all our favourite Avengers characters. She absolutely adores Guardians of the Galaxy so loved to spot Rocket and Groot. This is a really fun jigsaw puzzle for kids and has got us really excited to watch Avengers: Infinity War when it is released later this month. 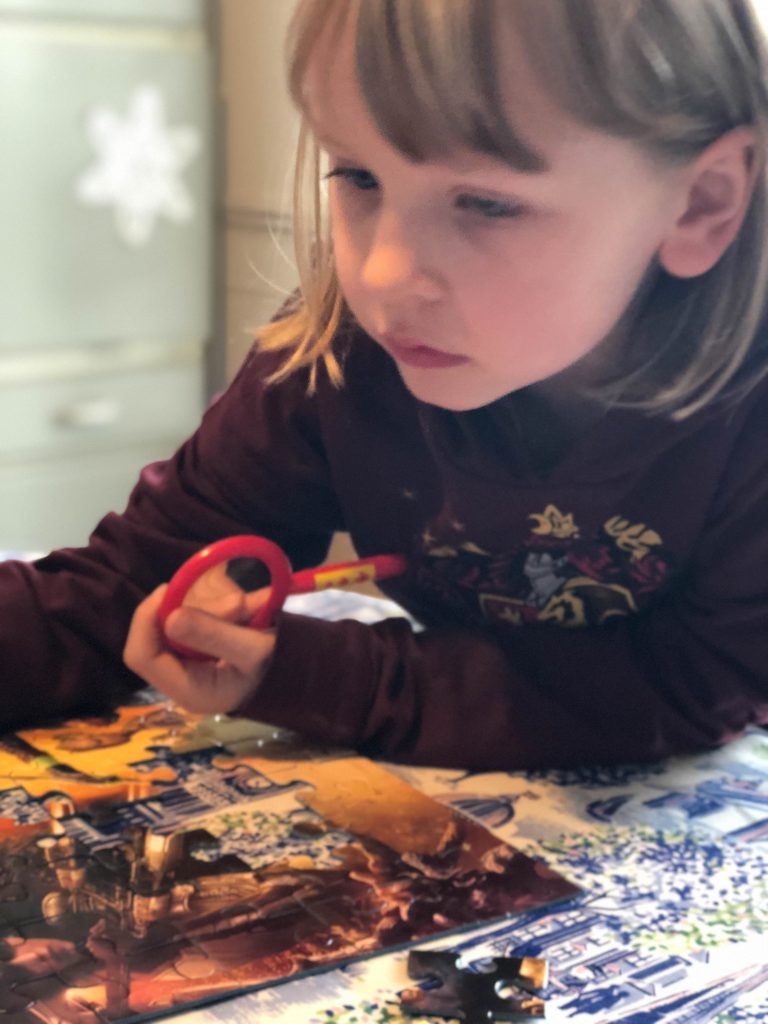 The Ravensburger Avengers Infinity War XXL 100 Piece Puzzle costs around £8.99 and is available from all good toy shops.