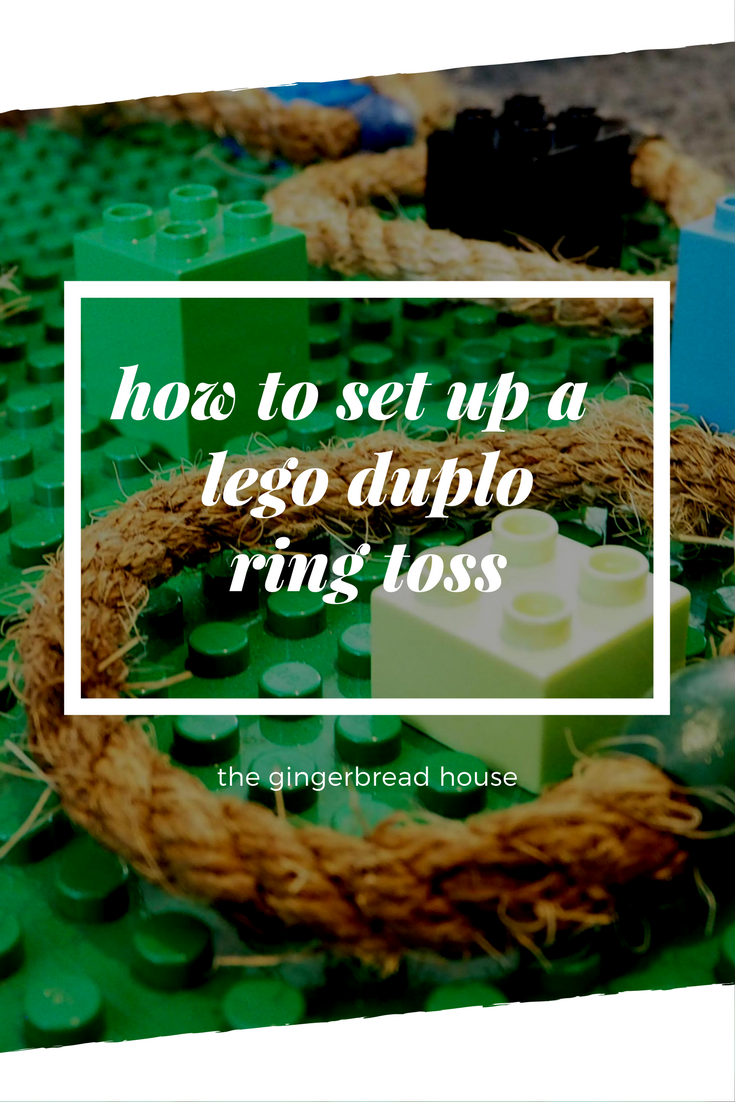 Lego bricks are something that get played with a lot in our house. There are always some random creations on shelves that I’m not allowed to touch. I think that every home with children must contain some lego bricks so for this weeks’ A-Z Play at Home post we used our lego duplo to create a game.

Lego Duplo bricks are chunky and colourful and very quick to build with. We based our Lego Ring Toss on quoits, a traditional game of skills and accuracy.

I challenged my 7 year old to find a lego base board and sort the lego bricks into colours. 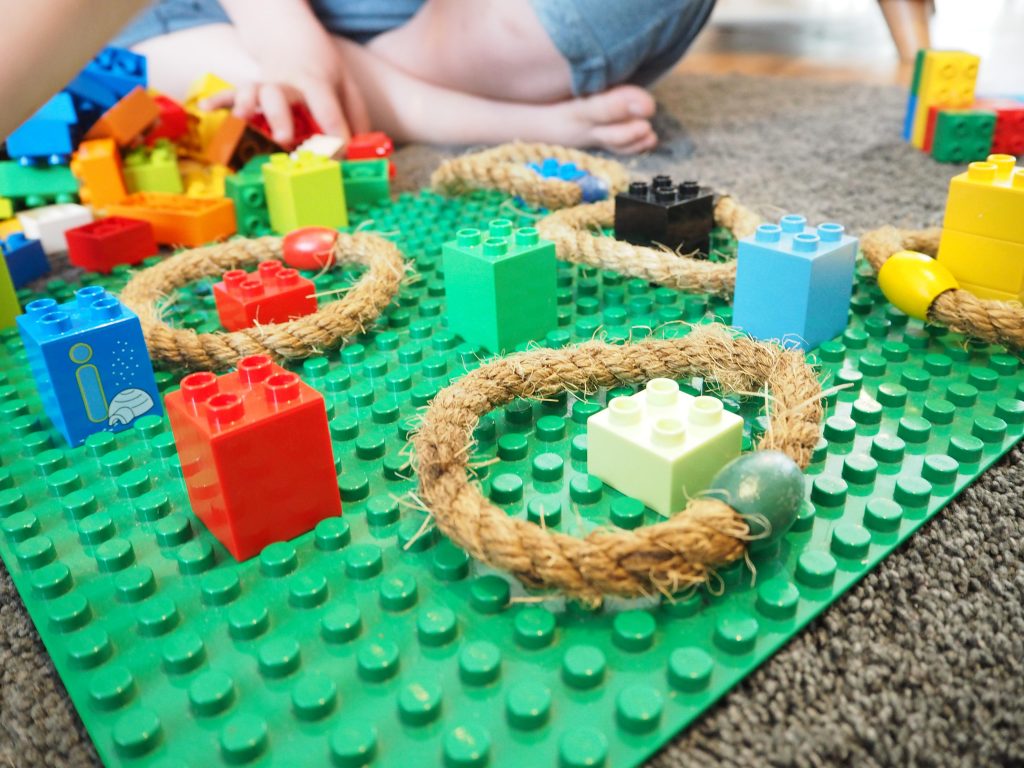 When he’d done this he built four towers with the lego bricks of varying height. The idea was to throw rope circles (from a real set of quoits) over the different towers. Points would be awarded for getting the ring over the tower, with more points for the towers further away. 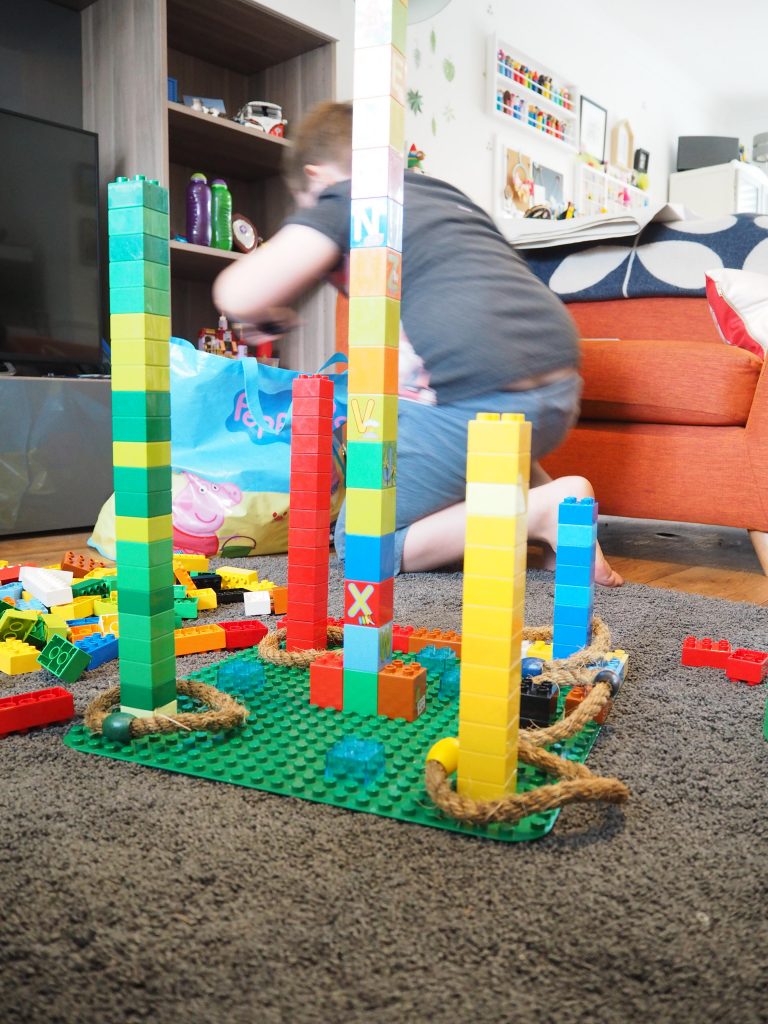 Both of the children had a go at this and then they made the towers taller and taller until the weight of the rope hitting them broke them! I liked the fact they could experiment with the lego bricks and it was super simple to rebuild when a tower did break. 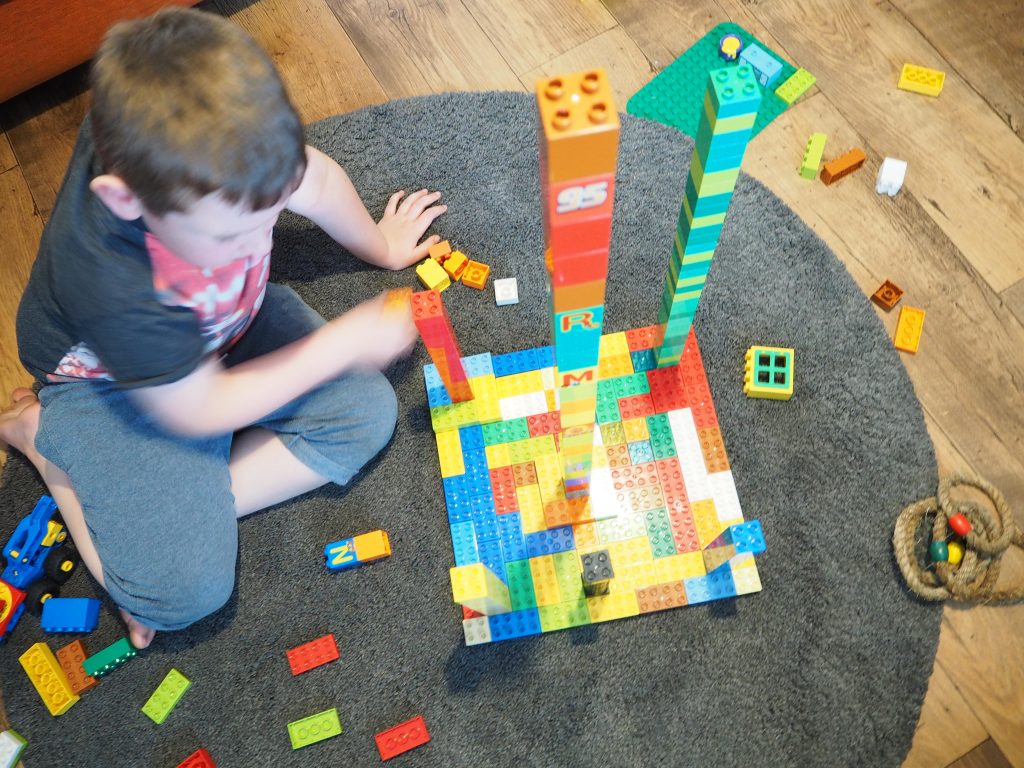 This was quick to build and quick to put away so will make a great game to keep them busy over the summer holiday. Next time I might encourage to build it outside though! 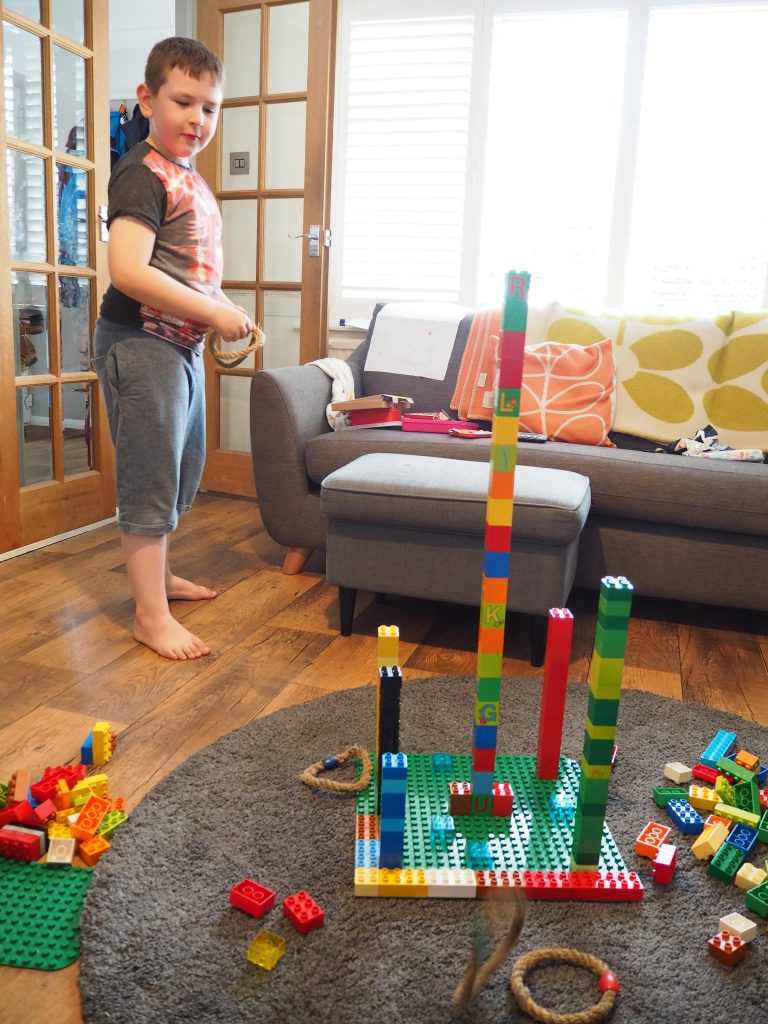 Other play at home ideas inspired by the letter L:
Easy Light Table ideas for infants and toddlers from Bambini Travel
Lego City from Teach Me Mommy