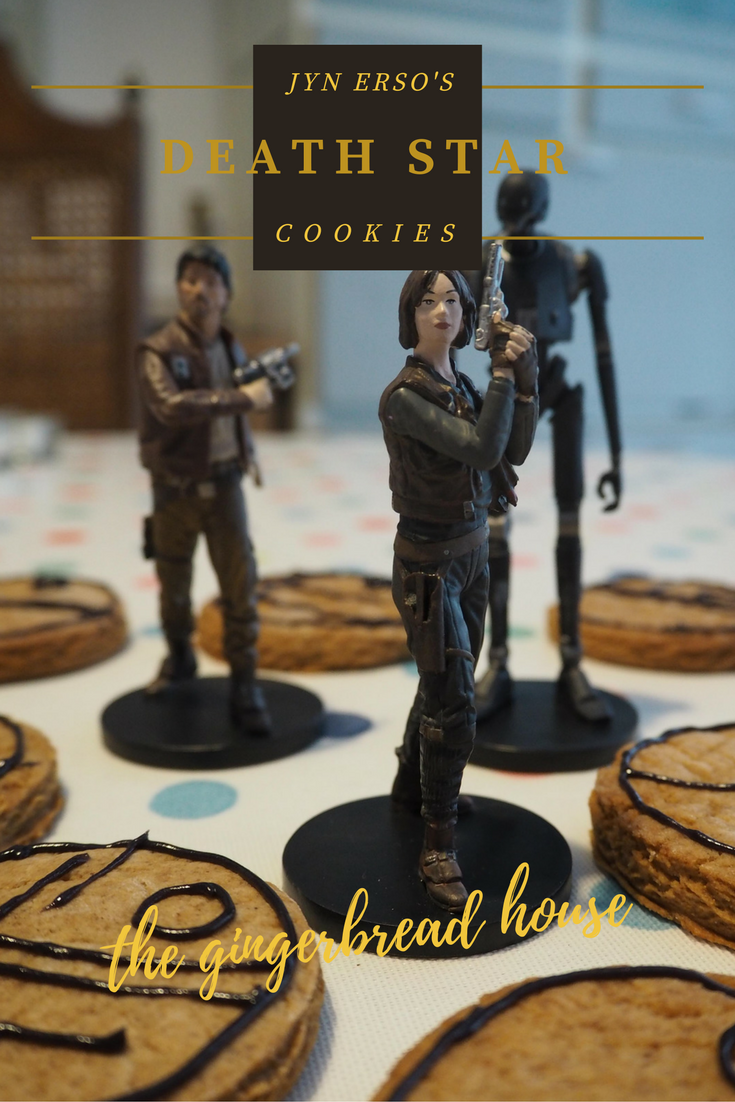 Having a 6 year old who is obsessed with Star Wars can be hard work. Since watching Rogue One and receiving lots of books about it at Christmas, means every time he opens his mouth he’s talking about Star Wars. I’ve seen the film too, and loved it. My children went back to school this week and I wanted to make them a fun after school snack. You know I love making gingerbread so I made a batch of gingerbread cookies, and named them Jyn Erso’s Death Star cookies.

If you’ve watched Rogue One: A Star Wars Story you will know that it takes place just before Star Wars IV A New Hope. In Rogue One the Rebel Alliance makes a risky move to steal the plans for the Death Star, setting up the epic saga to follow. I like to think that women play a pretty big role in Star Wars but this is the first Star Wars film where the main character is female. Jyn Erso isn’t quite as tough as the trailers led me to believe, but she’s still a good female character. I’ve named my latest batch of gingerbread cookies after her!

My Rogue One gingerbread cookies are made using my usual gingerbread recipe found here. I cut them into round cookies so I could make them into mini Death Star cookies. 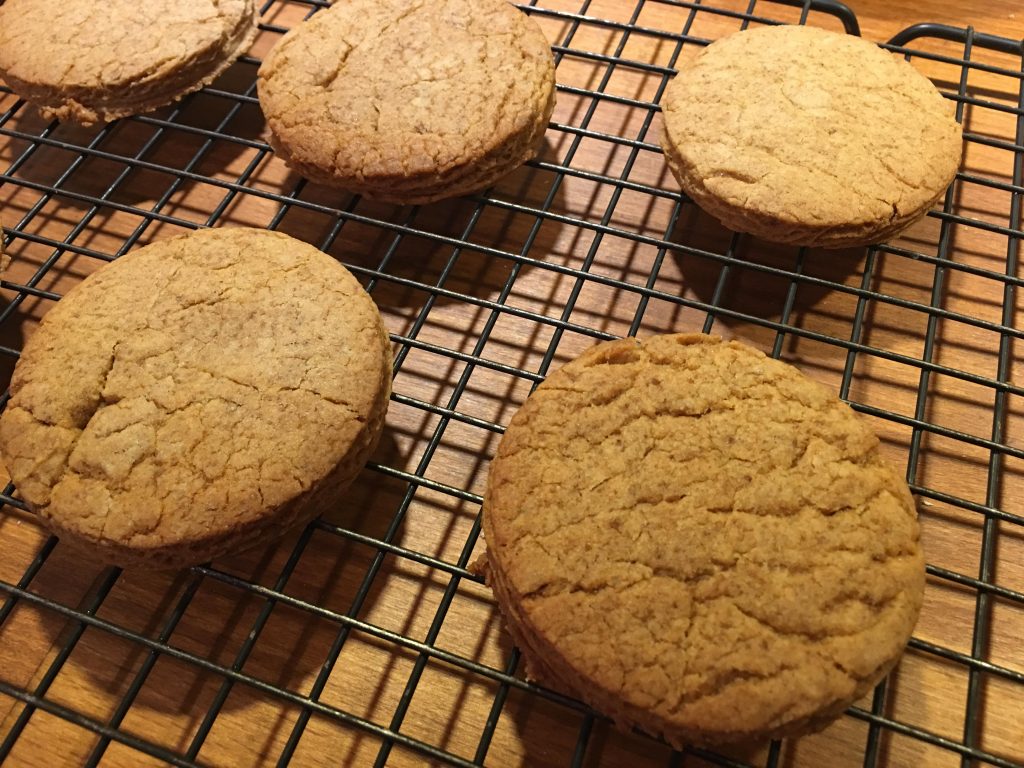 When they had cooled down I decorated them with black icing to look like mini Death Stars. I was originally going to cover them with grey icing and ice them but there just don’t seem to be enough hours in the day! 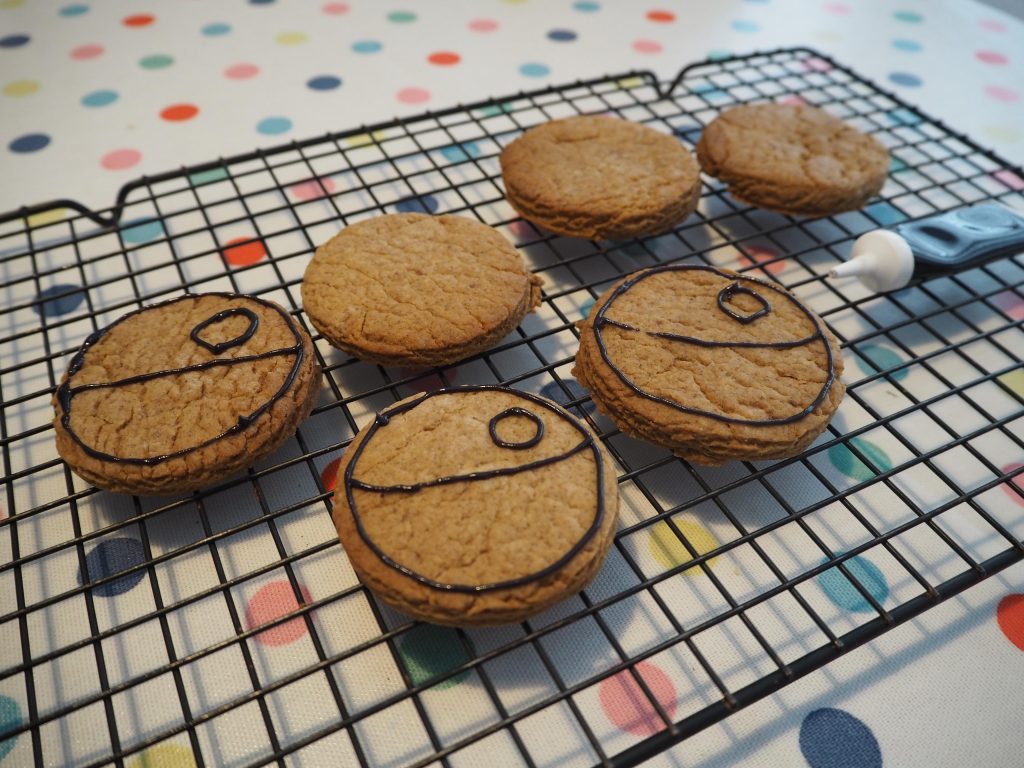 I made them all slightly different but hopefully recognisable. My Death Star or DS-1 Orbital Battle Station cookies each had the large concave dish in the northern hemisphere. The children loved them when they saw them! 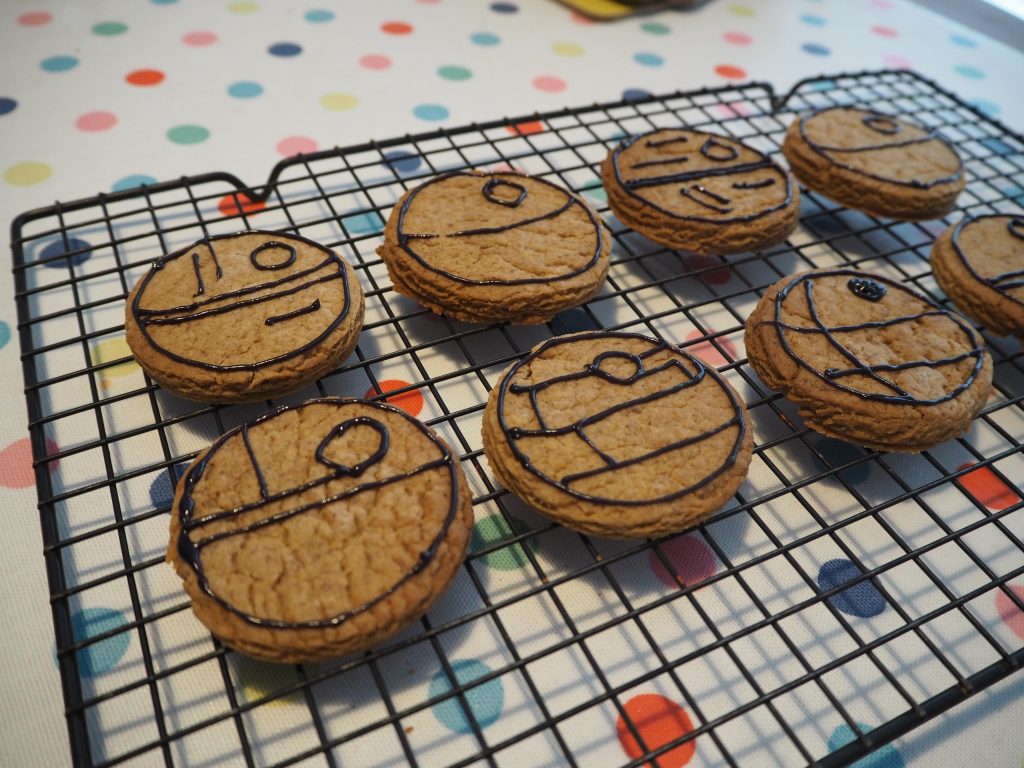 I had a fun little photoshoot with my son’s Rogue One figures and left them out with the cookies so the children found them when they got home. 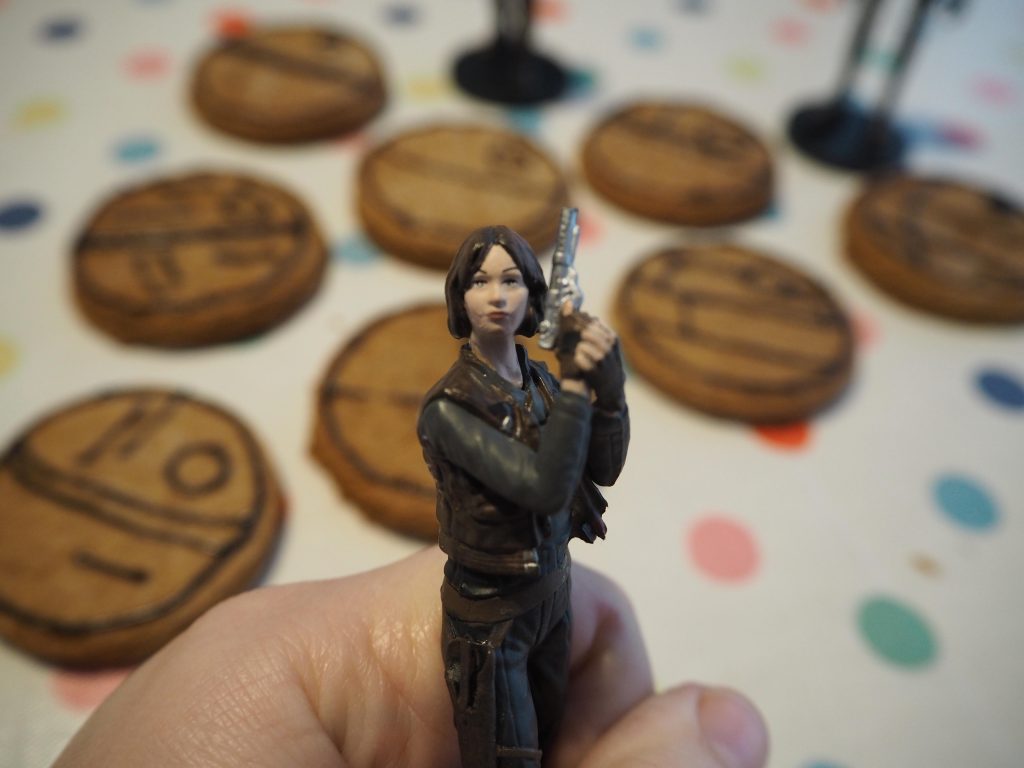