How to Train Your Dragon: The Hidden World dragon toys review 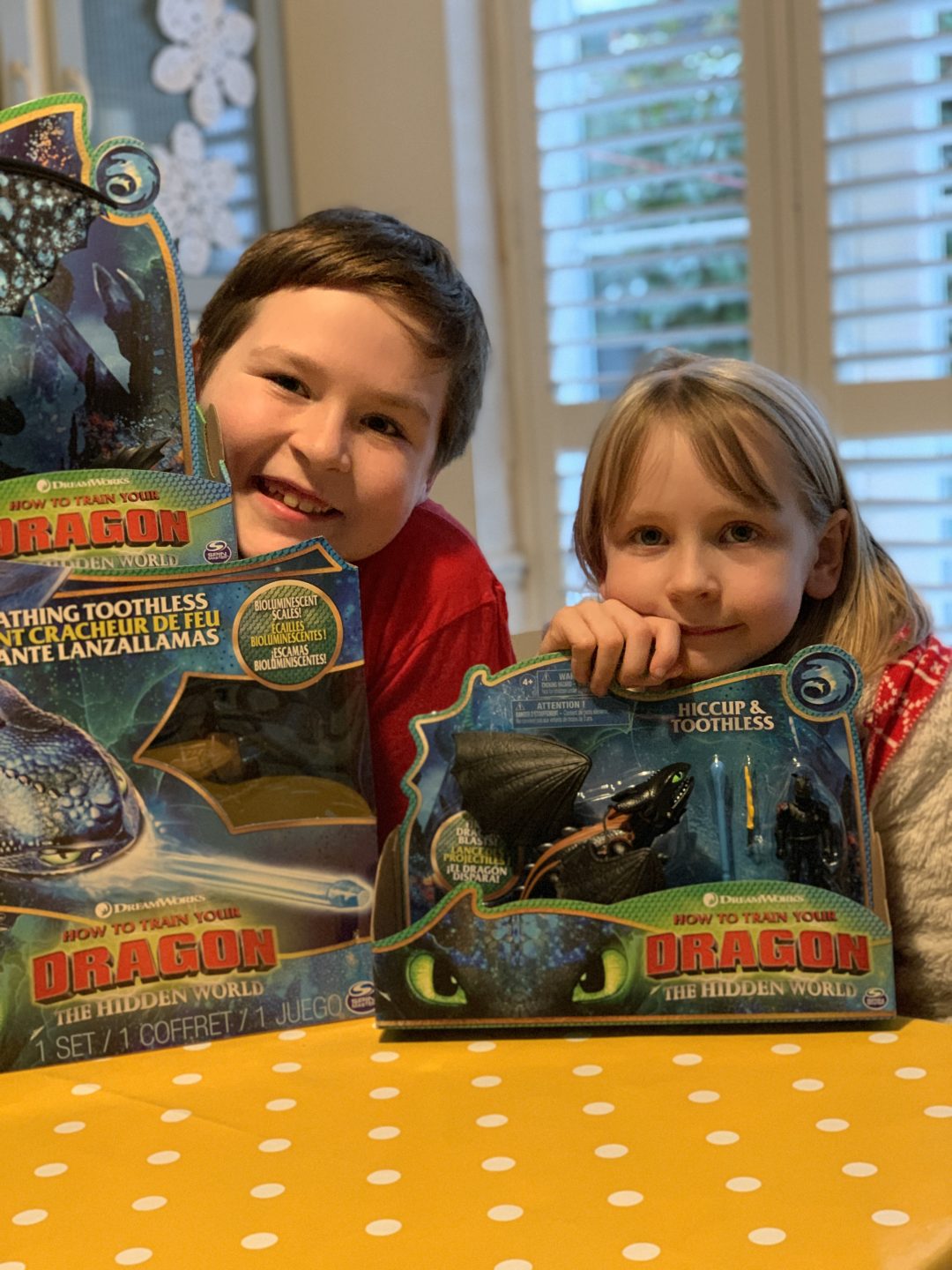 A few weeks ago we were lucky to be invited to an immersive screening of the How to Train Your Dragon: The Hidden World film. We had so much fun and loved the film. Have you seen it yet? It’s a lovely film. The sudden appearance of a female Light Fury coincides with the darkest threat the village of Berk has ever faced. Hiccup and Toothless must leave the only home they’ve known and journey to a hidden world thought only to exist in myth. As their true destines are revealed, dragon and rider will fight together-to the very ends of the Earth-to protect everything they’ve grown to treasure.

How to Train Your Dragon: The Hidden World toys from SpinMaster

We were fortunate to be sent some exciting new toys from Spin Master. Perfect for fans of How to Train Your Dragon, they allow children to recreate the magic of the film at home. The range includes new Dragon and Viking sets, Deluxe Dragons and the amazing Giant Fire Breathing Toothless! These fully poseable Dragons and figures feature very detailed sculpting, and look just like their film characters!

Dragon and Viking Figure Sets
There are 5 of these dragon and figure sets to collect and we received DreamWorks Dragons Toothless and Hiccup. Each Viking figure has authentic armour (as seen in the film), a removable weapon, and poseable head, arms, and legs. Each dragon figure has movable wings and legs so you can create battle-ready poses.  You can load the projectile into Toothless’s mouth, then pull back her left leg to launch an attack. 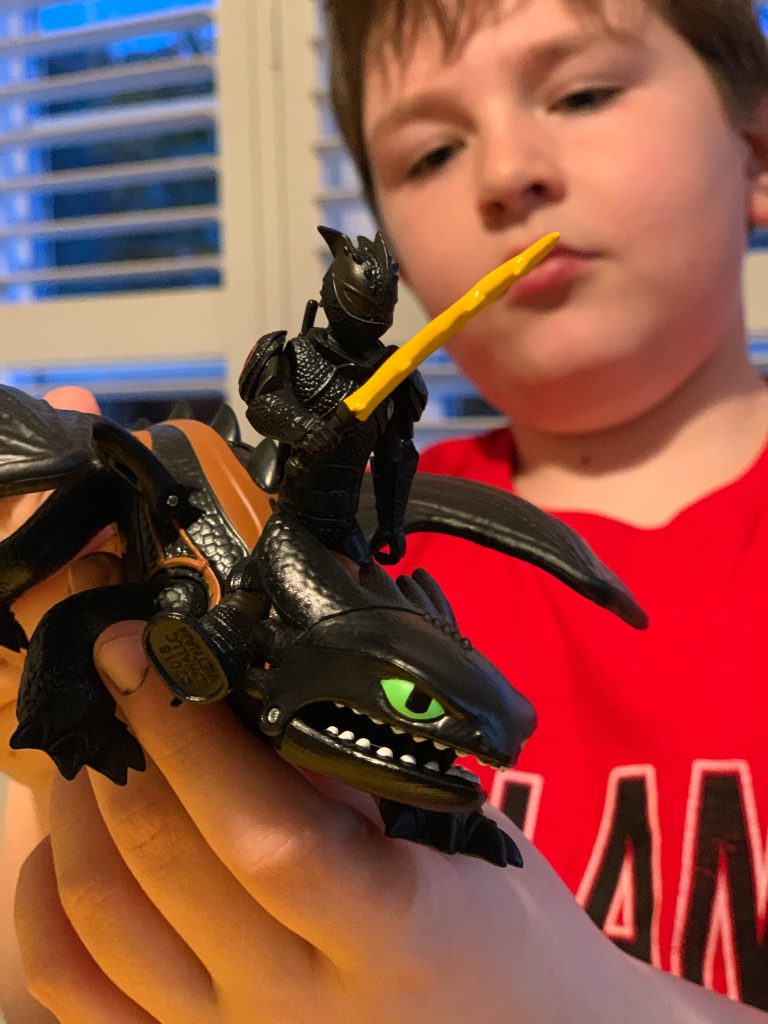 Deluxe Dragon
The deluxe range features two slightly larger dragons – Toothless and Lightfury. We received DreamWorks Dragons Toothless Deluxe Lights and Sounds. Get ready for roaring dragon fun! Collect your favourite dragons in a deluxe size with glowing lights and dragon attack sounds! Plus, each dragon has a special action feature. Hiccup’s dragon is ready to soar— just push the button on his back to pop open his bioluminescent fabric wings and activate lights and sounds. Toothless has detailed sculpting and looks just like he does in the film. 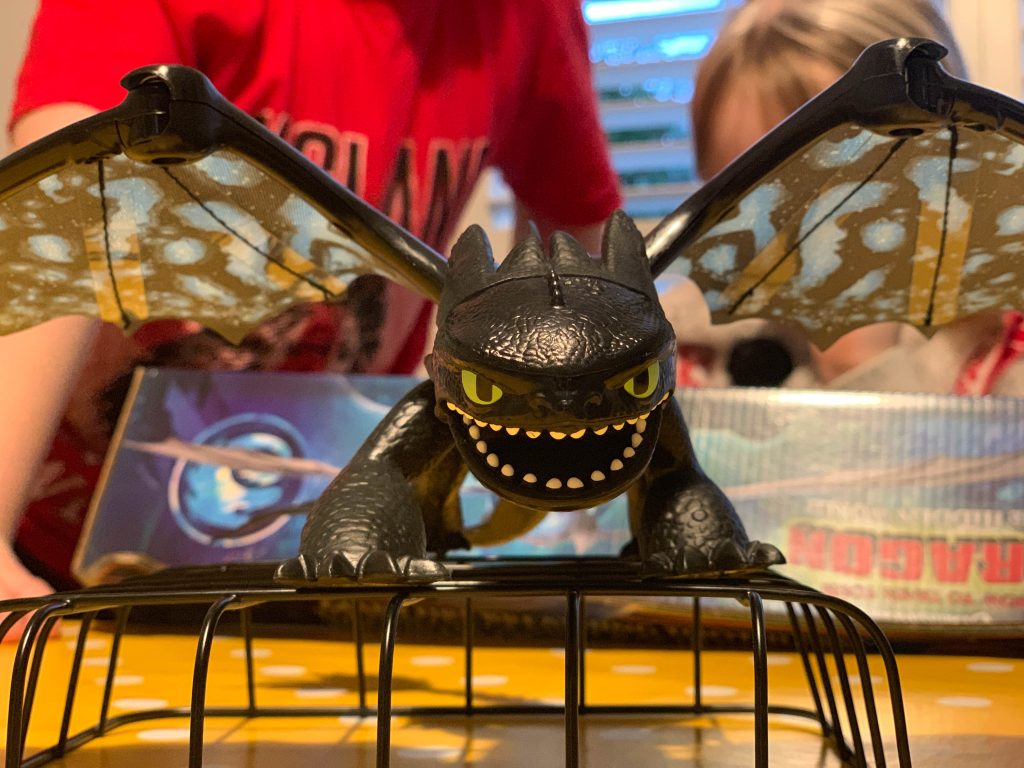 Giant Fire Breathing Toothless
Measuring over 20 inches long with 22-inch, pull-open wings, Giant Fire Breathing Toothless is loaded with exciting battle features. Bring Toothless to life with amazing, fire breathing effects. Fill the pack on his back with water using the dropper included. Then push the button behind his left ear to activate lights and smoke-like puffs of dragon’s breath. Load a glow-in-the-dark projectile into his mouth and push the button behind his right ear to fire! I think this was our favourite toy although sadly we couldn’t get the projectile to fire at all.

You can combine Giant Fire Breathing Toothless with the smaller Dragon and Viking figure sets (sold separately). Viking figures can ride on the special saddle on Toothless’ back for an awesome dragon and rider adventure! 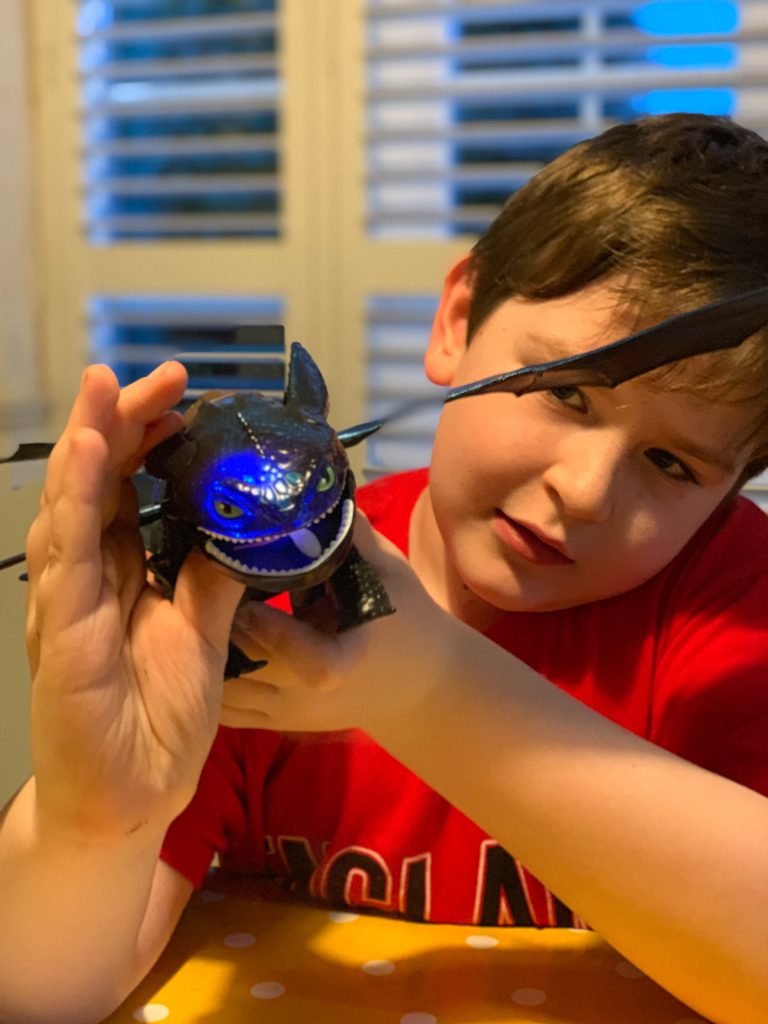 The new toys are priced between £14.99 and £34.99 and available to buy at The Entertainer, Smyths Toy Stores, Amazon and Argos.